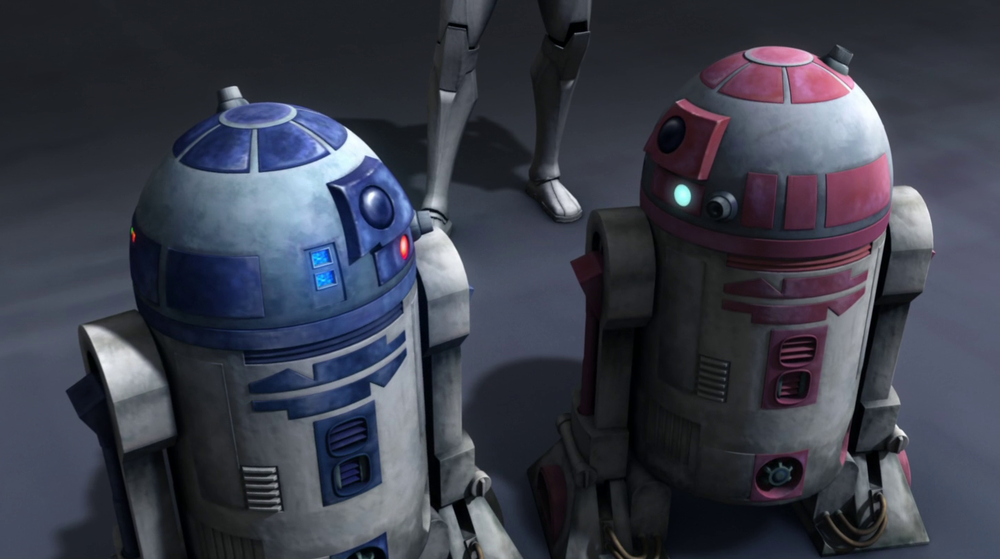 One of the unfortunate things about the Yoda Chronicles sets being mostly flops was that we never got aÂ fantastic R2-KTÂ minifig, which was featured in the non-canon cartoon. She of course later became “canon” because of a couple of appearances in the Clone Wars, which is pretty awesome. Well, kind of. That one was called QT-KT, and there’s never been official confirmation that they’re the same astromech, but I want to believe!Â Albin Johnson, founder of the 501st Legion, confirmed that everyone’s favorite pink astromech is also going to show up in some form in the The Force Awakens.

While it’s easy to go cynical and dismiss it as pinkification, the story behind KT is actually a lot sadder (and makes the 501st even more awesome). KT is in fact named after Albin’s daughter, Katie,Â who died shortly after the droid was made from brain cancer. The color was her choice, and the droid was intended to watch over her. She, along with several members of the 501st, still travel to events and children’s hospitals as a way to cheer up sick kids. Big props to Lucasfilm for getting her in the movie. I also look forward to a minifig version in an expensive set, or, if LEGO wants to be awesome… a promo polybag? Please? (via The Mary Sue).

There’s also news that The Force Awakens has earned a PG-13 rating. Of course, ratings basically mean nothing these days, since it’s straight up arbitrary and random most of the time. Revenge of the Sith is the only Star Wars film to have the same rating, but that ignores that the OT was released before there was a PG-13 rating. Regardless,Â plenty of kids are going to see this movie. Some of them probably on opening night. And many more times after that without parent supervision, I’m sure.

We’ve also gotten a couple of new teasers, including one that’s heavy on the Dark Side, featuring Kylo Ren in all his flickery, growly glory.

We also get a touch of Han Solo… looking especially old for some reason. You’d think he was in his 70s or something. Yeah, I think I want to see this movie when it comes out.