I am trying something new and recruited a friend to do this review. This person made a comment somewhere on social media and it really spoke to me, like I found my spirit animal. So I asked if they wanted to channel more of that rage into a review for a guest spot, the person agreed, and here are we are. This person wanted to remain anonymous;Â  I obliged and we came up with the psuedonym “The Tired Reviewer”. I know, it sounds like me, but I swear it isn’t. We might just be in the same place in life when it comes to LEGO, AFOLs, and all the related shenanigans. Hence why I think I like this person so much. So without further ado, here it is, a guest review of 76054 Batman: Scarecrow Harvest of Fear by The Tired Reviewer.

I donâ€™t review a lot of sets, or buy that many for that matter, but when I saw this beauty, Batman:Scarecrow Harvest of Fear 76054, I knew I had to drop some cash and build. On first glance, it has everything a super hero/Lego fan really, really wants: A tractor and a combine. But not just any combine, no, a souped up fear inducing combine!!! (The tractor is well, just a regular tractor.) 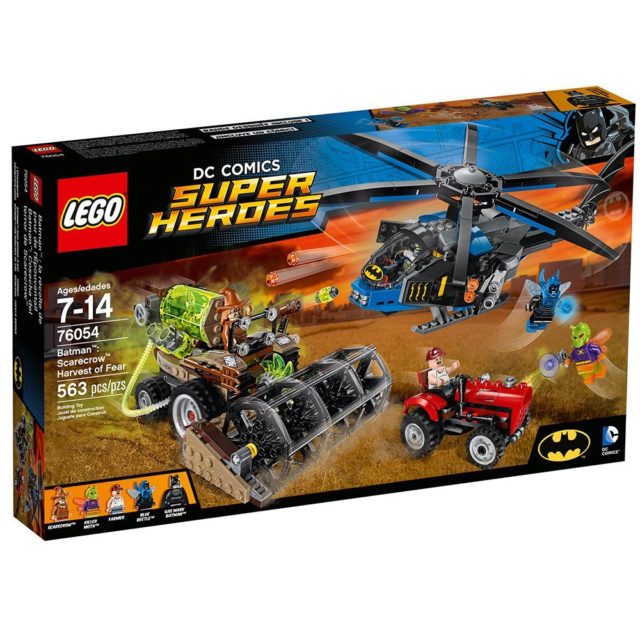 I tried to put the â€œstoryâ€ behind this set together in my mind, puzzling over the set of circumstances that led to this chain of events, resulting in a Bat-copter assault on a farmerâ€™s field, involving Blue Beetle and Killer Moth, while Scarecrow harvests either his fear potions, or possibly the stereotypical redneck farmer (check out those lifelike stains on his undershirt!). 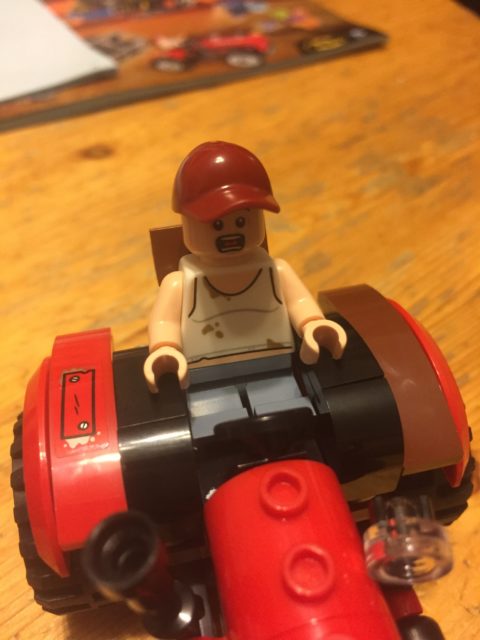 I think it goes something like this: Scarecrow is growing tired of both rising power costs and the rent on an inner-city warehouse for growing his fear toxins, because you canâ€™t just order the components from China, you need to cultivate this stuff. Also, Batman is constantly foiling his plans (see set 740931: Batman:Grow-Op Takedown, featuring Plastic-Man and Brother Blood). So Scarecrow decides to take to the fields just outside of Gotham, where he can grow his toxins in peace. He finds a field that he hopes some farmer will ignore, maybe think â€œHuh, I donâ€™t remember planting these glowing green plants, I thought it was cauliflower. Oh well, not to worry. Damn, spilled some chili on my shirt, better take it off. Damn! It got on my undershirt as well. Oh well, nothing I can do about that.â€ One night, scarecrow decides itâ€™s time to HARVEST SOME FEAR! 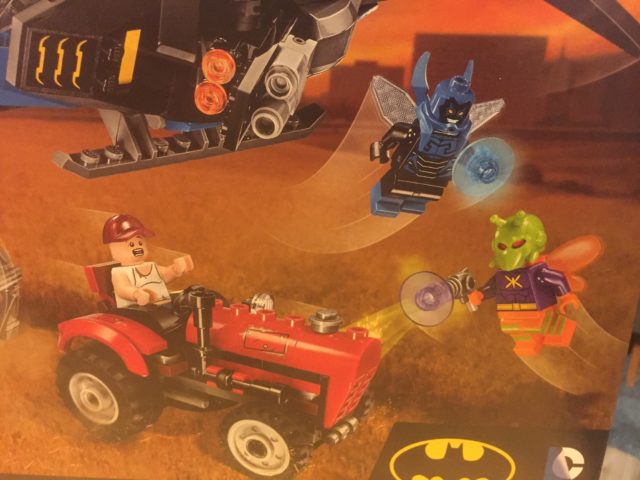 Scarecrow calls up Kiler Moth and says â€œHey bud, need some help tonight, Iâ€™m harvesting some feat stuff out in the country tonight, need some backup.â€ Killer Moth is all â€œyeah, sure thing, I was bored anywaysâ€. Or maybe Killer Moth wasnâ€™t invited, just happened to be in that field at the same time? Either choice is pretty dumb. SO the two of them are in the field, harvesting away, when the farmer rolls by in his tractor to check things out, and HOLY CRAP! Supervillains are working his field! He tries to flee, but is chased down by Scarecrow in a combine that he â€¦â€¦oh letâ€™s say he stole it somewhere, and slowly drove it to the field. Out of nowhere, Batman appears in his Bat-Copter, with Blue Beetle in tow. Maybe it was tennis night or something, and BB decides to tag along when Batman says â€œI gotta go check out this report of some green glowing stuff growing out in the country. Could be troubleâ€. They arrive, and chaos ensues. Â

Thatâ€™s the scenario as I imagine it. I canâ€™t fathom what would compel Lego to come up with this idea, nevermind actually design, and release it as a set. I suspect this set will be the one the execs point at when they say â€œwe need to reign things in here guys, youâ€™re getting out of hand.â€ Have we exhausted all the ideas for Batman sets that the idea of a Batman Farm set was a good idea?

Okay ,so people like when you tell them about neat parts and whatâ€™s in the set and such, so here you go. Thereâ€™s a bunch of super normal pieces, and a few helicopter type pieces and such. 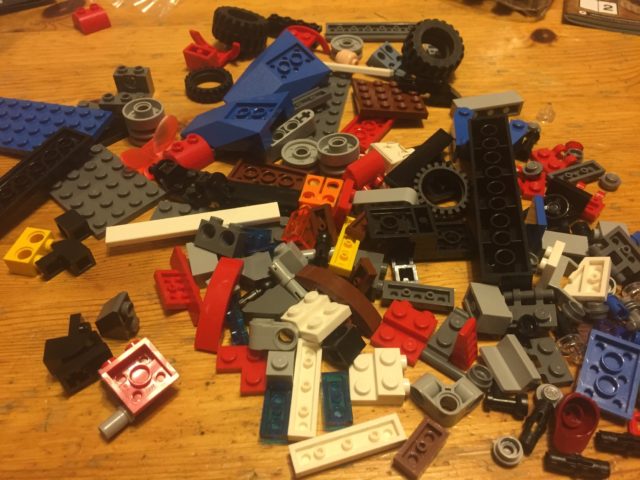 Nothing really exciting, except for maybe these silver machine type pieces. 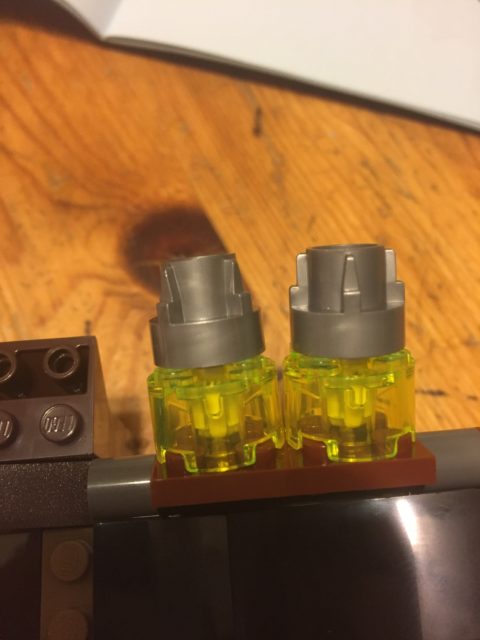 I donâ€™t know what theyâ€™re called, or their piece number ,but I suspect if you care, you either already know, or just went and looked them up on Brickset. That reminded me I could just look the set up on Brickset. Itâ€™s called â€œmiddle ringâ€ part 6123838.Â 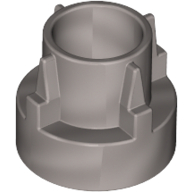 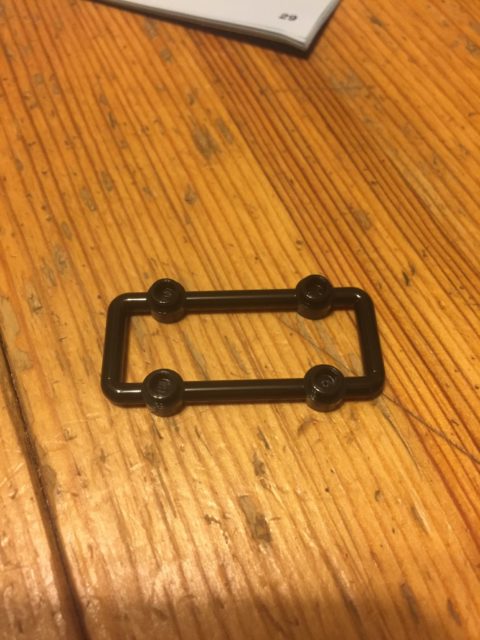 Hey, they did a review too. They used words like â€œinterestingâ€ and â€œintriguingâ€, which are words you use when someone has provided the set for free, and you donâ€™t want to use words like â€œreally dumbâ€ and â€œill-advisedâ€. I paid for this thing, so Iâ€™m going with â€œdesigned on a dareâ€ and â€œthisâ€™ll sell like hotcakes in Idahoâ€. 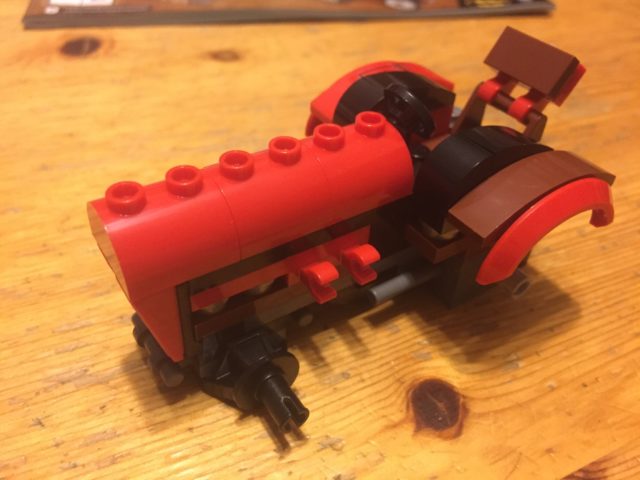 The first bag was building the tractor and then the copter. The tractor is decent, easy to build, and unremarkable. The copter has some side assemblies that you attach, some big guns and such. 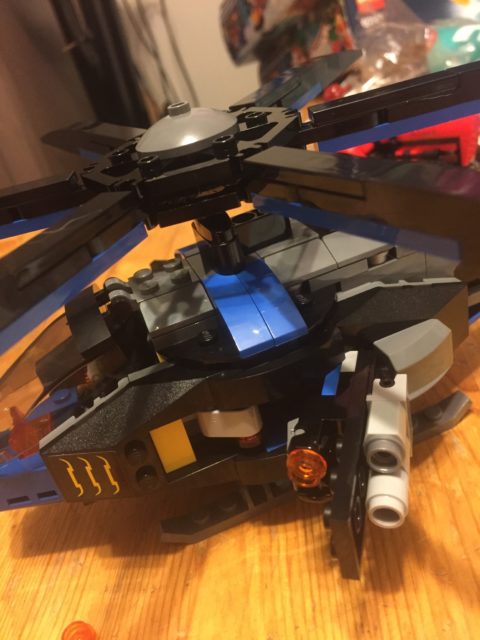 The Combine is final part of the build, and super weird. 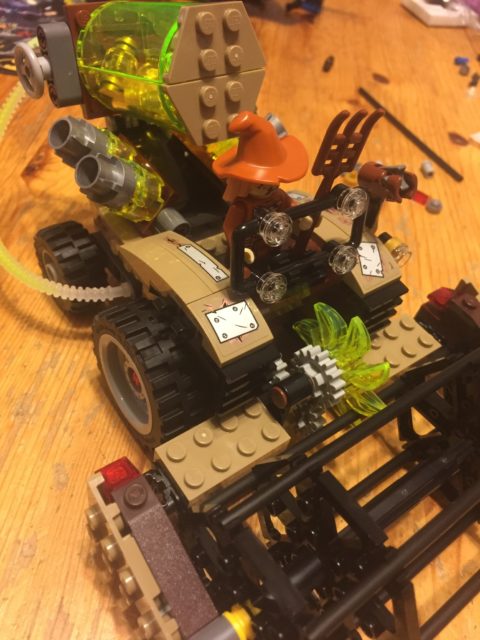 The â€œthresherâ€ (I have no idea if thatâ€™s what the big thing at the front is called, Iâ€™m certainly not looking it up) is built with some rings and tubes. Itâ€™s a bit flimsy, but it spins when you move the combine, and you can fit the farmer in there with relatively no problem. At the back thereâ€™s a chamber that the farmer or the fear thingers fit in. 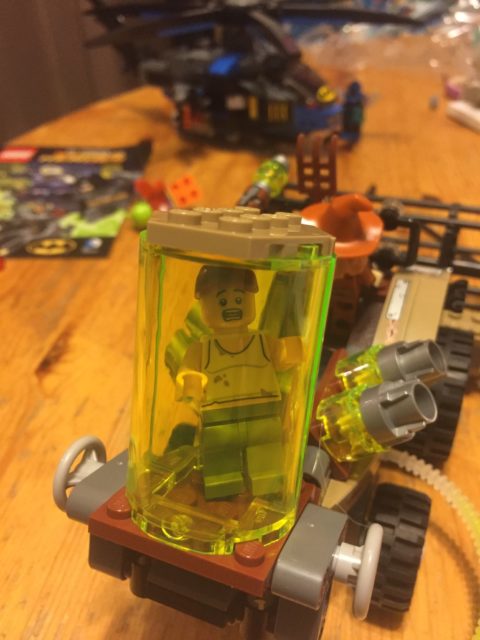 You canâ€™t actually run over the farmer and have him appear in the chamber. I tried, like 6 times. Canâ€™t be done. 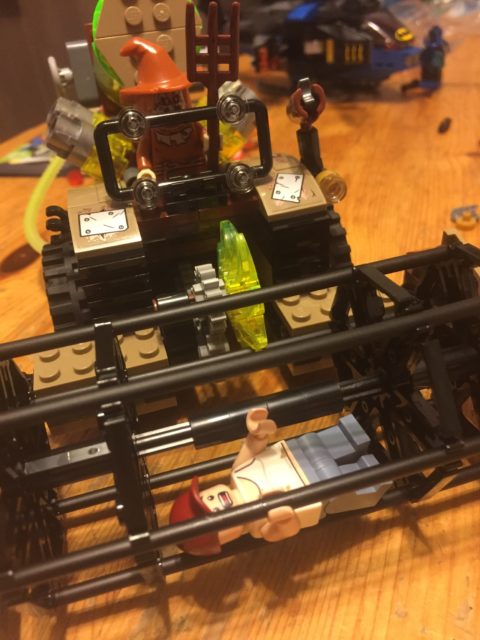 If youâ€™re looking for some unorthodox Batman set action, and are tired of bank robberies and robot showdowns and batcaves, and long for super dull farm action, give this set a shot. Itâ€™ll likely be discounted heavily when the sales number start to come in, so at least one of you will buy 30 copies, keep 3 mint in box so you can speculate on future AFOLs longing for that sweet combine set, and then part out the other 27 and make something much cooler than this set with the 27 groups of combine parts. Maybe a giant robot of FEAR. Or a corner store of FEAR. Man, that would have been a cool set. I wish that one was out.

There you have it. Our first guest review in maybe forever. I certainly hope not the last because I was in tears by the end.

According to The Tired Reviewer: Yes, yes it would.

If you want to pick up the set and have a good laugh at it yourself, Amazon has it discounted 30% as of this writing. Maybe they know it’s a bad set too.

Like the review? Consider helping FBTB keep the lights on by donating or becoming a subscriber. We get little support from LEGO these days so we rely on ads, affiliate fees, and donations to keep going. 100% of the money goes towards operational costs and set purchases for reviews, giveaways, and contest prizes. So thank you for your consideration. And for the record, LEGO did NOT provide a review copy of this set.