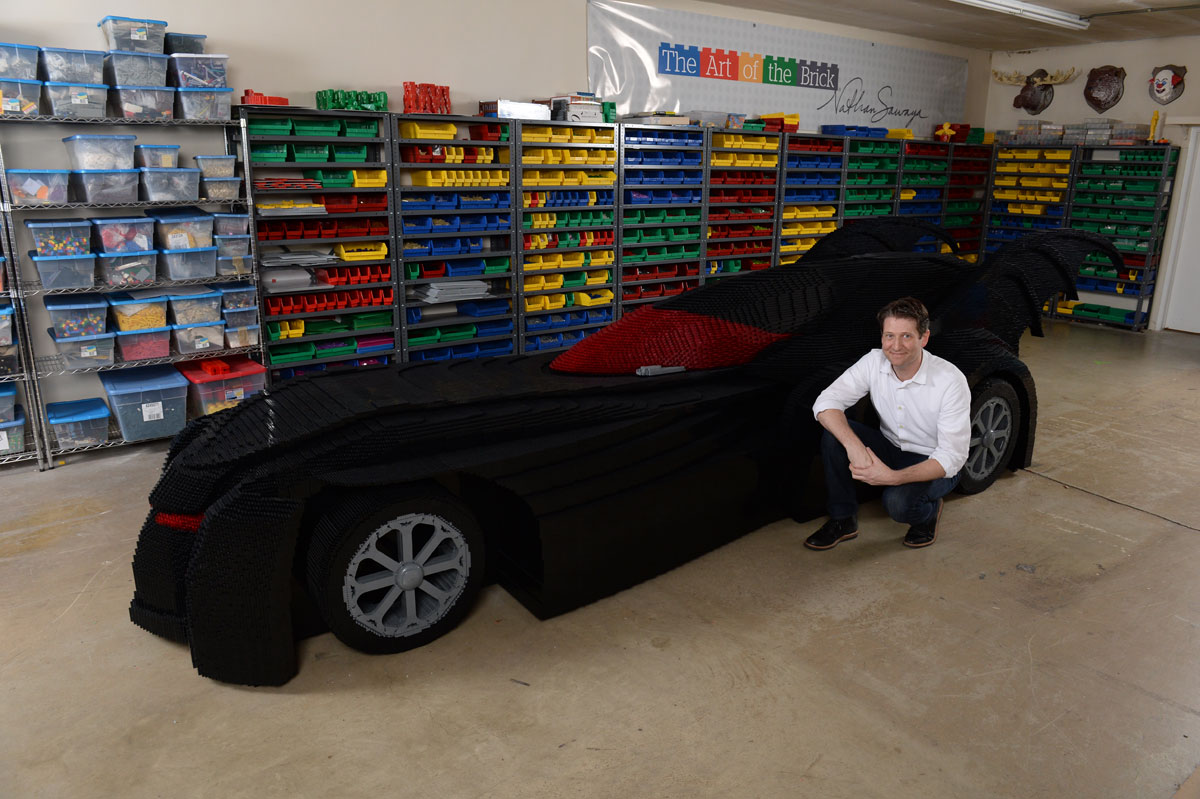 Nathan Sawaya has shared a peek at his life sized Batmobile that will be part of his The Art of the Brick: DC Comics exhibition on display at the Powerhouse Museum in Sydney Australia from November 21st until May 1st, 2016. Designed by Jim Lee at SDCC and built with over 500,000 bricks in less than three months, it ended up a huge 18 foot long beast and will no doubt be the centrepiece of the over one hundred DC Comics themed sculptures in the show.

No word on whether it transforms into a giant mech though.