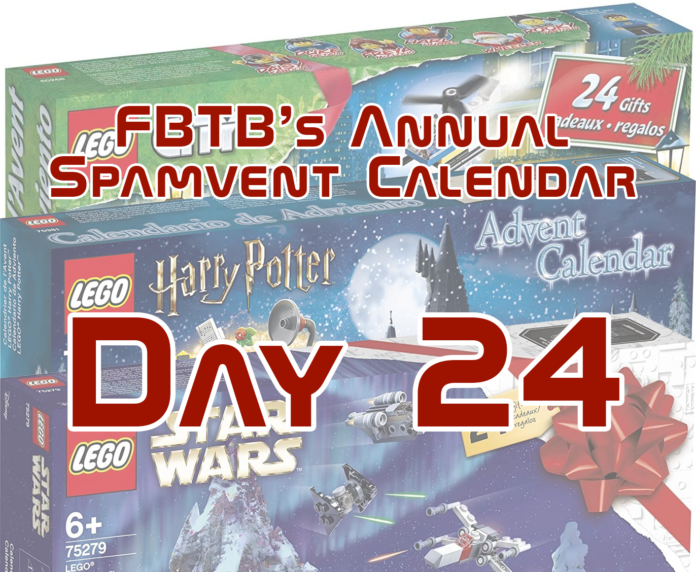 Two sets are tied for first! Will it continue through today? Let’s see what today has in store for us today. 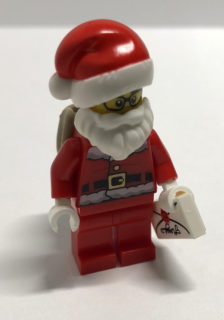 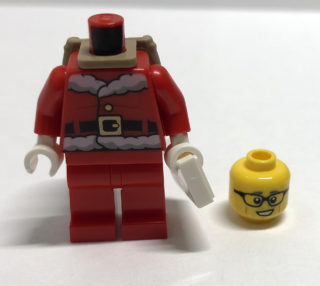 This is Wheeler, because apparently even Santa needs a nickname in this calendar. Does this put him on the criminal side? Is he the wheelman? Was he stealing the milk and cookies? Is this some sort of weird reboot of Home Alone, where the Wet Bandits are all mall Santas? Was a kid so bad that he’s returning the letter? I HAVE QUESTIONS.

You gotta love Santa, though, so I’ll give City a thumbs up on the last day. 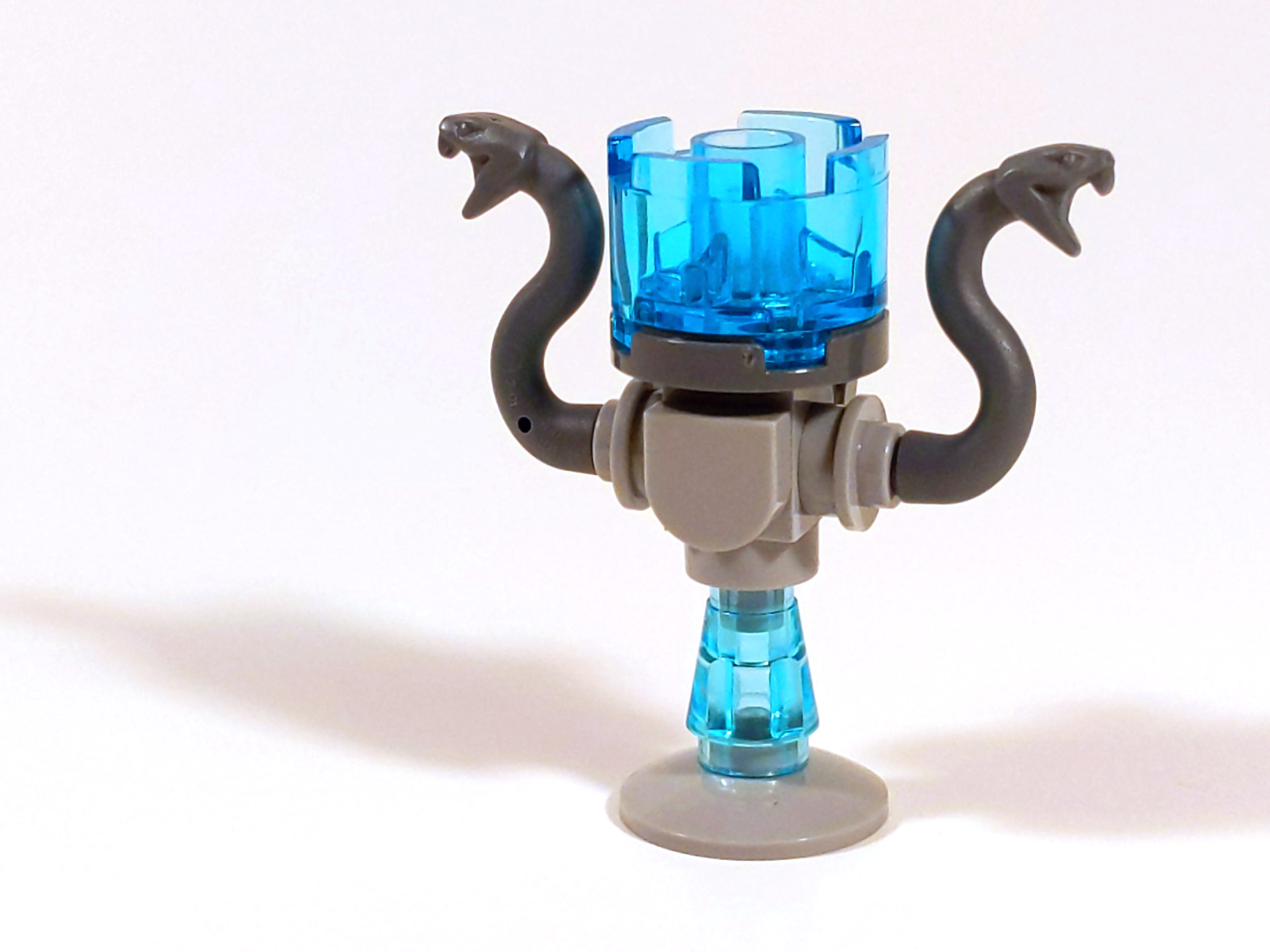 This is a strange one to include on Day 24, instead of the usual Santa-themed minifig the other two get. Still, it’s themetically appropriate, and that’s all I can ask for. This is the Triwizard Cup, and it’s the whole reason the Yule Ball happened in the first place. I honestly love this cup, and no one can tell me otherwise. 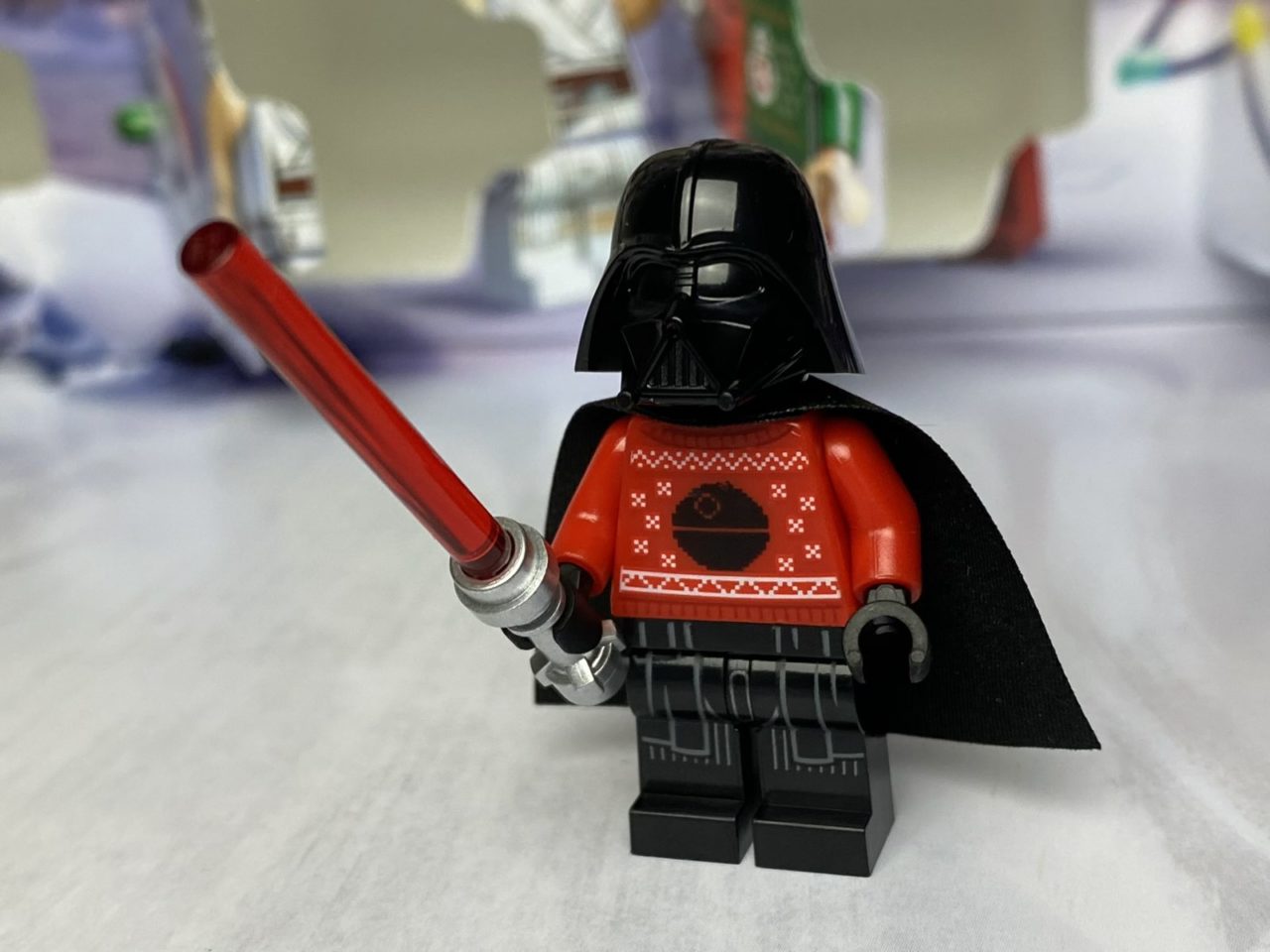 LOVE IT! Ugly sweater Darth Vader has his second home away from home adorned as the centerpiece of the sweater: the Death Star. I love it. You know what I don’t love though? The stupid helmet: 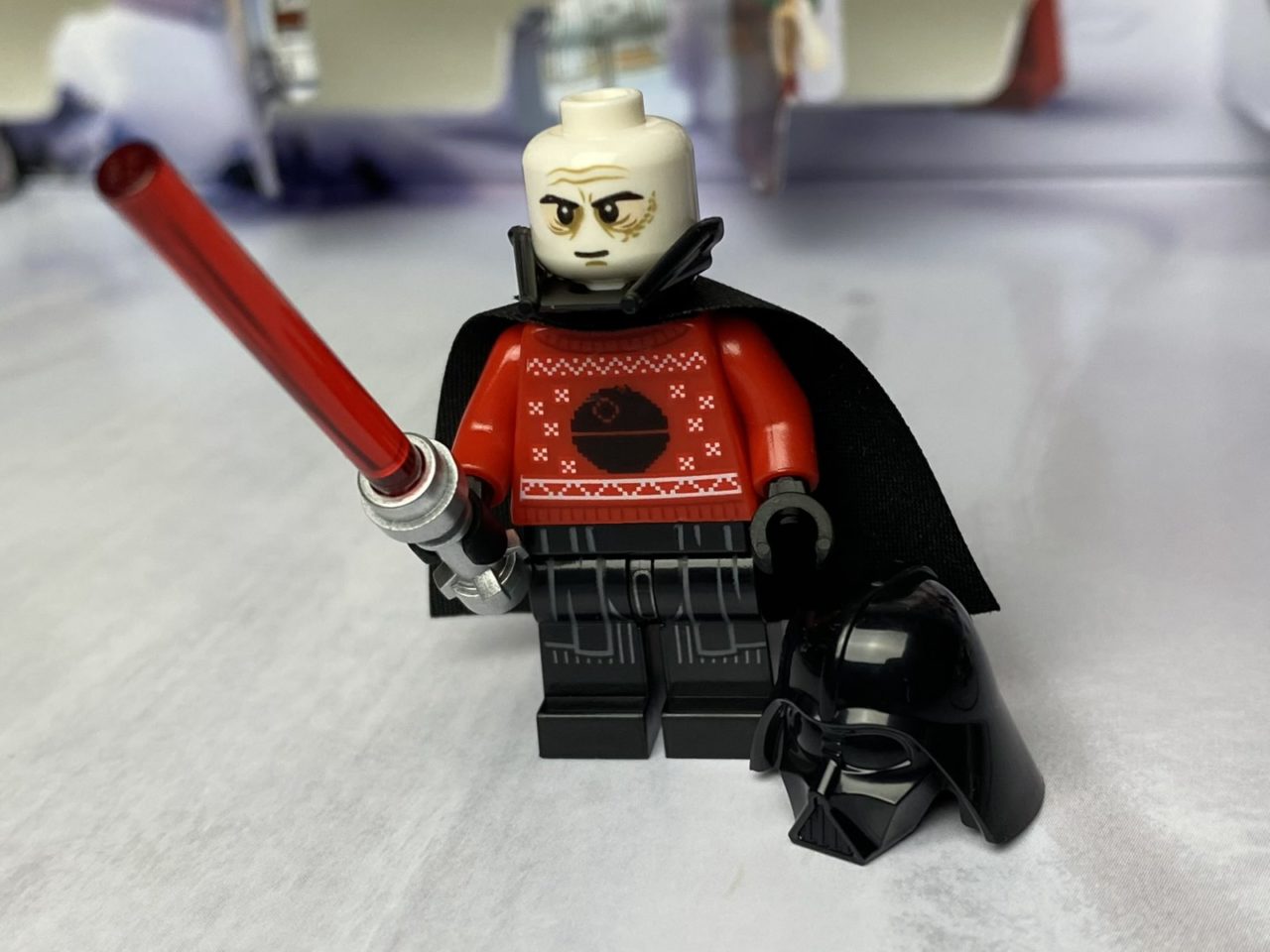 My first pic doesn’t really do justice how weird it looks. The bottom photo, with the top half of the helmet on the ground and shot at this angle, makes it look really nice, but trust me, it’s not. I get why LEGO did it, but nobody asked for it. And, again, it just doesn’t look right.

Still, despite the helmet, I’m willing to overlook it because we got a sweet sweater out of the day’s offering.