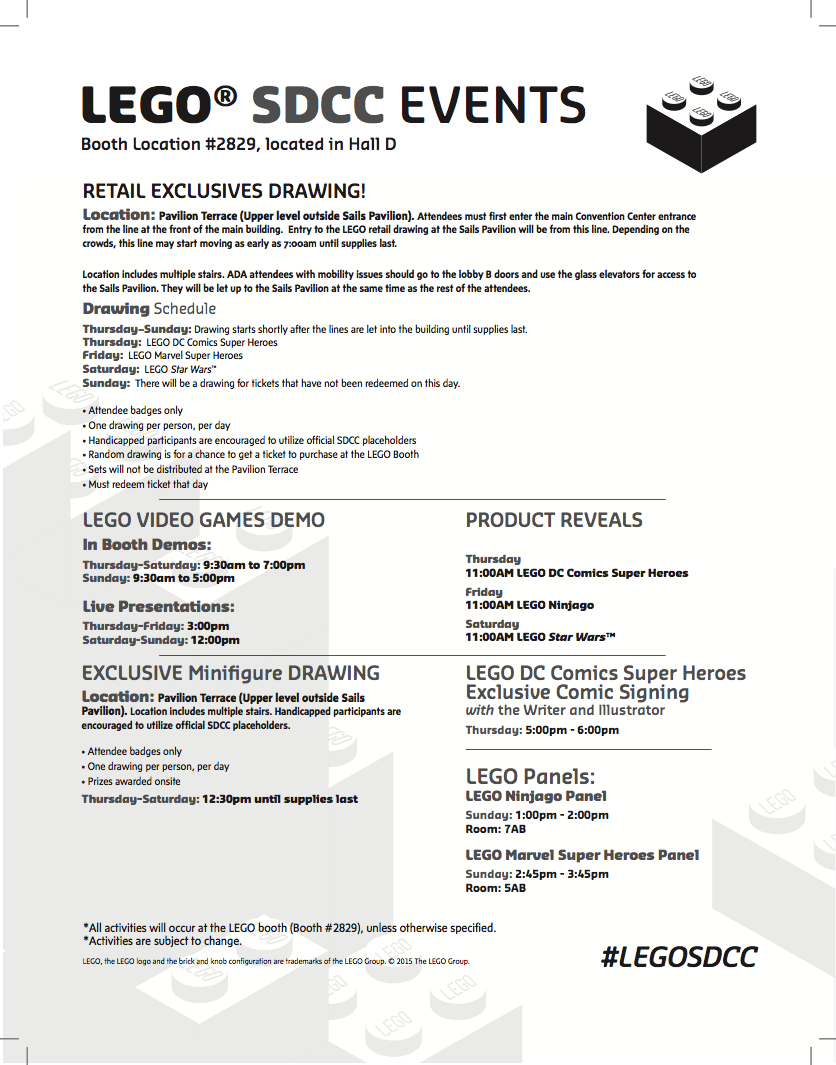 LEGO posted their booth schedule on their twitter account. It has a lot of the same information we’ve posted before regarding the retail exclusive sets, but a few more details have come to light. Regarding minifig giveaways, the schedule says that the giveaways are to take place Thursday through Saturday. Since we only know about Arsenal and Captain Falcon figures, there is a that there are no other figures being revealed and that Saturday will be the day they giveaway the leftovers. One counter-argument to this theory is that the schedule does not specifically state that Saturday will be for the leftovers like it says for the retail exclusives. It’s possible that a third figure could still be revealed since it is only Monday and we have like …. two days before the San Diego Convention Circus starts but the first theory sounds more plausible to me.

Also going on at the LEGO booth are video game demos. It does not specifically say this but the demos would most likely be for LEGO Marvel’s Avengers since a big Dimensions event is held at the Hard Rock.

There is also going to be a LEGO DC Super Heroes Comic book with the writer and illustrator, whoever that may be since it doesn’t really give a name.