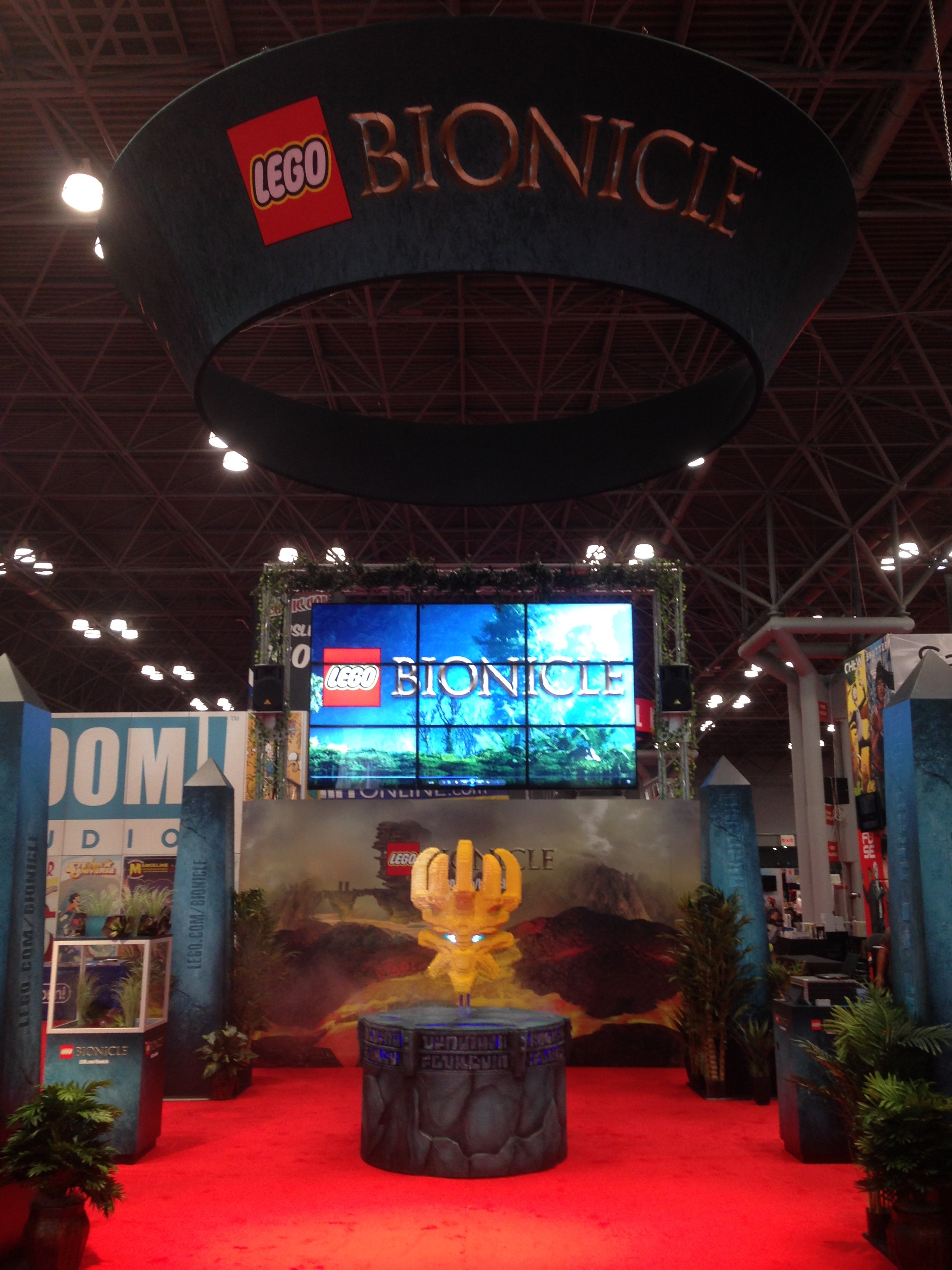 Day 1 of the New York Comic Con has come to a close. And while I was unable to attend this year, Mos Eisley was going to be there so I tasked him to writing up a report. And here is what he came back with.

It’s that time of year again – NYCC 2014 has arrived! There wasn’t too much information leaked about what we could expect from the LEGO booth this year, but now we know – it’s all about Bionicle.

No retail space, no exclusive sets, just a 20×20 booth of simply Bionicle. The booth is clean and easy to visit since there’s really not much reason for anyone to spend too much time at the booth, so there generally isn’t much of a crowd. 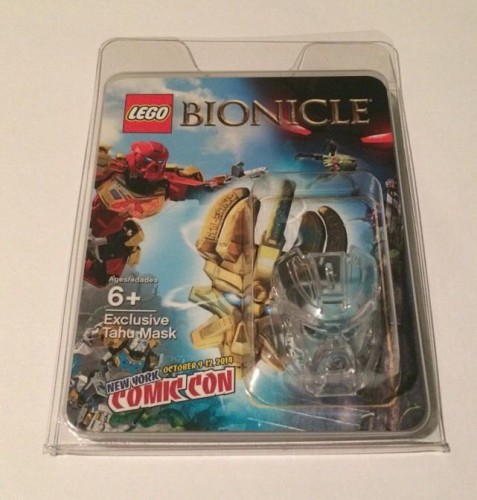 The only time you’ll run into a problem is when the show floor first opens as excited attendees make a mad rush for their favorite exhibitors. Unlike SDCC, NYCC handles its lone LEGO exclusive giveaway, a clear Tahu Mask, as they should all be done – the first 200 visitors to the booth get the mask. No tickets, no lottery, no spending 3 hours in the hope that you might get something. Just get your mask and move along. 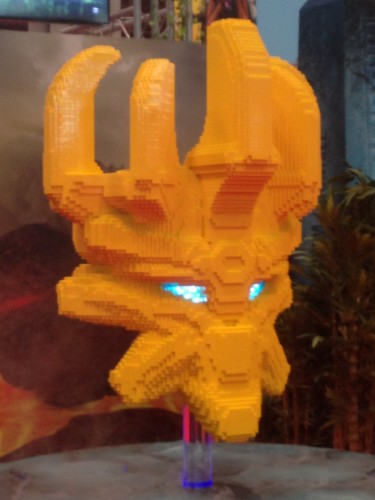 Besides the mask giveaway and some of the new Bionicle on display, the only other draw for the booth is that you can have your picture taken with a giant mask. They print those on the spot for you, so you leave the booth with a nice 4×6 souvenir which includes the NYCC and Bionicle logos. 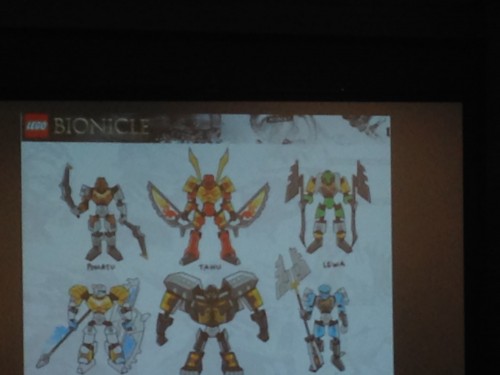 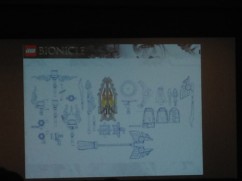 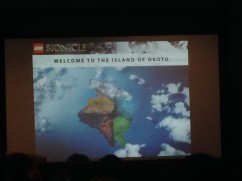 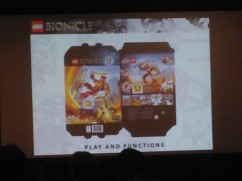 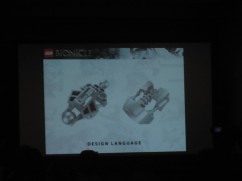 The panel included a lot of information, so I figured just bullet points of the key elements would be simplest: 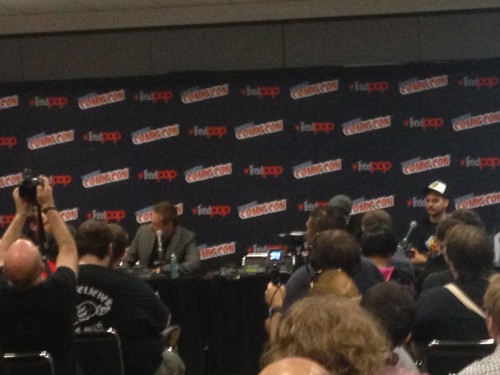 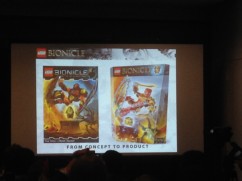 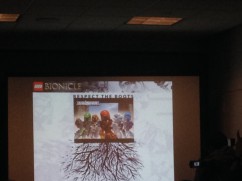 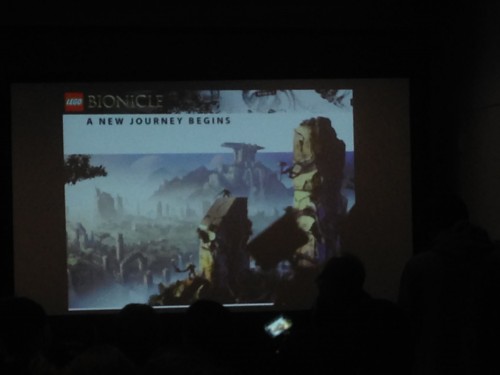 At the end of the panel, there were a few minutes left for questions. I paraphrased the questions I could hear along with their answers.

Q: Will the animations be on television or will it be web content?
A: No television. Animations will be on YouTube and LEGO TV online.

Q: Will we see any of the old sets remade?
A: There are currently no plans to relaunch any sets from the past.

Q: Are there any of the original designers still working on the project?
A: There are two designers who were involved with original line.

Q: What other ways will we be able to learn about the stories?
A: There will be books in the second half of 2015.

Q: How many new elements were designed for Bionicle?
A: Approximately 30.

A select few fans and members of the press and media were invited to attend both the panel at NYCC and a special VIP event at the new flagship Flatiron LEGO Store. The store was closed at 6:00pm to allow the event to take place from 7:00pm-8:30pm. As you entered the event, attendees were given an extremely exclusive, 1 of 100, Tahu mask. Attendees were able to again see some of the new Bionicle sets that were shown during the panel as well as the beautiful display of 7, 14k solid gold masks. There were also many bins filled with the new Bionicle elements. 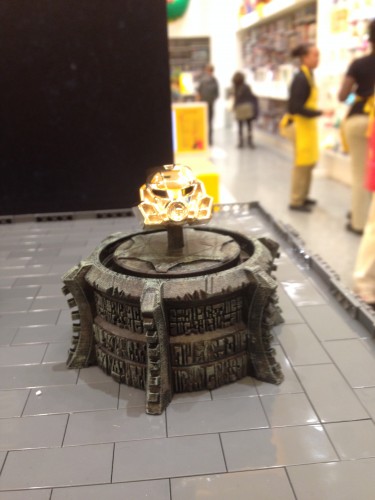 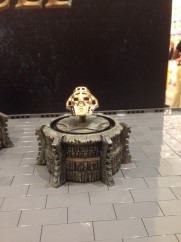 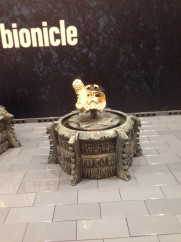 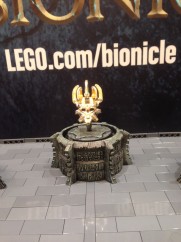 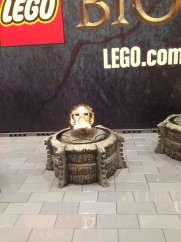 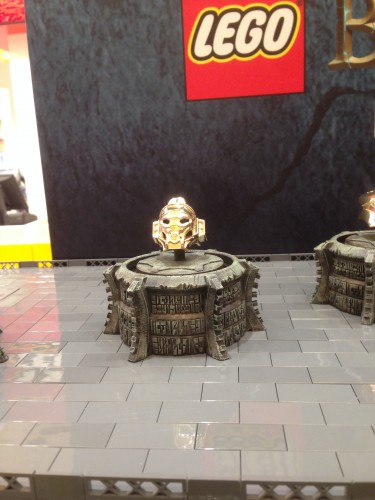 While everyone was finishing being checked into the event, attendees could take advantage of another photo op, this time with gold masks, grab a Bionicle t-shirt, mess around with the new elements, or check out the brand new store. After everyone was checked in, a short thank you was given to the attendees for coming, the design team for their work, and the store for making the space available for the event. They also announced that everyone could take home whatever they built using the new parts. This immediately increased the interest in building with the elements as some fans created MOCs while others did their best to copy the new designs. The event was well organized and everyone seemed to really enjoy it. 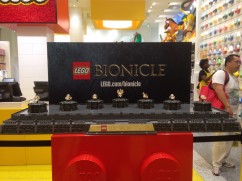 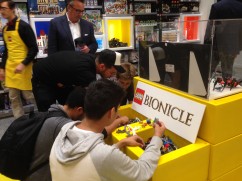 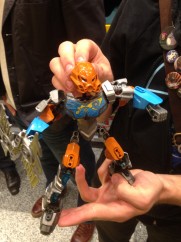 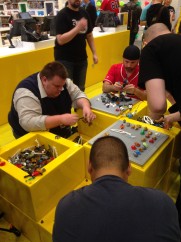 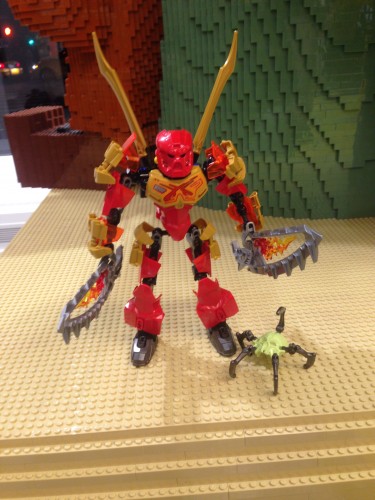 Thank you TLG! I’m ready for the Jurassic World event! 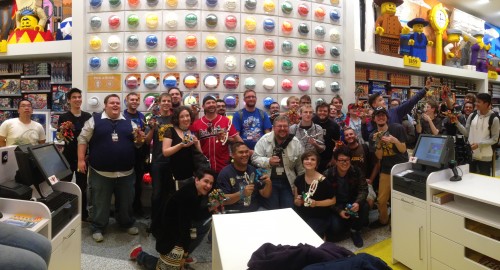