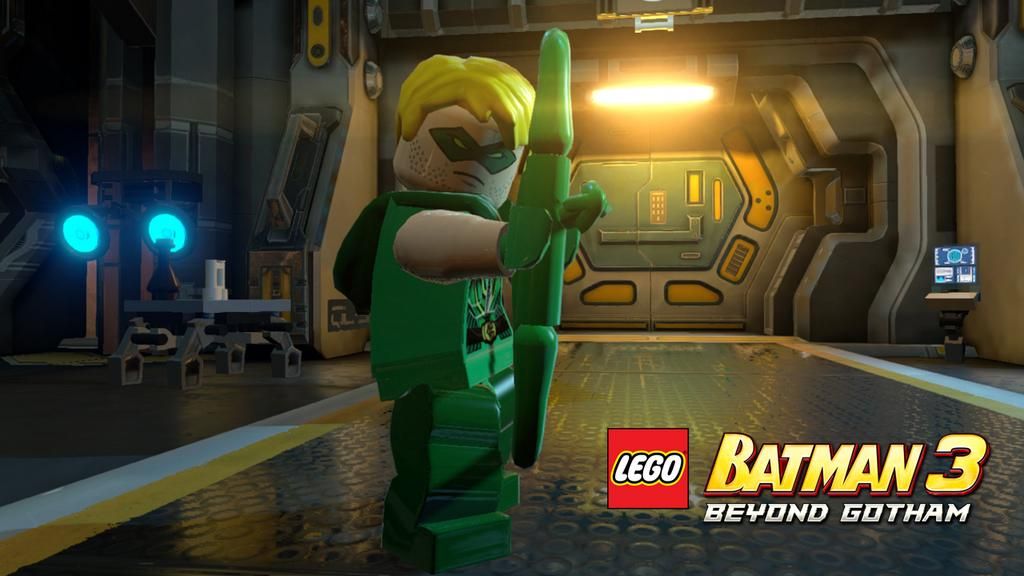 If you’re a fan of CW’s Arrow, you know it’s a much more adult offering then Smallville was. This weeks premiere of The Flash, brought some of the fun back to the DC comics adaptions and so I watched it with my son last night and he’s excited for next week. Because of the darker tone and more violent content, Oliver Queen’s cameo in the Flash was the first time my son saw him and though he was exited, it’ll be some time until he sees any more of him. Apparently the actor who portrays televisions emerald archer has the same problem and having a young daughter is part of what prompted him to voice Green Arrow in LEGO Batman 3.

He’ll be at the panel for the game this weekend at NYCC along with TT Games developers Arthur Parsons & Stephen Sharples, Troy Baker, Geoff Johns and Kevin Smith. Those last two guys will be playable characters in the game as you can see below. Hopefully we’ll find out this weekend if any other surprises are in store, if not we get to find out in a month.