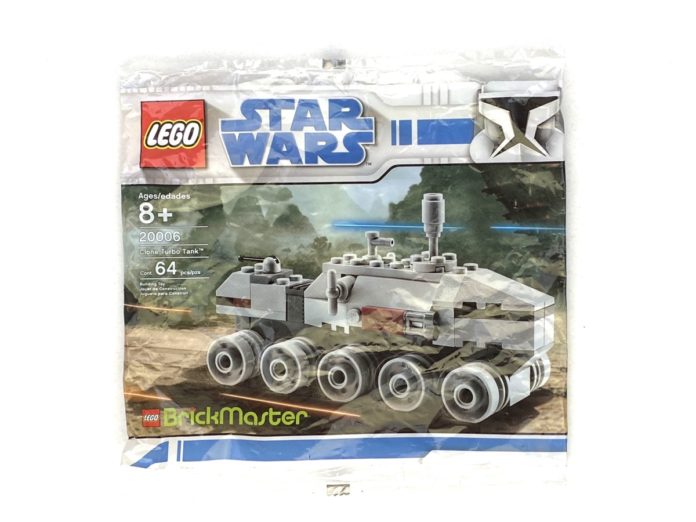 Ahhh LEGO Brickmaster. A subscription service that was way ahead of its time. If I remember correctly, you pay a modest fee and you get an exclusive polybag set sent to your home every month along with a different version of the LEGO Club magazine. It was a long time ago so the exact details are a bit hazy. I thought it was pretty popular but I guess LEGO determined it wasn’t worth it so then it got cancelled (and if the rumors are true LEGO will be offering a new subscription service in the near future because why wouldn’t they? Every company wants a slice of that sweet, sweet sub money pie. Why should LEGO be immune? Anyway, that’s a topic for another day). The LEGO Brickmaster program had a bit of a rocky start mostly because the sets kinda sucked. I didn’t really start paying attention until the promise of licensed sets came to be. Today’s set was one of those licensed sets, 20006 Clone Turbo Tank from Star Wars. 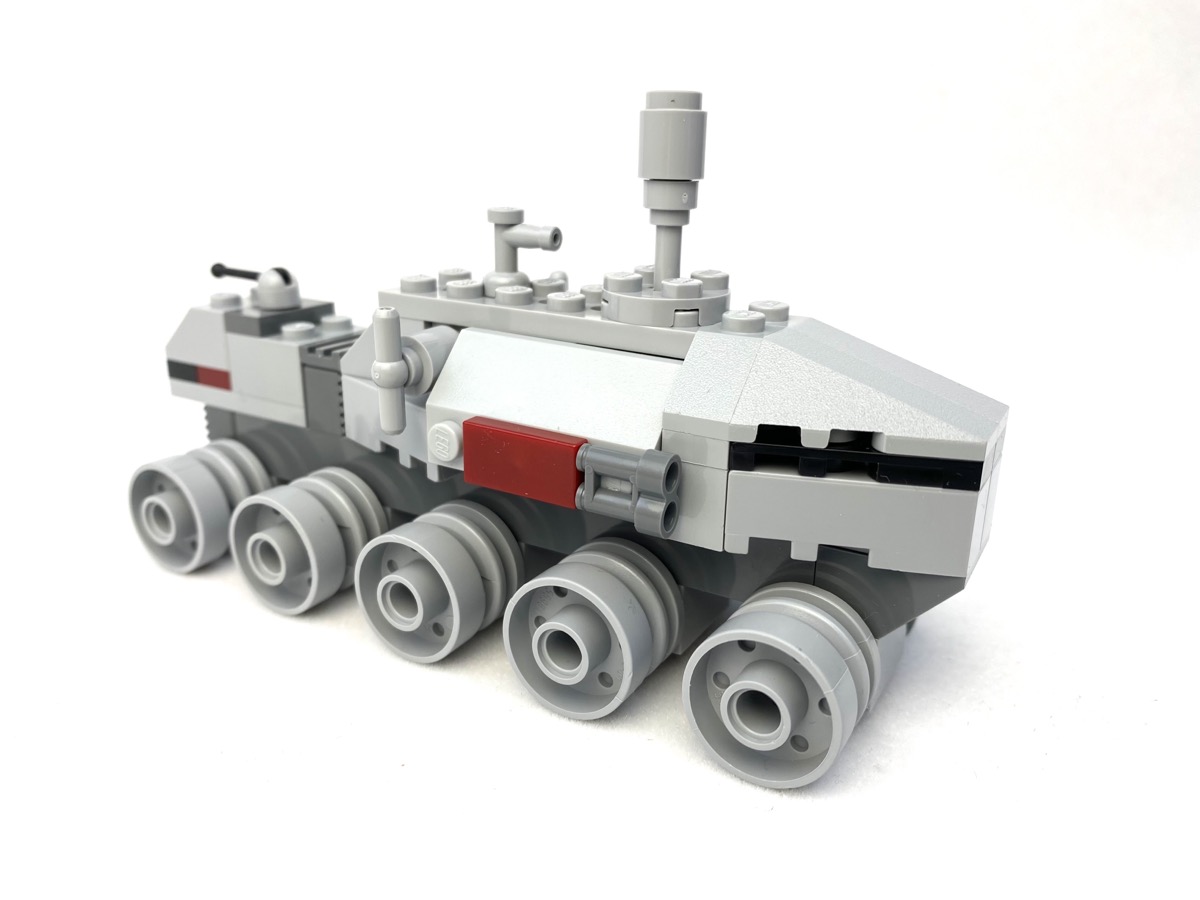 Size-wise, the polybag itself was much larger than the standard typical bag. And the model follows suit. This particular set weighs in at 64 pieces which feels like double the average piece count of your standard polybag. There are no minifigs, instead you just get a mini model of the tank based off the 7261 Clone Turbo Tank set. 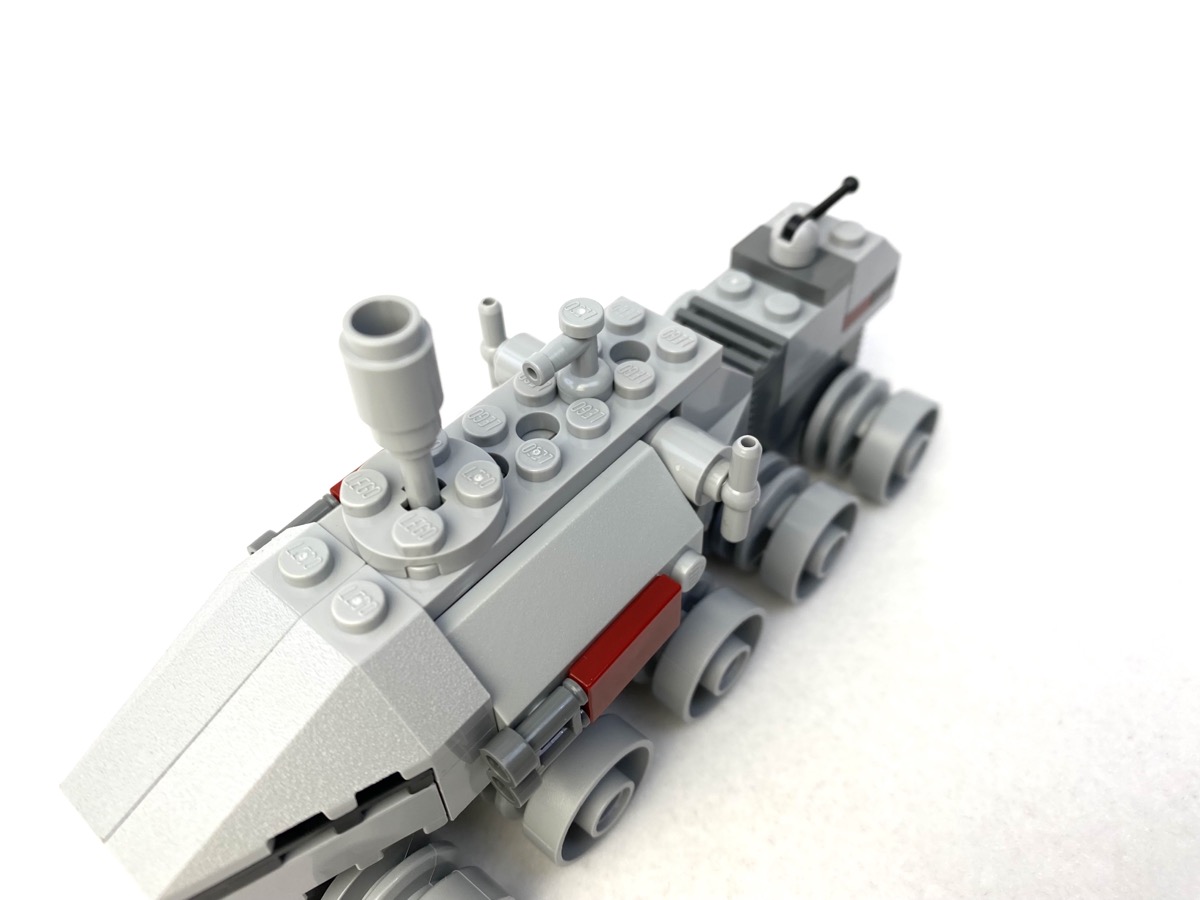 It’s mostly light grey with hits of dark grey, dark red, and black. There’s a crow’s nest and some other bits and bobs that the mini model captures and successfully recreates from the source material. 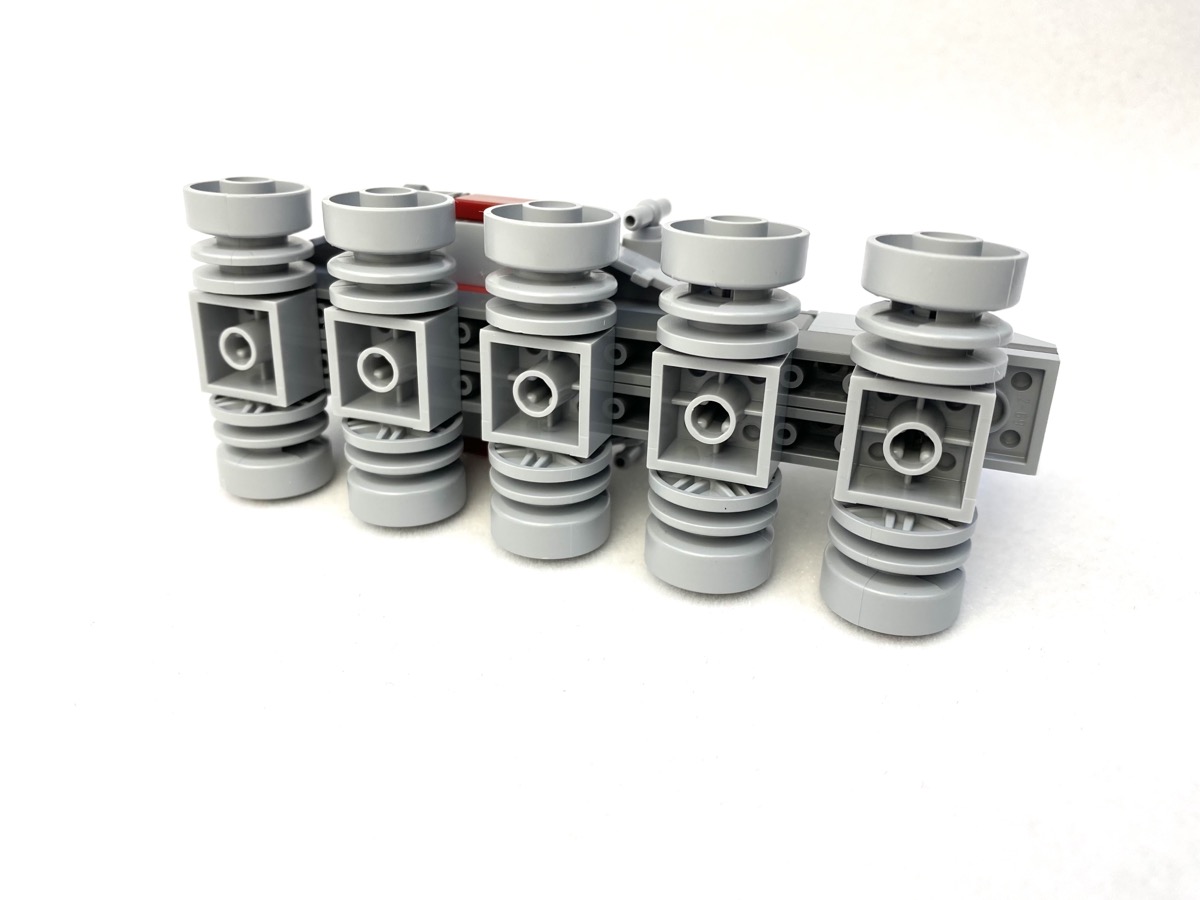 It’s crazy that this thing has 10 wheels and that’s more of a high-five to designer of the on-screen source material than anything. I dig it. 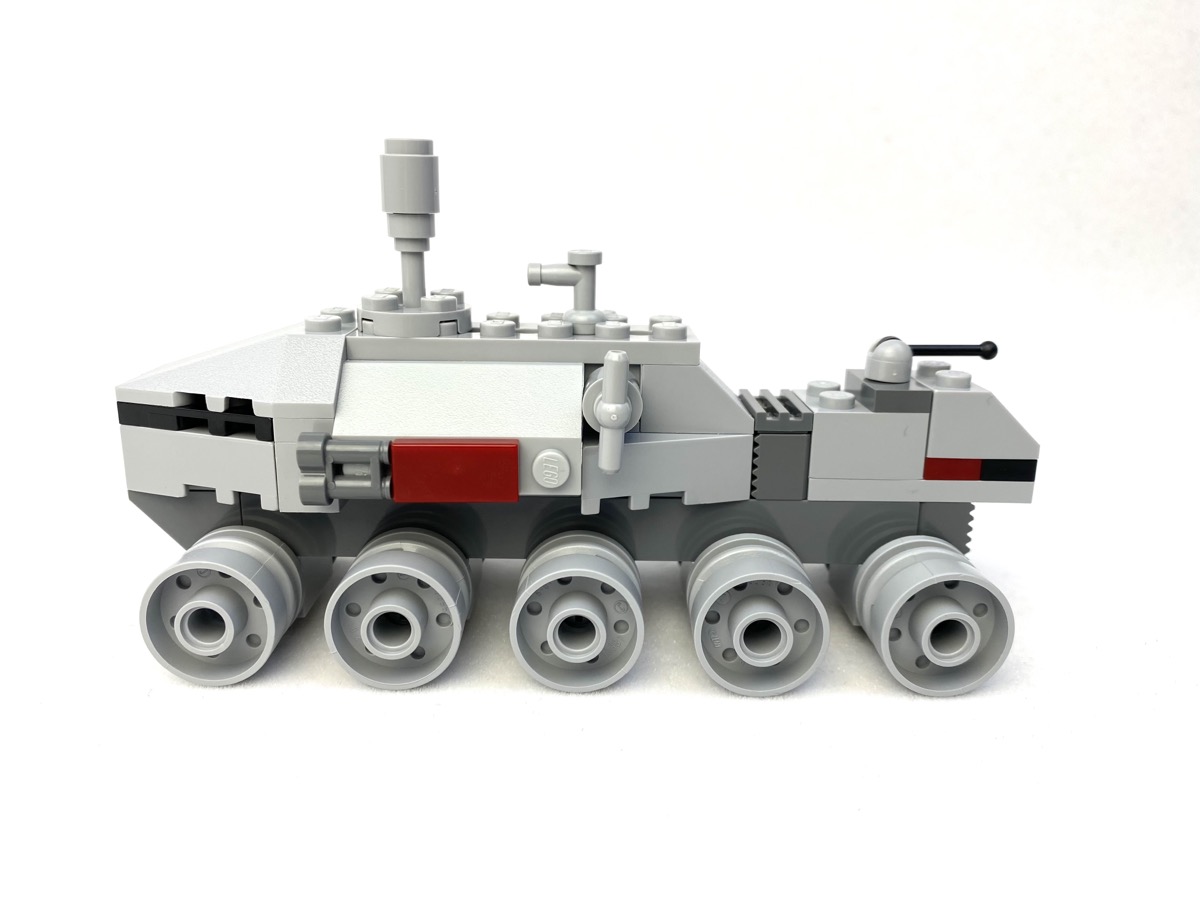 That’s really I can say about it. This was a prequel vehicle. Or maybe it was from the Clone Wars cartoon? I don’t know. I can’t even remember a battle scene where this thing was even shown. My point is that stuff from the prequels is just not my cup of tea. It was largely forgettable and nothing from that era really moved the needle for me. And because of that I don’t think I have that much of a critical eye about this particular set. Since this is a mini model I feel like the threshold for it to be a good set is much lower. Like, does it look like the thing it’s supposed to look like? And so in that regard, 20006 Clone Turbo Tank knocked it out of the park.

Does It Suck Or Does It Rock?

This set rocks! 20006 Clone Turbo Tank is a mini model that’s based off of the System-scale set 7261 Clone Turbo Tank. The model you build successfully recreates the general shape, look, and feel of the larger model without compromising on the larger details like the crow’s nest. And plus it’s pretty satisfying to vroom it around and run over unsuspecting minifigs and mocs.

Want to sponsor a review? Send a pic to admin@fbtb.net of the polybag set you have that you want me to review. If selected, in exchange for the set you’ll get a mention right here in the review post and a link to your website or social media account. Nearly free advertising, so what’s stopping you?