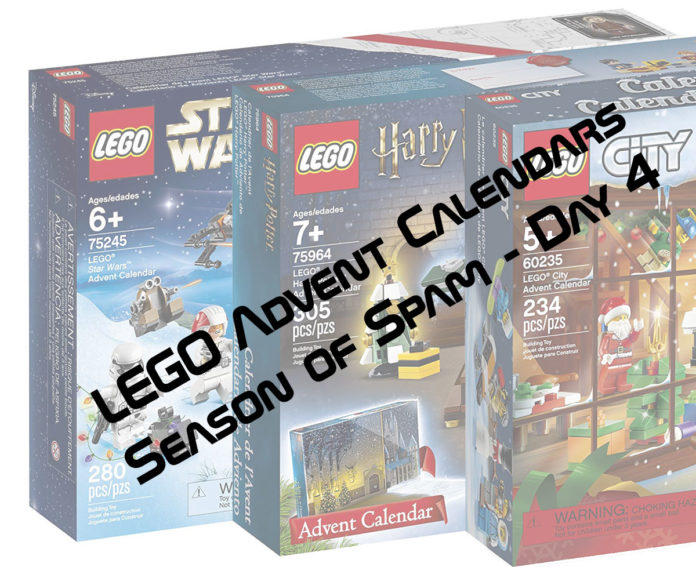 So far the licensed themes seem to be ahead of City in terms of “oh that’s neat” over the past couple of days’ worth of builds. Will it continue today? Let’s find out. 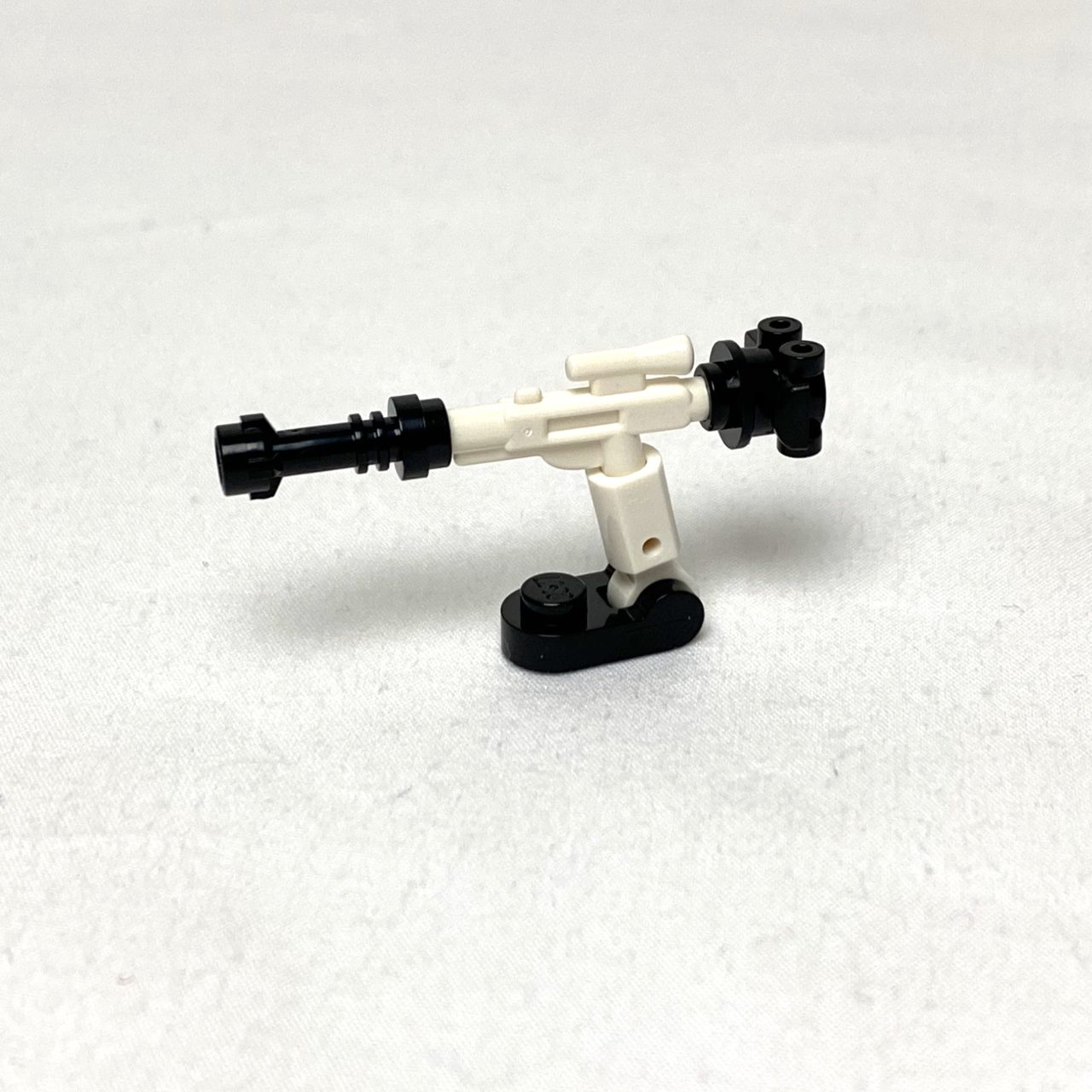 [Ace] This must be some sort of Heavy Infantry gun, like the E-Web heavy repeating blaster. I do like that they used a CMF skate in a clever way though, as the handles of the gun. A minifig can’t actually grab them as handles though so this must be a scale model of some kind. Also, why isn’t everything black? This one’s neither great nor terrible. The good news is that my CMF roller skate collection is now back up to even numbers from the spare. 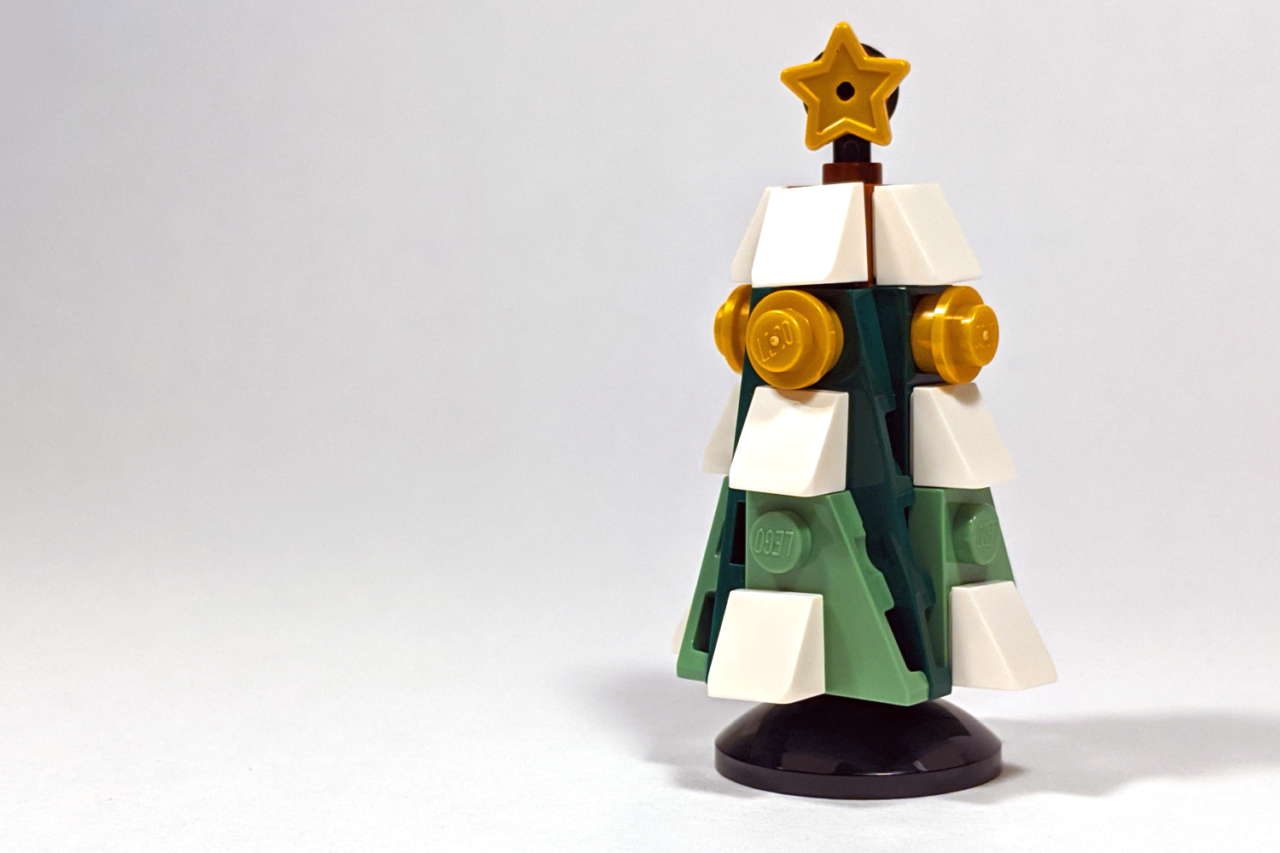 [Eric] Yeehaw, Day 4. I actually like this tree a lot, especially compared to yesterday’s. And, you know, it actually looks like a Christmas tree. Here’s a thought – did Santa Claus exist in the Harry Potter verse? Obviously, you can’t apparate somewhere you haven’t been (except in the movies, but those broke the rules of the books, so ignore them), so maybe he connected every house to the Floo Network momentarily? Though technically that wouldn’t be legal, unless he had the backing of the Ministry of Magic. I’ll have to work on my thesis.

All that to say…it’s a nice tree. 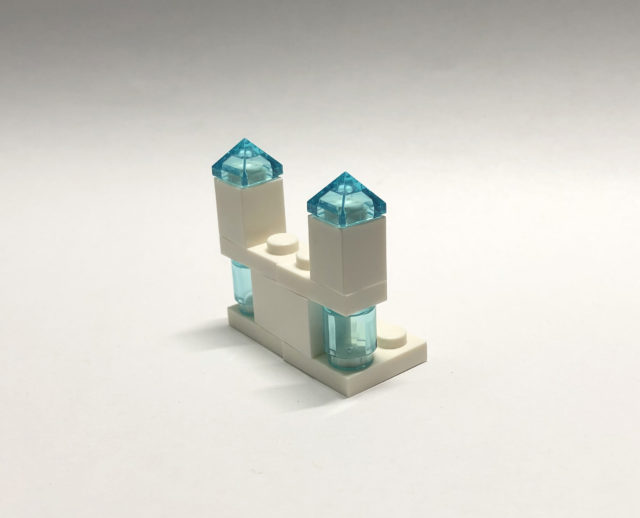 [Nick] I… what? Just… what? This isn’t even half of a try, it’s a quarter at best. I get that it’s supposed to go with the catapult from day two, but it still doesn’t make sense. I mean… maybe snow castles are a thing, but even if they are, they won’t look like this. Two bantha poos in four days is not a good trend…