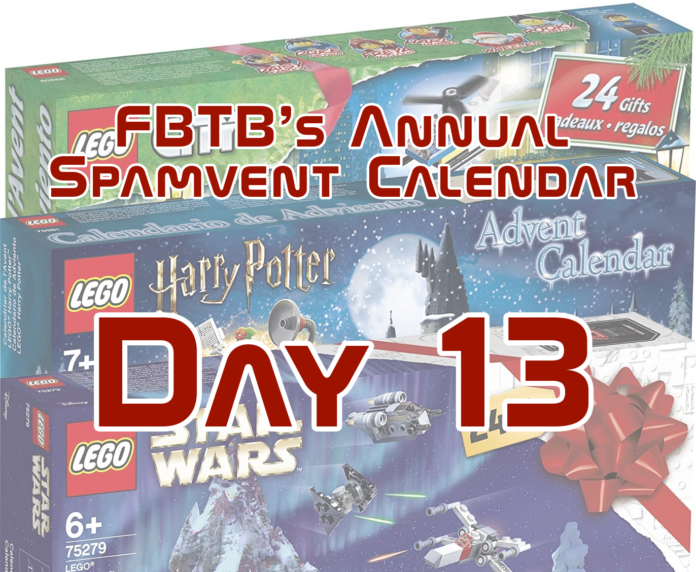 Ugh. Two stinker days in a row! We’re officially past the halfway point, where the builds in the calendar tends to dip in quality a lot. We’re seeing that with the scores: 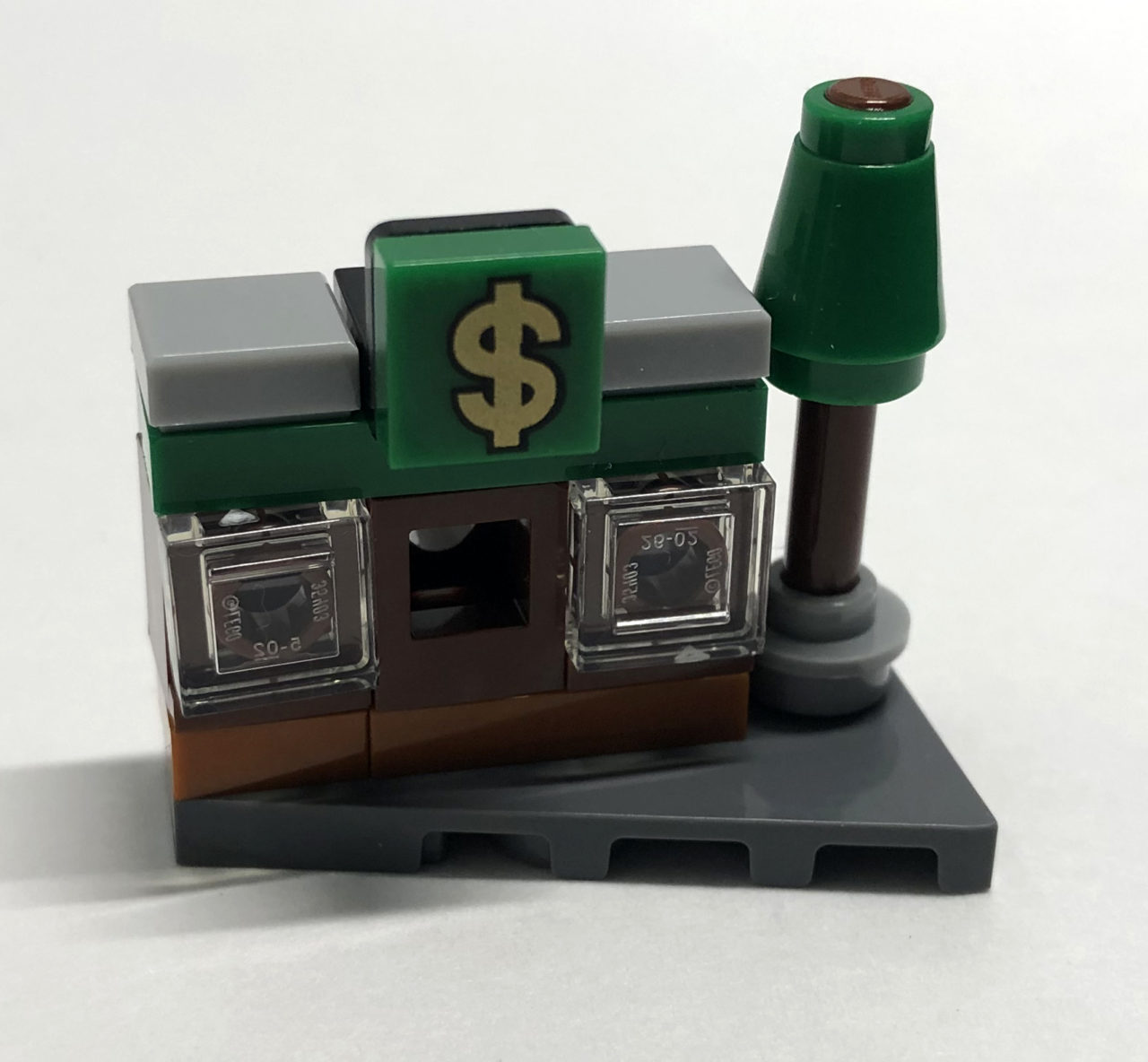 I mean, I know this is supposed to be a bank, but I can’t look at this and not thing it’s a check cashing place. Has City fallen so far that predatory lending has to come in and bilk citizens with absurdly high interest rates and starting a cycle of debt that cannot be overcome by most minifigures. Meanwhile, I’m sure the 1% of City minifigures sit back and exploit the system, while lobbying to keep enough of the citizens of our fair calendar convinced that pushing real reform or change to solve the issues for everyone is against their own interests.

Oh, and there’s a tree. This honestly feels phoned in… the tree is okay, but it feels like there should be a drive-through or sign or something. I thought that these would resonate more, going through them, but the micro-buildings just feel sort of blah overall. 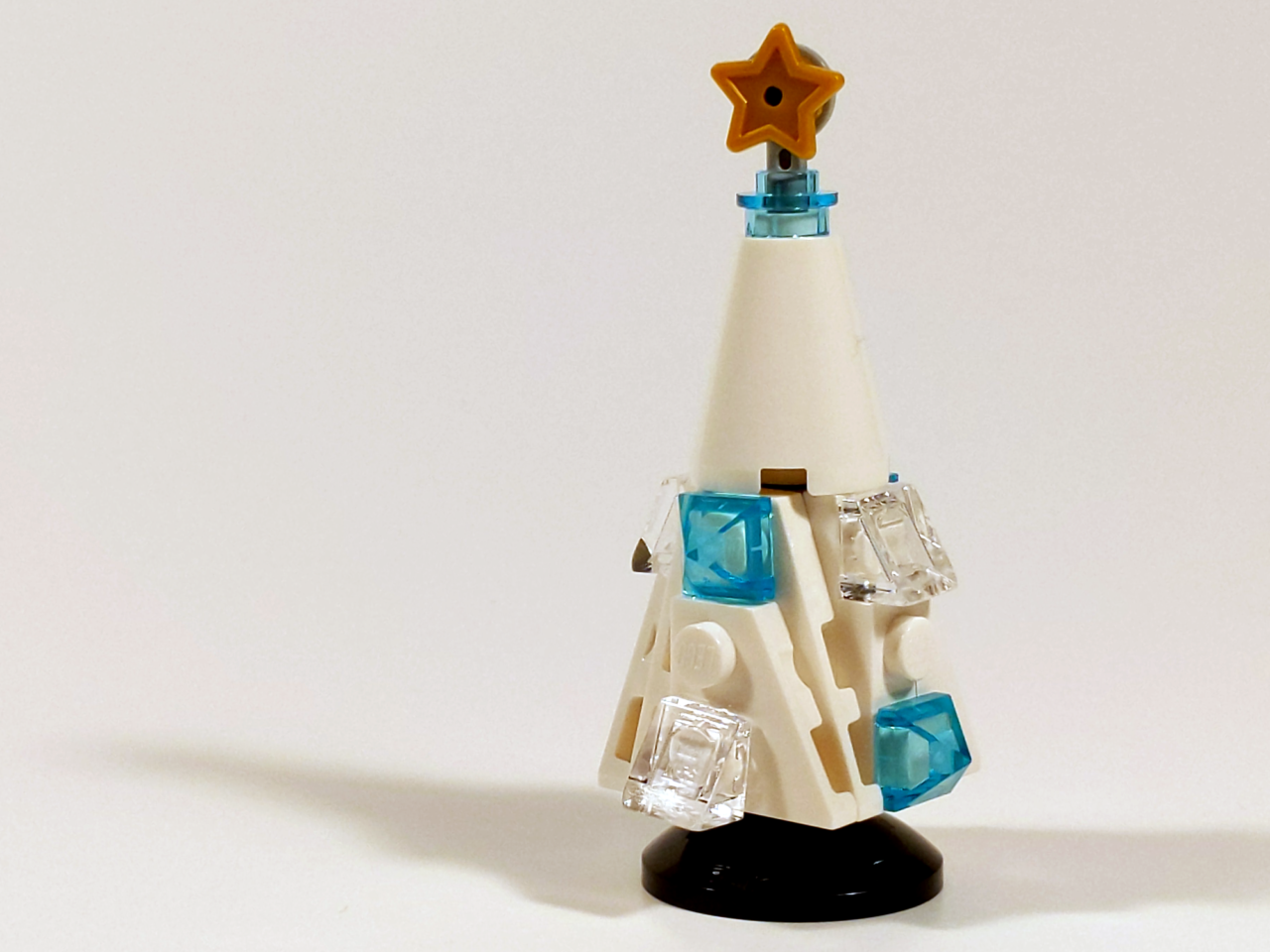 Okay, now this one is for sure a palette swap of last yearâ€™s Christmas tree. I guess thereâ€™s only so many ways you can do a Christmas tree of this size. At least it matches the Yule Ball colors, but, really, I wish there had been more of an effort given. 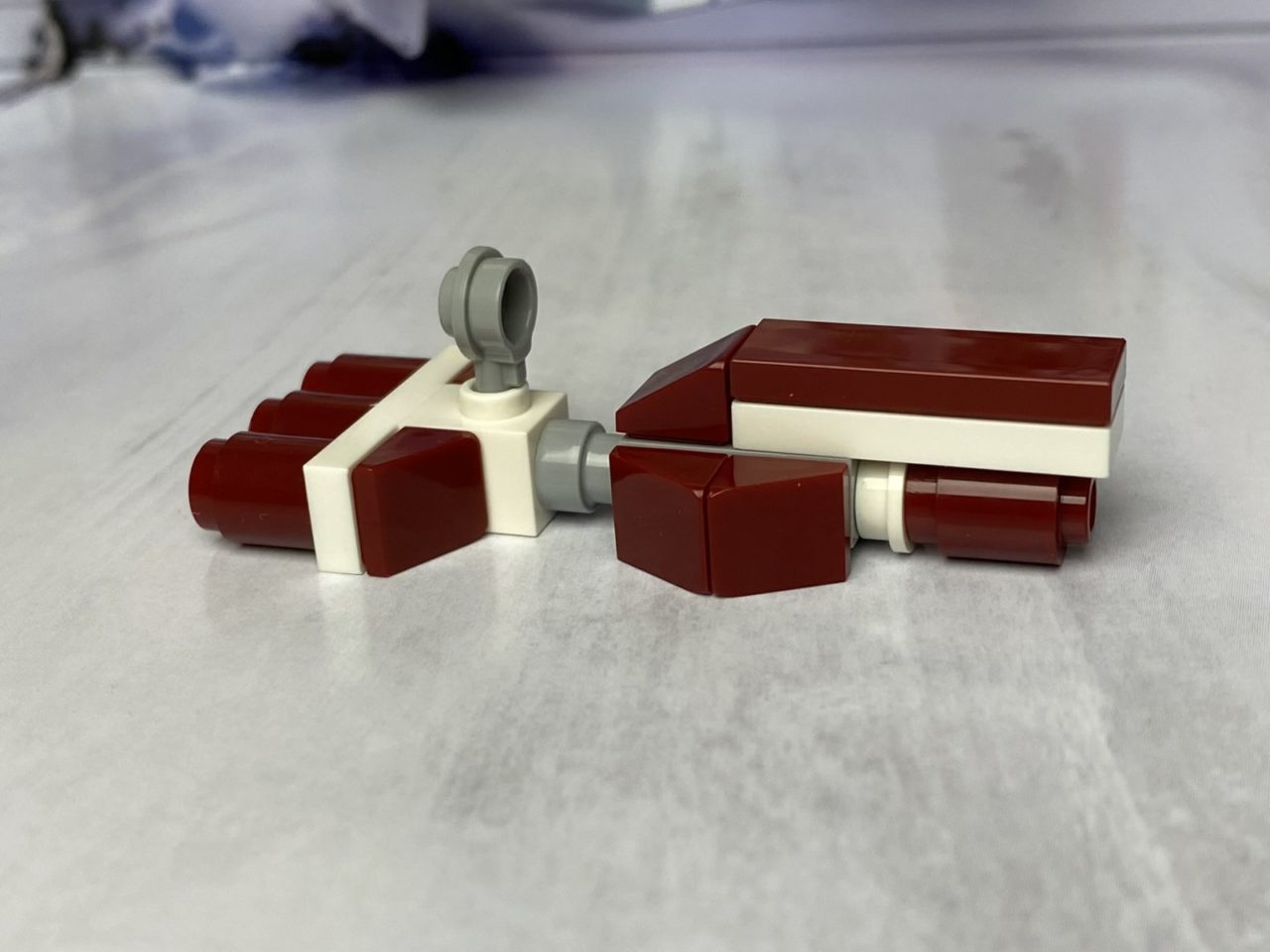 Alright. Star Wars is back in full form. This is most definitely a Republic Cruiser that blew up at the beginning of Episode I. Making the stud with the bar and the weird piece with studs on three sides that’s like only two plates high in dark red would have been boss, but it’s just fine the way it is. Nice.