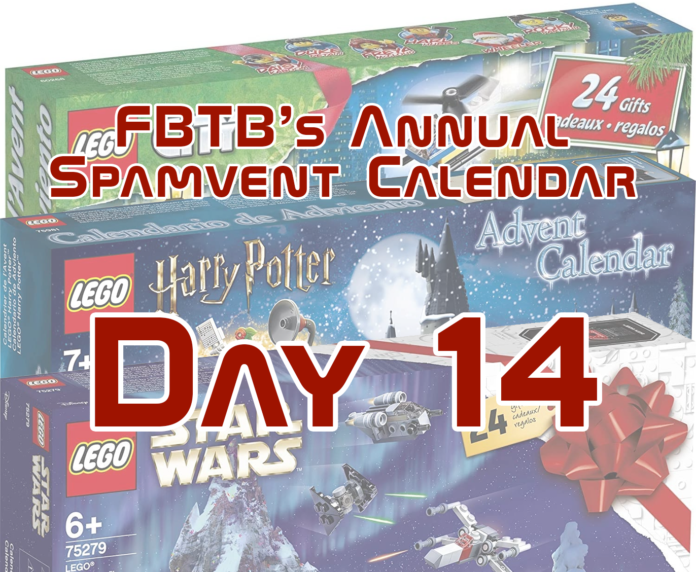 Surprisingly, Star Wars is leading the pack but there’s plenty of time for that to change. Let’s see what’s in store for us today. 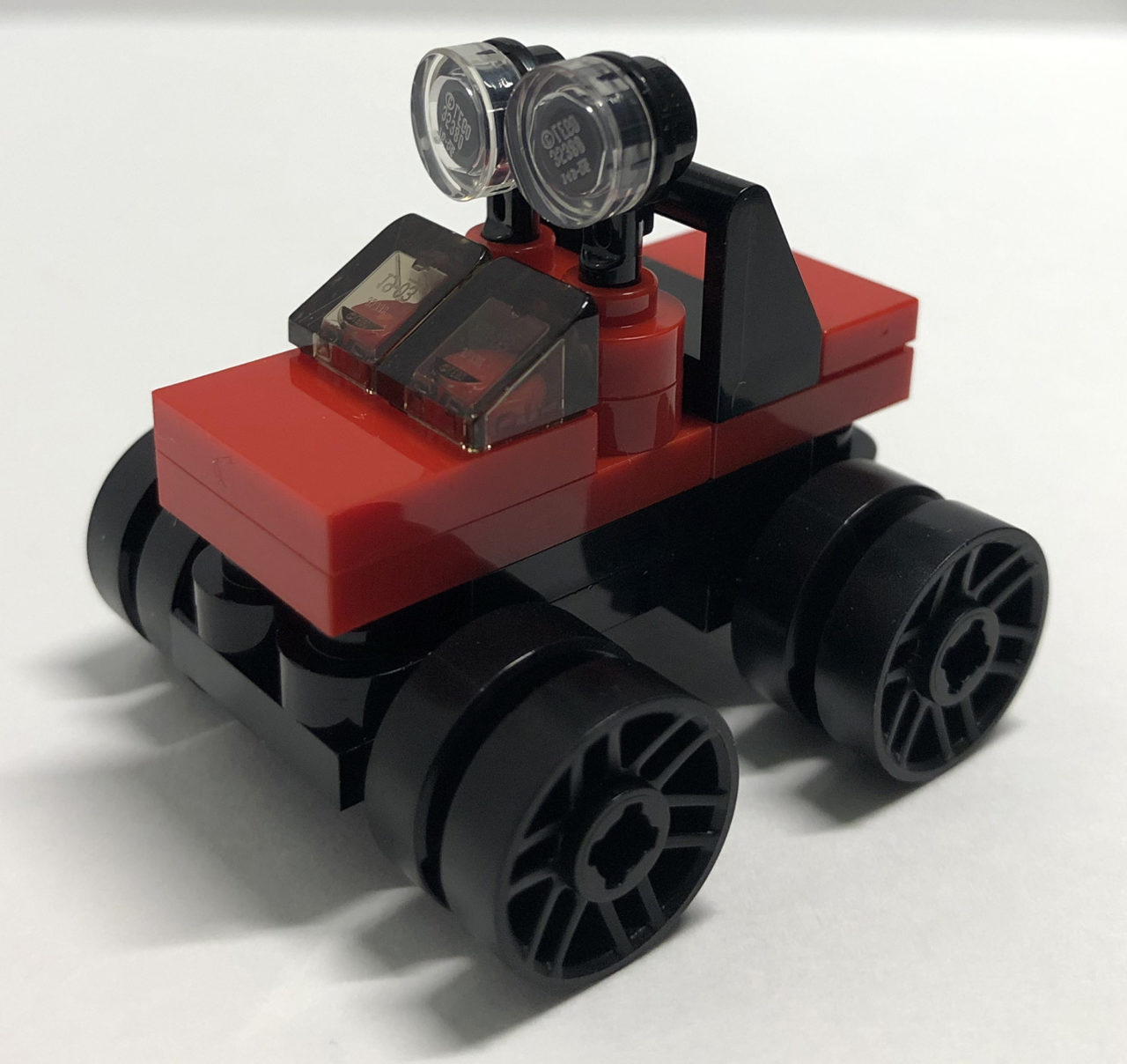 Okay, nowÂ that’s a great little micro build. You know immediately what it is, and can practically smell the terrible beer and unwashed masses of trash bags out to watch the monster truck rally. If I had any knock, it’s that they could have gone all-out, and given us the rubber for the tires, too. It wouldn’t have really disrupted the build at all.

Still, a win, and so much better than the last couple we’ve had. 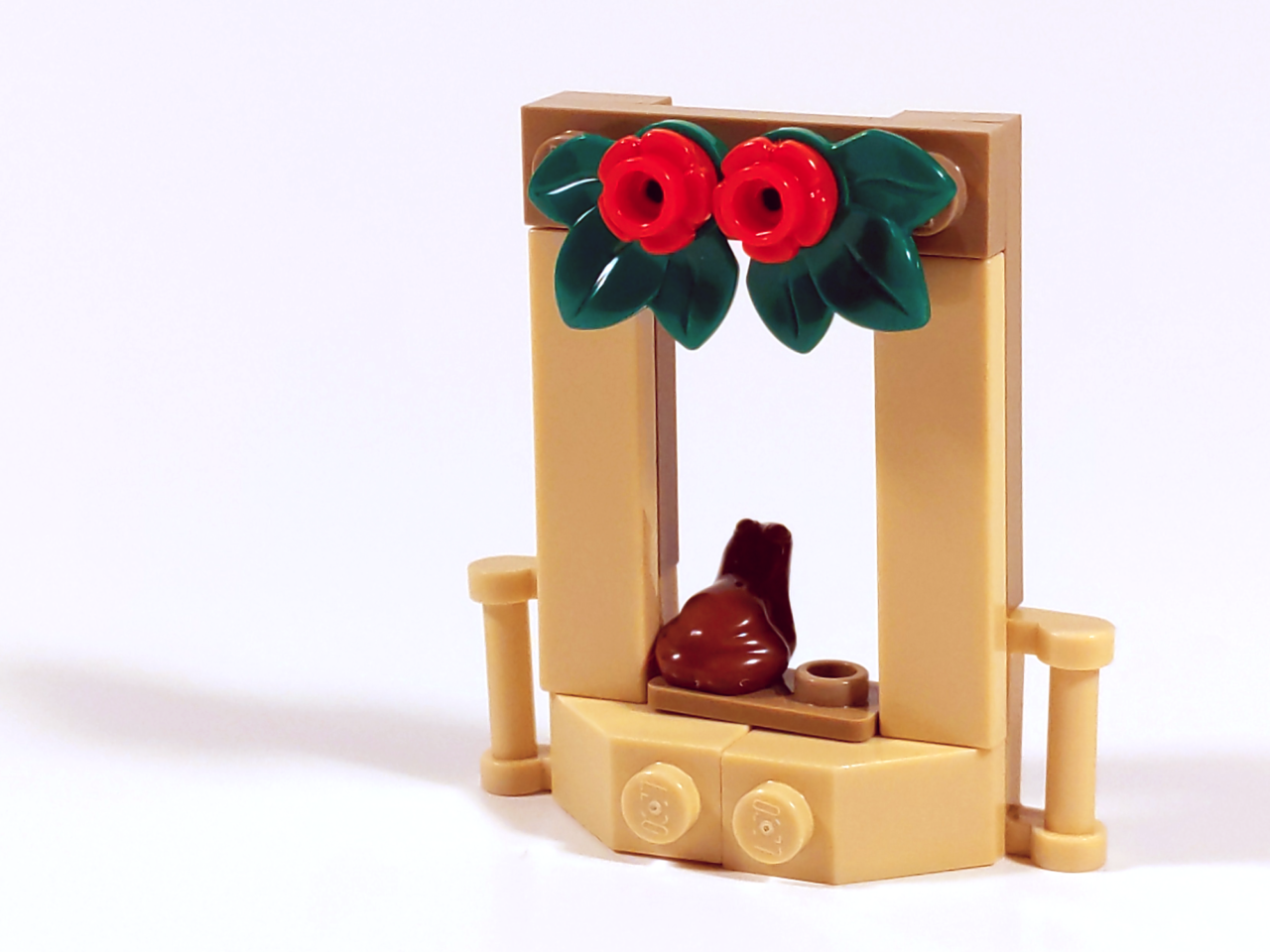 Another window? I donâ€™t know what else it could be, judging by the chocolate frog seated on the sil. Maybe I have it the right way up? Iâ€™m really having trouble seeing what the point of these windows is. Nothing about this even remotely screams â€œHogwartsâ€, much less Yule Ball. 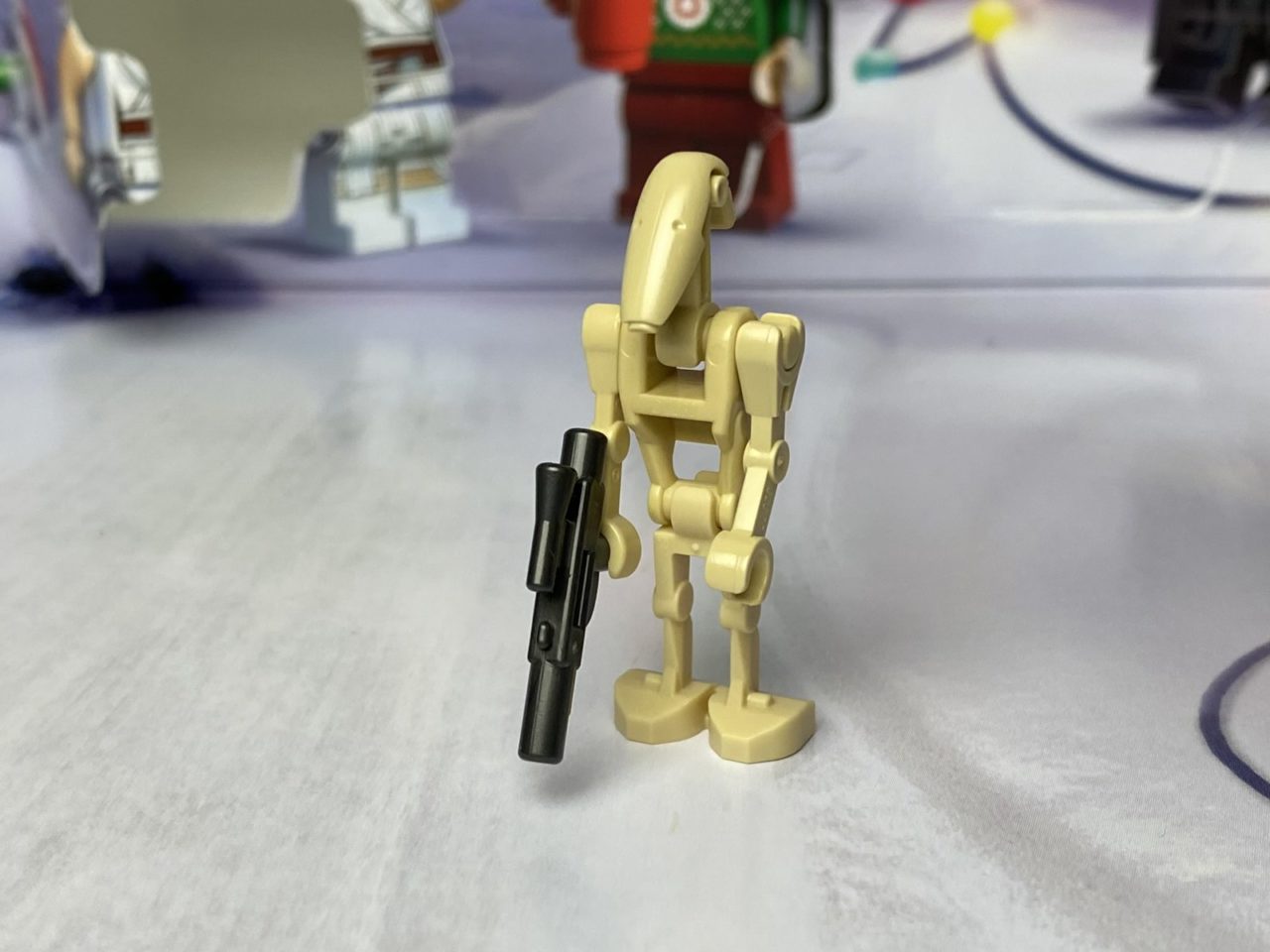 Gonna confess something. I don’t know if a Battle Droid appeared in the Holiday Special because I haven’t finished watching it. If it is, then… great? I mean, Episode I wasn’t that great of a movie, and then main enemy force was a bunch of bumbling idiotic battle droids that provided more comic relief than kind of armed force. If a Battle Droid did not appear in the special, then this is just a lame choice for the day. Battle Droid. Big whoop.