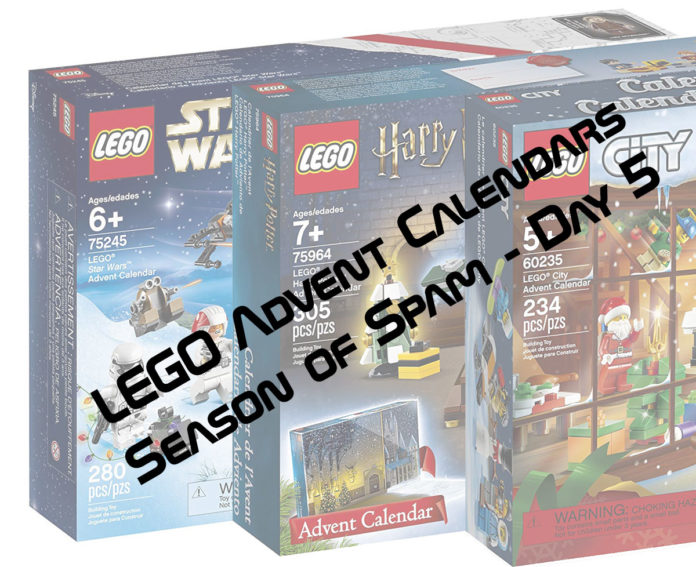 Yesterday‘s advent reveals were a mixed bag with HP coming out on top. I too liked the small Christmas tree Eric got. But let’s see where things land.

It just occurred to me we should keep a tally of winners and stinkers and see which calendar is best when we reach Christmas. So here’s the tally based on the comments:

My fellow editors can update their numbers if I misread their impressions. All “meh”‘s are translated into thumbs down. 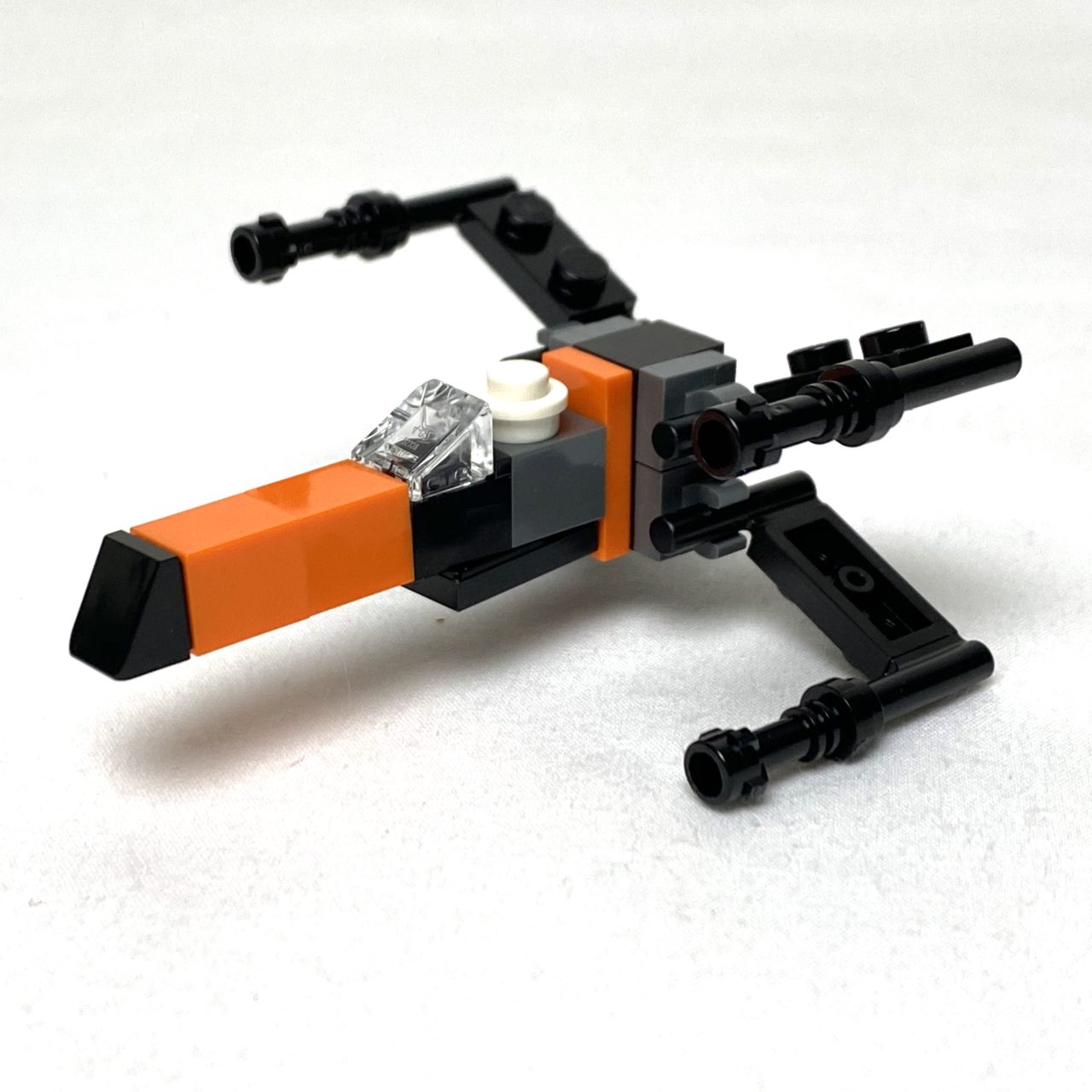 [Ace] Alrighty, folks, we have a real winner here. Poe’s signature Halloween X-wing is just superb. We probably had X-wing’s before, and they were probably built the same, but let’s not focus on the past. Day 5 is a winner and completely makes up for Day 1’s mediocrity AND yesterday’s weird cow-patterned blaster stand thingy. Thumbs up all the way. 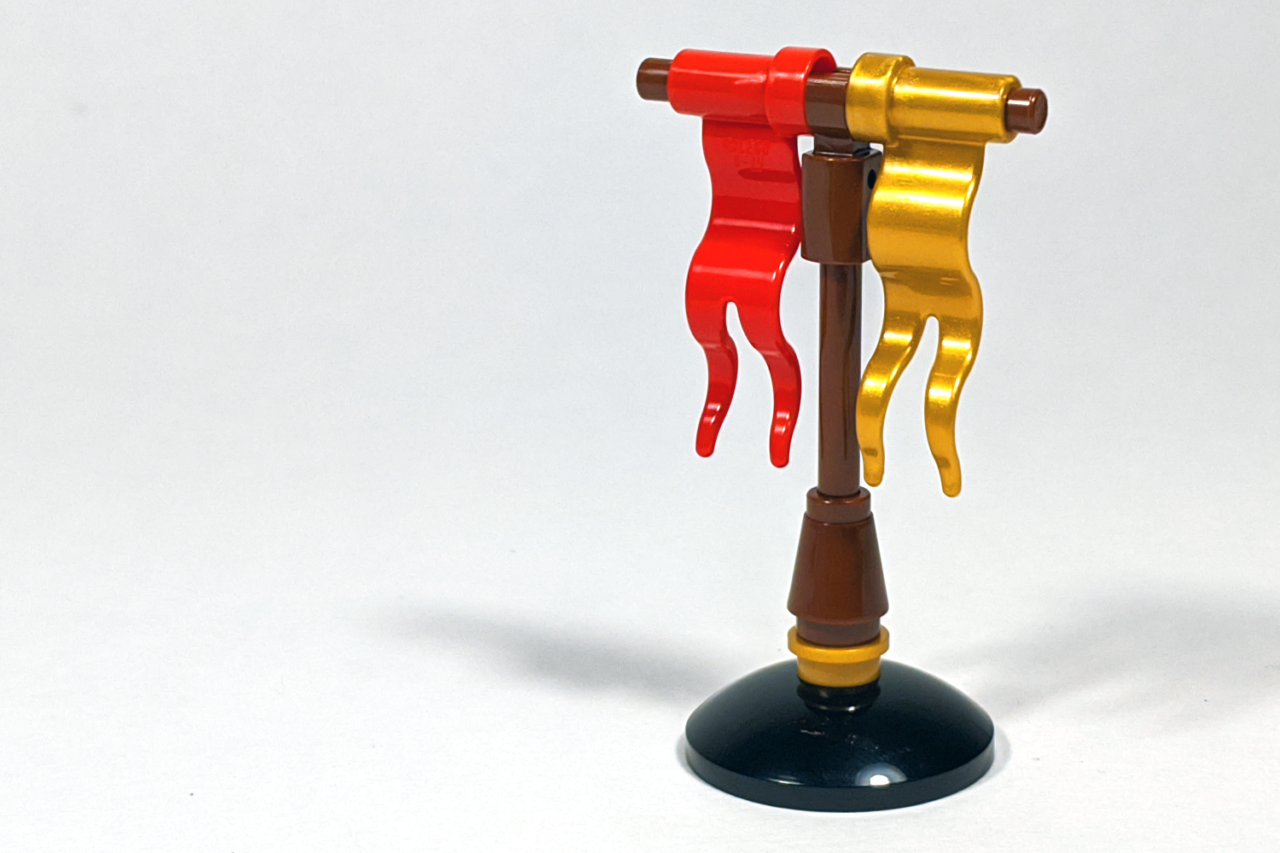 [Eric] Not every day can be a nice, thick, brick-built structure, so while this eight-piece flag holder may not be super flashy or particularly interesting, I’m into it. Not a ton to say about this one. 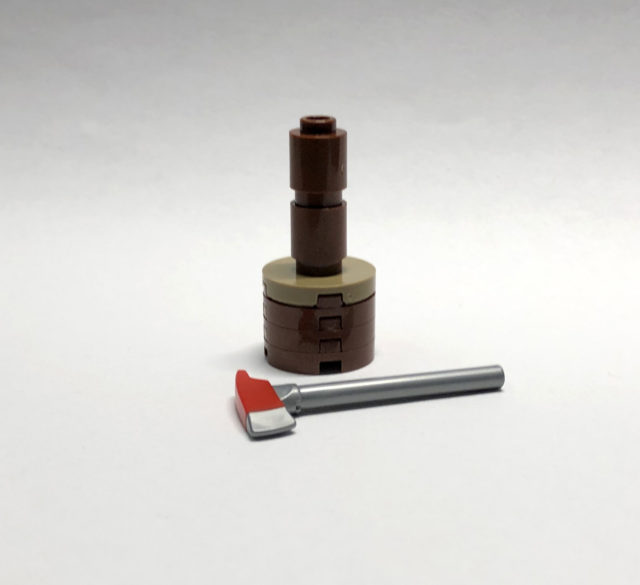 [Nick] Okay… this is small and basic, but still, I like it. I haven’t purchased Collectible Minifigs in a few years, so maybe this axe appeared with one of those, but it’s new to me, and it’s gorgeous. That being said, you would not use an axe like that to split wood… you want a much thicker head, typically called a splitting axe. This is more of a fire axe, which can double as a pick (thus the back of the head). Still, a good accessory and simple parts.