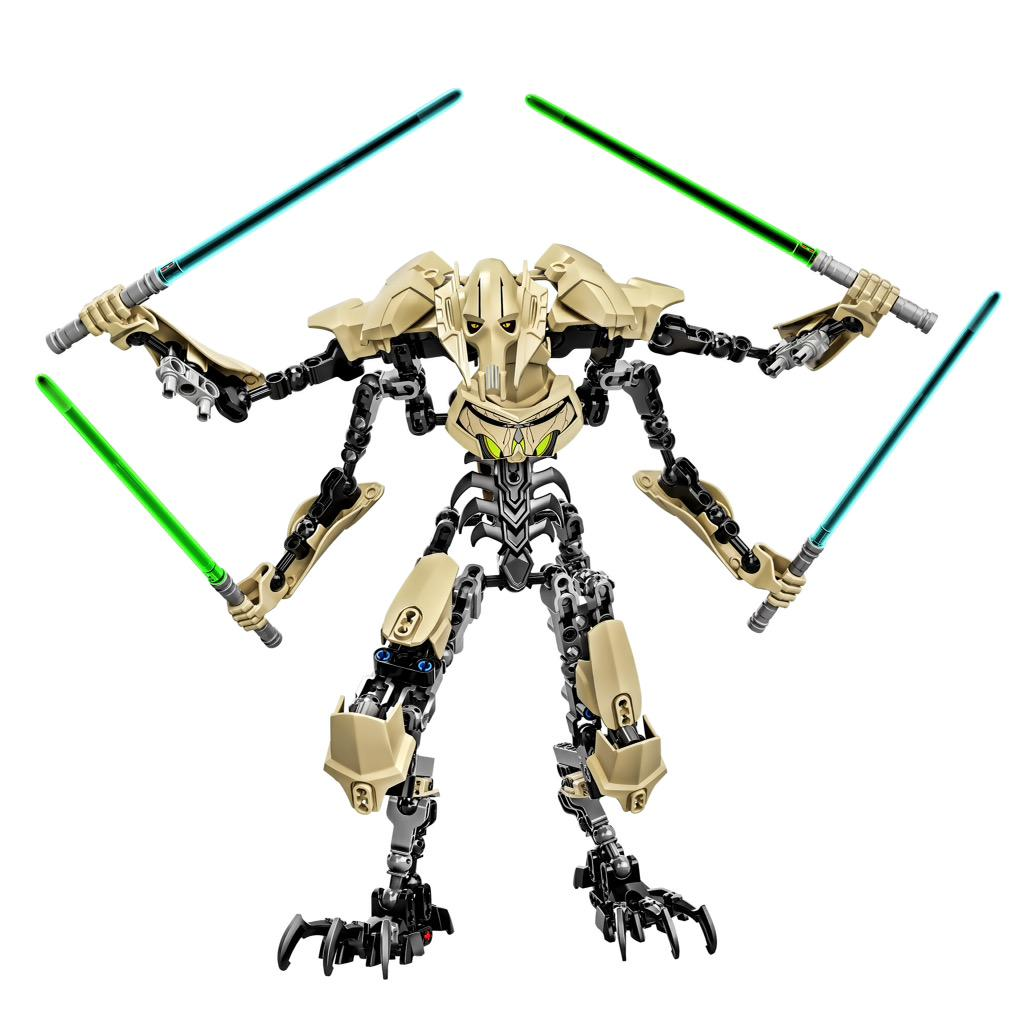 LEGO announced today that they are revealing four more sets in their LEGO Star Wars Buildable Figures line. In addition to the Luke Skywalker and Darth Vader sets that were shown at New York Toy Fair earlier this year, General Grievous, Obi-Wan Kenobi, Jango Fett, and Clone Commander Cody will be joining them on the shelf later this year. All of the figures will be on display at the LEGO booth at Celebration this week. You can see Grievous above and Obi-Wan below. Jango and Cody have yet to be revealed. The piece breakdown and set numbers are below: 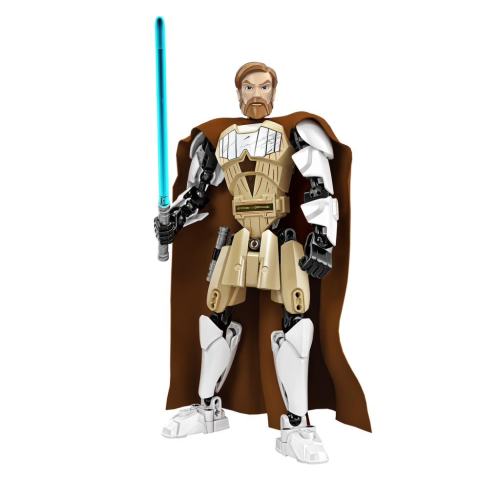 You know, with these buildable figures, you’d think Hasbro would have a huge problem with it. But perhaps licensing terms have been more clearly defined allowing LEGO to release a building set that essentially produces an action figure. Maybe this means LEGO can start selling Star Wars minifig packs like they used to without gluing them down to a magnet base. Maybe this will pave the way for a Collectible Minifigure series based on licensed properties. Maybe pigs will fly one day.