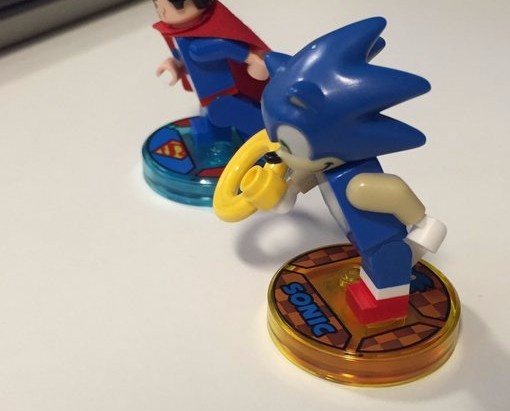 This is kind of a bad angle but it’s best it’s gonna get. The above picture was shared by Mark Warburton of TT Games and posted on NintendoLife. Sonic was revealed as a Dimensions license in the E3 reveal video at the very end, snatching The One Ring away from Gollum. Despite using The One Ring element in the video, here he has the life preserver element as his accessory. This may still be a prototype and the final version may differ. He is not part of the wave 1 assortment so this is a very early look at one of the future waves in the second year of Dimensions.

You can pre-order all of first wave of the second year of LEGO Dimensions from Amazon right now.