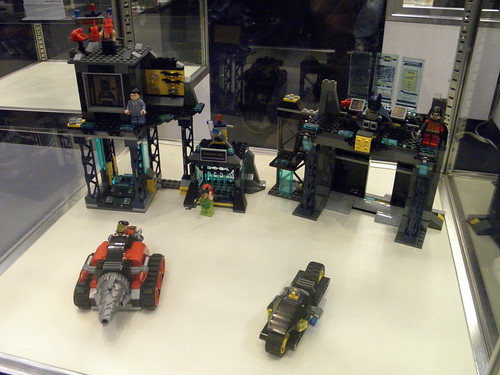 NYCC marked the first public appearance of 6860 Batcave, part of the upcoming LEGO Super Heroes Line next year. While displayed without much fanfare (or the knowledge of most employees at the booth), it was nonetheless there. I’ll let the pictures speak for themselves. 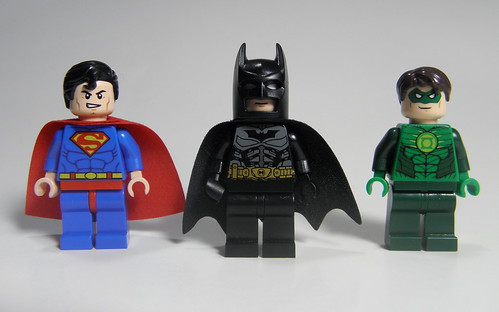 As announced earlier this week, the DC booth had giveaways of exclusive Batman, Superman, and Green Lantern minifigures with NYCC cardbacks. Batman and Green Lantern were the same as San Diego. Superman was completely new, and proved to be a real hassle to get. They were all limited numbers, Superman more so than the other two. They ended up giving all but a handful of him away early in the morning, so the people at the later giveaway were outta’ luck. Could have been better organized, but at least it was possible to get them if you were at the booth on time. 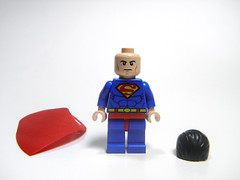 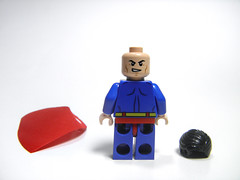 For the record, Superman has a double-sided head. One side is angry, the other side is smug. He also has back printing.

Elsewhere on the convention floor, the Hallmark booth had it’s Darth Vader minifigure ornament on display, along with a preview of the upcoming Stormtrooper ornament. They also had some LEGO Star Wars greeting cards and party supplies

DK Publishing had a free LEGO Star Wars poster, but nothing new for sale or display. Pictures of the poster coming soon.

Sadly, LEGO had no real presence outside the DC, Hallmark, and DK Publishing booths. Kre-o had a massive set-up, including freebies and giant Kre-o fig mascots. Megablocks had less of a presence, but at least they had a booth. Come on, LEGO. We need you here next year!

There’s still one more day of the convention, so I’ll be posting a full report soon.