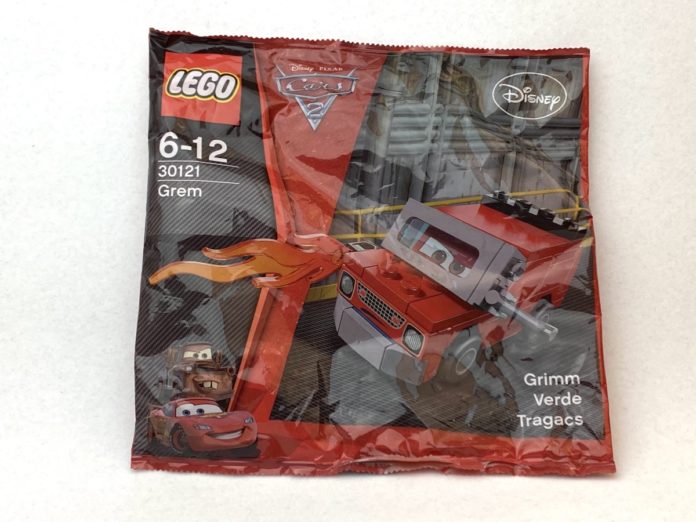 Cars was a license I thought had some teeth. I mean, kids like cars, kids like cartoons, so what’s wrong with cartoon cars? Nothing in my book. I actually enjoyed the movie myself as well as the sequel, Cars 3. Yes, Cars 3 was the proper sequel. Cars 2 was just a steaming pile of junk that no one should bother watching. The only good thing to come out of Cars 2 was another wave or two of sets, such as today’s polybag, 30121 Grem.

This week’s set of polybag reviews is sponsored by The LEGO Group which is sending me a few things this week ahead of the May the Fourth sale coming up next week. We’ll have more details on what they’re offering soon so stay tuned. If you click on this link for LEGO.com and make a purchase, we’ll get a few pennies that go towards paying for my unexpected car repair bill. As always, we thank you for your support.. 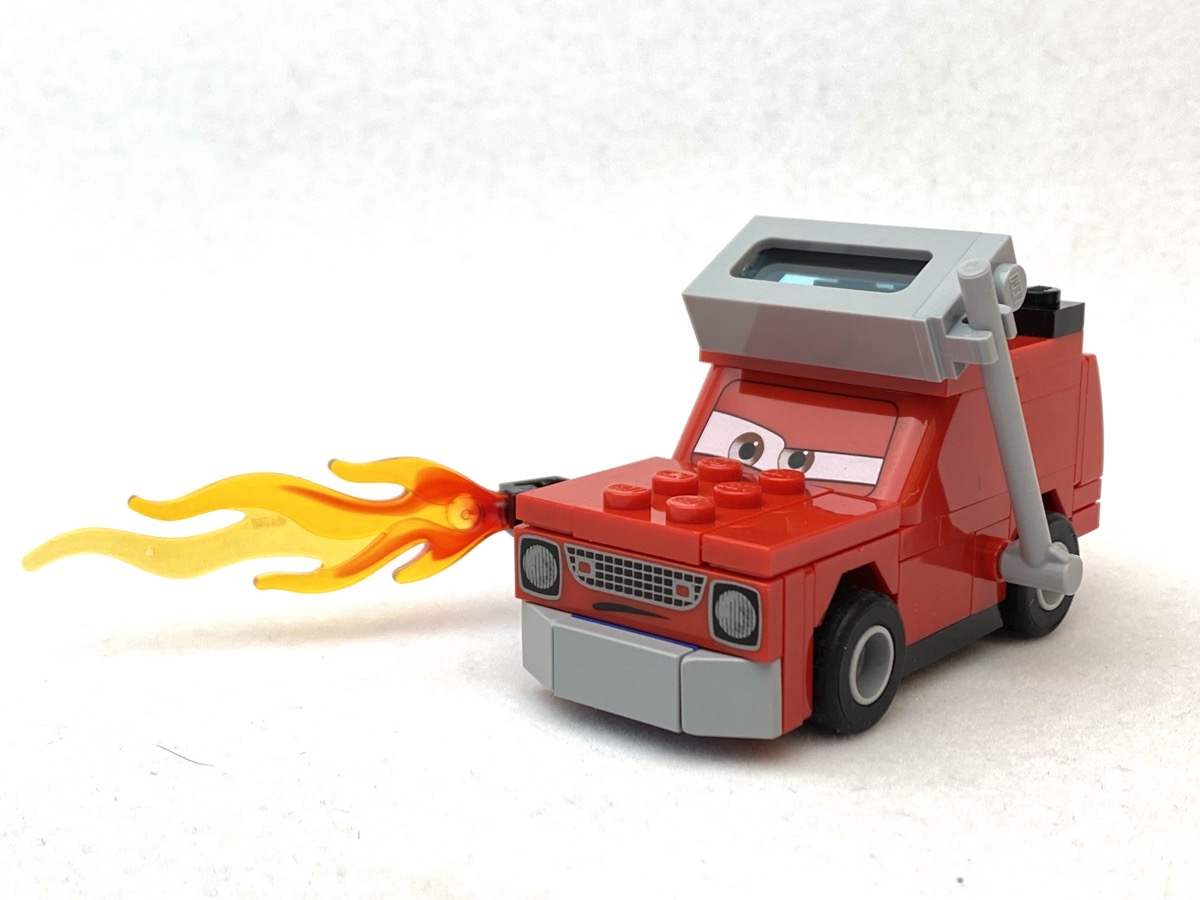 I don’t remember much from Cars 2. Call it forgettable, call it PTSD, there’s very little about it even care to remember. Grem here I think was a bad guy. I seem to recall that there was a stereotype in the movie about how the bad guys were these old junky cars and that the good guys were sleek modern cars. 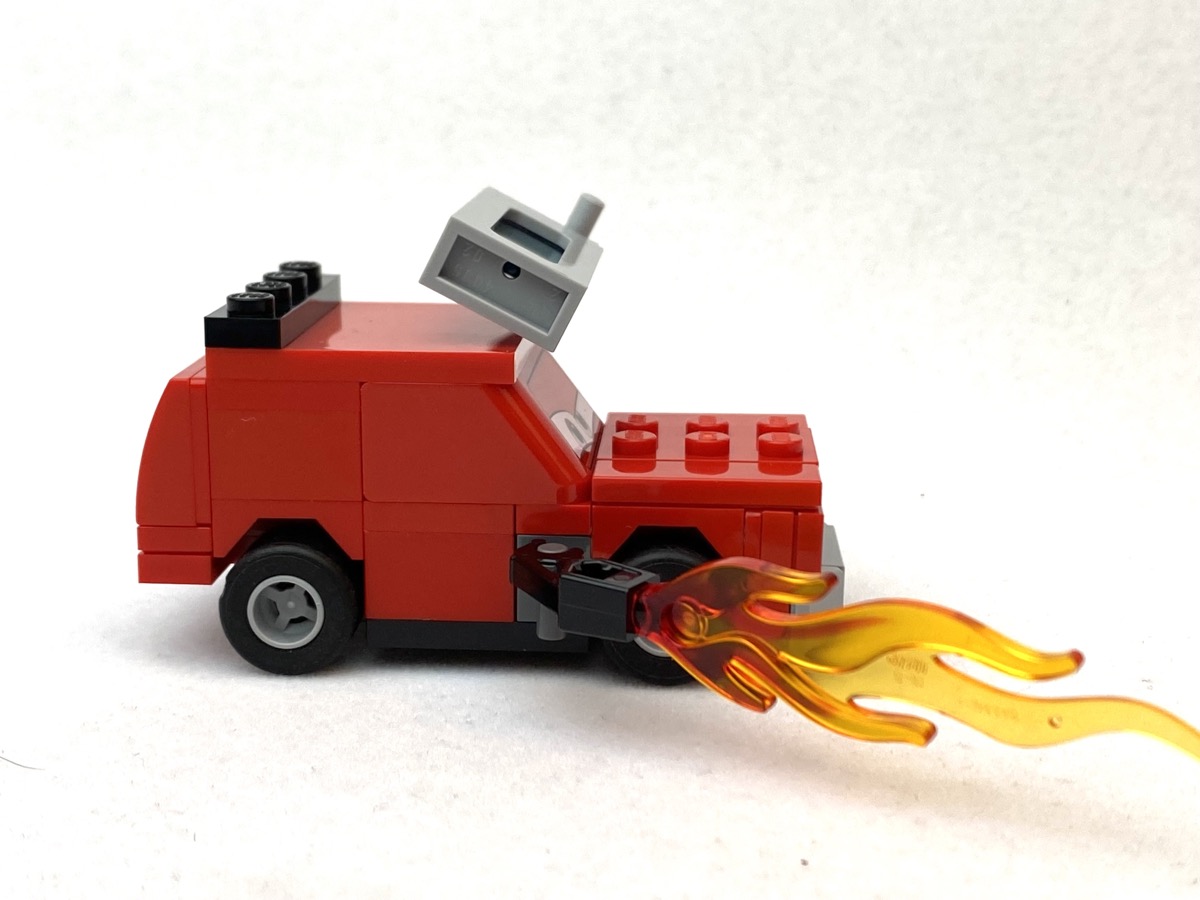 Pretty sure Grem is short for Gremlin, a car by AMC. It wasn’t a very pretty car, competing against the likes of the Chevy Vega and Ford Pinto. I can’t remember if there was a Pinto or Vega car character in the movie but if they were I would bet money that they were also bad guys. 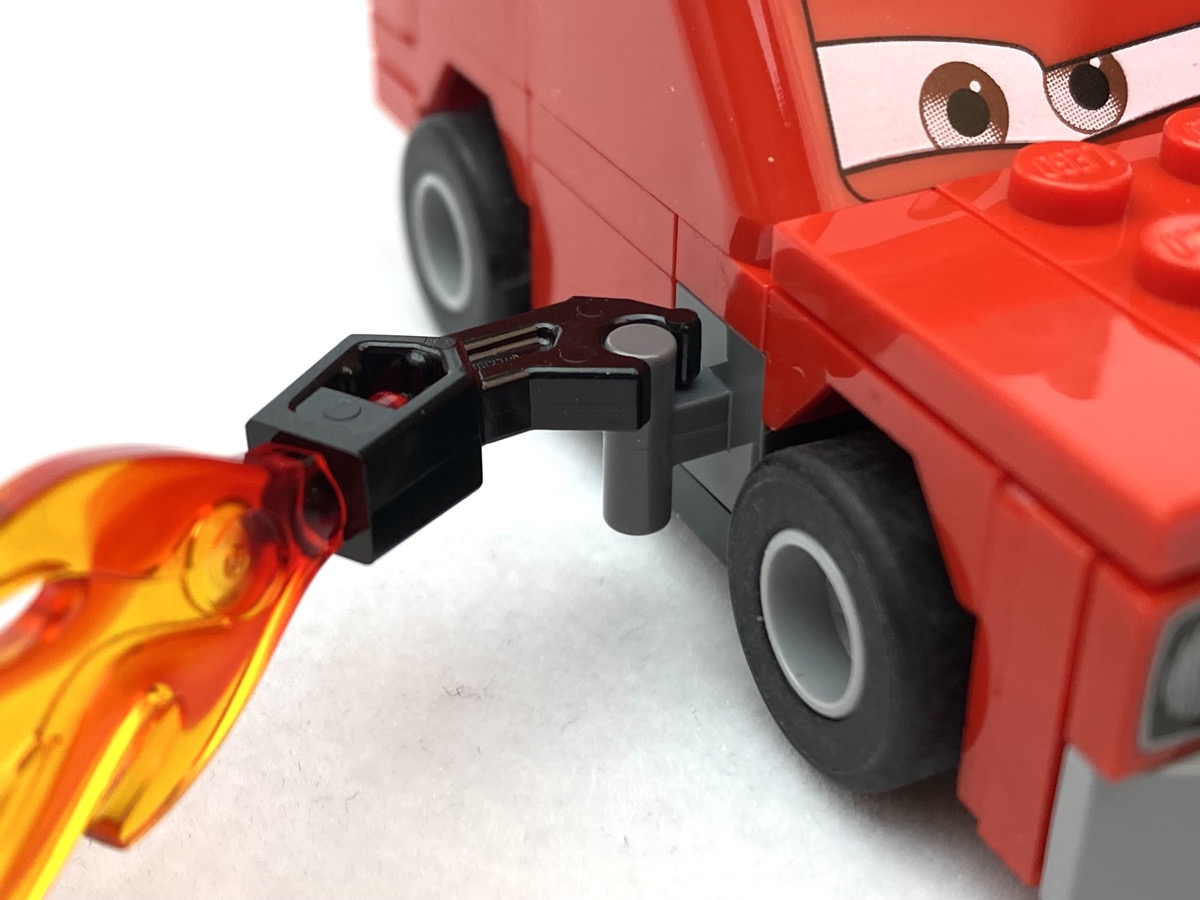 Grem is outfitted with a blowtorch and a welder’s mask. Pretty sure this was used as a torture device, or at least used as a threat of being tortured by this device. 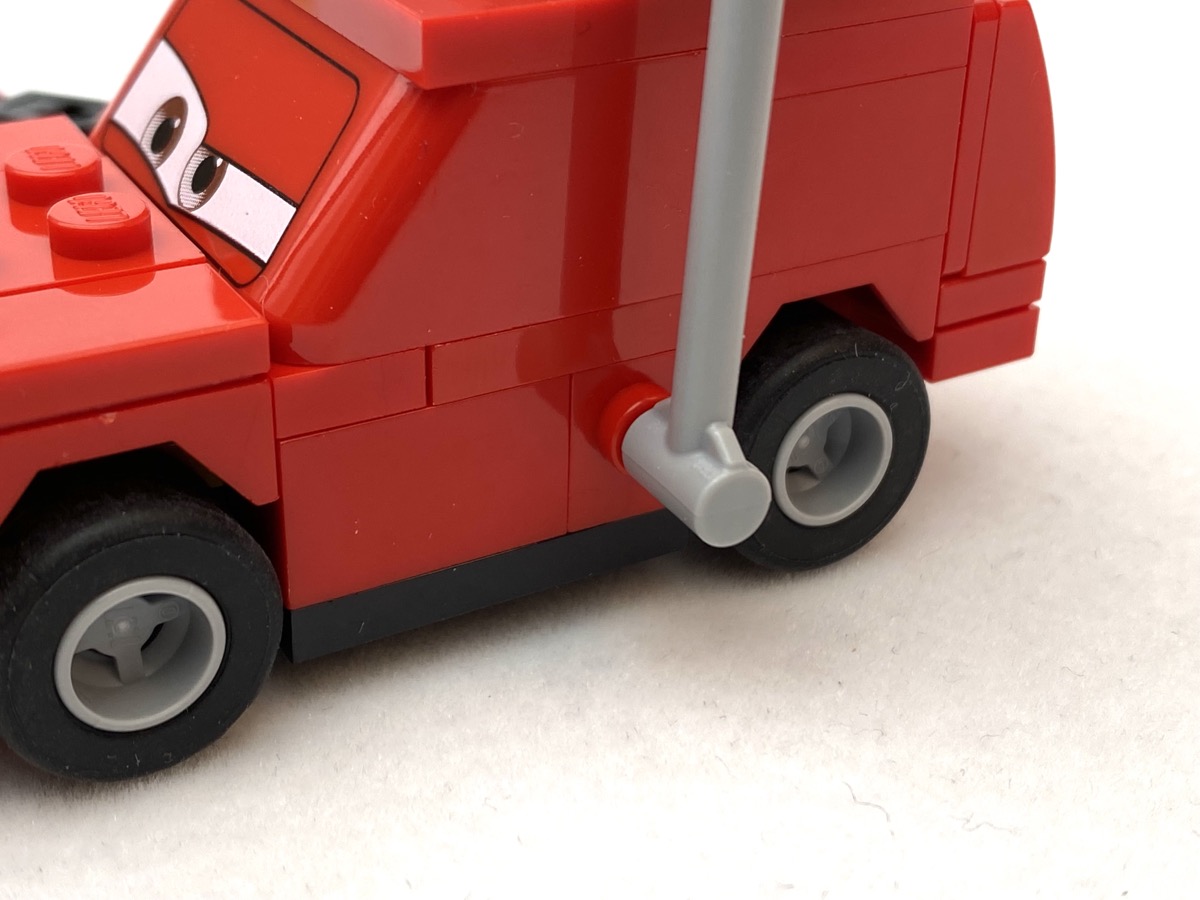 The welder’s mask is actually pretty effective. It’s attached to the post which is plugged into the side of the car here. 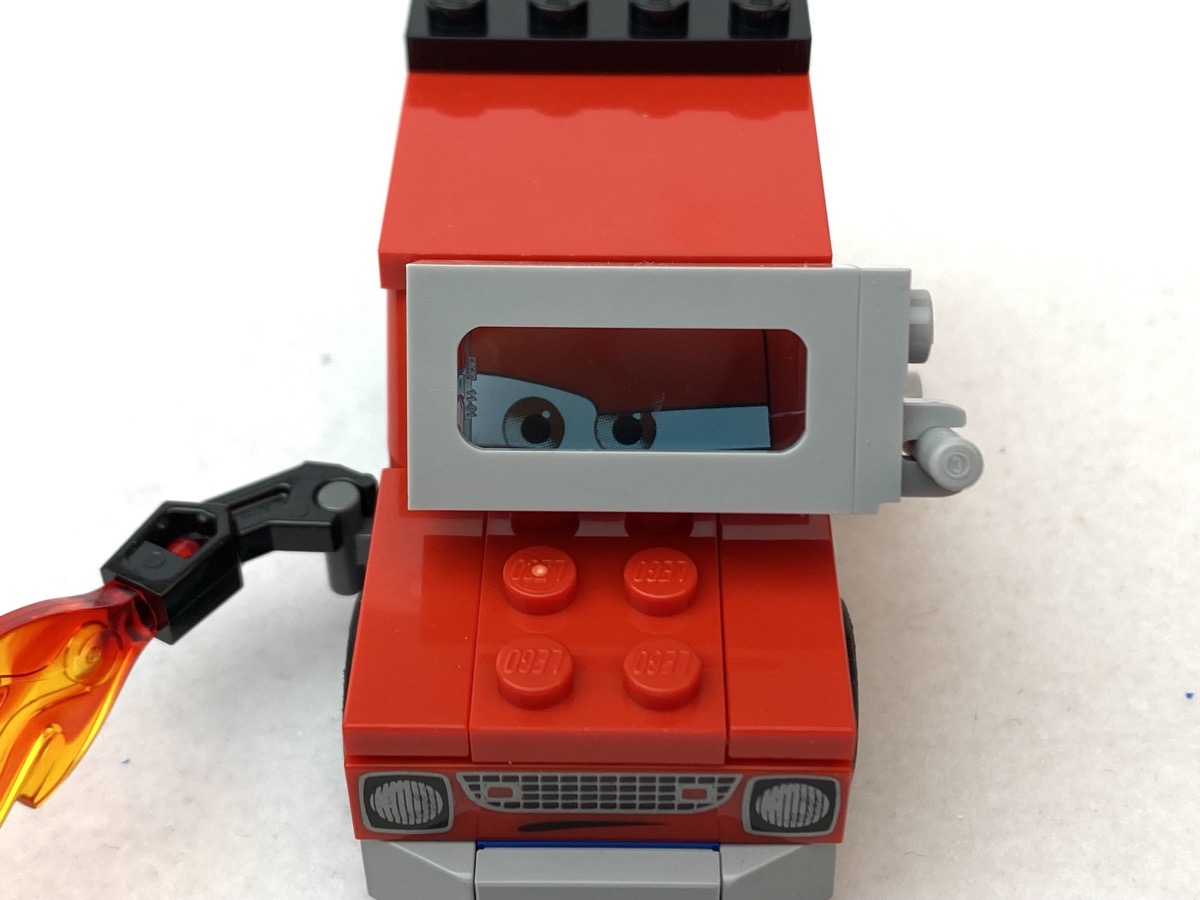 And then it swings down to cover the eyes. The only thing that bugs me though is that it just needs another 1×2 plate to center it over the eyes properly. I’ve borrowed the black 1×4 plate from the back of the vehicle to demonstrate: 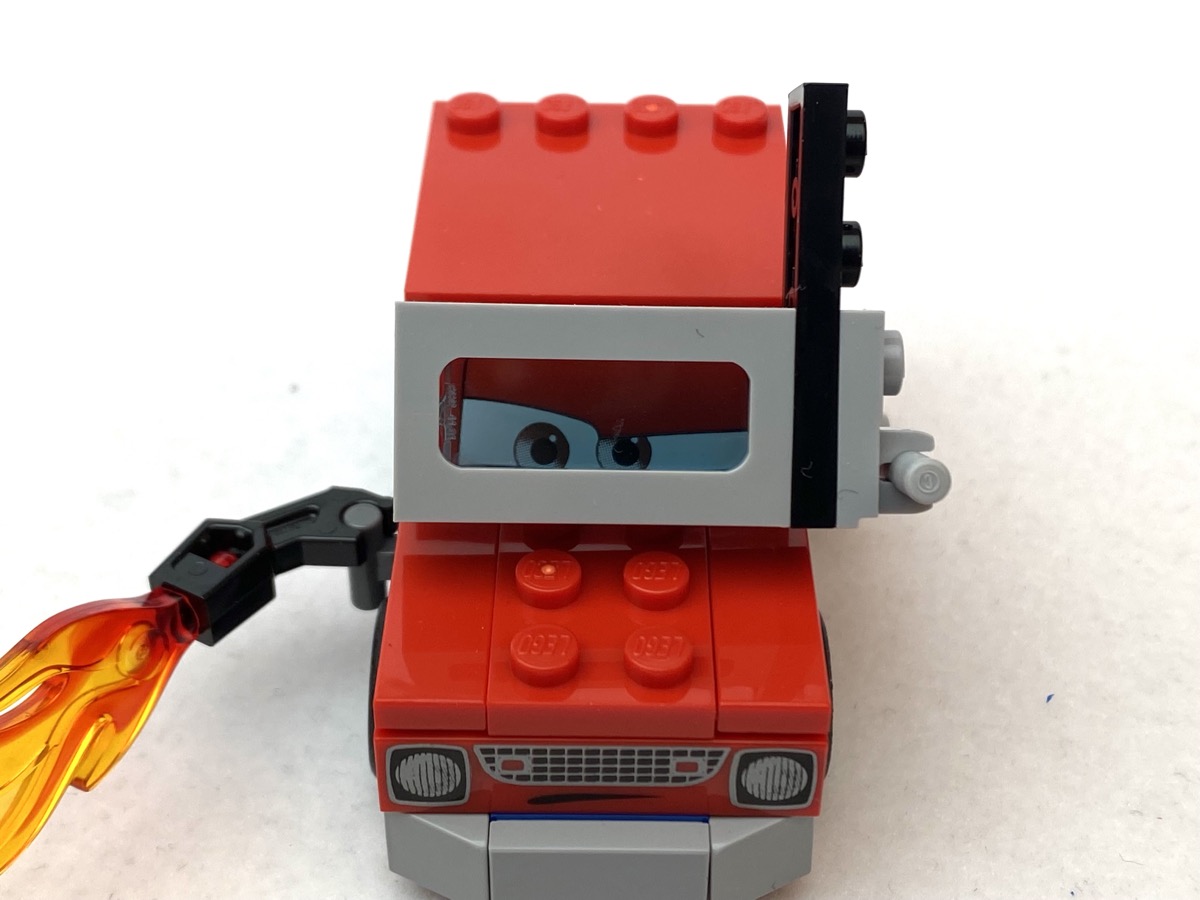 See? It looks like it fits so much better! Oh well. Without it it’s not bad enough to turn this review to a negative. Terrible source material aside, it did give use a few more car characters which is probably the only positive thing I can say about Cars 2. Grem coming from a polybag is like getting Gun Mounting System in a polybag, bad guy or not, forgetting character or not, it was at least something nice in a short-lived wave. 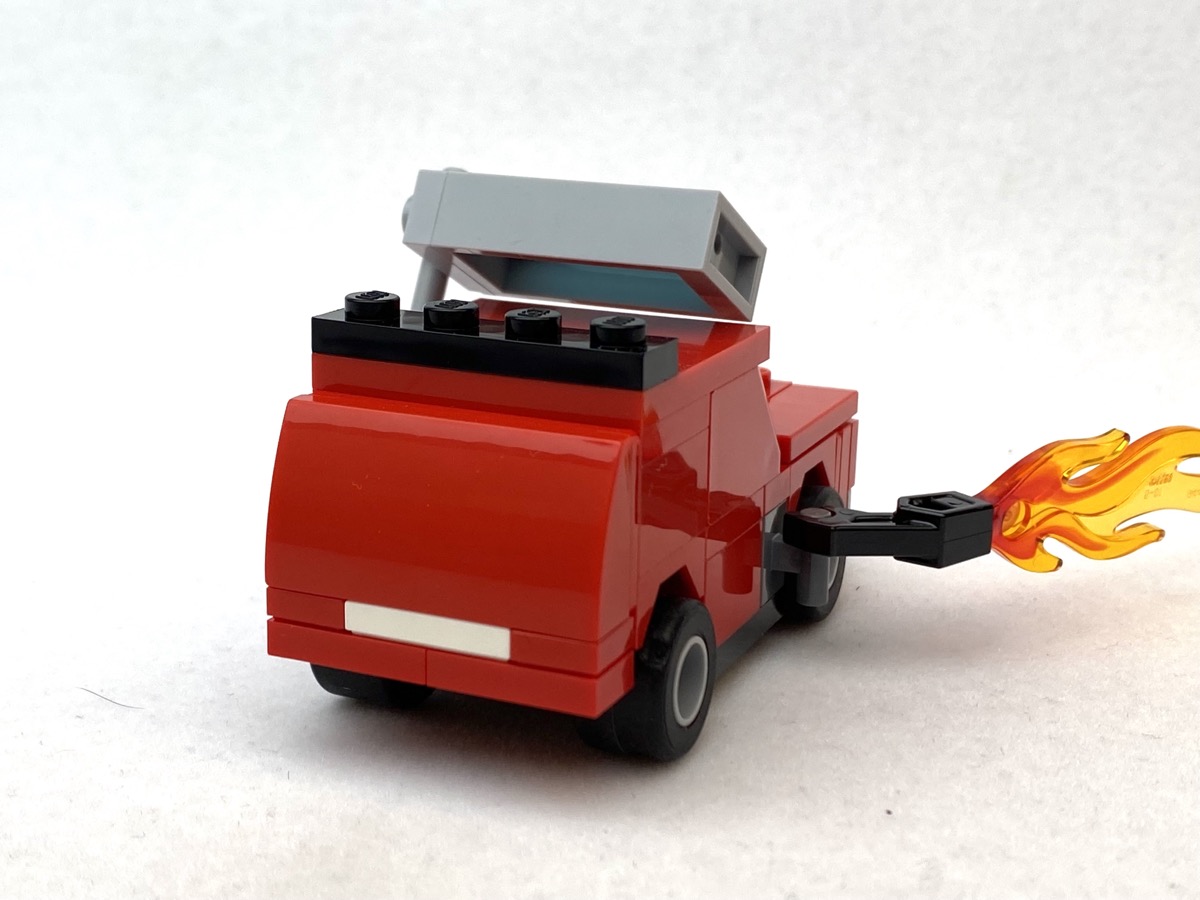 This set rocks! Who wouldn’t want the cars equivalent to a unique minifig from a polybag?