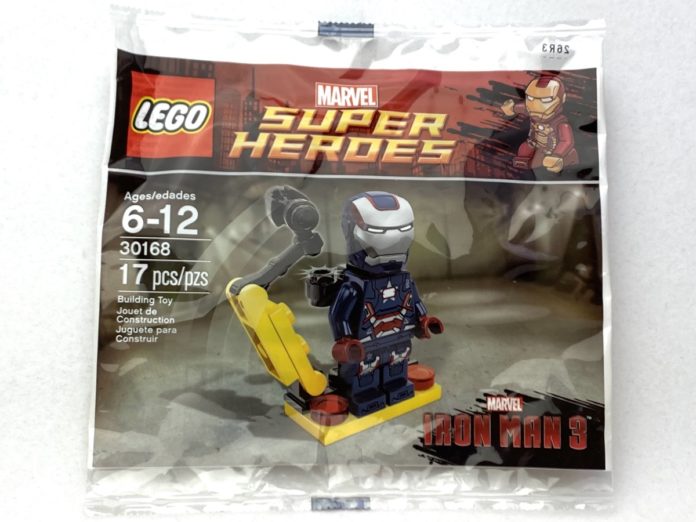 Whenever I’m about to review a polybag and it happens to be one of those that don’t have a name printed on the front of it for whatever stupid reason, I go look it up and Bricklink and use the name there. Today’s polybag, 30168, is one such polybag. I had always assumed it was called Iron Patriot because that’s essentially what it is that you’re getting. But its actual name is “Gun Mounting System” because someone, somewhere was just being dumb. 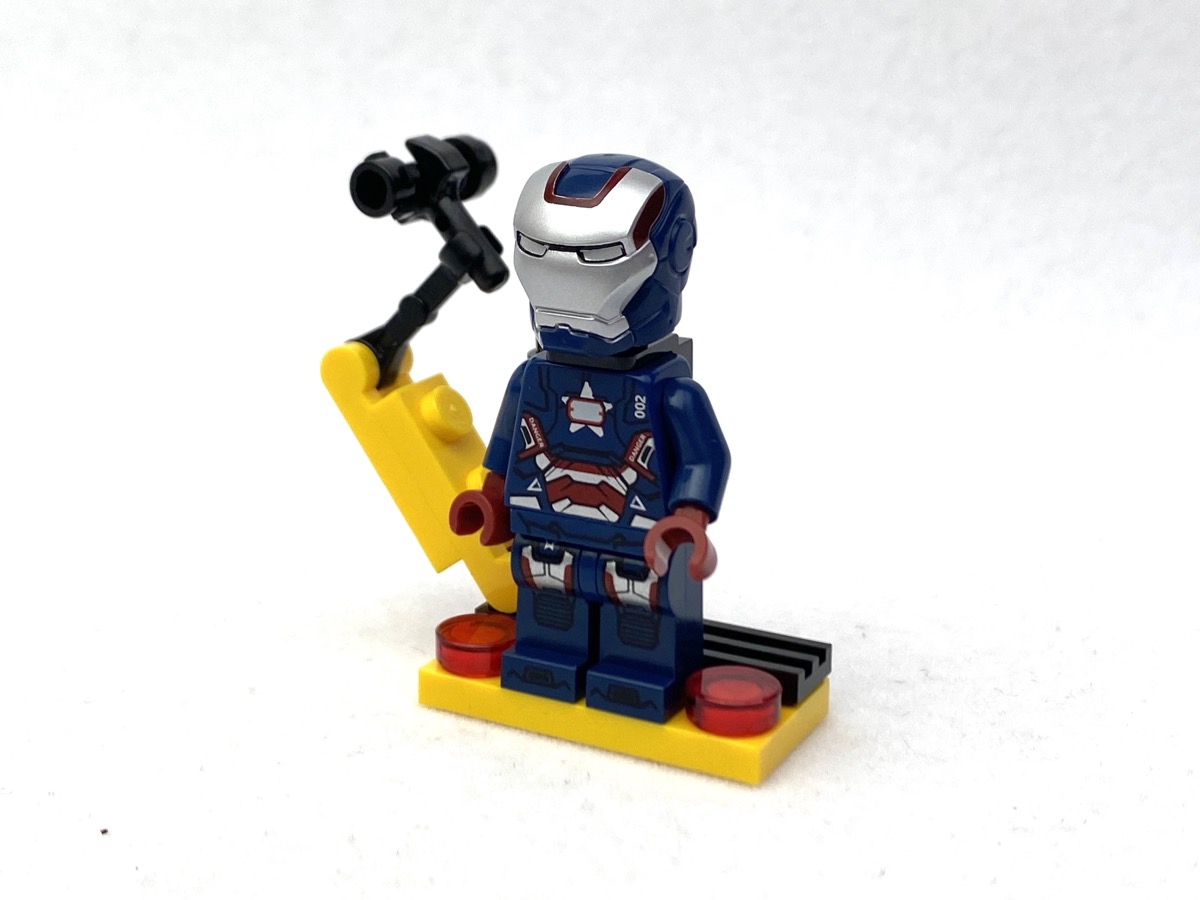 I mean, it is a gun mounting system, but it doesn’t quite work very well. The mounting arm raises the shoulder gun to the right height but you either have to force it with your fingers the rest of the way in order for it to mount or tilt the plate slightly to get the right angle. 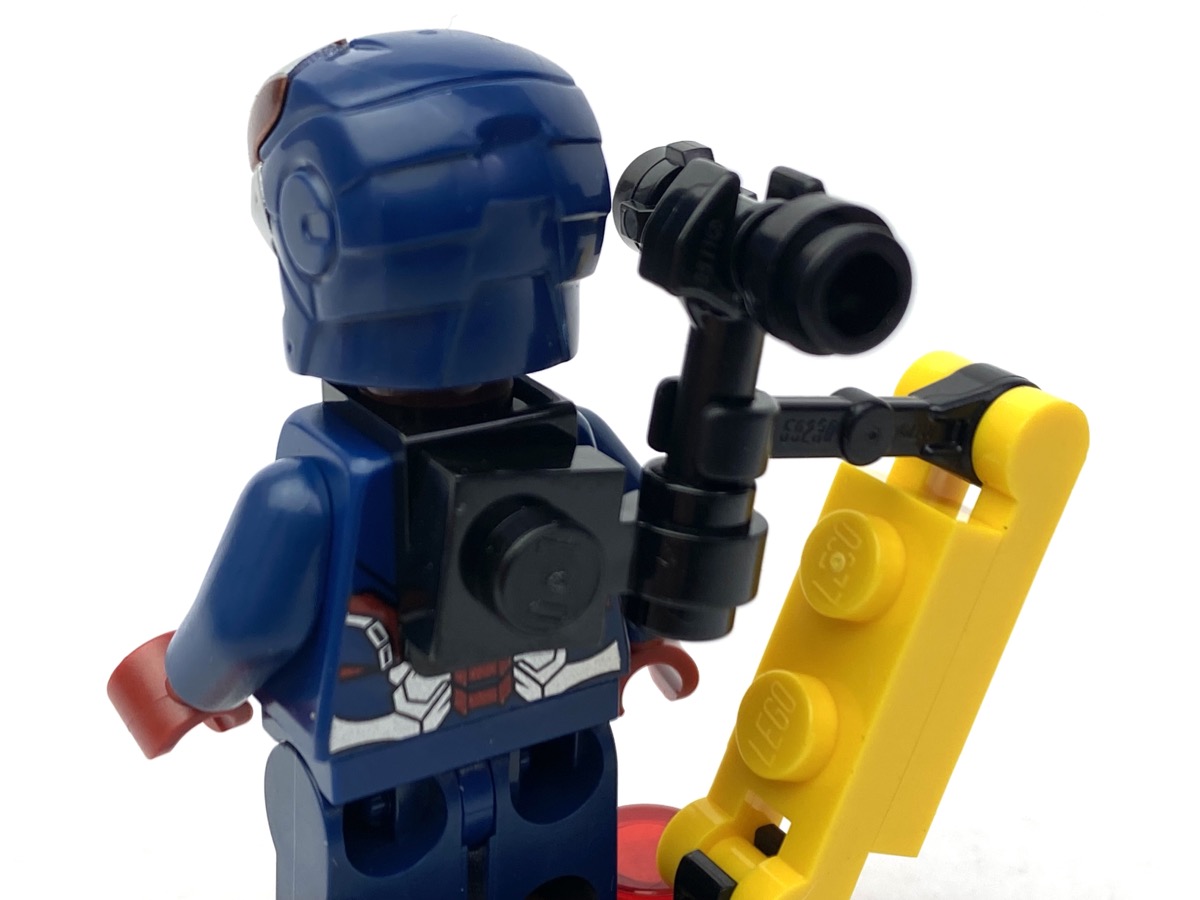 And you know how much I love mis-aligning things. It’s a little gimmicky and finicky but it works well enough. 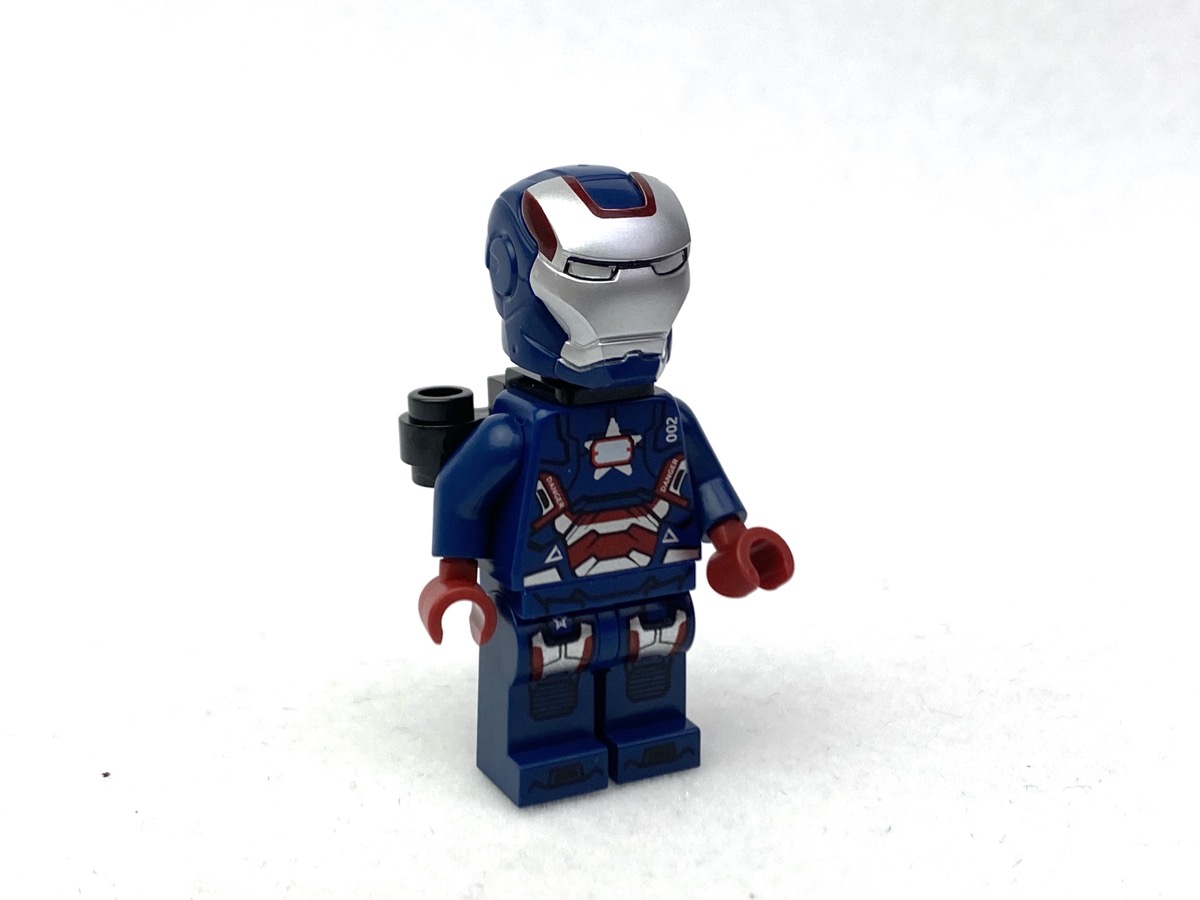 But like I said, this isn’t why you’re getting this polybag. No, you got this polybag because of Iron Patriot. It was the only way to get this suit and if you were trying to make a LEGO Hall of Armor, you wouldn’t be complete without it. It was a pre-order bonus for LEGO Marvel Super Heroes The Video Game back in the day and according to the internet it was through Walmart. The thing is though I don’t ever remember pre-ordering anything from Walmart so I’m not entirely sure how I got this one. 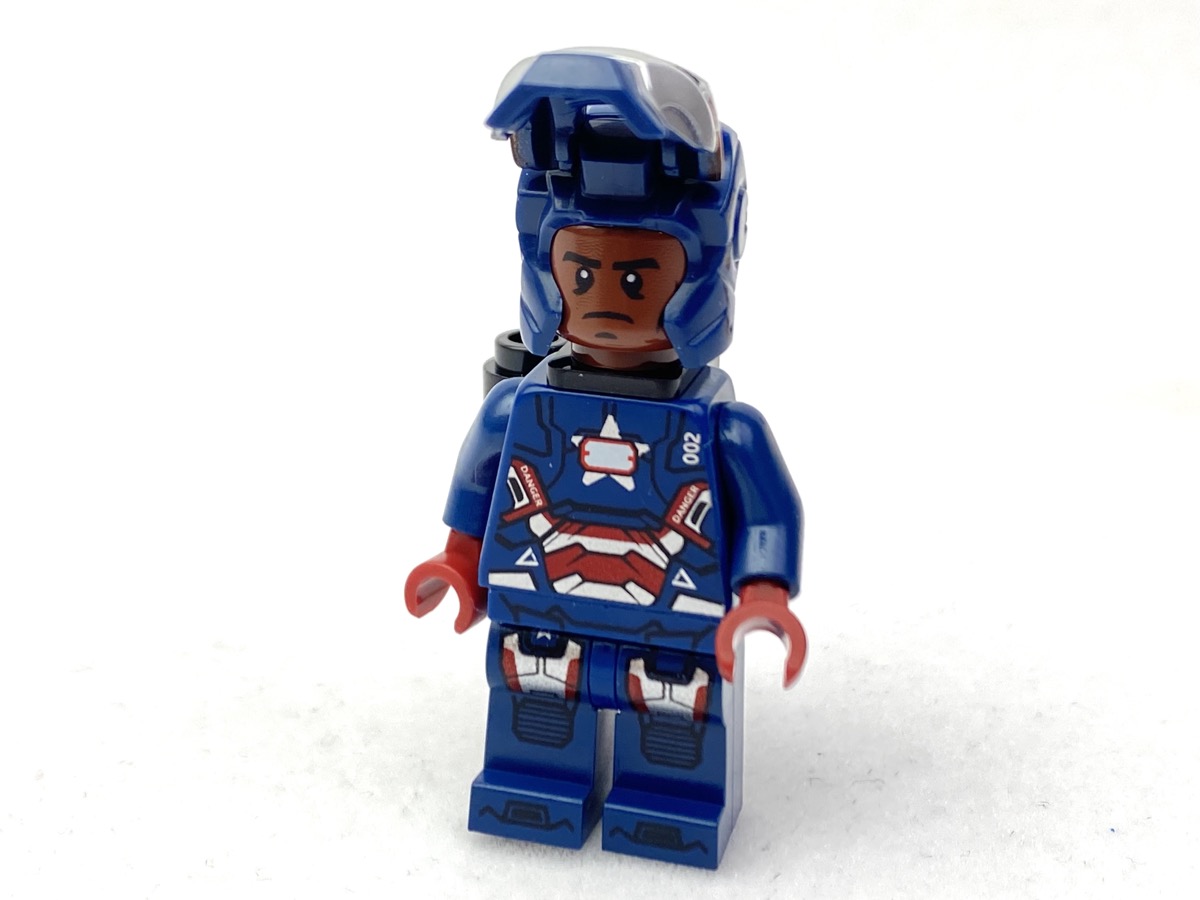 Iron Patriot comes with Rhodes underneath the helmet. 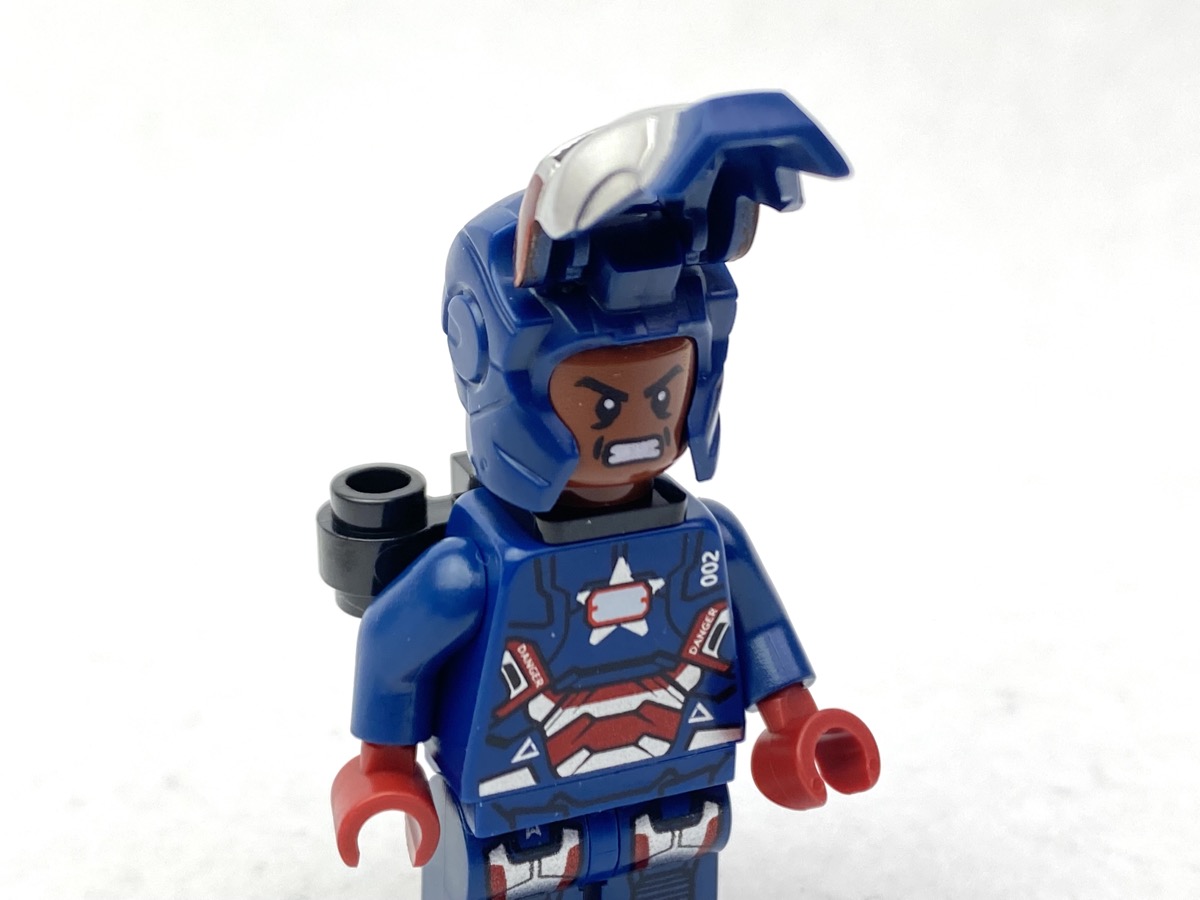 It’s a double-sided head too so that’s kind of neat. There’s a ton of details printed on the minifig including on the legs, hips, and even toes. It’s a little too detailed for my liking but considering that there’s never been another Iron Patriot minifig ever made since this one was released back in 2013, it’s nice to see that LEGO pull out all the stops. The only thing that could have made it even more detailed would have been arm printing. 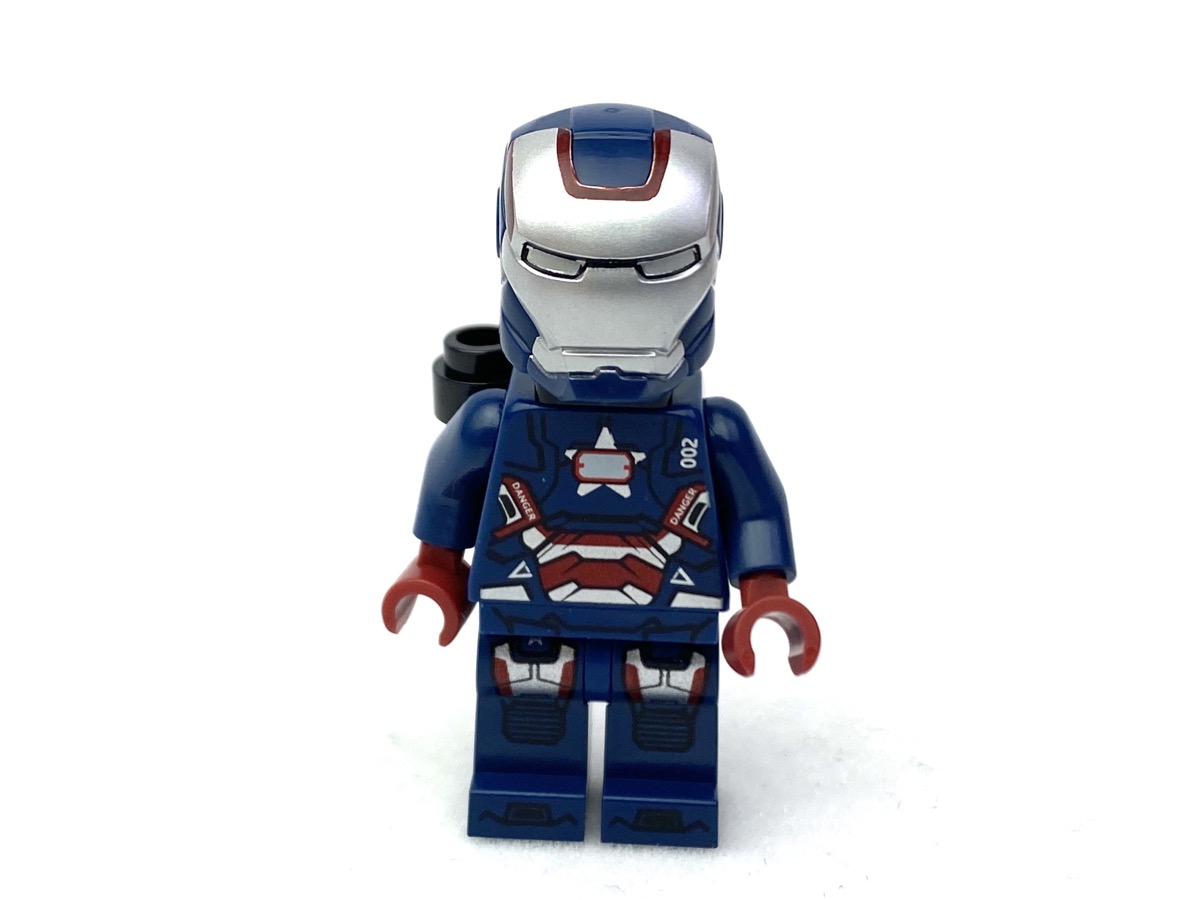 And speaking of things in the past, my opinion back then of Iron Man’s helmet was it just looked dumb. I always though that it should have been printed minifig heads instead of actual helmets. The flip-up face plate was a gimmick but given that LEGO has decided to do away with the two-piece helmet approach and just go with a single element with a printed face pattern, I’d much rather have the original flip-up version instead. 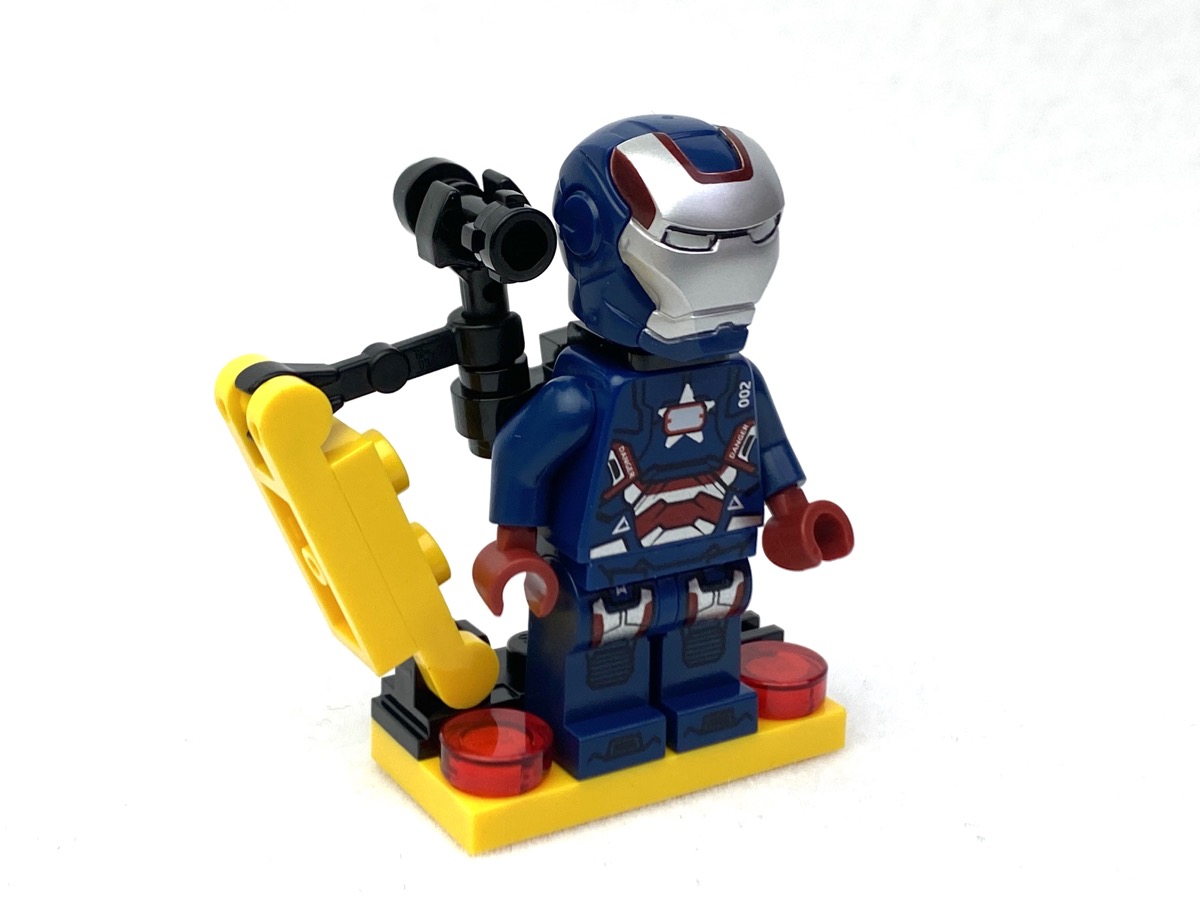 This set rocks! A super unique minifigure and one that’s never been reissued or re-released in any other form. Despite the stupid polybag name, we all know it’s called Iron Patriot. Having Rhodey stand on the mounting system actually makes for a small and cute vignette.