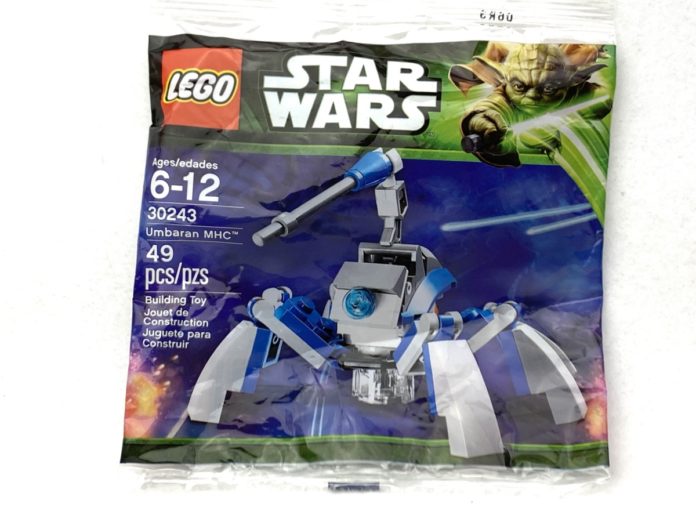 Ahhh… the Umbaran MHC. Some vehicle from the Clone Wars cartoon that I have absolutely no frame of reference for. I’m not even sure it’s from the Clone Wars. But that doesn’t really matter because the LEGO set we got out of it, 75013 Umbaran MHC, was just spectacular. At least that’s what my memory is telling me. I bought it, built it, and pretty sure I liked it. This giant spider tank. Unfortunately, I just never bothered to write up a review for it. It’s mini counterpart and the star of today’s polybag review, 30243 Umbaran MHC, is a great representation of that set. 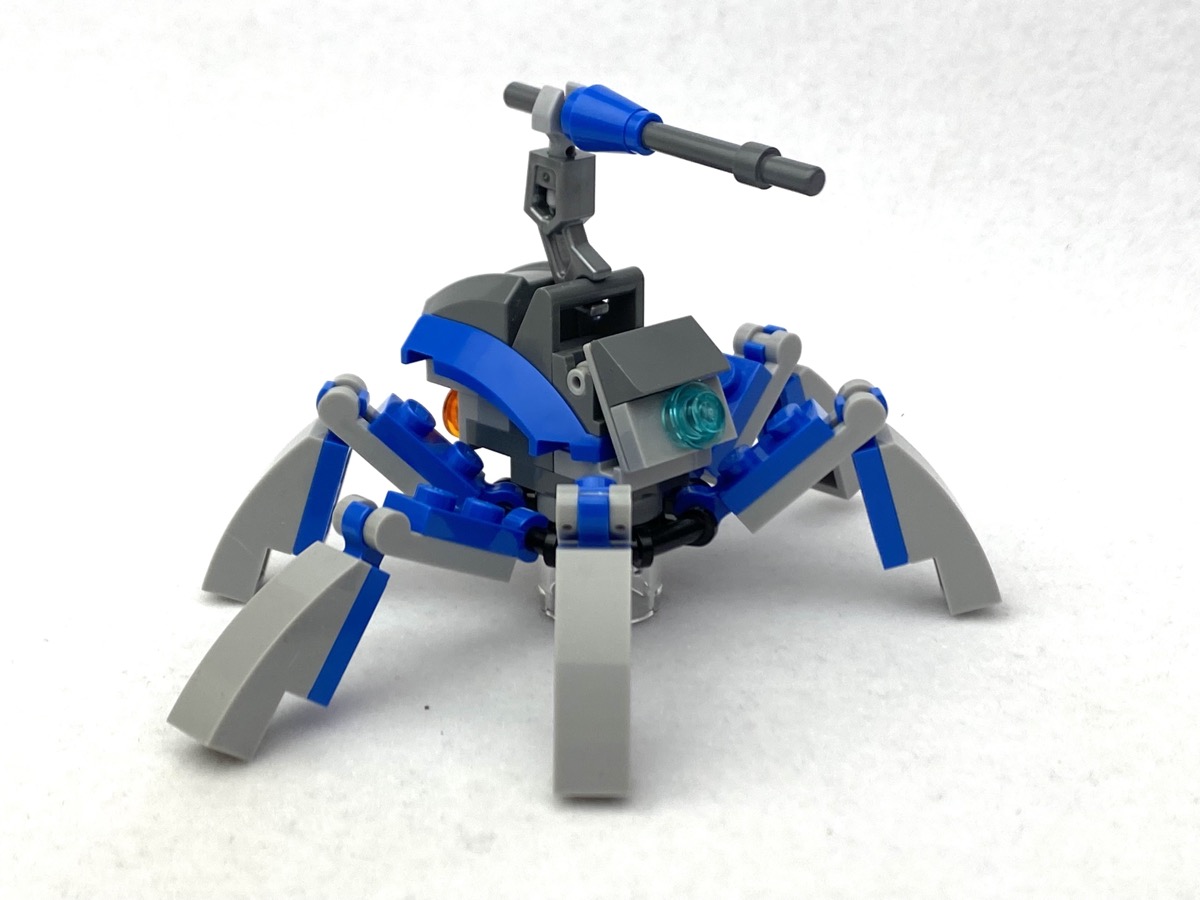 It’s hitting all the right notes. It’s got the six legs, the right color combo, and a giant cannon on the top. 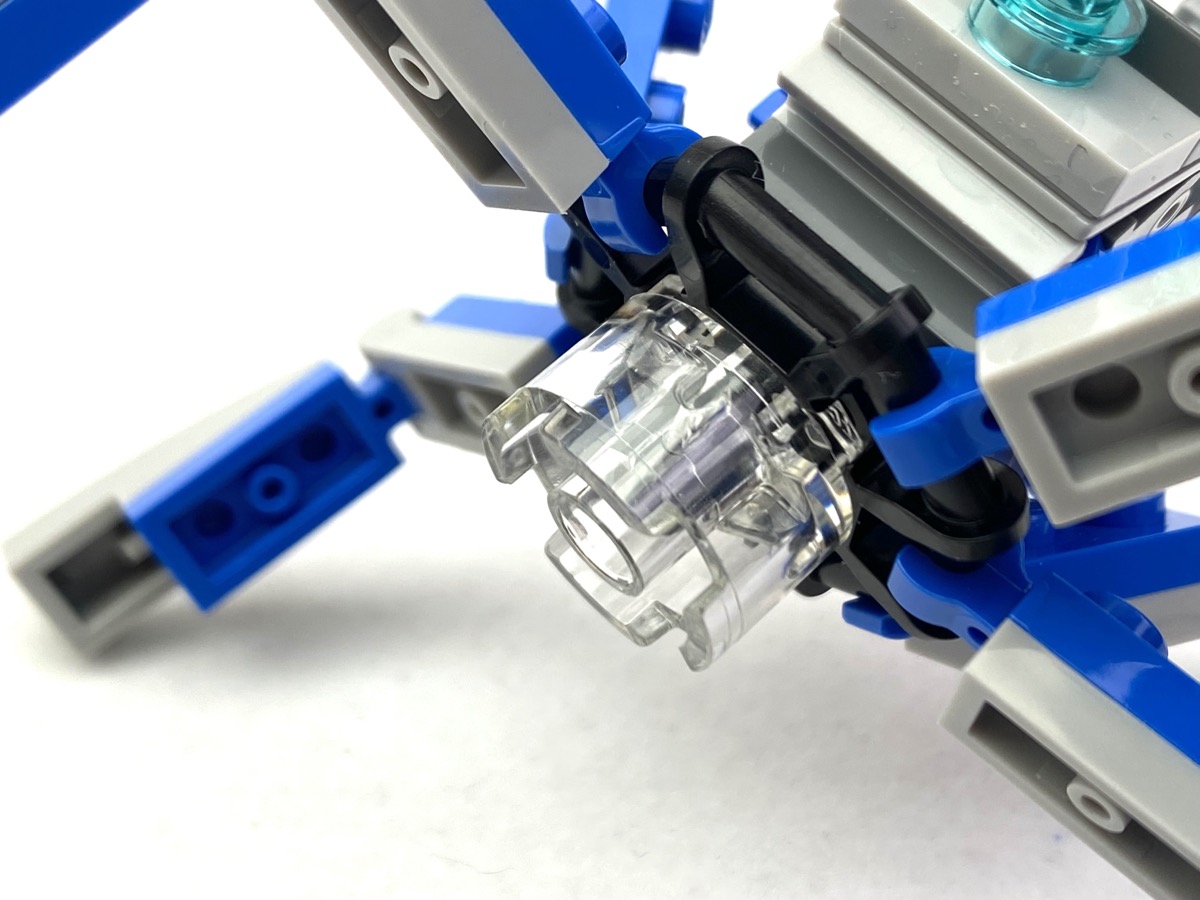 Like most spider-like minis, there’s a 2×2 trans-clear round brick on the bottom for support. 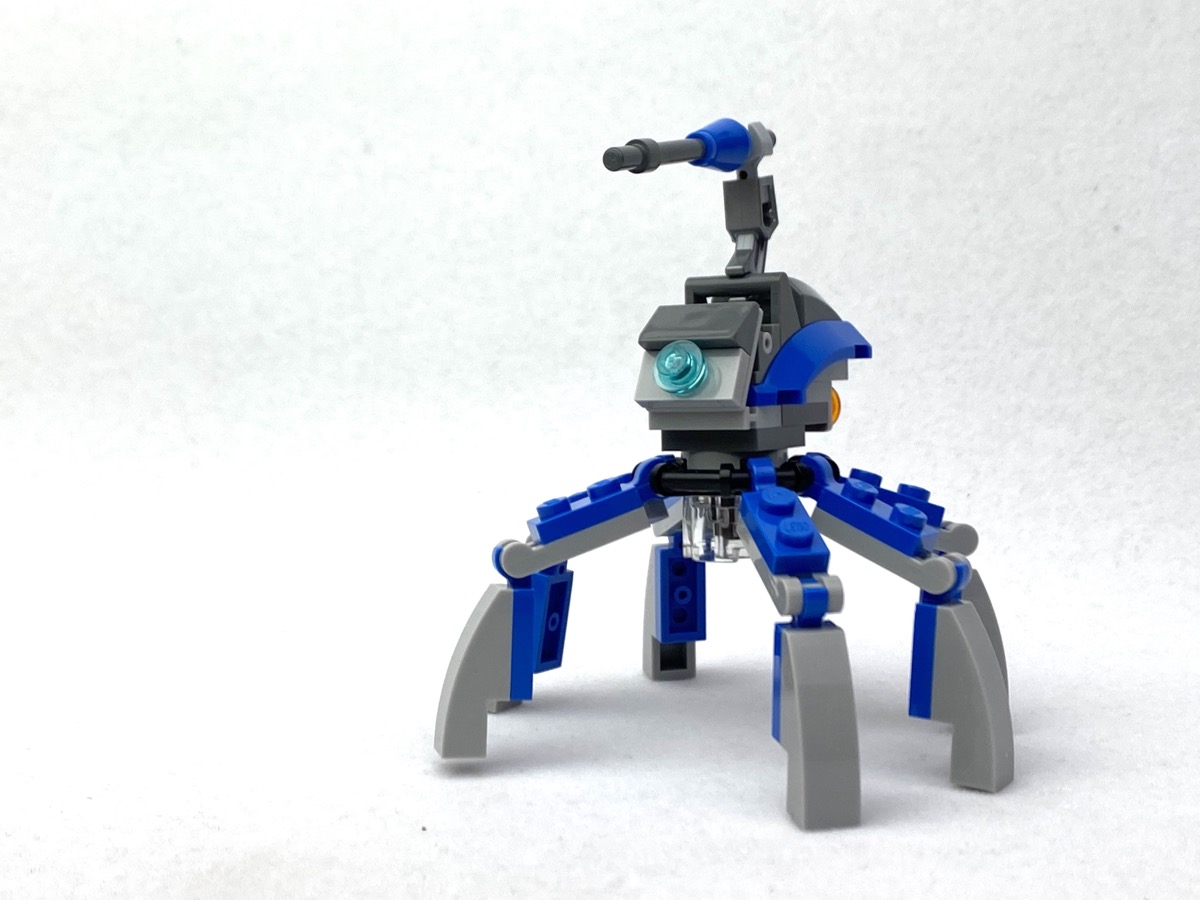 It’s not really needed for this model because the hinged legs have enough friction to support the bug no matter how you pose the legs. 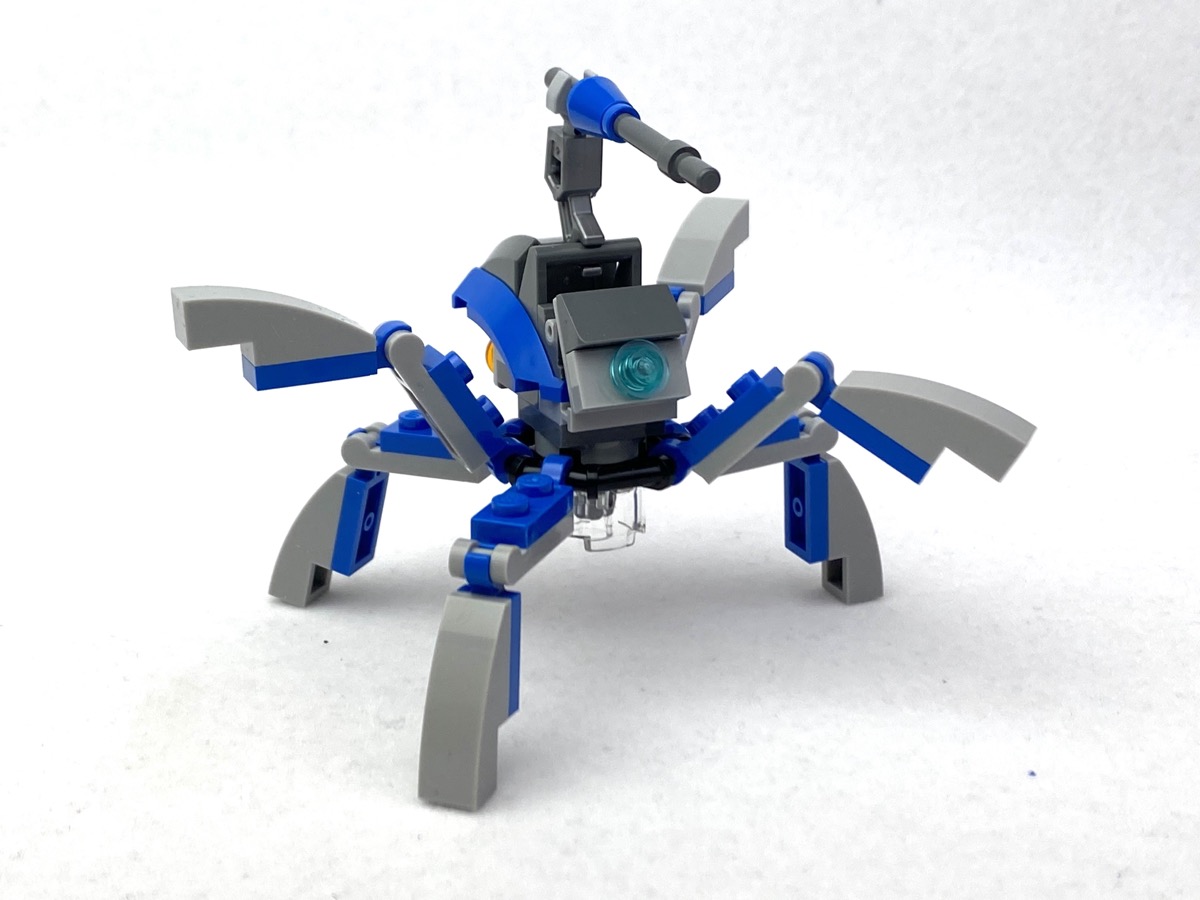 Plus, with there being 6 legs, the weight is distributed enough to not put so much pressure on any one or two limbs. The legs are articulated at the hips and knees allowing for all kinds of posability. 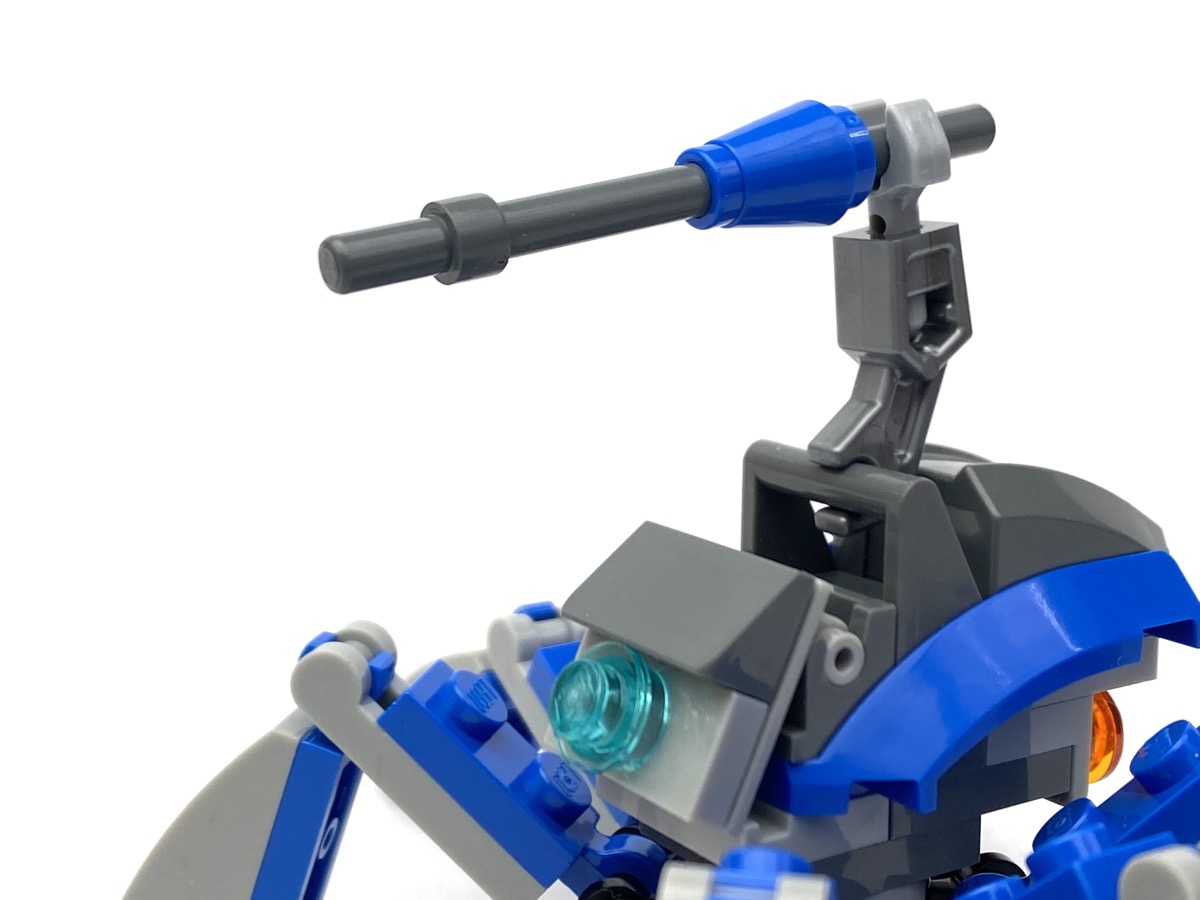 If there’s anything that can be improved, I would say the canon on the top could have been beefed up a bit. It feels a bit waifish and more like a scorpion stinger rather than the mobile heavy cannon that the MHC in the name stands for. I think one of those spring loaded missile launchers would have been perfect here and would have added a ton of play value. That projectile launcher wasn’t released until a year after this polybag was released though. Two ships in the night I suppose.  I’m not a huge fan of the way it’s attached to the body either, but I suppose there weren’t a lot of options to mimic the articulation found in the source material.

This set rocks! Highly poseable, accurate to the source material, and sturdy enough to stand on its legs without the help of the trans round brick on the bottom. It’s a great mini representation of the awesome Umbaran MHC LEGO set.