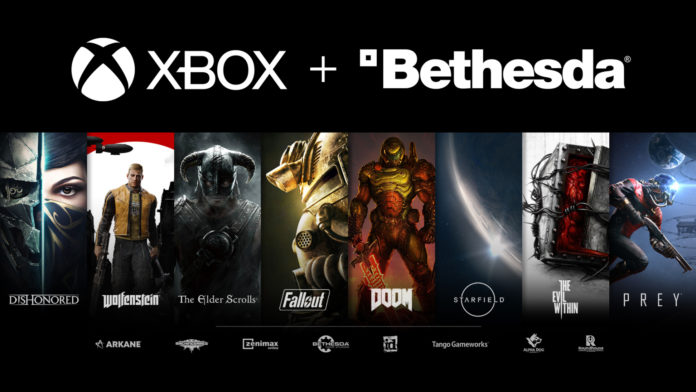 Here’s a simple fact: Sony cannot win in an arms race against Microsoft when it comes to purchasing studios and sweeping up talent in the west. Microsoft is simply a bigger company, with more value and a bigger warchest, and has the infrastructure and assets in place to purchase and support a lot of studios. Sony can fund exclusives, get access, and purchase studios that make their content… but they’re never going to be able to go and drop $7.5 billion to bring in the largest private video game publisher out there. It’s also not clear that most companies would want to take that offer from them if it was there.

Say what you want about Microsoft, and there are many things to say, but how they treat game studios has seemingly been overwhelmingly good… especially when compared to companies like EA and it’s consume and destroy approach, Activision with it’s gut and restock, or WB with it’s layoffs. Microsoft has ended a couple of big studios, like Lionhead and Ensemble Studios, but for the most part, let their studios continue to do their thing. I know a lot grumble about the fact that Rare hasn’t done much outside of Sea of Thieves, but it’s also hard to imagine other publishers letting a studio just keep trucking like Microsoft has with them (and Everwild looks pretty cool).

Let’s take a moment to look at the pretty impressive roster of studios that Microsoft has tucked under their belt (not putting in founded first party studios), and some of their franchises:

No, there aren’t any games in there that are going to stand toe-to-toe with something like Horizon Zero Dawn, God of War, or Uncharted… yet. With a few exceptions, most would be more mid-tier games that add spice but don’t move consoles. So let’s talk about what IPs Microsoft now owns with their purchase of Zenimax and it’s IP brings.

Interestingly, there are two PS5 timed-exclusives in there, in Deathloop and Ghostwire: Tokyo. That won’t change… history has shown that Microsoft keeps the contracts and allows studios and subsidiaries to operate pretty independently. According to multiple posts from Bethesda, they’re still going to act as “publisher” on existing titles and stuff that’s coming out soon, but who knows if that will change.

Right now, and in the immediate future… not much is likely to change. Bethesda titles that are on Xbox Game Pass (Fallout 76, Fallout NV*, Rage 2, Dishonored*, Dishonored 2, etc) are now likely to just stay there; the Dishonored titles say leaving soon but who knows. Other stuff is likely to show up in the near future as well… and eventually, I’d expect to see the whole back catalog on game pass where available.

Stuff that’s already on other platforms, or scheduled to go to other platforms… is going to remain there. Those timed exclusives on the PS5 will stay on the PS5, though the minute they can come out on the Xbox they’re gonna show up. The biggest change we’ll probably see is that both games, which were coming to PC, are likely to hit Xbox Game Pass on PC on day one as well. We saw this with Wasteland 3 and the Outer Wilds, and it will probably continue.

Microsoft already makes its games available on other platforms on PC… and orders will likely be there for some time. I’ll go so far as saying the big games that are coming soon, and by soon, I mean sometime in the next twenty years, like Starfield and Elder Scrolls 6, are likely going to be cross platform as well. After that, who knows… we know Avowed is an Xbox and PC title, and that will likely be the thing in the future as well.

Xbox Game Pass is already a fantastically good value with everything that’s on there right now. The PC version just doubled in price to $9.99, though the combined version is still $14.99, but that’s still amazing. This just makes it better for the same price. Sony’s new PS Plus Collection was already kind of meh, but the PlayStation Now and PS+ are asking the same or more, and delivering a whole lot less.

This is ultimately the question that’s going to be asked when looking at a console… do you want games included in the price or do you want to pay more for them? You can pay $60 or $70 for Deathloop, or you can just get a subscription and play it on PC or eventually on Xbox. The same will apply for Elder Scrolls and Starfield. Xbox doesn’t have the power of Sony on first-party exclusives, still, but they just made the amount of cross-platform exclusives shrink.

What’s Not Likely to Change

Unfortunately, one thing that’s not likely to change is Bethesda’s bad behavior on games like Fallout 76… Microsoft has it’s own microtransaction-laden games (Forza and Sea of Thieves come to mind); they don’t do loot boxes, typically, but they do stuff like that. It’s not across everything, so I don’t see it suddenly exploding everywhere (unlike, say, if Activision or EA got these titles).

Fallout 76, and its monetization schemes, were often seen as a way to start courting a buyout of the private company by a bigger corporate parent. A lot of the old guard in Bethesda is going to be taking a big payout on this buyout, and making some real bank (remains to be seen if the rank and file make anything, depends on what their equity stake was like there)… so we could be seeing some of those guard taking their leave in a few years.

What we are probably going to see is some things, like subscriptions, perks, and releases, folded directly into Game Pass. Elder Scrolls Online has an optional subscription / pass system that I could see become a perk; same with the Fallout One subscription. Bethesda has always released games with DLCs and expansions, and those aren’t included in game pass, but they are baking in a discount just for having game pass, so now DLC becomes a “if you want to play more” proposition.

Microsoft isn’t a taskmaster owner, as we’ve seen in other consoles, so they’re also not going to start turning these studios into a churn factory. In other words… we’re still gonna be waiting forever for Starfield and TES6. Historically, they’ve given studios pretty wide latitude to do their own thing and run their own show, so that’s going to be there.

The only silver lining in this, right now, is that Microsoft isn’t looking to deny players access to games and support. The Xbox strategy has been inclusivity all along, not exclusivity; there are exclusives on Xbox, but they’re also showing up on PC at the same time. The Xbox Series X goes up for preorder later today, with the promise and potential of day one games in game pass for the whole generation.

It’s possible, though not assured, that Elder Scrolls 6, Starfield, Fallout 5, Dishonored 3, the next Doom, and all the other franchises out there become Xbox exclusives to sell consoles. There are a few statements from sources at MS and Bethesda that say they will be published by Bethesda, but games will be evaluated on a case-by-case basis. If they do come out on other platforms, the question will be “do I pay $70” or just use the subscription on PC or Xbox Series X the same day.

This has been Microsoft’s strategy for some time, and this is both a flex and showing off the massive financial power Microsoft has compared to either Sony or Nintendo. It’s also likely that they’re not done yet, as well… there are plenty of other studios out there they could look to snap up (like, say, Gearbox). Microsoft has never managed to break into the APAC market and Japan, but now has a studio based in Japan (Tango Gameworks).

Microsoft isn’t going to dethrone Sony any time soon, and the PS5 will sell tens of millions in the next year or two. It’s also clear that Sony and Microsoft are playing for different things here, and that the more you try to compare offerings, Sony is starting to be in a harder and harder place. For my own take, this looks like it could be a reverse of what we got in the PS3 and Xbox 360 generation. Sony had some amazing games in that generation… first party exclusives like God of War 3, Uncharted 2 and 3, Last of Us, and Demon Souls… but none of those were enough to claim the crown.

The Wii buried everything back then, before it sort of vanished, and technically, the PS3 outsold the 360 in the end by a couple of million units… bolstered by being for sale well after the Xbox 360 left the market. Software wise, it was also kind of a wash, though most of that generation on the Sony side remains locked on the old console, while a lot of the 360 is available to play on the Xbox One and upcoming Series S and X.

Part of this is our bias and perception as well, that really clouds the success and failure; the Xbox underperforms in APAC regions, while the Xbox overperforms in North America and Europe. However, as I covered in the next gen FOMO article I did last month… console sales are somewhat deceptive. The real value for Sony and Nintendo have been Software sales, while Microsoft has relied on 3rd party publishers to really deliver value on a system. Game Pass, and the studio purchases, are changing that… and now, they’re going to get a cut of software sales on other consoles as well.

It could also be argued that Microsoft lost this generation by focusing on publishers instead of gamers and customers – the Xbox One was a publishers dream and a consumer’s nightmare when it was first announced. The “death of the console” has been declared for years and years, as technology advances faster than developers and studios can push them, and the gains in graphics become less and less. Microsoft, without ever saying it, is giving a compelling case for the post-console future, where the service is what matters more than selling the box that delivers the service. We’re not going to see Game Pass suddenly show up on Switch or PS5 any time soon, but this move puts Sony, in particular, in a spot to justify how it’s still doing business.

Make no mistake, this is a shakeup that’s going to alter gaming going forward, and I’m kind of curious to see where it goes.