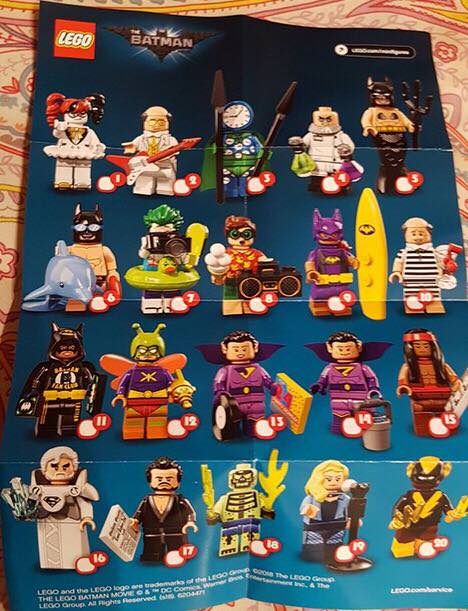 Revealed, found, discovered, not sure what the context is on the above image. A user who wishes to remain anonymous sent me a link to this Transformers board thread where the image was found. And in this day and age, it surprises me that people are still producing potato-quality images from cell phones.

But back to the topic at hand, some of these minifigis just seem downright bizarre. Bat-merman? Surfer Batgirl? When did that happen in the movie? The hooded Batgirl #11 (I think it’s a Batgirl) is the clear winner in my opinion, and you’ll obviously need Disco Harley and Disco Alfred to complete the ensemble from 70922 The Joker Manor set.

I think this set is supposed to be out in January, but could start popping up in stores in time for the holidays.