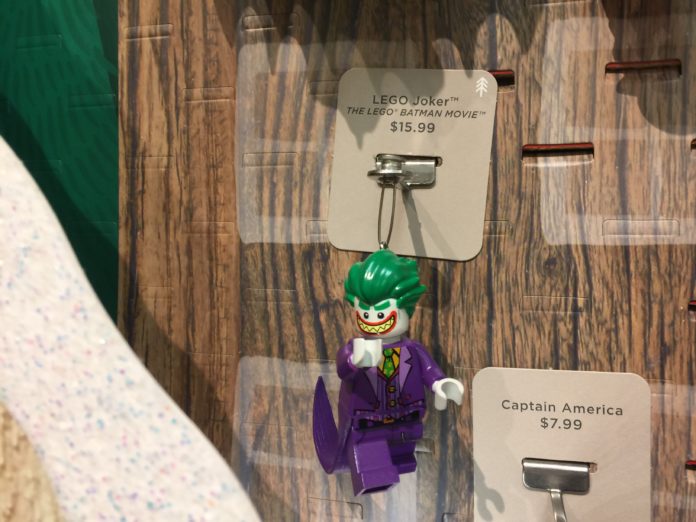 I went to the Hallmark store a couple of weeks ago while waiting for my appointment at the Apple Store to come up. Looked around for any LEGO Star Wars ornaments but didn’t seem like there were any. Instead, they had not only one LEGO ornament, but two: The Joker from The LEGO Batman Movie, pictured above, and Lloyd The Green Ninja from The LEGO NINJAGO Movie: 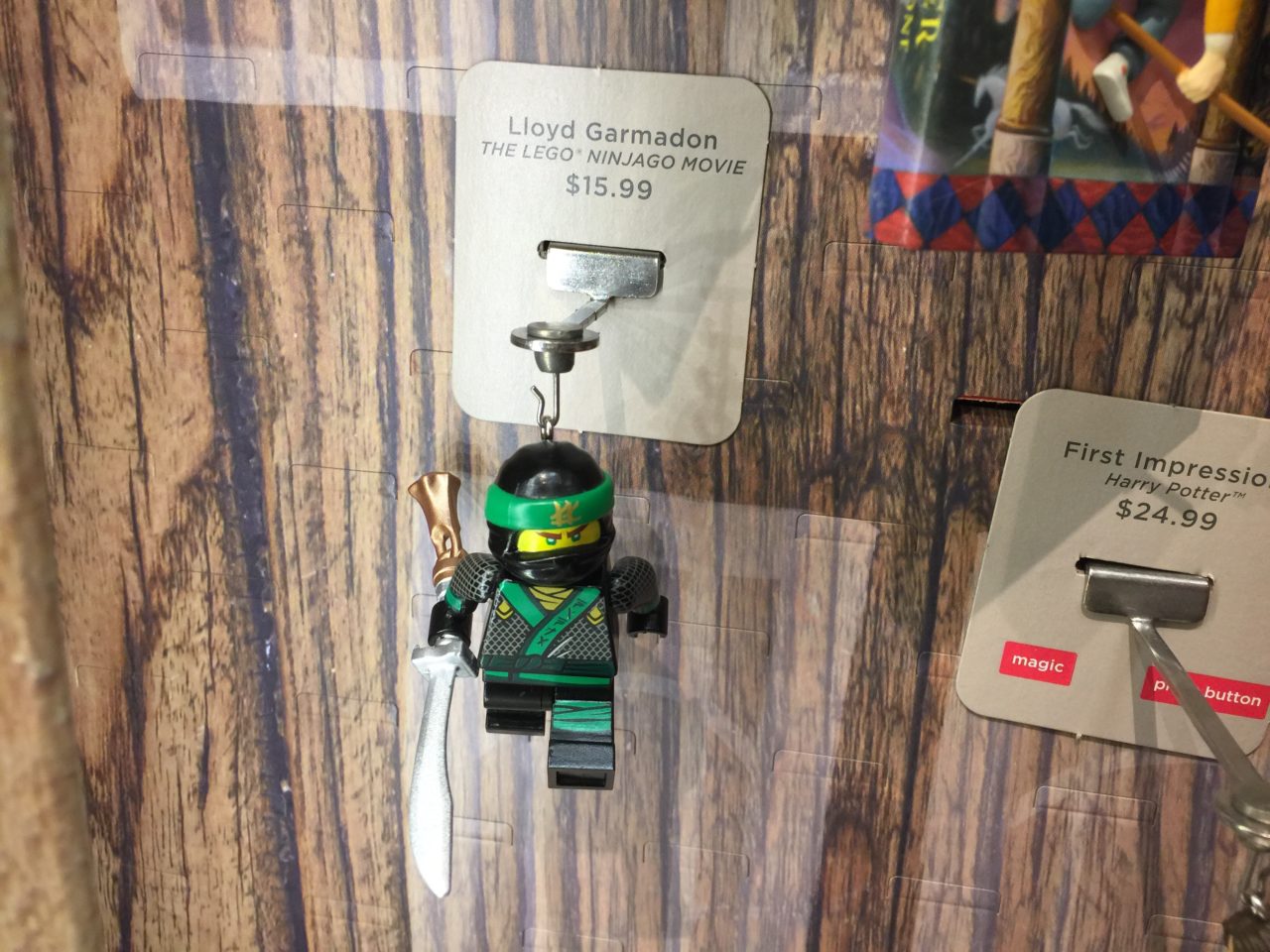 Both are priced at $15.99. They’re larger than minifig size, are not poseable, and don’t do anything fancy like play any lines from the movie or anything. They really only have size going for them. You can accomplish basically the same thing with a LEGO minifigure keychain, a pair of pliers, some effort, and an ornament hook, for, like, way less money. Heck, you don’t even need put any work, just hang the keychains off a branch from the keyring.

While I was there I was hoping to pick up this year’s Star Wars ornament. There was a whole slew of options to choose from: X-wing, the Millennium Falcon, TIE Fighter, Darth Vader’s TIE Advanced, and the Death Star. My initial reaction was full of excitement as these particular models have all been out of print for years. I have the original X-wing and TIE Fighter but never picked up the Falcon. But I noticed something strange about their plugs. 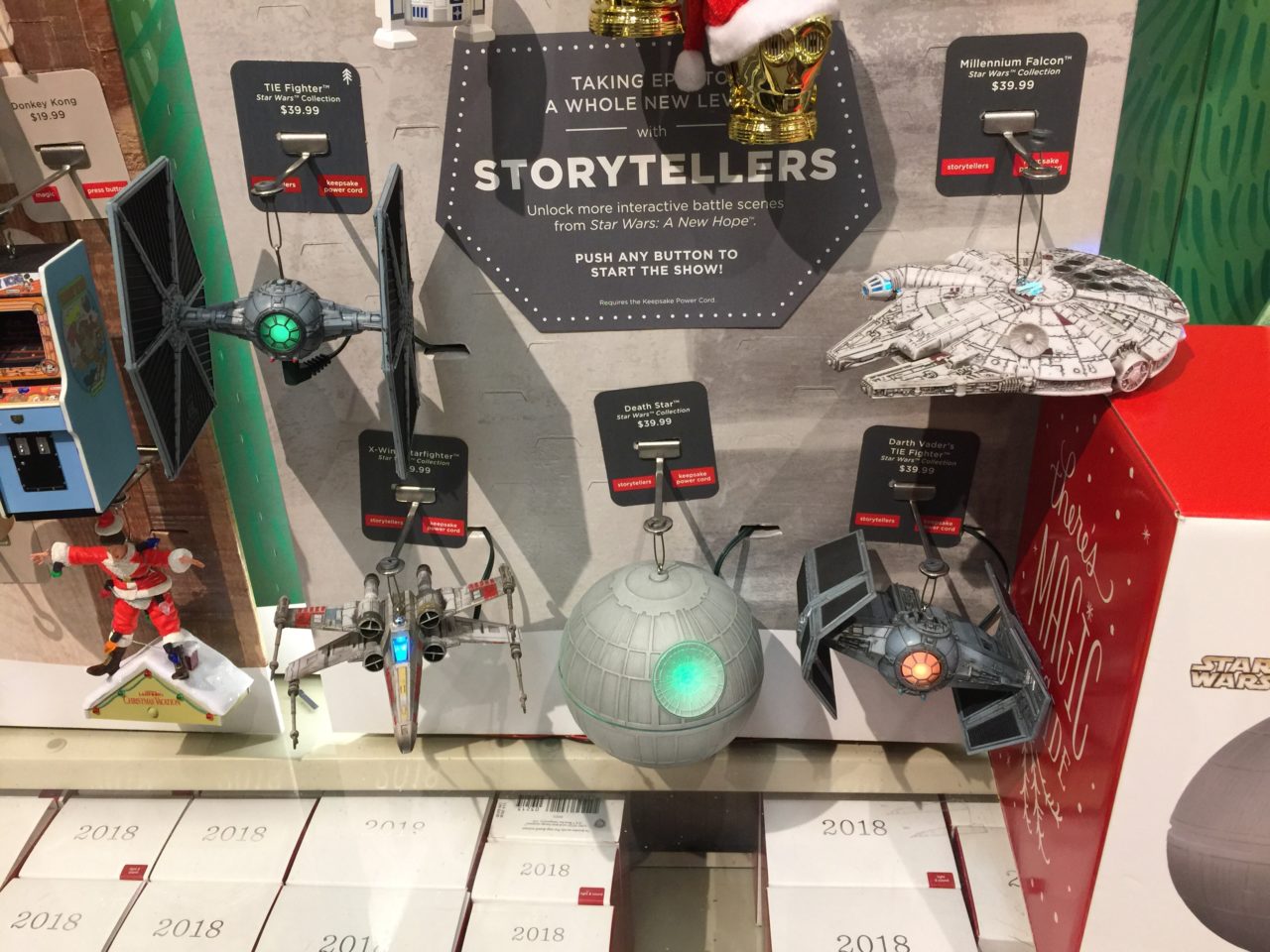 You used to be able to plug them into a light socket from a Christmas tree light string. Just remove the bulb and plug away. That’s how the old X-wing worked. It lit up the four engines in the back. This X-wing didn’t have that same kind of plug. They now use the Keepsake Power Cord which is a separate power line that needs to be plugged in to an outlet. A single Power Cord can power up to 7 “Storyteller” ornaments, their new interactive ornament gimmick. 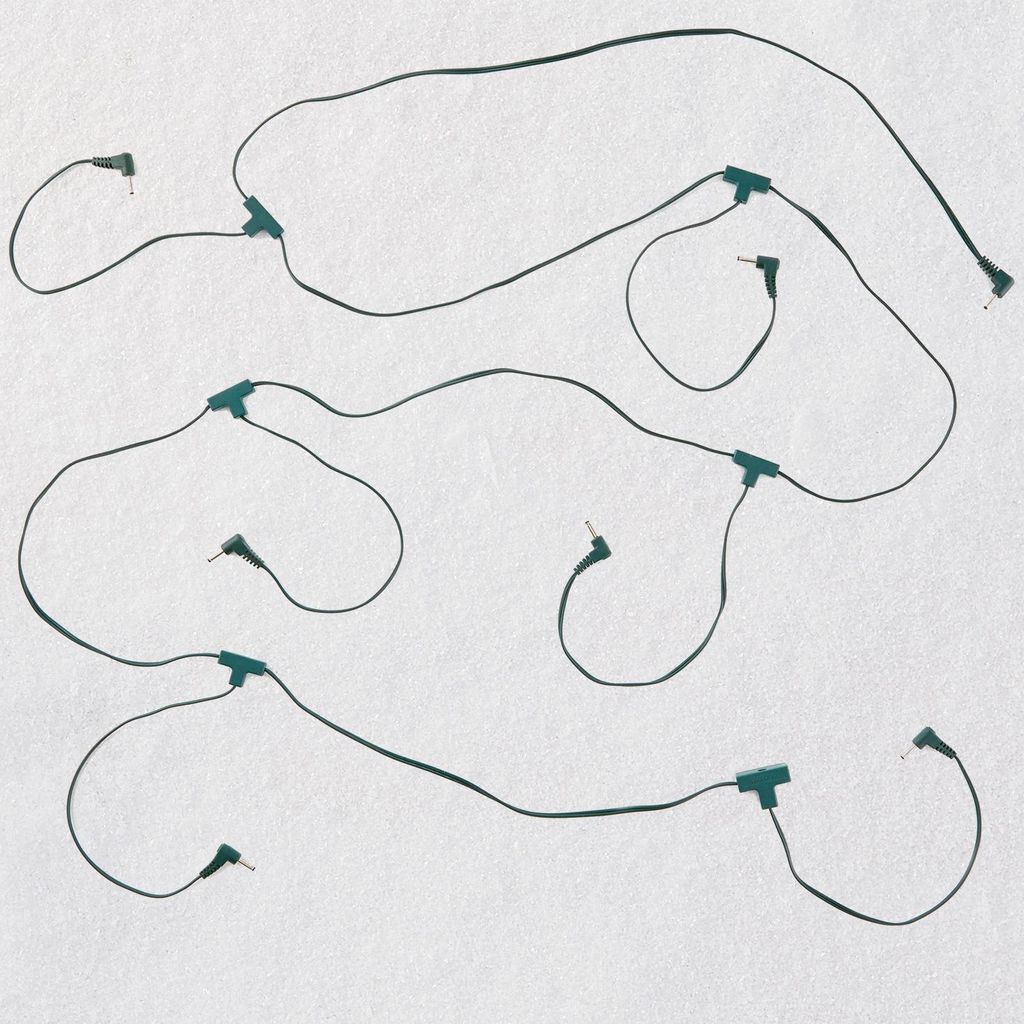 If you have more than one of these ornaments together, they interact and play sounds and dialog from the movie. I get the idea of what they were supposed to do, according to what the sales associate tried to describe, but in practice, we couldn’t get the store display to work.

In recent years, the Star Wars and Star Trek (and probably other Magic Light and Sound ornaments) were powered by small batteries. You press a small button and you can either get some sound effects or light up certain parts of the ship for a couple of seconds. The danger in the battery approach is that once Christmas is over, you pack them up and store them away until the next year. If the batteries deteriorated and leaked while in storage you can kiss your ornament goodbye. The Power Cord removes that potential danger and is actually better in the long run.

The new Power Cord delivers way more power than those batteries could, and is necessary for the new gimmick. Like I said earlier though, we couldn’t get the store display to work. Each Storyteller ornament runs $39.99. To get all five of this year’s line will run you $200 big ones. Needless to say, I opted to pass for now. Investing $200 into a set of ornaments with a feature that may or may not work was not very appealing. I suppose you could still get them and not ever do the interactive part because they are still beautiful ornaments to look at. The Power Cord will allow the ornaments to stay continuously lit, something the old battery powered ornaments could never do. The only other Star Wars ornament was the Solo Falcon. It was not part of the Storytellers line and was priced at $32.99. It’s a safe assumption then that the extra seven bucks is going towards Storyteller functionality.

I usually get a Star Wars and/or a Star Trek ornament every year to add to the tree. Even Star Trek didn’t have anything this year that really spoke to me. But I did not leave empty handed as I believe this is hands downÂ the ornament to get this year: 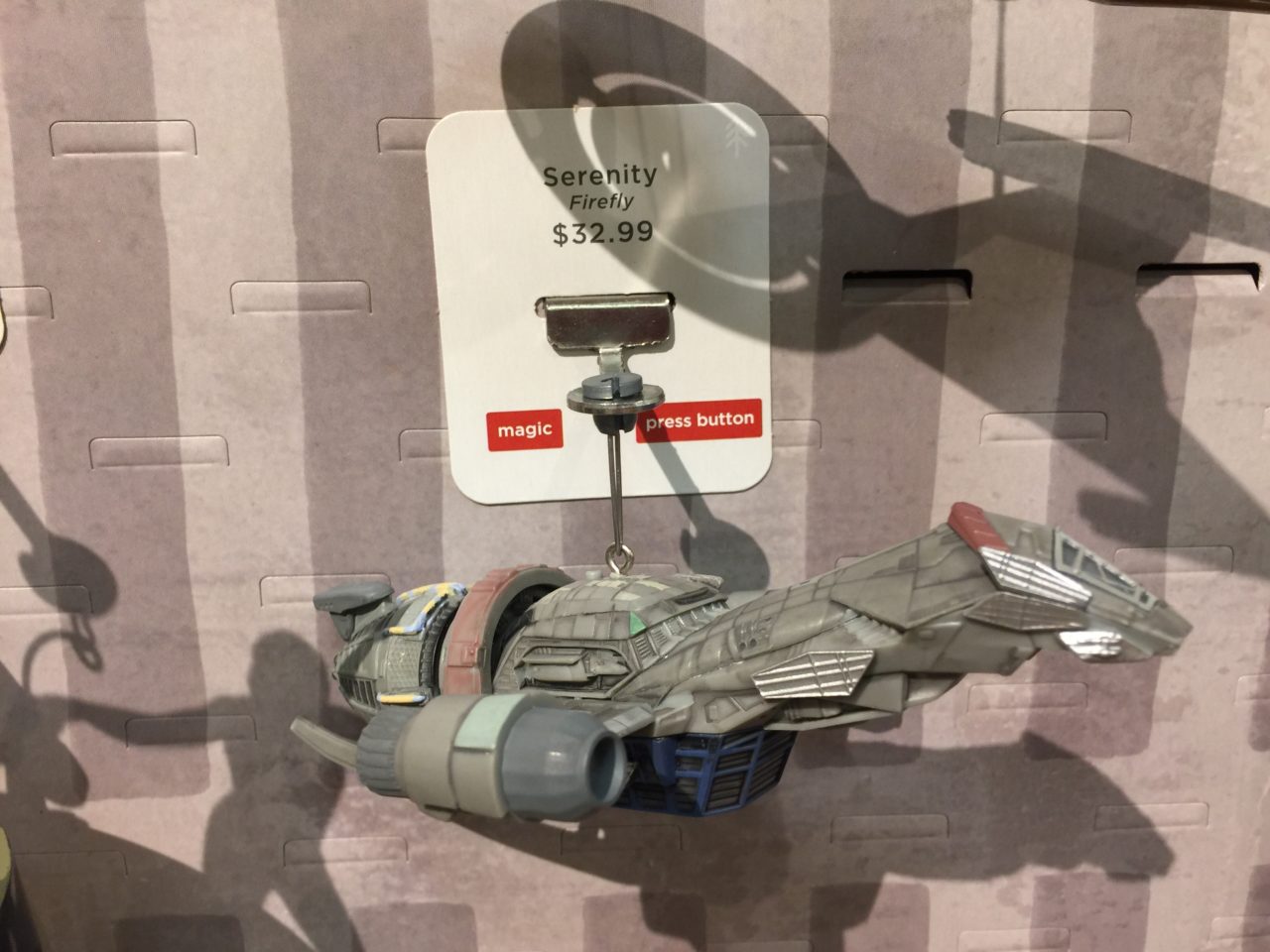 You can’t take adding a Sci-Fi ship to my Christmas tree tradition from me.