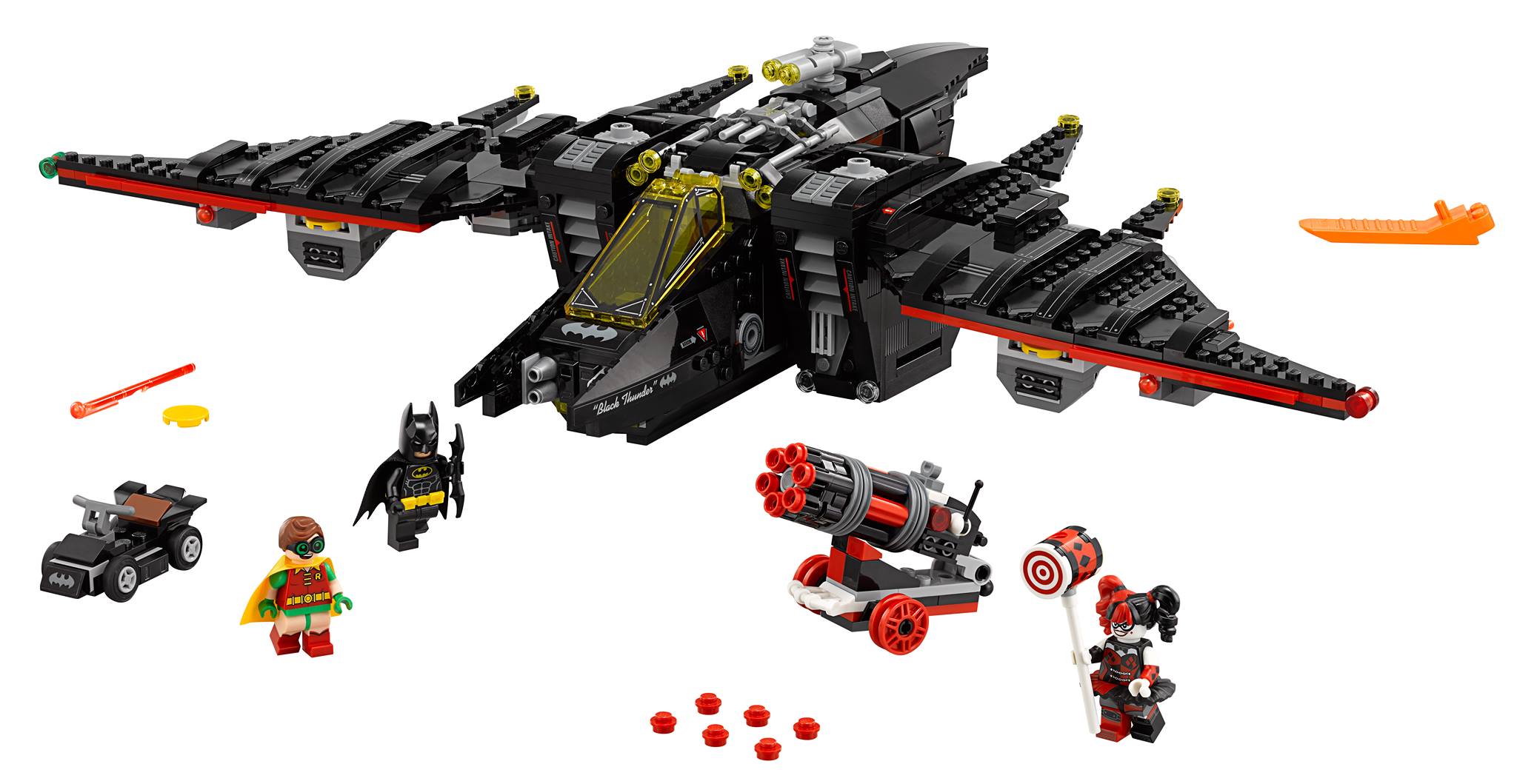 LEGO was kind enough to send over a slew of new images for some new sets based The LEGO Batman Movie. These sets round up the a few more members of the rogues gallery bringing Two-Face, Bane, and Scarecrow into the mix. These will all be available starting on June 1, 2017. Pictures, descriptions, and prices follow the jump. 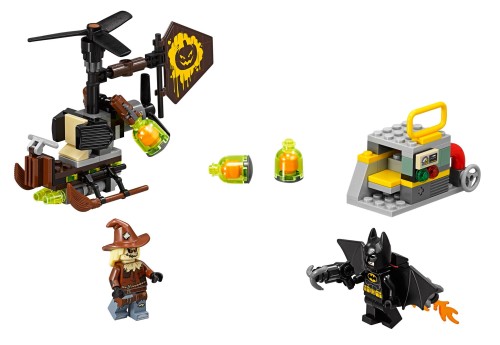 Team up with Batman™ to stop Scarecrow spreading fear in this action-packed THE LEGOÂ® BATMAN MOVIE: Scarecrow™ Fearful Face-off set. The Gyro-Copter features two spinning rotors, an adjustable rudder and two bomb-drop functions to drop the included fear gas bomb elements. Attach Batmanâ€™s jetpack with Batwings and adjustable boosters, and arm him with the grappling gun to role-play an aerial battle. The set also features a power plant mini build with an explode function for added jeopardy, plus two minifigures. 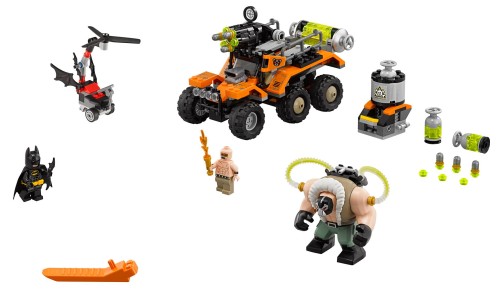 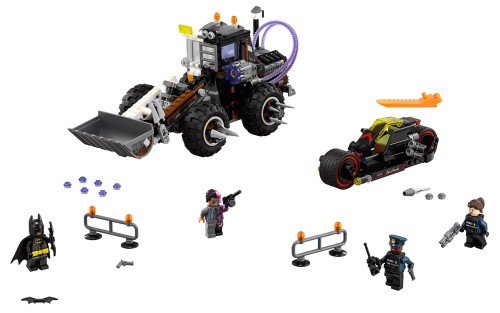 Stop the mighty Two-Face™ Excavator with Batmanâ€™s Batcycle in this thrilling THE LEGOÂ® BATMAN MOVIE: Two-Face Double Demolition set. The Two-Face excavator has a minifigure cabin, operational excavator arm and bucket, articulated design for smooth steering. It might look like a normal digger from one side, but check out the â€˜bad sideâ€™ featuring spikes on the huge wheels and a six-stud rapid shooter. The Batcycle features an opening minifigure cockpit, rotating double stud shooter and rotating flick missile shooter. The set includes four minifigures who are equipped with assorted weapons and accessories to inspire endless action-packed role-play scenarios. 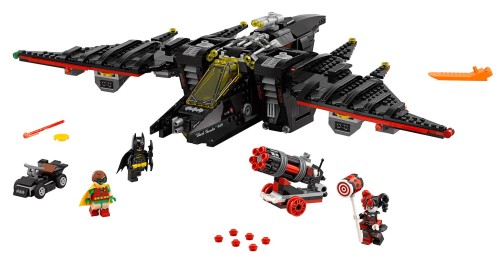 Fly high above Gotham City in the Batwing and battle against Harley Quinn™ with Batman™ and Robin™ in this cool THE LEGOÂ® BATMAN MOVIE: The Batwing set. The Batwing features an opening dual minifigure cockpit for Batman and Robin, rotating boosters, adjustable wings for flight and landing modes, two spring-loaded shooters, two disc shooters and an opening rear compartment with a car inside. Harley Quinn has a mobile cannon with a six-stud rapid shooter. Includes three minifigures with weapons and accessory elements including Batmanâ€™s Batarang and Harleyâ€™s hammer.