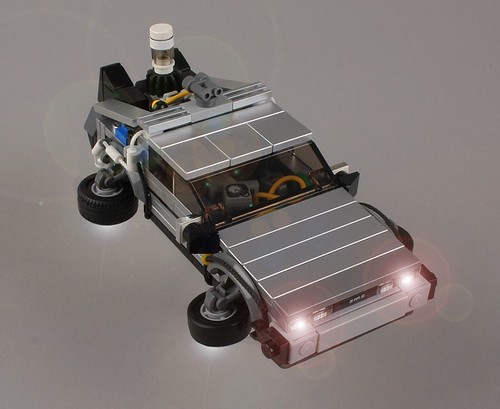 I saw this pop up in the Flickr LEGO Group, and knew it was something that we certainly had to feature.Â Misterzumbi has his own take on the DeLorean from back to the future that does more than a few things right. First and most obvious, it’s silver. Second, it showcases the changes throughout the movies, which is very nice. Third, it’s just nice looking! Look at how nice that inside looks! This shot really shows off the design of it, getting the 50s madcap on the front and whitewalls added by Doc Brown, and the good-ole Mr. Fusion in the back for running the time circuits. You can check out some more pictures on Misterzumbi’s photostream on Flickr.