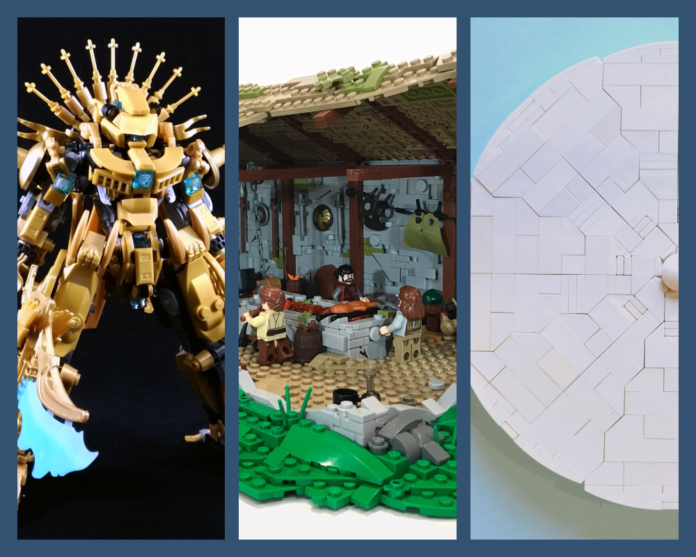 Happy Sunday, everyone! This is a new segment Iâ€™ll be presenting weekly. I’ll spotlight a few of the rather more impressive or interesting MOCs Iâ€™ve found over this past week. I contacted the creators of these MOCs to answer some questions I had. I want to delve a bit deeper into what makes building with Lego so intriguing. 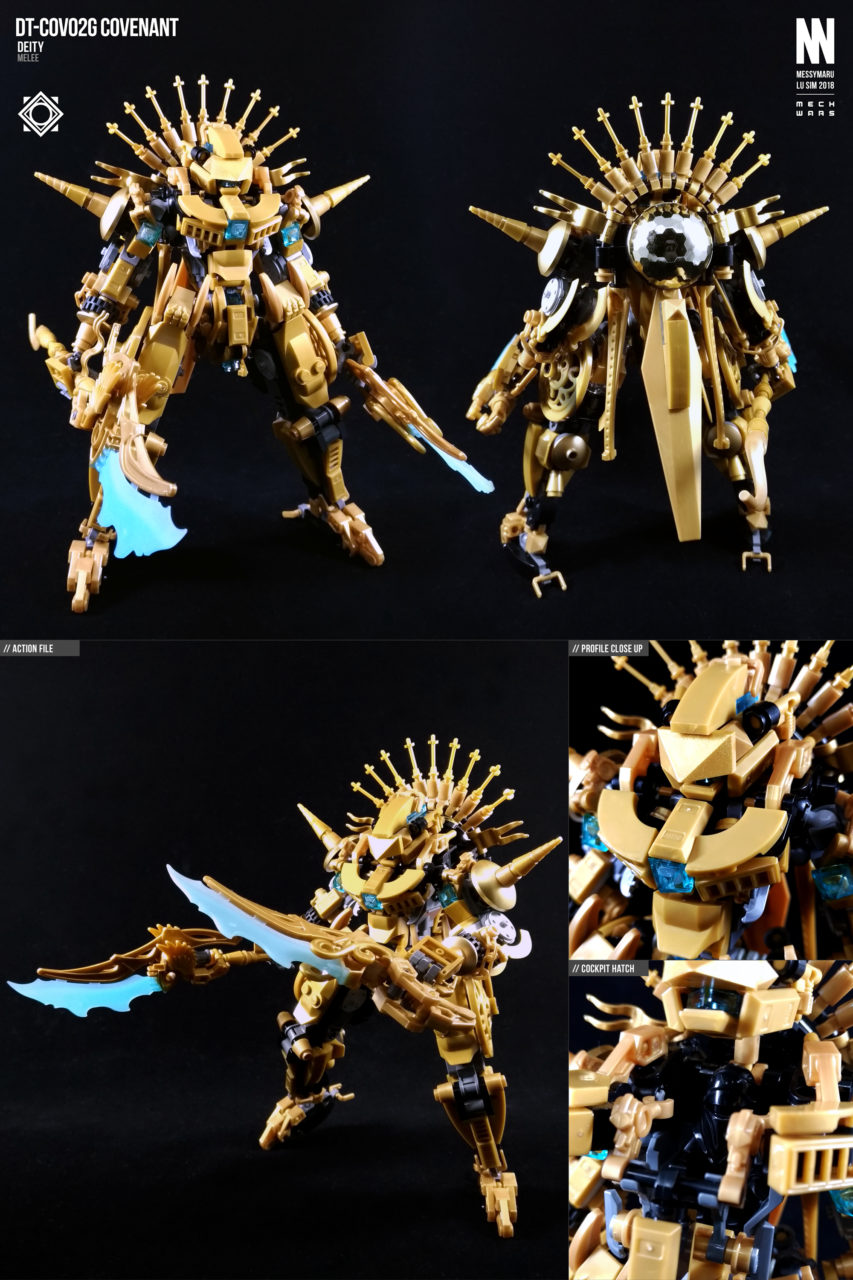 Few things speak to me more than a tightly-built model like this one, especially one in a sexy pearl gold. That might just be because I still remember how cool Bionicle was. The poseability of the model is just a bonus layer. Of course, builder Lu Sim is no stranger to building impressive mechs that could have appeared in an anime, but when looking at Luâ€™s previous mechs, thereâ€™s a clear improvement with each one.

What struck me first was the intriguing piece usage and how each one added to the overall piece, rather than each one sticking out obtrusively. Lu says the most interesting piece â€œwould be the minifig gauntlet accessory in pearl gold found just by the top of the thighs, squeezed between the two â€˜fangâ€™ pieces. It was probably the weirdest piece I had in pearl gold that was oddly symmetrical and added another layer of detail for the thighsâ€.

Of course, if any of us have ever built a MOC, itâ€™s never right the first try. Or really the second time. I canâ€™t imagine the hours that Lu put into this model. He scrapped an entire part of the mech, actually. Lu says he had an different head design at first: â€œI spent a couple of hours putting in some Ninjago dragon swords on it on an angle but ended up hitting the back holy rays and I had to remove them. Thankfully I can always reuse that idea for another build with pearl gold elementsâ€.

You can find specific details about the build, as well as that Ninjago sword design he mentioned, on his blog post. 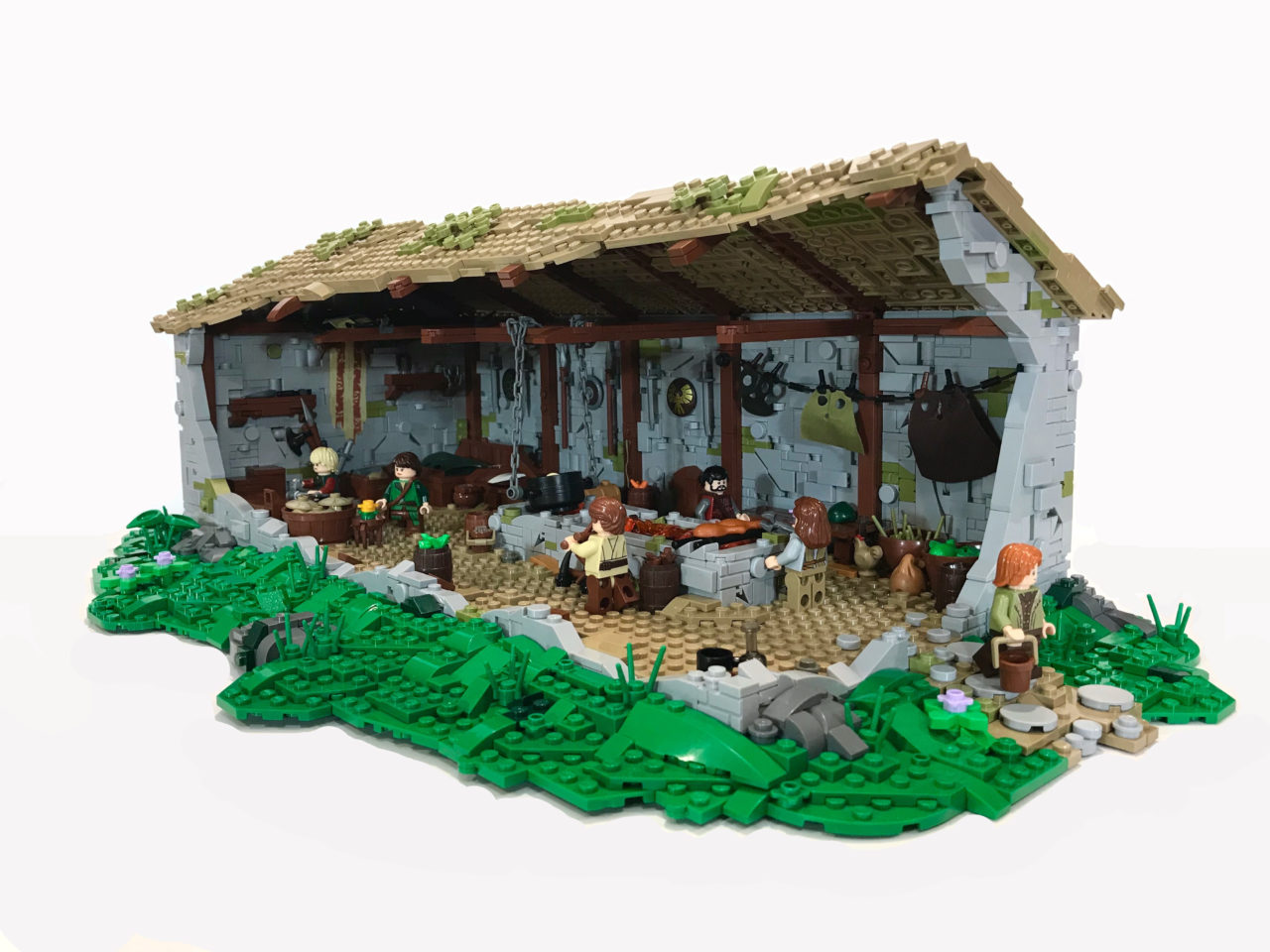 As part of the Summer Joust contest on Flickr, user Carter Witz has created this fantastic, mostly accurate rendition of a Viking longhouse. Vikings would often gather â€œaround the hearth, talking, weaving, making baskets or listening to storiesâ€. These popped up around Norse regions such as Iceland, and were prevalent in around the 12th century.

Carter based his build off of an image in a book at his house, but it wasnâ€™t a perfect replica. Carter says that while â€œI tried to stay as close to the image as possible, the main difference from the picture and the build is that the walls of mine are made with stone, while you can’t really tell what they are made of in the picture. I also added a small weapon rack and a and some shelves on the far wall which weren’t in the pictureâ€.

Yet the lack of total faithfulness to the source material doesnâ€™t detract from this MOC one bit. These types of builds always catch my eye, especially one that isnâ€™t based off the European medieval era.

The build is also full of bizarre and clever part usage, such as the 2×2 cylinder hemisphere as a type of barrel, or minifig hands as a type of clothes hanger. But Carter says the strangest piece he managed to fit into the build was this minifig crown thatâ€™s only appeared in two sets. He uses it as a stool in the left of the image, with a flower atop it. He attributes the idea, however, to Travis Brickleâ€™s Secret Door MOC, used for a Summer Joust contest two years ago. This is why I love MOCs and Legos. If you see an idea you like in someone elseâ€™s MOC, thereâ€™s nothing stopping you from incorporating it into your own. 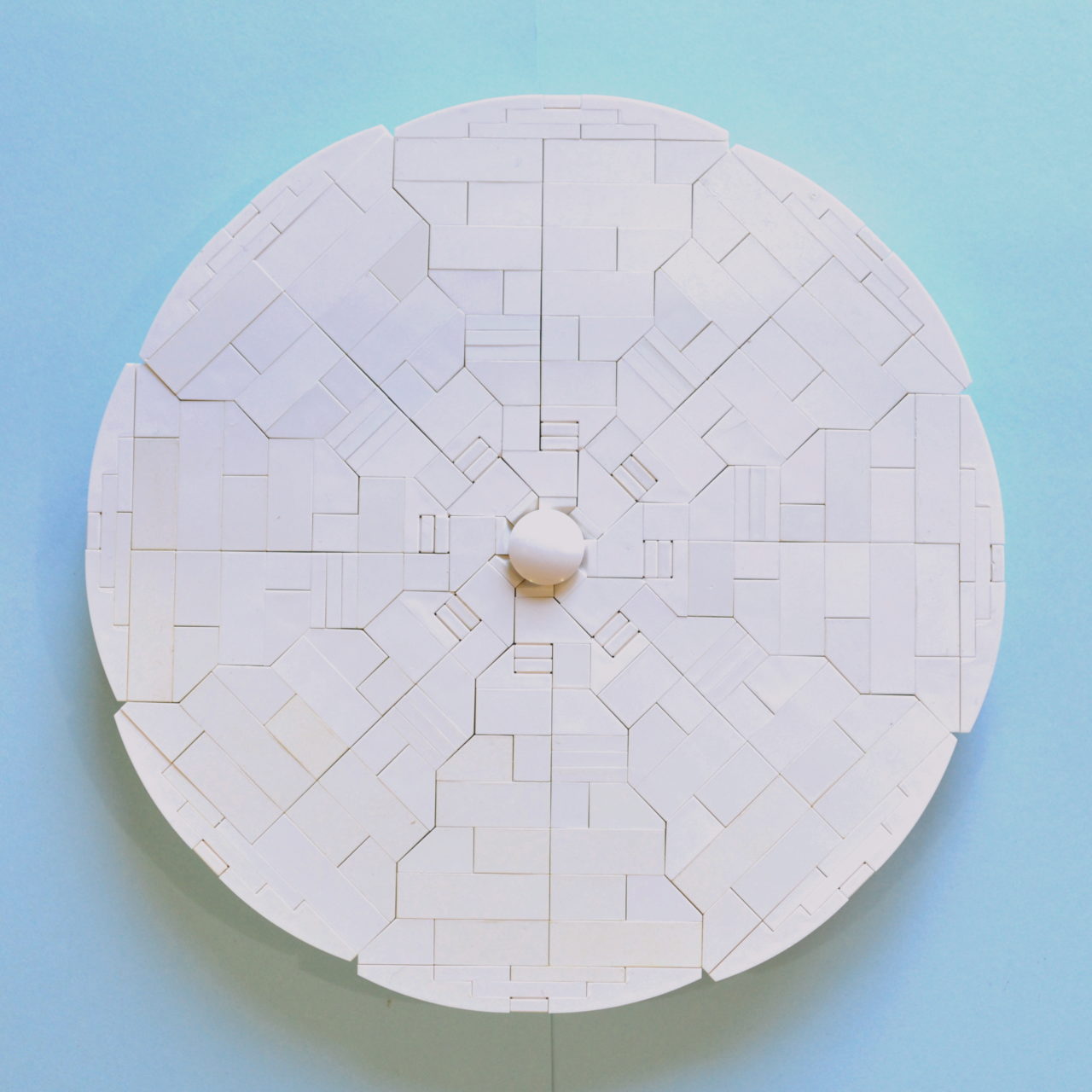 This final MOC is a different kind entirely, focusing more on technique than an complete build. User Jason Pyettâ€™s magic circle is full of those clever building techniques that really catch my eye. The impressive thing about this MOC isnâ€™t what it is so much as what it could be. I compare the potential to the massive use of the Lowell Sphere in MOCs. Already, Jasonâ€™s made a clock out of the circle, and heâ€™s using those same techniques to build curved roads. Jason says that the circle â€œcould be used as a large display base, or any sort of design that a large disk is needed, like the base of a computer monitor build. The practical uses are really endless with a bit of imaginationâ€. I canâ€™t wait to see where this goes.

Jason has a youtube video where he shows the rather complicated backside of the circle. If youâ€™d like to build your own, start there.

So thatâ€™s it for this week! Massive thanks to Flickr users Lu Sim, Carter Witz, and Jason Pyett for helping answer some of my questions about their creations. If you have any MOCs youâ€™d like to see on the spotlight, submit them to the FBTB: Flickr Outpost, and you may see it pop up here one Sunday!

Have a great week!

This UCS TIE Interceptor MOC Is The Bees’ Knees