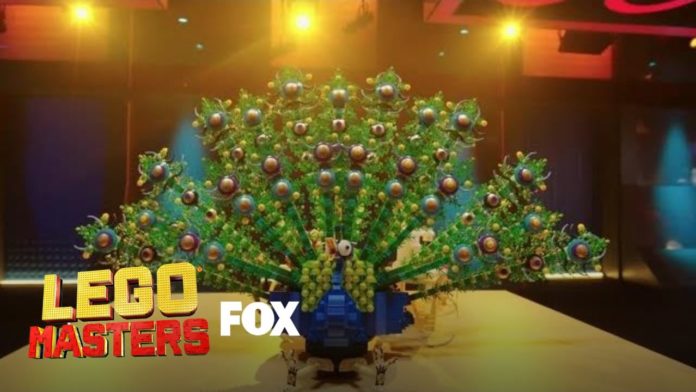 Competition shows are inherently flawed for a number of reasons. For one, it’s a TV show and as much as the networks want you to believe it’s “reality” TV, you can bet there is a fair amount of direction and editing going on to tell a certain narrative. Second, it’s a judged competition and that in and of itself is inherently biased, flawed, and adds to if not dictates entirely the story they want to sell you. LEGO Masters isn’t any different and the only thing I learned watching the entire season is that nothing else matters except the narrative.

First off, let’s get the contestants out of the way. I didn’t care who won the finale as I didn’t have a horse in this race or among the entire field. I’ve never heard of a single one of them before the show and I doubt I’ll hear about any of them after either. So as far as I’m concerned, they all started at the same baseline skill level. (I’ve heard stories about the casting process which could fill a whole other post but I won’t get into that here) As the shows went on and teams were eliminated or surprise-saved from being eliminated, I had a general idea of who would end up winning the competition, but we’ll get back to that. I tend not to remember their names and prefer to give them nicknames and work backwards to their names, a tip I learned from the greatest regional manager of Scranton, PA, Michael Scott. These were the three teams that survived the previous round: Mark and Boone, ‘The Brothers Beard’, builders from Portland who both had beards; Sam and Jessica, can’t really call them what I want to so ‘The Artists’ it is, they were paired up for the show; and finally Tyler and Amy, ‘The Married Ones’, because they’re married.

The final build didn’t have a theme, so it was best MOC wins and they each had an hour to plan and 24 hours to execute. The three builds were “Artopia” by The Brothers Beard, The Peacock and the Monkey by The Artists, and Treasure of the Griffin by The Married Ones.

The Brothers Beard made “Artopia”, basically a skyscraper that had a bunch of LEGO minifigs who turn something dingy into an artists’ utopia. Each floor had a vignette of some theme. There was also a “play” function where you inserted a LEGO built paint brush into a “bucket” and it would rotate some panels that were near the base of the building. The Brothers Beard were definitely in their wheelhouse building this, but there wasn’t anything “amazing” about it. Personally, it was the biggest “meh” for me of the three builds. Would it be fun to play with all the minifigures and display them in amusing ways? Yes, but that’s about it. Out of the three final MOC’s, the skyscraper was the largest but in the wise words of Yoda, “Size matters not.” It was just a fun gigantic playset. It lacked any ingenuity or creative use of LEGO. Without a doubt, I would have slotted them in the third spot. In reality they ended up finishing second.

The Peacock & The Monkey by The Artists easily had the biggest wow factor for me. They built a peacock with a huge plume of feathers and there was a cheeky monkey hiding behind it plucking feathers to make something of the feather. The creativity to build a fairly large peacock and make it stand out was very impressive to me. It was an extremely creative build and visually beautiful. The story part of it might have been the weakest part of the build, but it’s a very minor quibble. After all LEGO Masters is supposed to be a creative building competition and not a creative writing competition. The monkey was pretty cute and I loved the little detail that the table legs were made of bananas. Little touches like that really stood out, and goes to show how that The Artists gave equal attention to all details large and small. It didn’t have any moving parts and maybe some were bummed about it. It was an artistically beautiful build that required some creative building techniques and parts usage. It was the only build that transcended from a pile of LEGO elements into an artistic sculpture. Personally, it was my favorite build and I think they should have won, but they ended up finishing third.

Lastly The Married Ones built a griffin perched atop a medieval tower that had a giant lizard climbing on the side trying to eat the baby griffins. The griffin had motorized wings that would allow it to flap. The griffin was well done, but it looked really small on top of the tower. The lizard that was climbing the tower dwarfed the griffin. I forgot there were even baby griffins until the final viewing of the build. It looked busy, but you got the story. It was basically Bart Jr. or Chirpy Boy (take your pick as there was only one lizard) trying to eat some hatchlings. This build felt like it had a fun factor and was artistically creative too. The entire build was pretty impressive in some ways but not in others, and it still wasn’t enough to beat the wow factor that the Peacock and Monkey had. My biggest problem with it is that it resembled their storyland build from earlier in the season with the medieval setting. This would have finished second for me, but The Married Ones took the whole kit and caboodle claiming the trophy and $100k grand prize.

Before the finale began, I thought The Brothers Beard were gonna take first place, followed by The Married Ones and then The Artists. I can imagine most felt the same based on talent and builds seen throughout the season. But did The Married Ones deserve the win? Was the fix in with their overall “story”? The Married Ones had announced they were expecting their first baby an episode or two before the finale. It was an “aw, good for them” moment. But did this bit of information add to their appeal for them to win the whole event? I mean wasn’t that just a perfect made-for-TV moment? “The expecting couple just won $100k! What a great way to start a family! Isn’t that just precious??” Some are upset that they shouldn’t have even been there like Dante at the Quick Stop. And for those curious as to why they shouldn’t have been in the finale, the previous Star Wars episode had a fake-out at the end: The Brothers Beard won the final build and no one was be eliminated. But if they were to eliminate a team, the judges said The Married Ones would have gotten the boot as they finished behind the artists. Was that manufactured or had it always been the plan to allow three teams to go to the finale. The UK and Australian version of Lego Masters had three teams in the finale too. Not sure if they did a similar fake-out, but it isn’t unprecedented to have three in the finale.

The Brothers Beard’s MOC had the “fun” factor but like I was saying earlier, other than size there really wasn’t anything really impressive about it. Give any 9-year-old kid an unlimited parts library and they could probably build the same thing. The Artists had the “wow” factor and built something that looked like it came from LEGO’s own in-house model shop. The Married Ones had a “funow” MOC, a combination of both “fun” and “wow” and maybe that’s why the judges went with them. It was both artistic and creative, but for me it looked like any other Castle-themed tower you would see at any LEGO AFOL convention. The only reason The Married Ones won was because it was a feel good story with a newborn on the way. The narrative was decided in the previous episode and despite another narrative taking shape from the beginning, the baby story won out. I mean, who doesn’t love an underdog team, The Artists, coming from the bottom two in the first show to walk away with the trophy beating two powerhouse teams? Fox, LEGO, and the judges sure don’t.