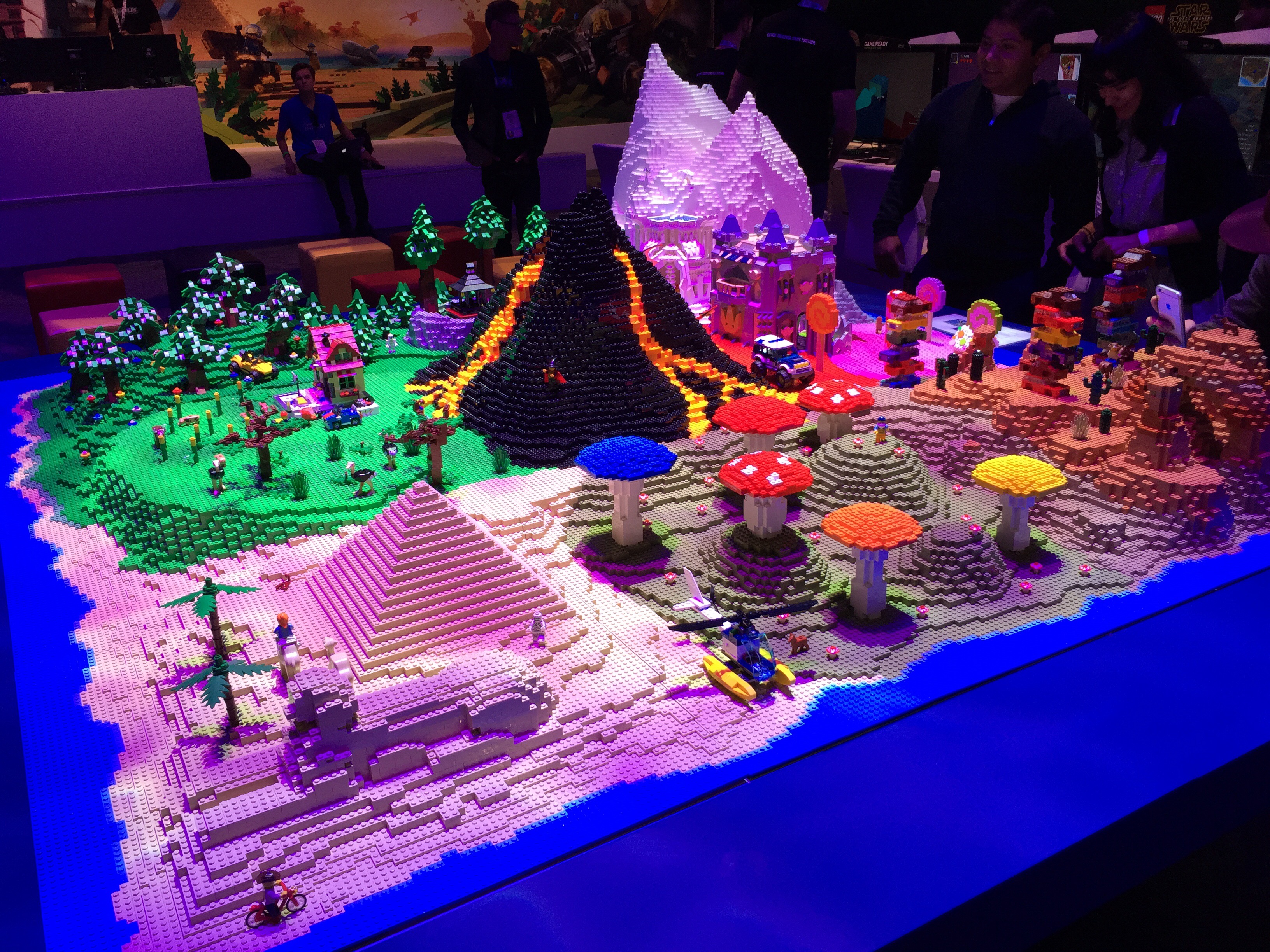 It wouldn’t be E3 without a large LEGO display. This model was built by LCP Nathan Sawaya to promote LEGO Worlds, an open world build anything game that apparently is not a Minecraft clone even though it looks and smells like one. The game is now available through Steam Early Access for $14.99. I was told that if you play now you can use the same save file for when the game gets officially released. It’s only available for Â Windows PC at the moment but they are working on making it available on other platforms. The full game will be released early next year.

More pictures of the model are below. 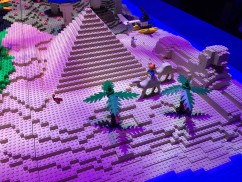 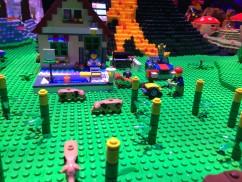 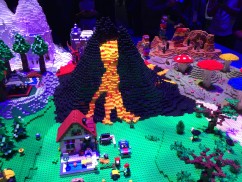 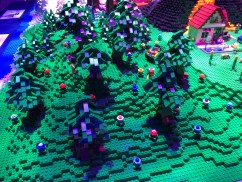 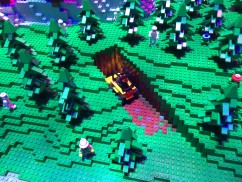 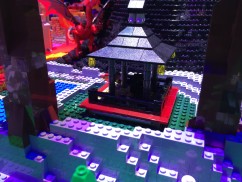 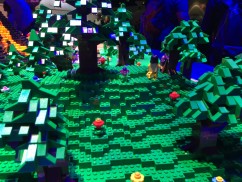 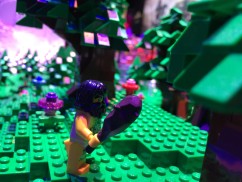 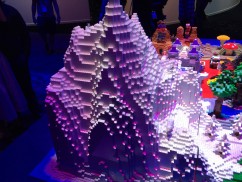 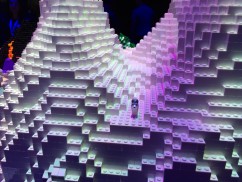 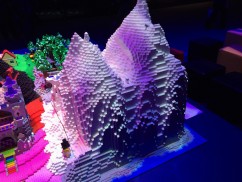 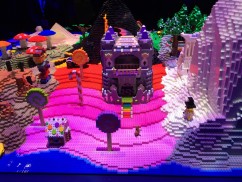 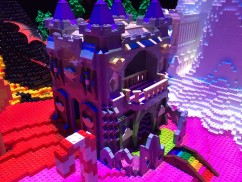 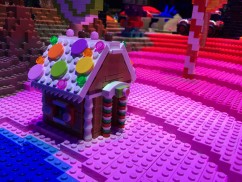 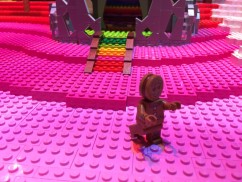 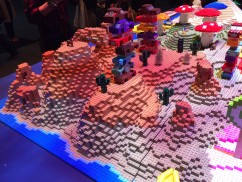 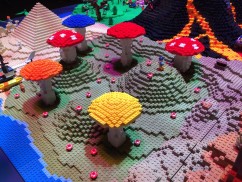