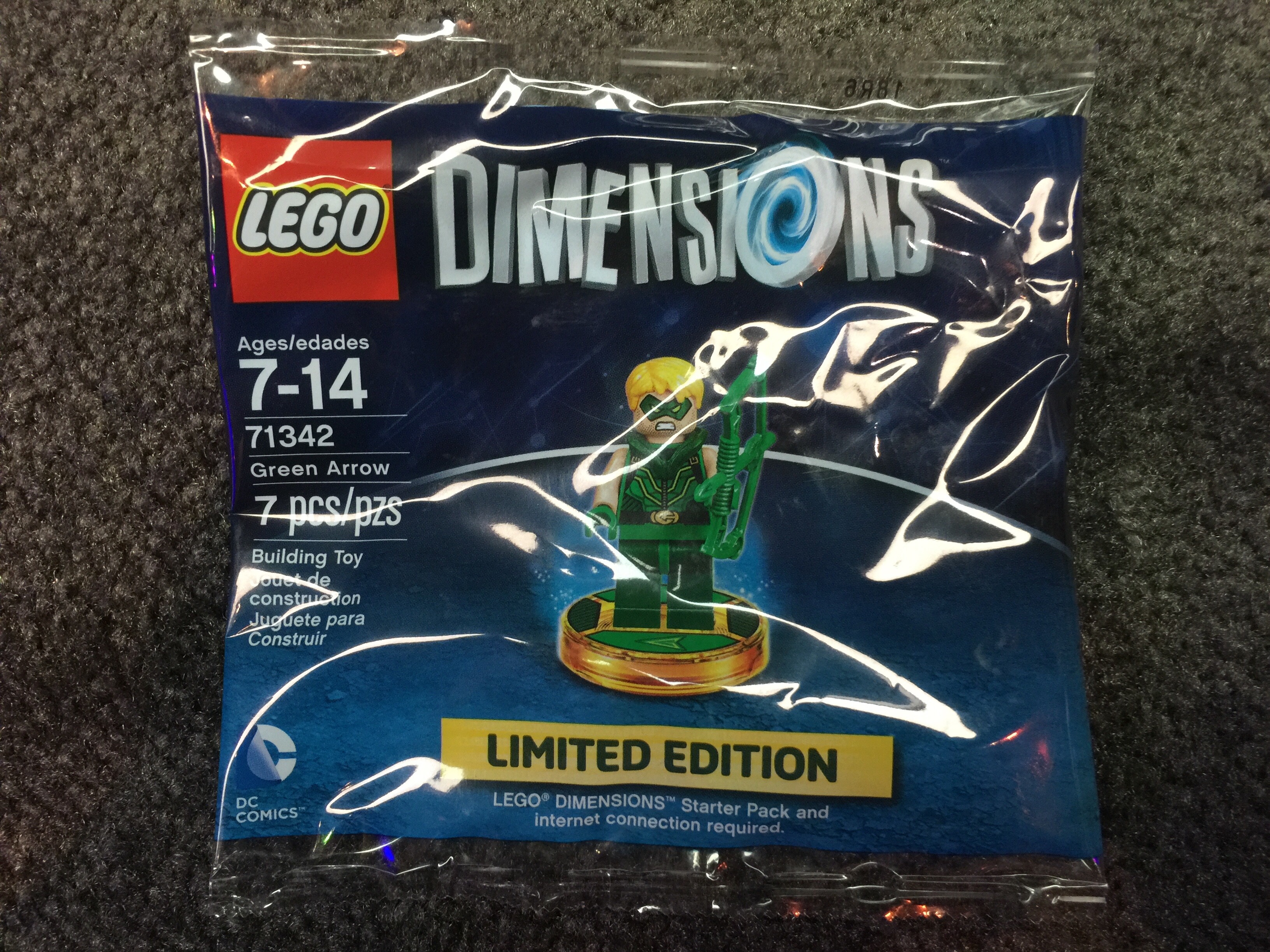 Update: Green Arrow is not an E3 exclusive. It is a “fan event exclusive”, meaning he will be given away at other events. You are encouraged to follow LEGO Dimensions on social media to find other ways to obtain him. You can find LEGO Dimensions on Twitter, Facebook, and Instagram.

Green Arrow is this year’s LEGO Dimensions E3 exclusive. He comes with a gold disc, which all promo/limited edition characters will come with. He loads up as a character in the game but will not come with any battle arena maps or other goodies like the other year 2 assortments will.

There were rumors that a Supergirl figure would also be given away here but so far she is a no show. She may be given away at this year’s San Diego Comic Con as there is usually a large video game presence there and it is the next major pop culture event on the calendar. Of course once we have confirmation we’ll post it here.