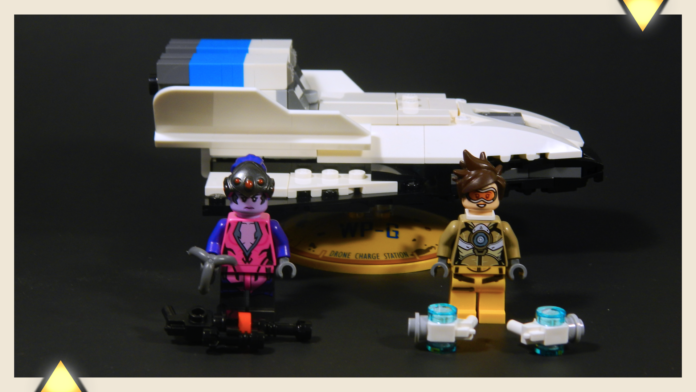 I love Overwatch. One of the best games I played in 2018. At the same time, I hated the sets when the were initially announced. Unfinished box art, clunky guns, lazy minifigures – my hopes werenâ€™t set high.

The biggest pull for these Overwatch sets are the minifigs. Overwatch, the game, is 100% about the characters. These sets, as with pretty much all licensed sets, are the same. Even the title of the set – it isnâ€™t Payload Battle or something stereotypically Lego like that. Itâ€™s Tracer vs. Widowmaker. The set is an afterthought. 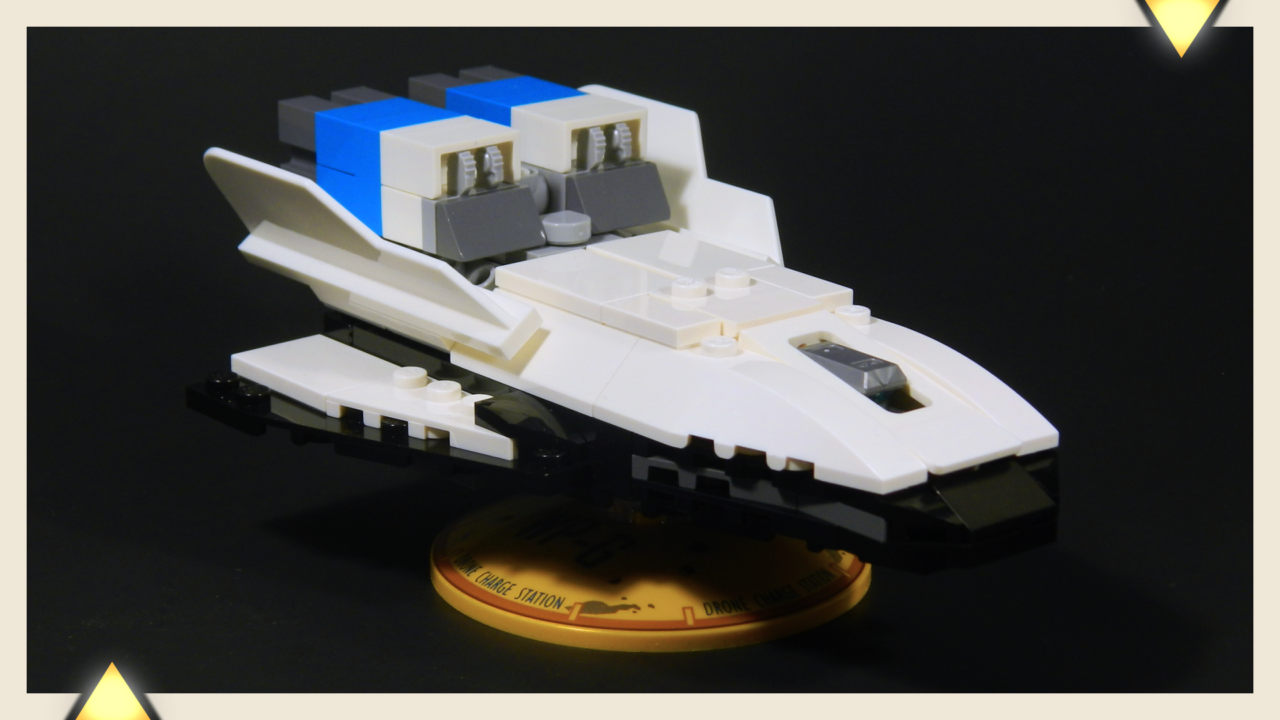 Which is a shame, because I really like the little model. Itâ€™s a solid, tight build that feels good to hold. 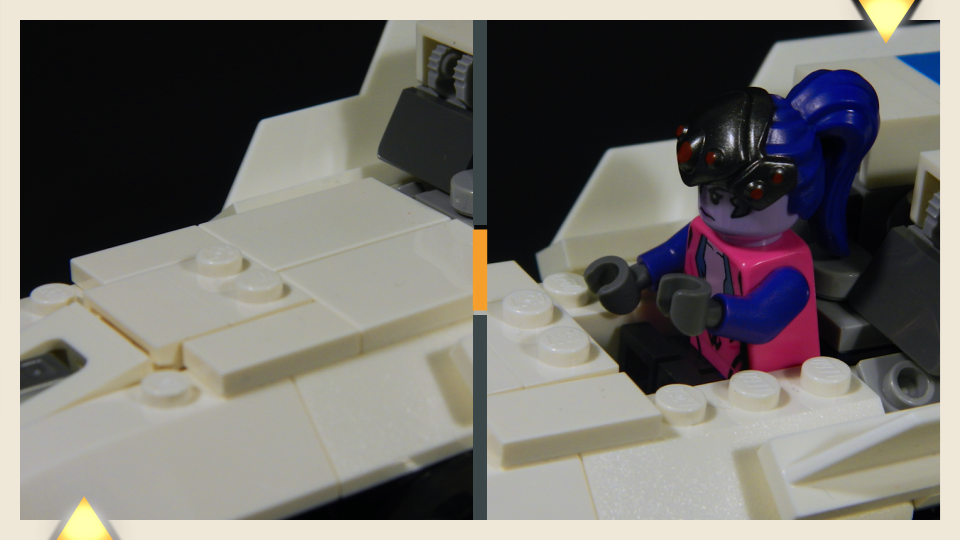 Not much in the way of play features, other than being able to remove two 2×3 tiles to fit a minifigure in. According to the back of the instructions, youâ€™ll be able to connect the ship to the larger ship from 75975 Watchpoint: Gibraltar. That isnâ€™t quite enough to convince me to buy the overpriced 73-dollar set. 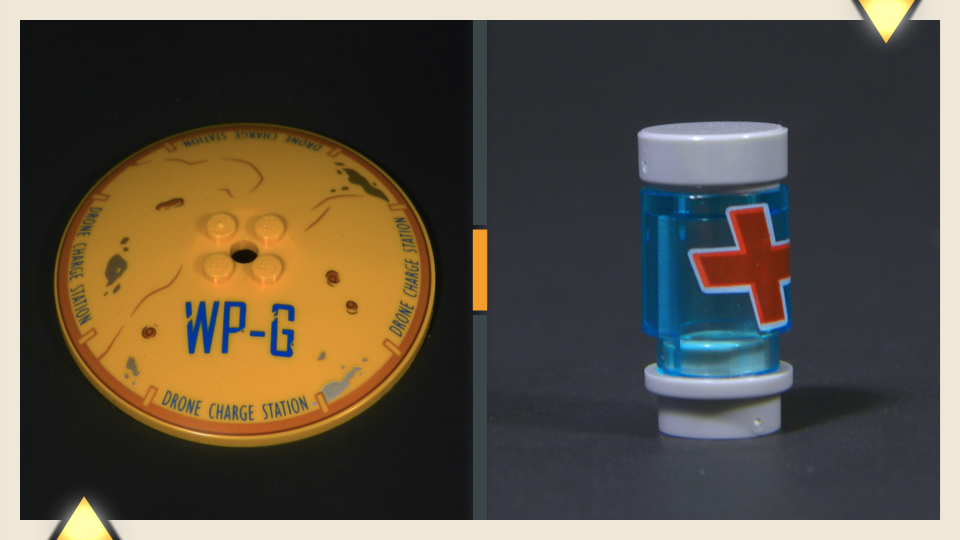 The two prints in this set. I had a short moment of â€œoh, thatâ€™s niceâ€ upon building the health pack, and promptly forgot about it. 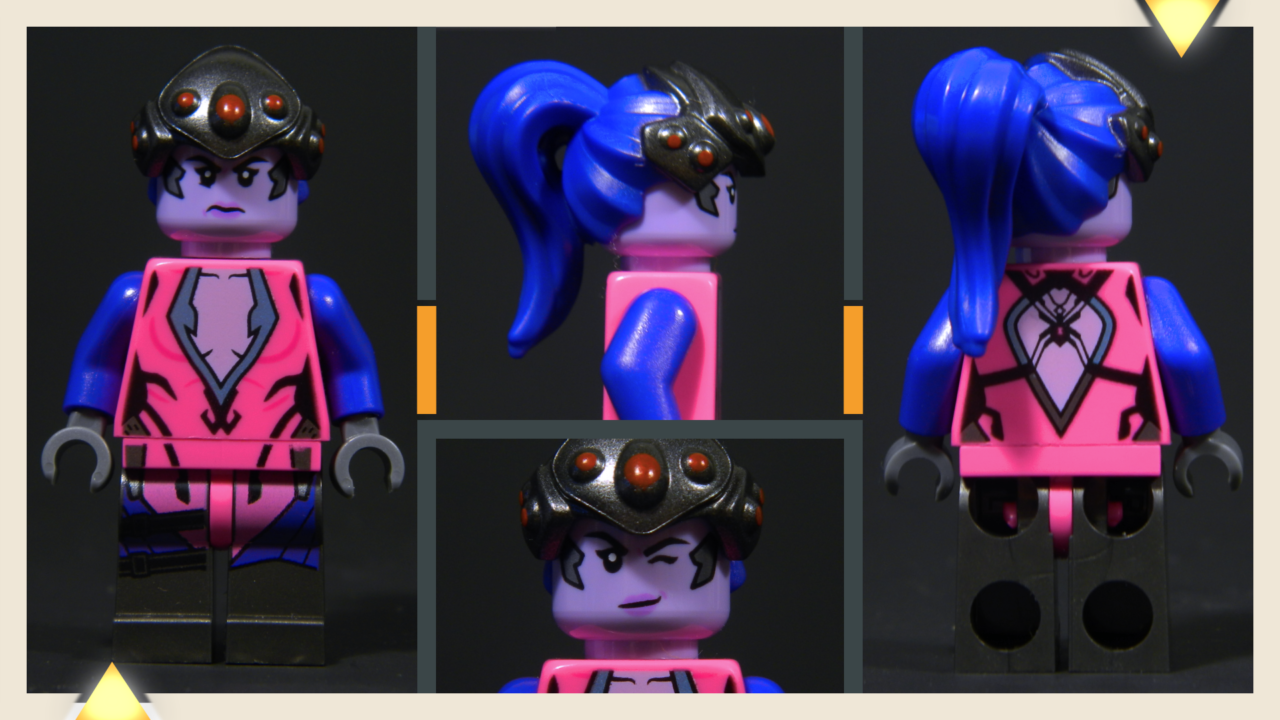 As I said, Tracer and Widowmaker (hence the name) are the main feature here. But Widowmaker has one of my problems with most of Overwatchâ€™s figures (with one exception). Sheâ€™s instantly recognizable as the character from the game, and she has a nice quality headpiece, a double-feature head, and fairly accurate colors (it would be interesting to see how Lego would do a shiny minifig). Despite all that, however, something about her is just off. I donâ€™t know what it is exactly. Iâ€™ll do an article on it once I figure it all out. 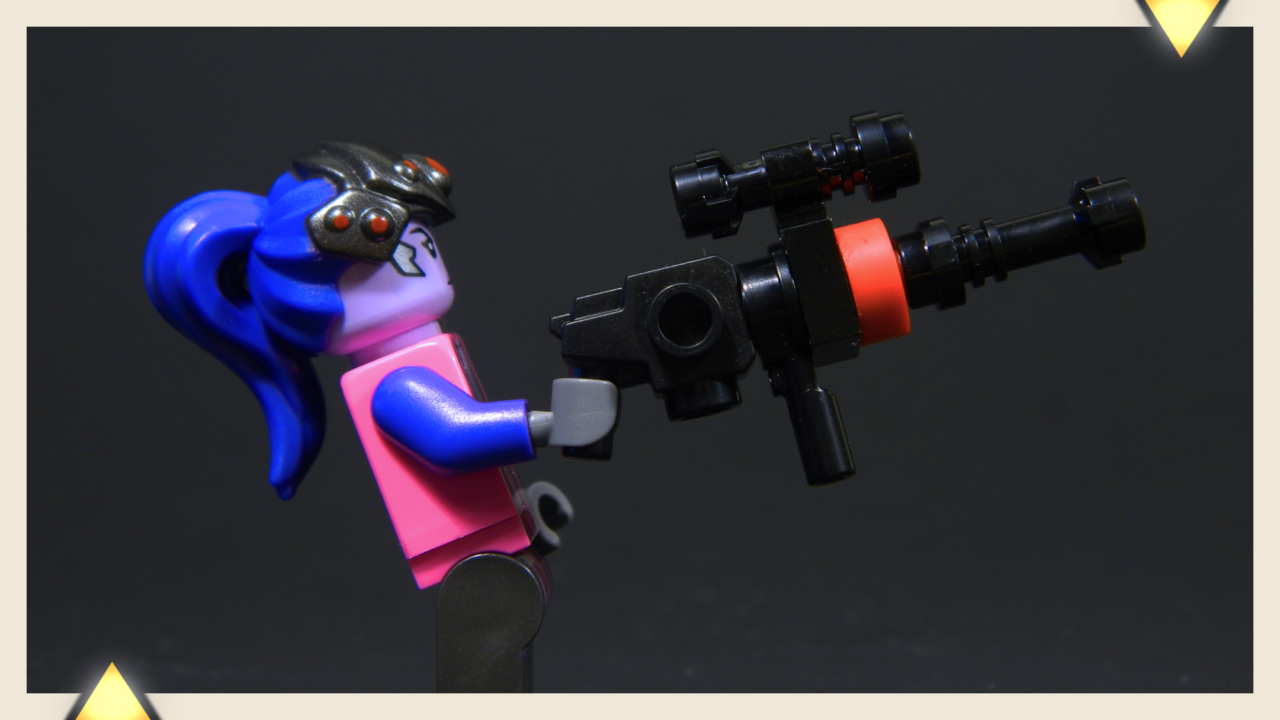 Her giant, oversized gun doesnâ€™t help, either. She canâ€™t even hold it in two hands to the side. 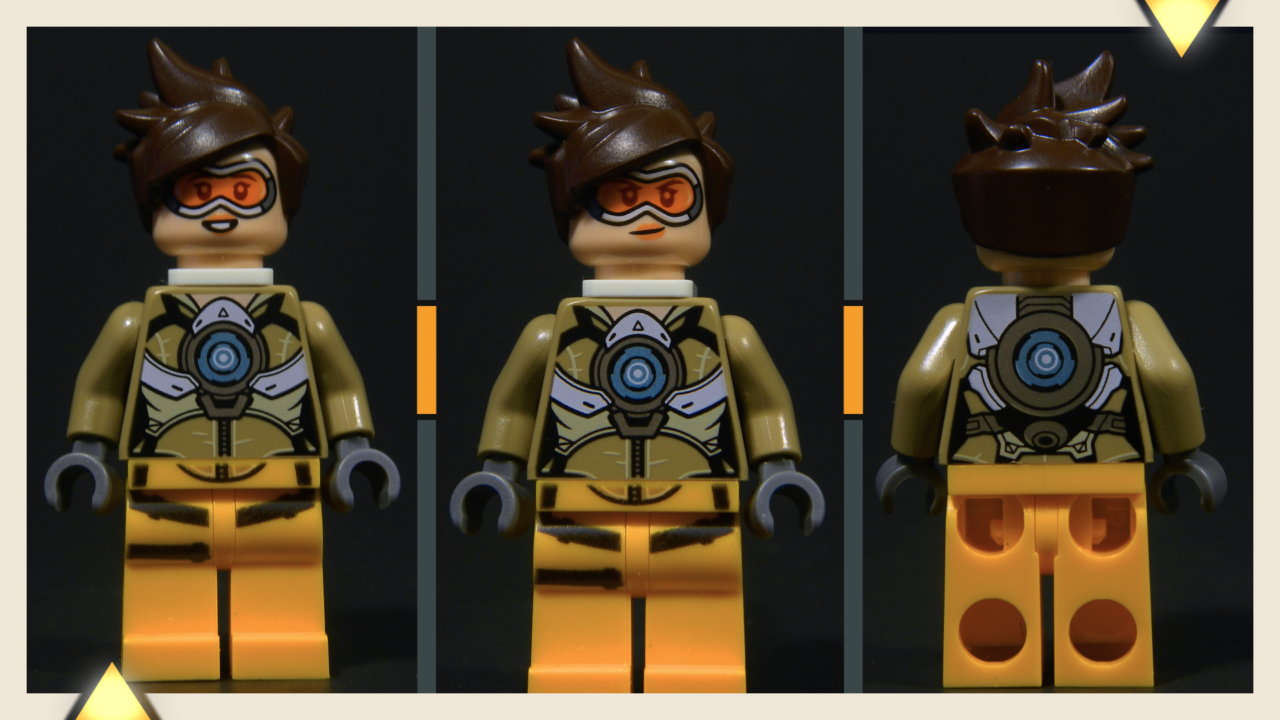 Tracer, on the other hand, I absolutely adore. Sheâ€™s simple enough, full of character, sheâ€™s just cool to look at. 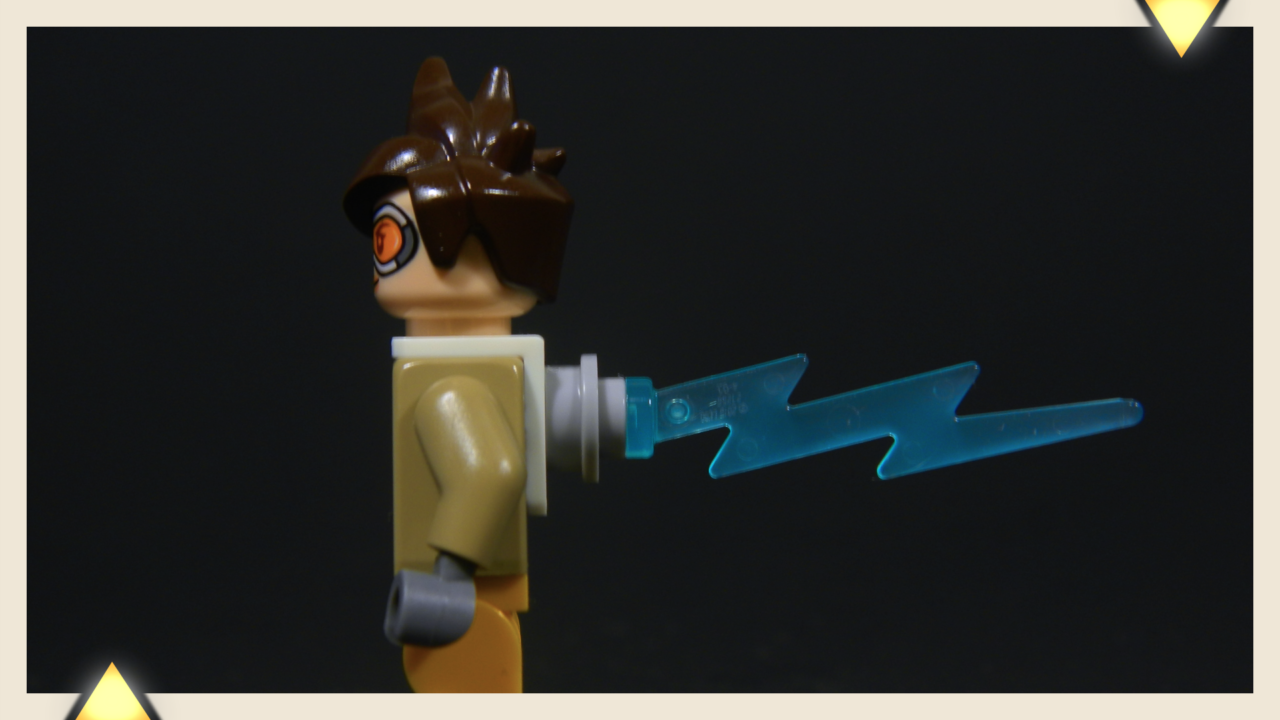 Especially attaching this little blue dash thing to her back. 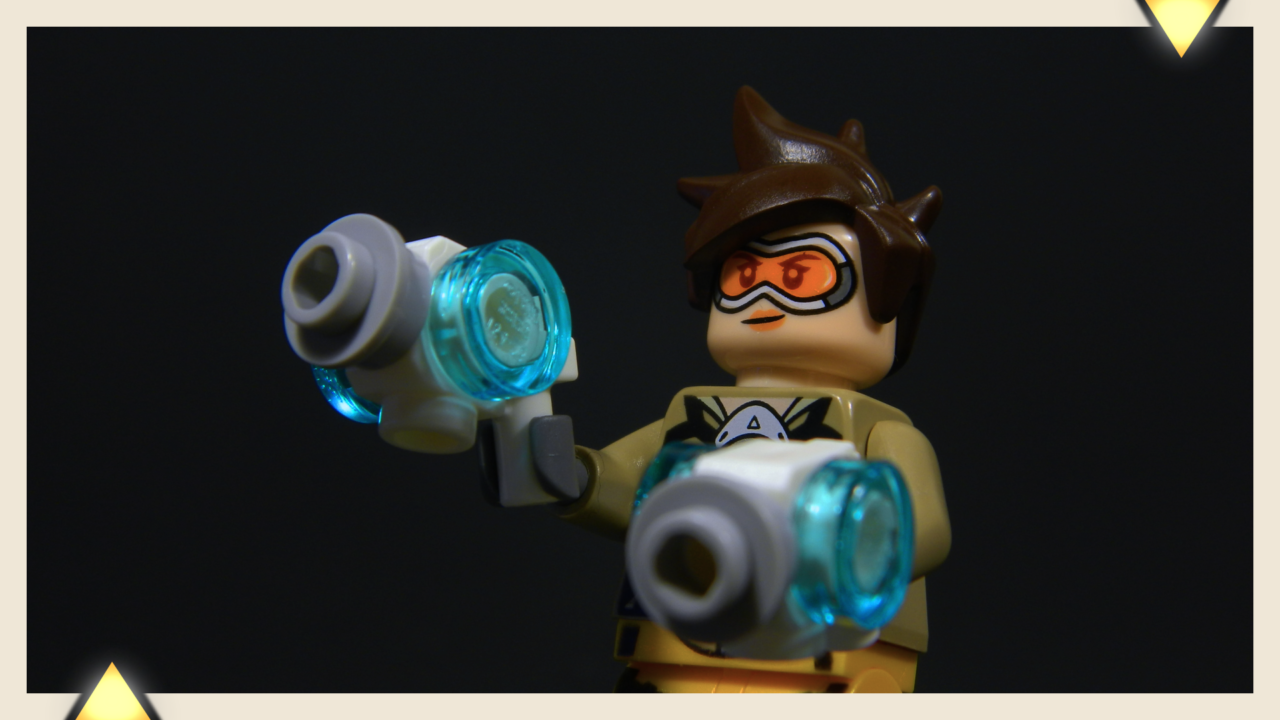 Her guns work for me as well. Theyâ€™re oversized in a cute Lego way, not in an oh-my-god-this-gun-is-impossibly-large way. Tracerâ€™s design in Overwatch is ace, and itâ€™s completely epitomized here.

All in all, youâ€™re going to buy this set for the minifigs. The Overwatch line has 12 of the current 29 heroes (and 2 Bastion models, which I don’t know if they count). I havenâ€™t heard any plans about a new line of Overwatch sets, so this may be all weâ€™re getting. If youâ€™re in it for the minifigs, then you already have it. My recommendation wonâ€™t do anything for you.