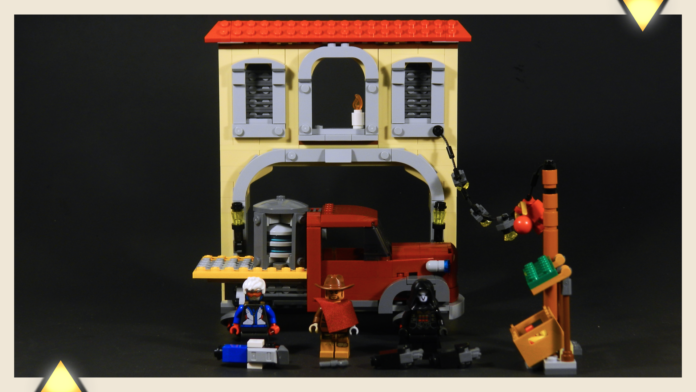 When Lego released the images for the first wave of Overwatch sets, the render for the Dorado Showdown set caught my eye in the most unfortunate way. At the time, I thought it was nothing more than just a bad render. Upon purchasing the set, however, itâ€™s a little bit worse than I thought.

Get ready, because this review ends about halfway through the article. The rest explores the somewhat depressing hypotheticals that this render, uh…rendered.

As with the Tracer vs. Widowmaker set, Dorado Showdown includes minifigs and a vehicle. But, to really justify the $30 price tag, this set also includes the front face of a building.

Letâ€™s start with the truck. 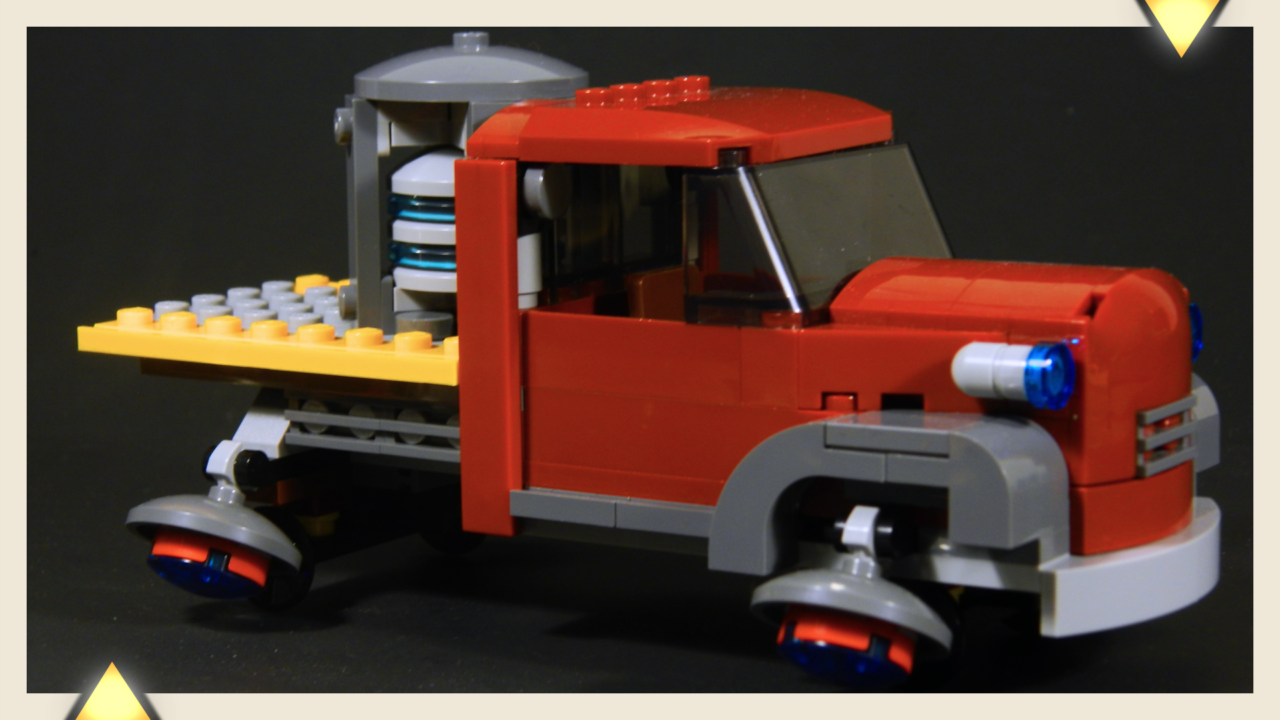 One thing I appreciate about Lego – they know how to build really solid vehicles. The truck looks great from any angle. A damn near perfect representation of the truck from the game. 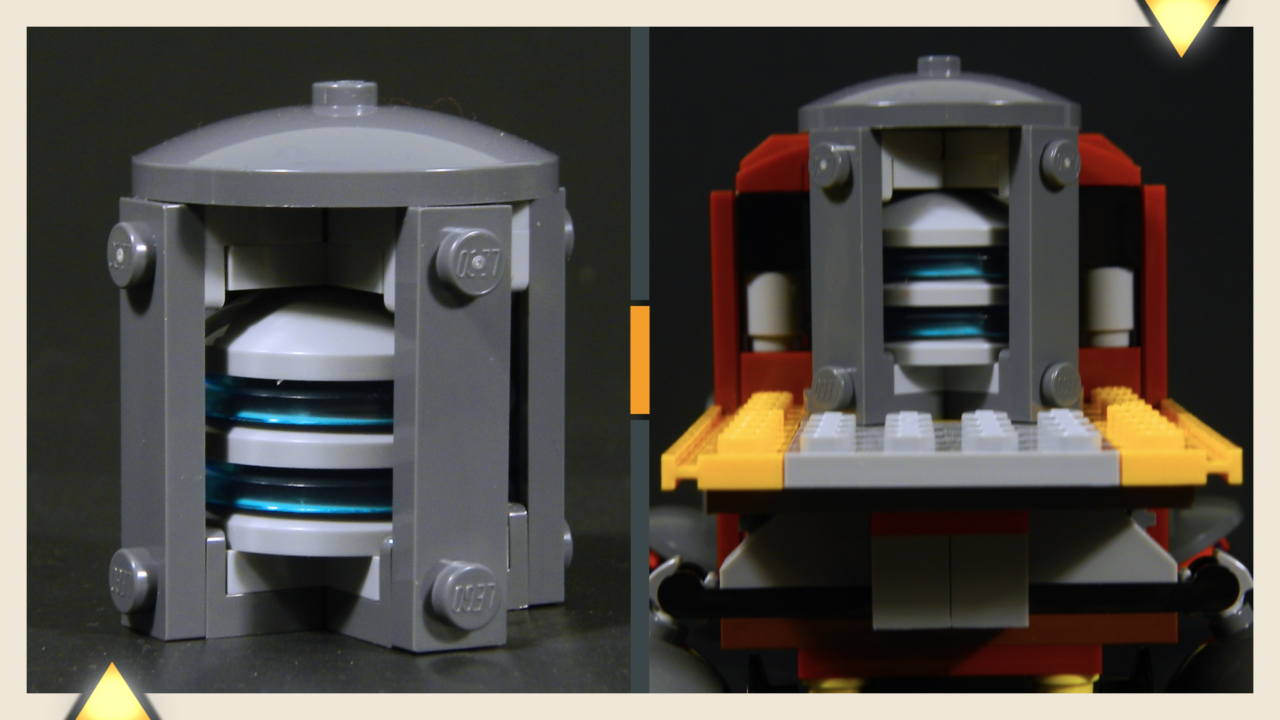 It also includes this generator…thing? I have no idea what this is, but, then again, I donâ€™t in the game, either. 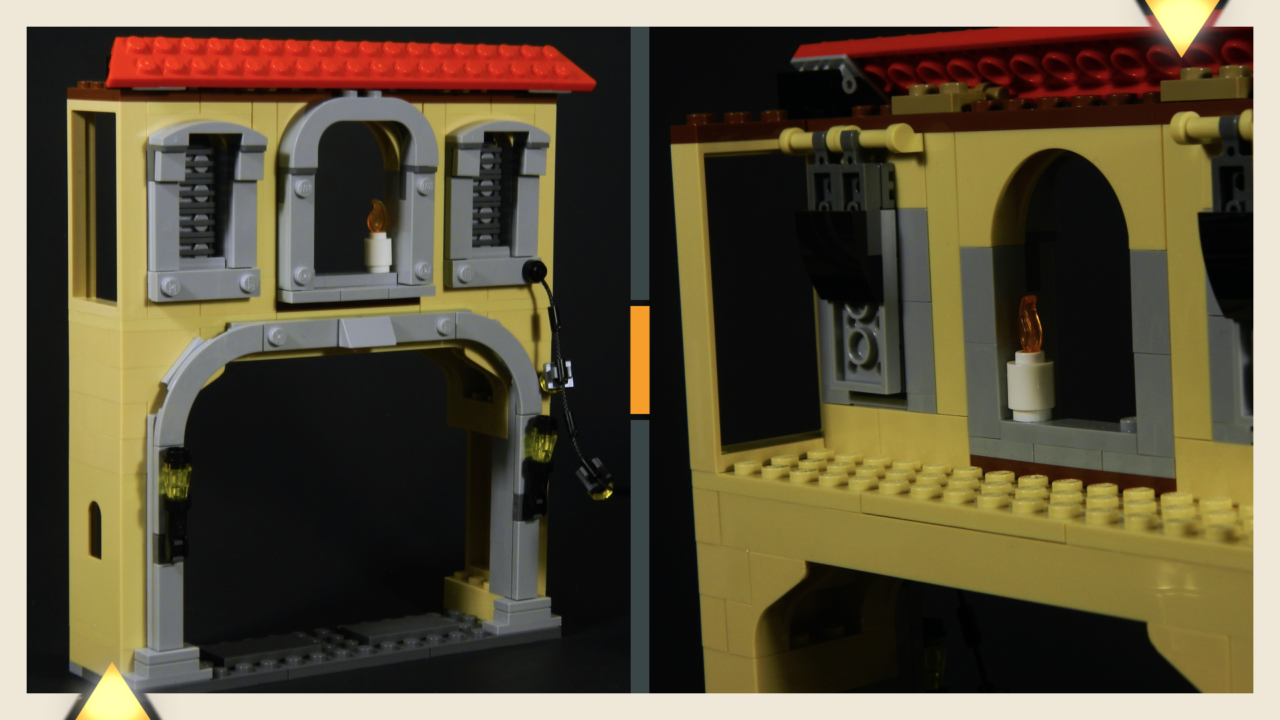 Then we have this â€œbuildingâ€. It reminds me of the flat buildings at the Studio Backlot Tour at Disney World. It looks flashy from the front, but from the sides and back, itâ€™s completely empty. Again, I understand that itâ€™s representative of the Dorado level in the game, but it comes off as feeling lazy. Flat walls, few colors, it just doesnâ€™t look good. 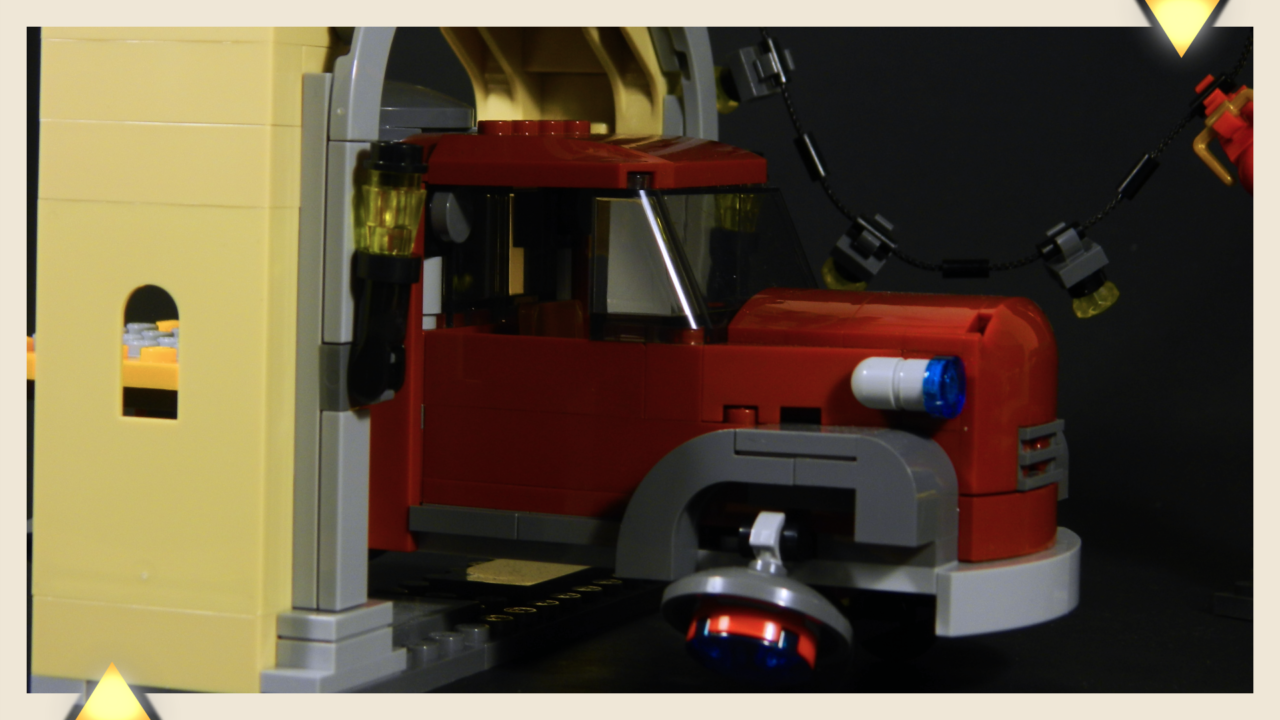 The only purpose I can think it serves – rolling the truck through it. Thatâ€™s…fun? 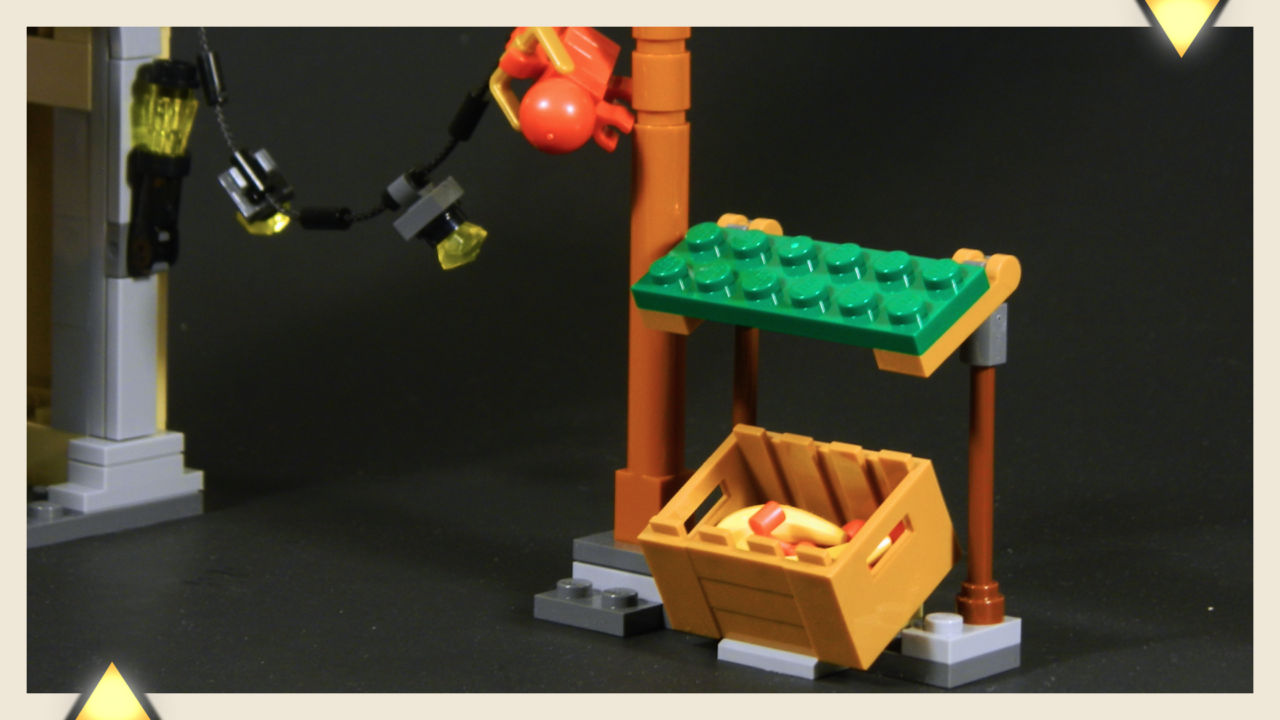 A power line attaches the â€œbuildingâ€ to this little fruit stand. Cute enough, I guess, but itâ€™s a hassle to move around.

Of course, people buy these sets for one reason: the minifigs. We get Soldier: 76, McCree, and Reaper here. 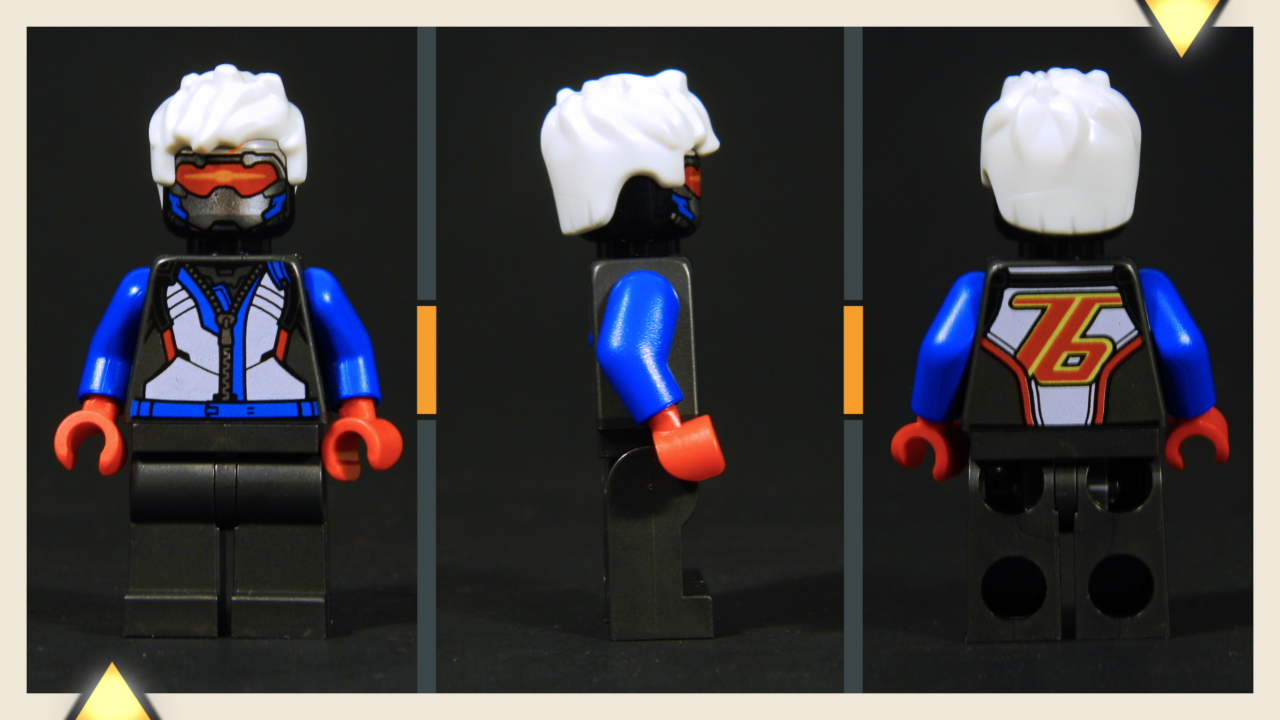 Soldier looks pretty good. He already has the stocky minifig shoulders, so it translates well, unlike it did to Widowmaker. Classy, bright colors and slick printing – thereâ€™s not much wrong with the figure. 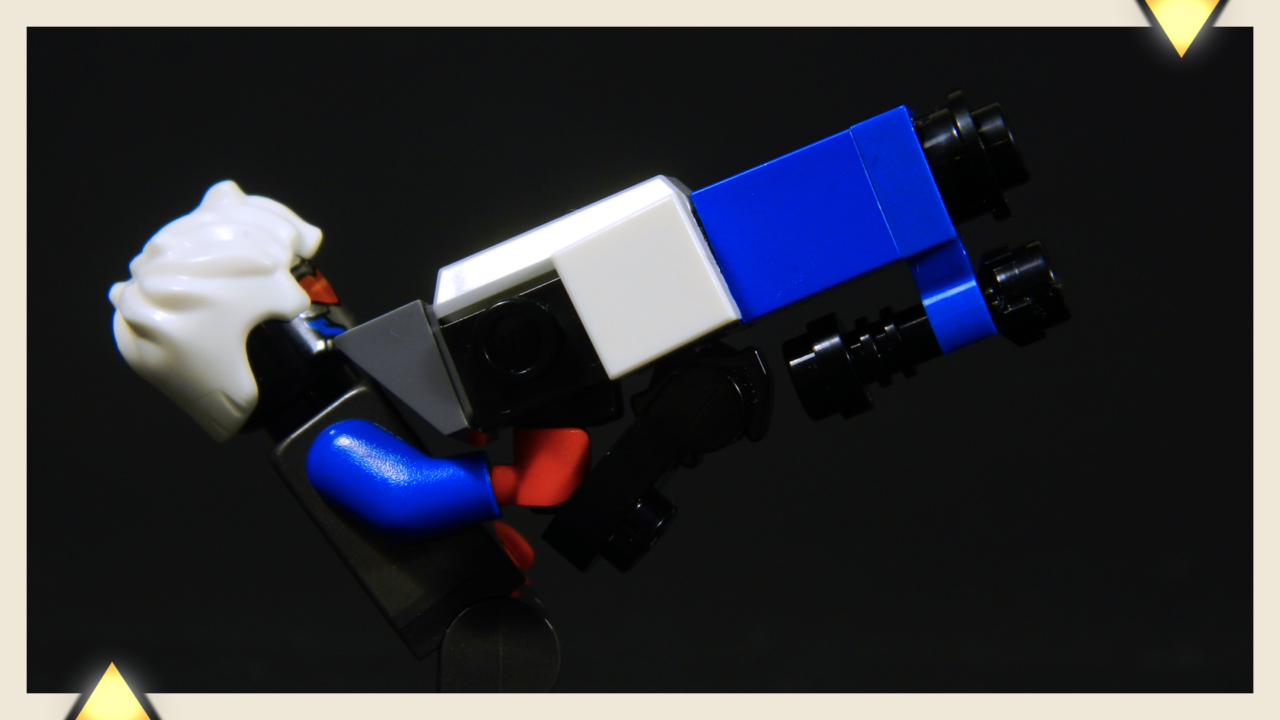 The gun is horrible, though. As with Widowmaker, Lego opted to make the gun brick-built. Lego has an infamous policy about “realistic” guns.

“However, to make sure to maintain the right balance between play and conflict, we have adhered to a set of unwritten rules for several years. In 2010, we have formalized these rules in a guideline for the use of conflict and weapons in LEGO products. The basic aim is to avoid realistic weapons and military equipment that children may recognize from hot spots around the world and to refrain from showing violent or frightening situations when communicating about LEGO products. At the same time, the purpose is for the LEGO brand not to be associated with issues that glorify conflicts and unethical or harmful behavior.”

I mean, I get it. However, Iâ€™m not certain whether or not Soldierâ€™s gun fits. There arenâ€™t many guns utilized by an armed force that resemble this gun. Considering some of the guns that have come out of the Star Wars line, I find not making a new piece for this bright blue pulse rifle a bit strange. 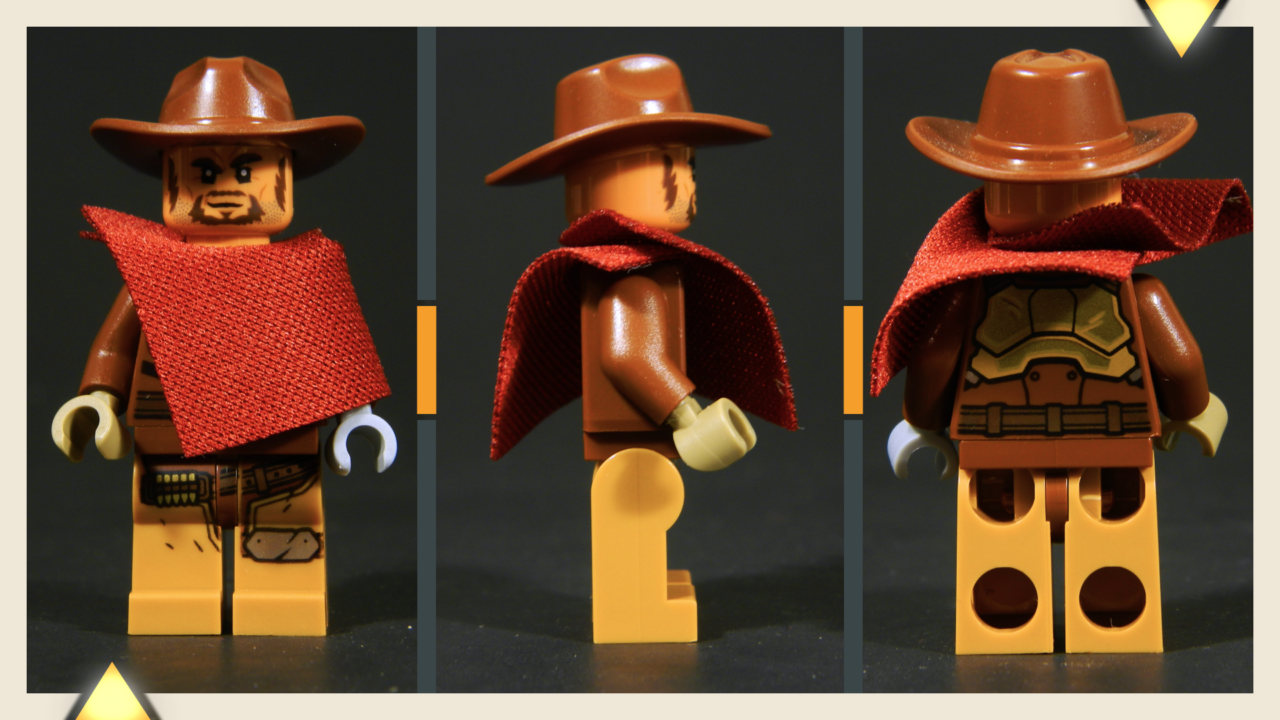 The face of a minifigure is important. Remember the demonic Black Widow from the 2012 Avengers line? In that same vein, McCree looks so incredibly unlike himself that heâ€™s barely recognizable. 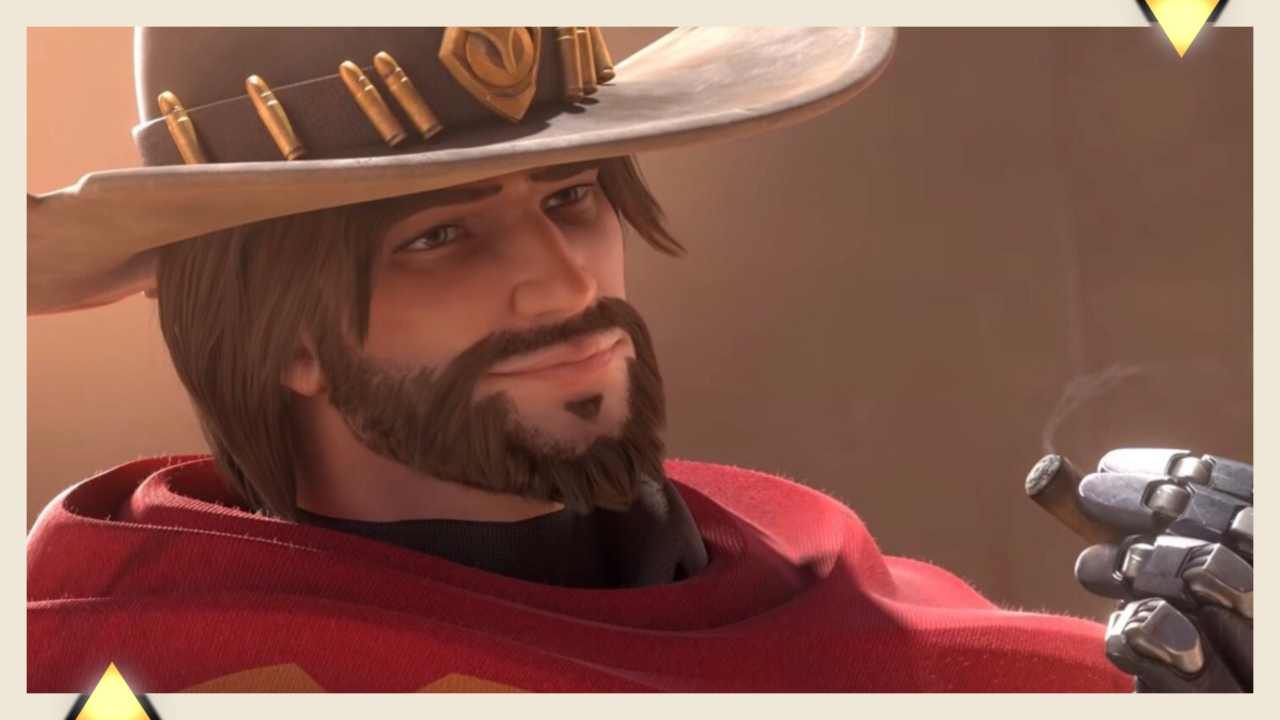 This is McCree. Even adding the hair under the hat, as Legoâ€™s done multiple times, would have helped. 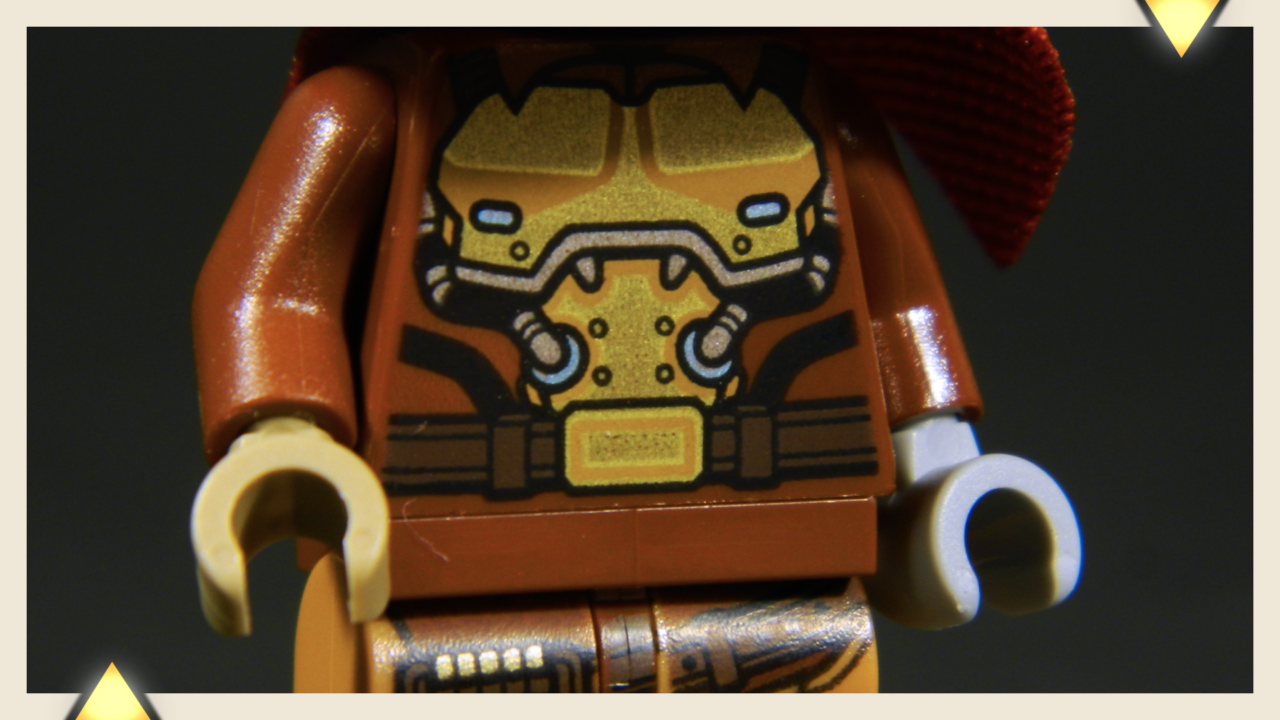 Also his belt doesnâ€™t say BAMF. Which is disappointing, but I get it. 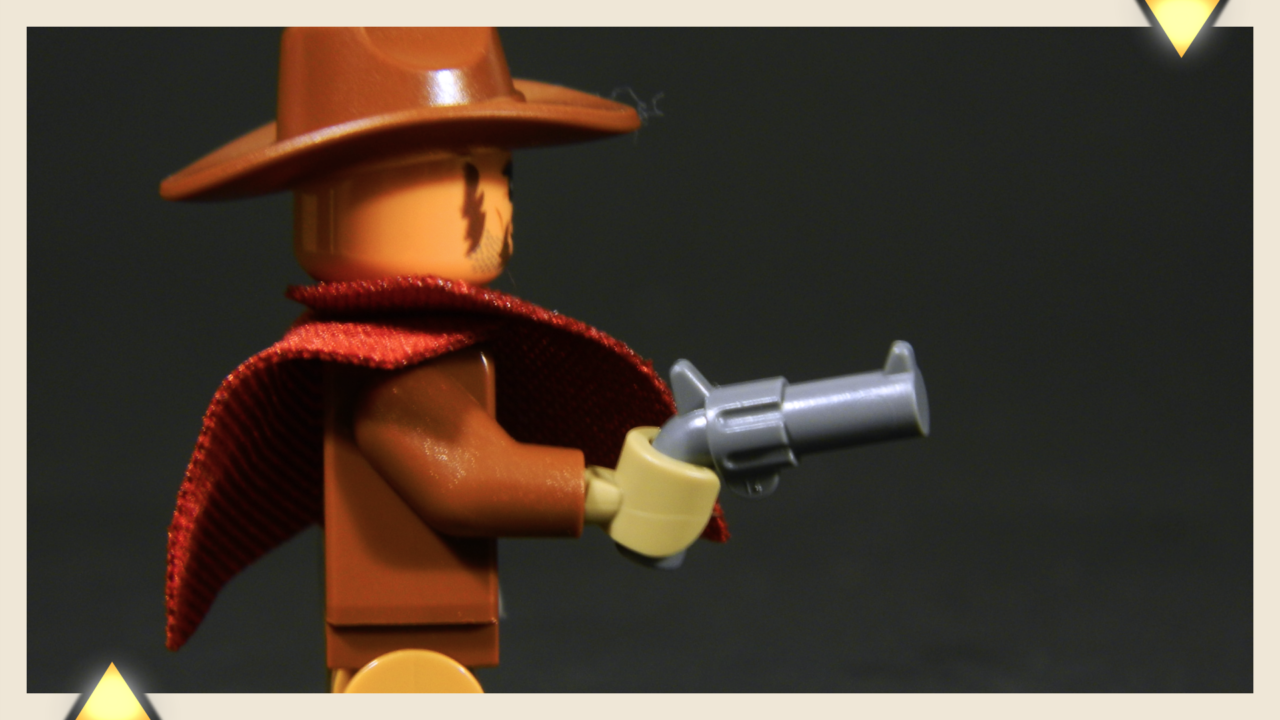 He has a tiny revolver. The most accurate game counterpart yet. 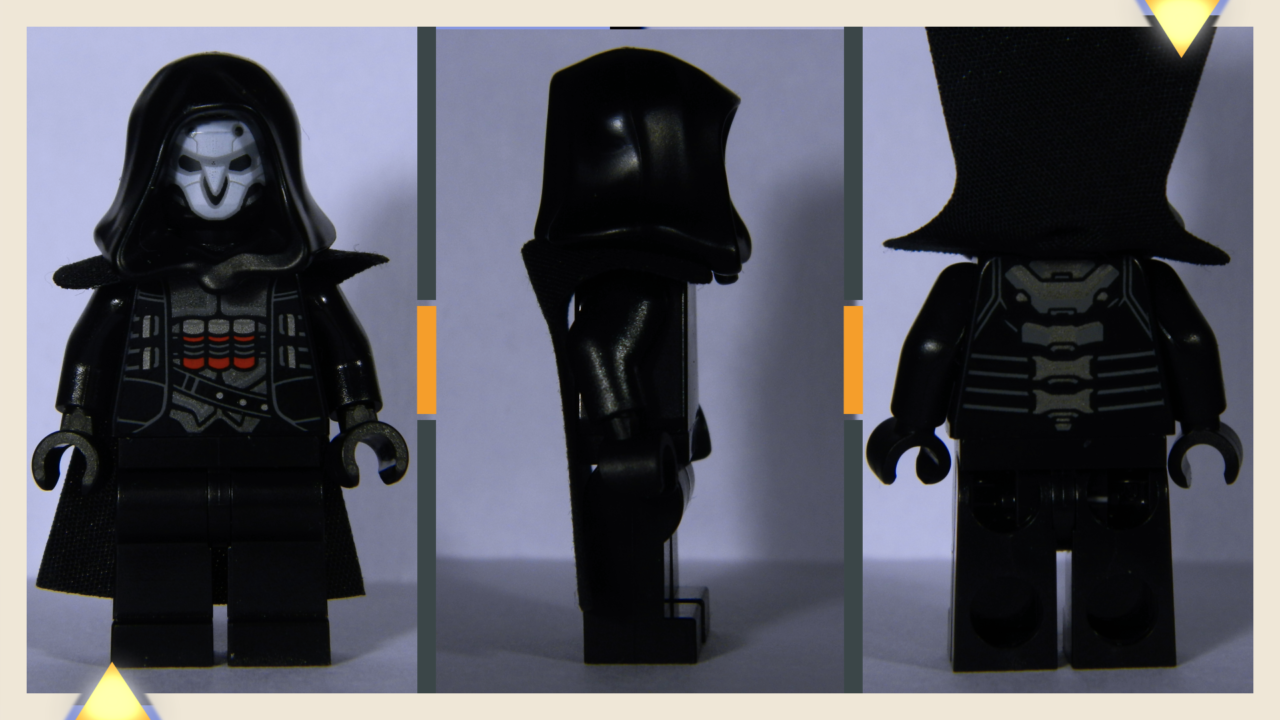 And finally…Reaper. Who, on a more personal note, makes it impossible for me to play as tanks in the game anymore due to a recent update. Thanks, Blizzard. He looks great here, though. Dark, mysterious, scary…the usual. In his model, the back printing goes over his cape, and I wonder if there was some way to make the cape reflect that. I canâ€™t think of anything, and it may be beyond Legoâ€™s capabilities. Still, as a minifigure, it works. 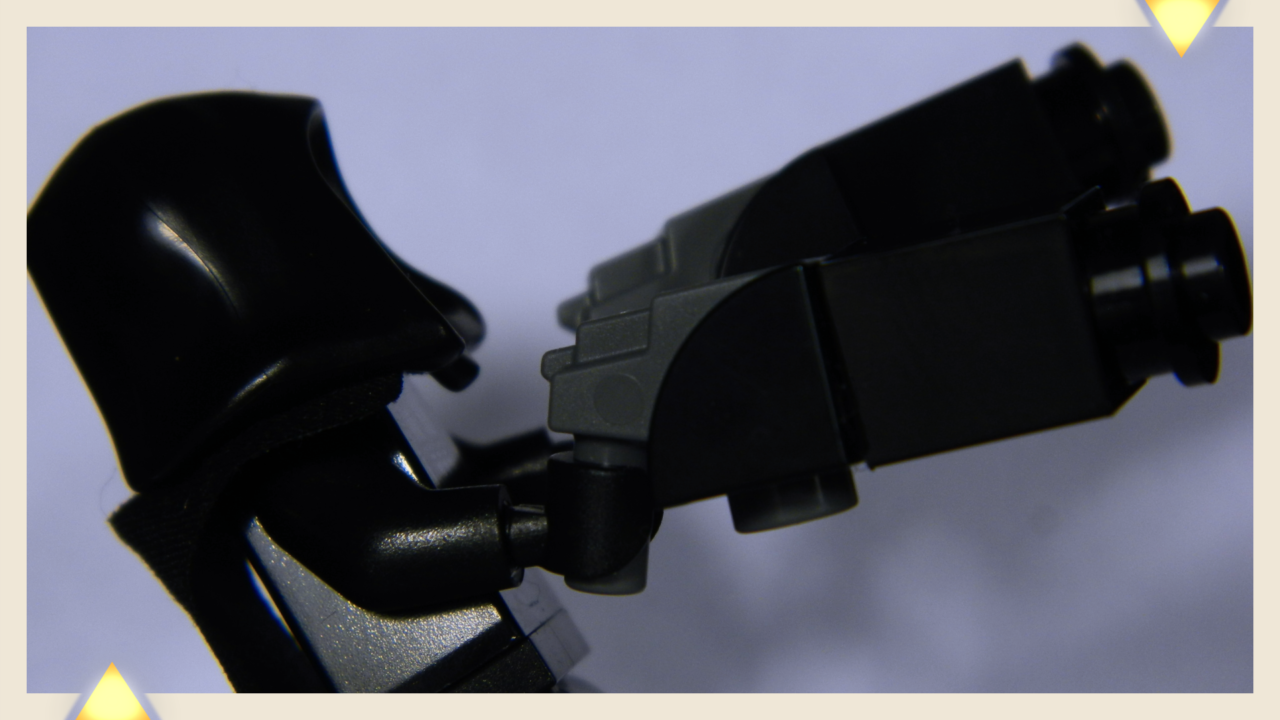 His guns, like Soldierâ€™s, are too large and too unwieldy. Theyâ€™re not as bad, but they just look ridiculous.

The Lack of Play Features

What it feels like, ultimately, is one of those crappy Lego Ideas sets that gets 20 supporters. Add (mostly) well made minifigures to already pre existing pieces, and you have this set. I could have made this set in LDD probably five years ago. Most of it, anyway. These sets feel like minifigures + filler. And that could be the route Lego is starting to move towards. The minifigures battle packs released in 2008 for Star Wars, Collectable Minifigures in 2010, adding more series to that like Harry Potter, the Simpsons, etc. Ever since Lego started getting licenses for popular media, theyâ€™ve been able to use that to sell lackluster sets. There are so many examples in the Star Wars sets alone. Overwatch reflects this as well.

This is a $30 set without what I, as a reviewer, calls â€œplay featuresâ€. Play features donâ€™t have to be good, or creative, but they are interactive. Pull a lever. Something falls over. Open a box. They arenâ€™t the main draw of the set, ever, but theyâ€™re generally nice little things to have. They make these toys feel a little more like overall toys. A coherent set, not just pieces stuck together.

Compare the Lego Store description of this set against a equally priced Star Wars set:

Features a hinged Death Star setting with entrance, lever-activated closing door, retracting walkway, and a pillar section with platform, access ladder, hidden Mouse Droid, an opening box with a pair of electrobinoculars, and a function to send the Stormtrooper toppling off the tower.

I know, but this is quantity over quality. Especially if the competitor has 0. This is what the Lego Star says about Dorado Showdown:

Payload truck features space for a minifigure, a generator payload that can be taken off and hidden wheels to simulate the payload truck hovering like in the game.

Take a thing off! Put a minifig in! Roll a truck! 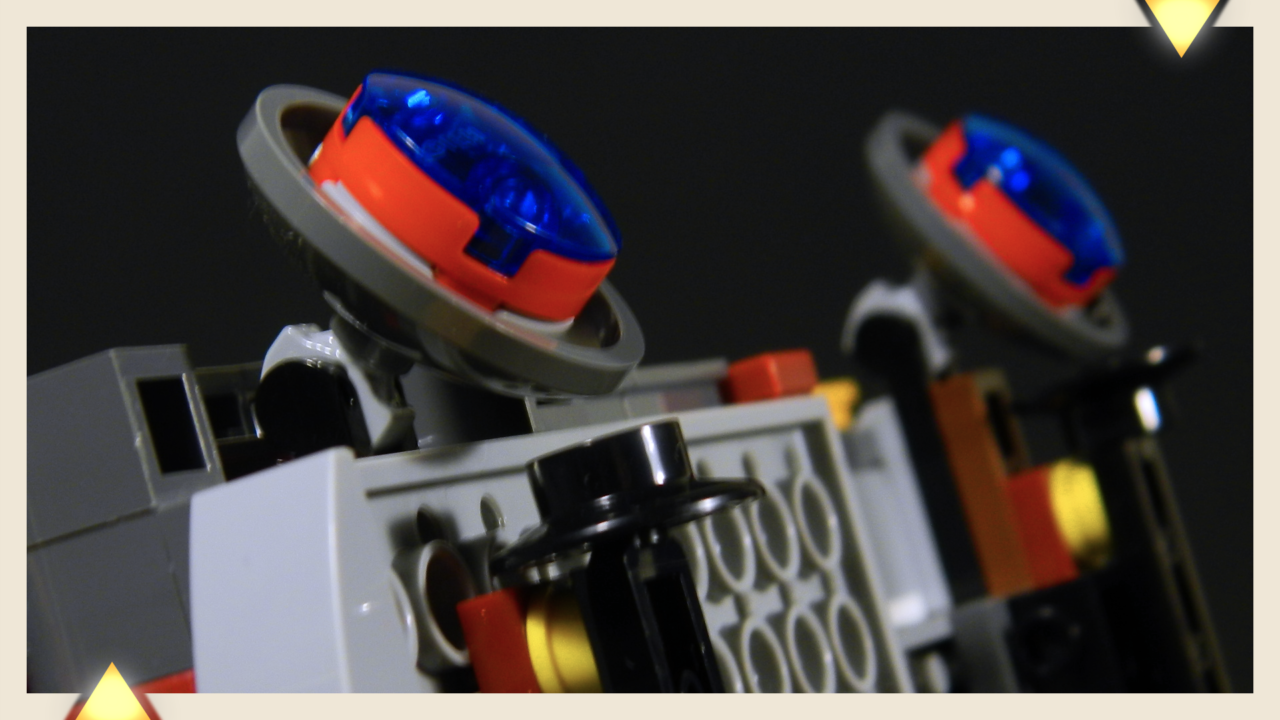 See? They added wheels! Having fun yet?

In closing, I donâ€™t have a problem if these sets are about the minifigs. But what Iâ€™m ultimately doing is paying $30 for three minifigs and some fluff. Release Overwatch as a bunch of collectable minifigs with different skins, like in the game. Iâ€™d buy those!

The problem comes when Lego pretends that the set is about anything but the minifigs when it so obvious is.

Remember the bad render of the set from the beginning of the review? Thatâ€™s whatâ€™s on the back of the box. Goodbye play features, hello crappy render.

These Overwatch sets create a lesson about afterthought, or maybe what happens when Lego scrambles to do something with a license they may not have wanted in the first place.