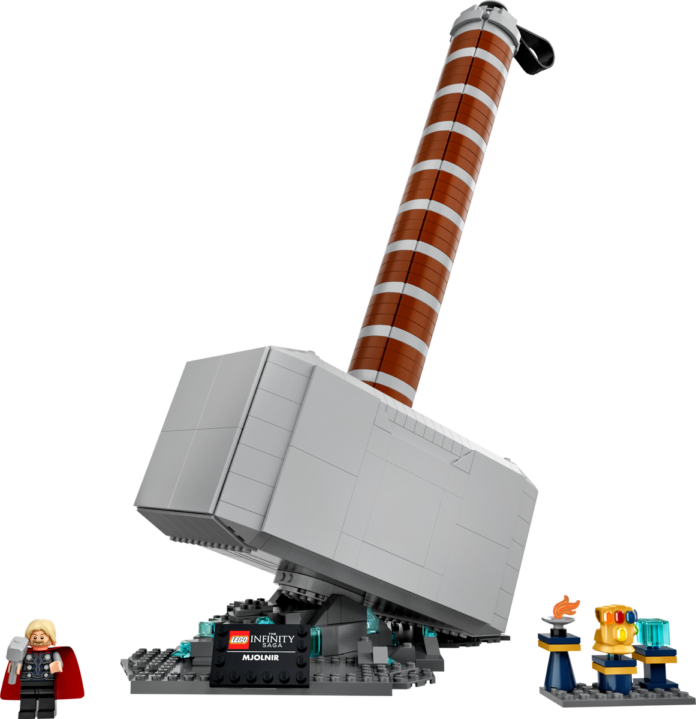 Thor’s Hammer. That’s what LEGO is calling this set. NOT by its proper name Mjolnir, or if I really want to be pedantic about it, Mjölnir. I suppose more of the unwashed masses will think of it as “Thor’s Hammer” and not really associate its proper name to the object. 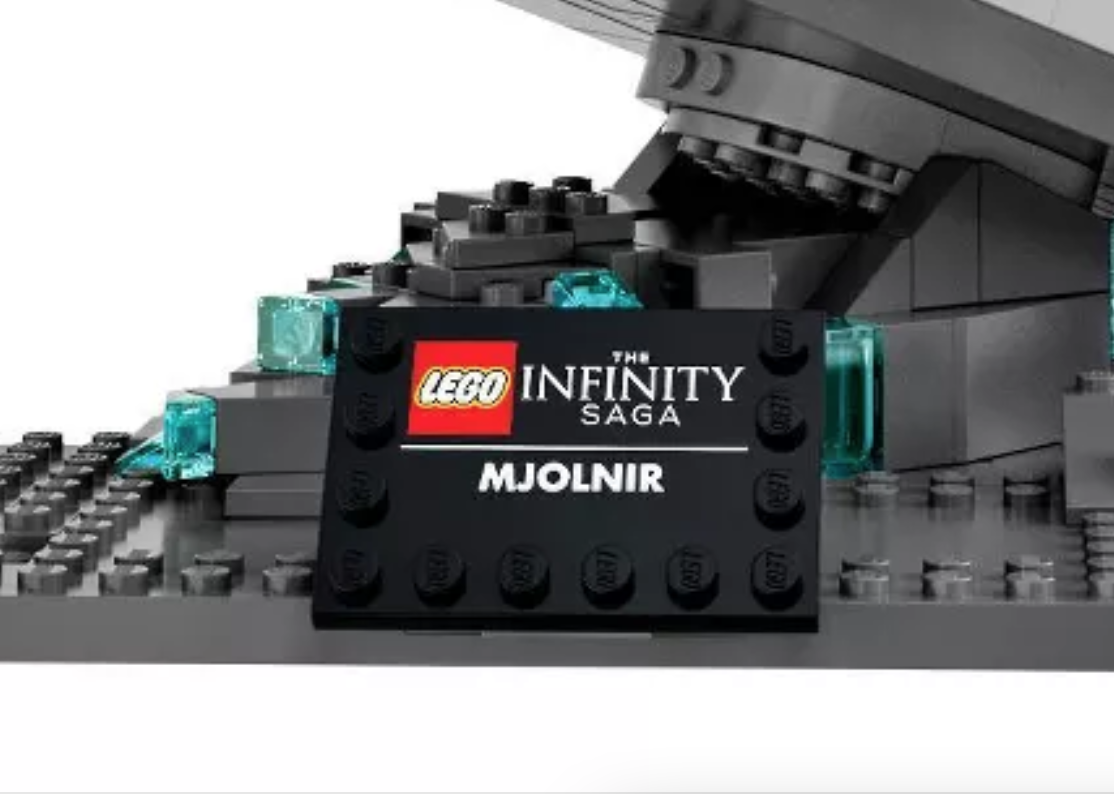 Thankfully they printed Mjölnir on the label. Thank God ’cause if that also said “Thor’s Hammer” it would made the whole naming thing even dumber. Behind the label you can see the small bedrock / stand for Mjölnir comprised of grey plates and bricks. 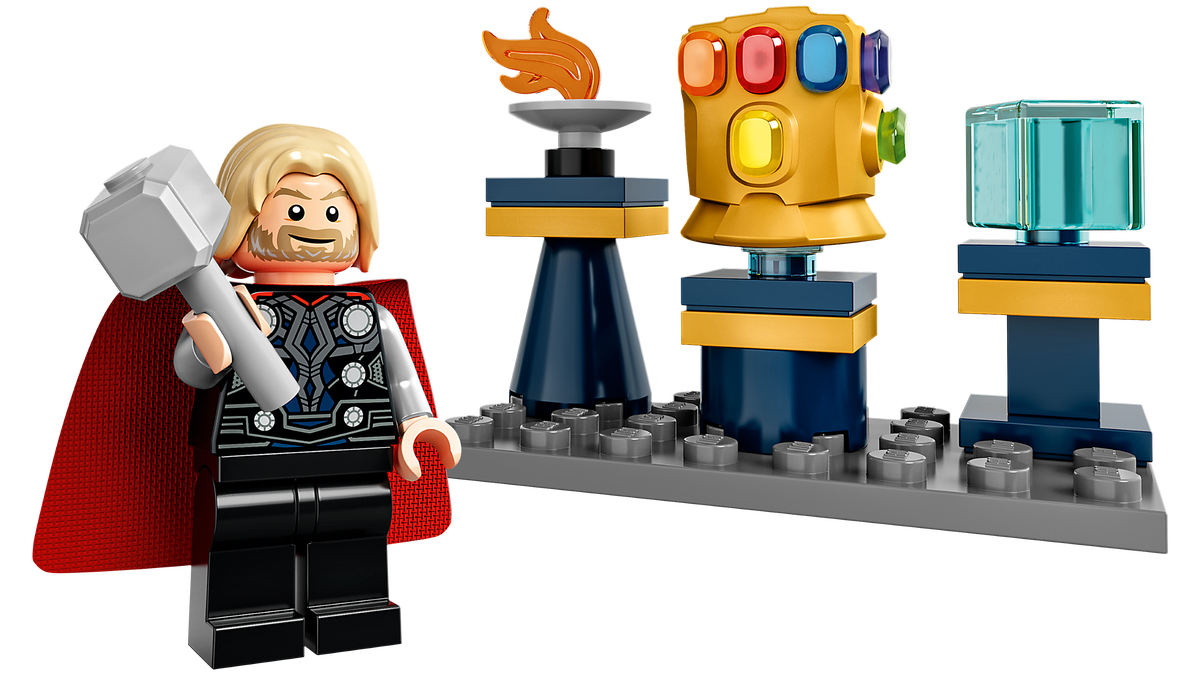 You get a Thor minifig along with a minifig-sized Mjölnir and a small build. The small build has the Infinity Gauntlet, Teserac Cube, and a S’mores Station. Just kidding, I have no idea what the flame is but I’m sure it’s some sort of cosmic artifact. 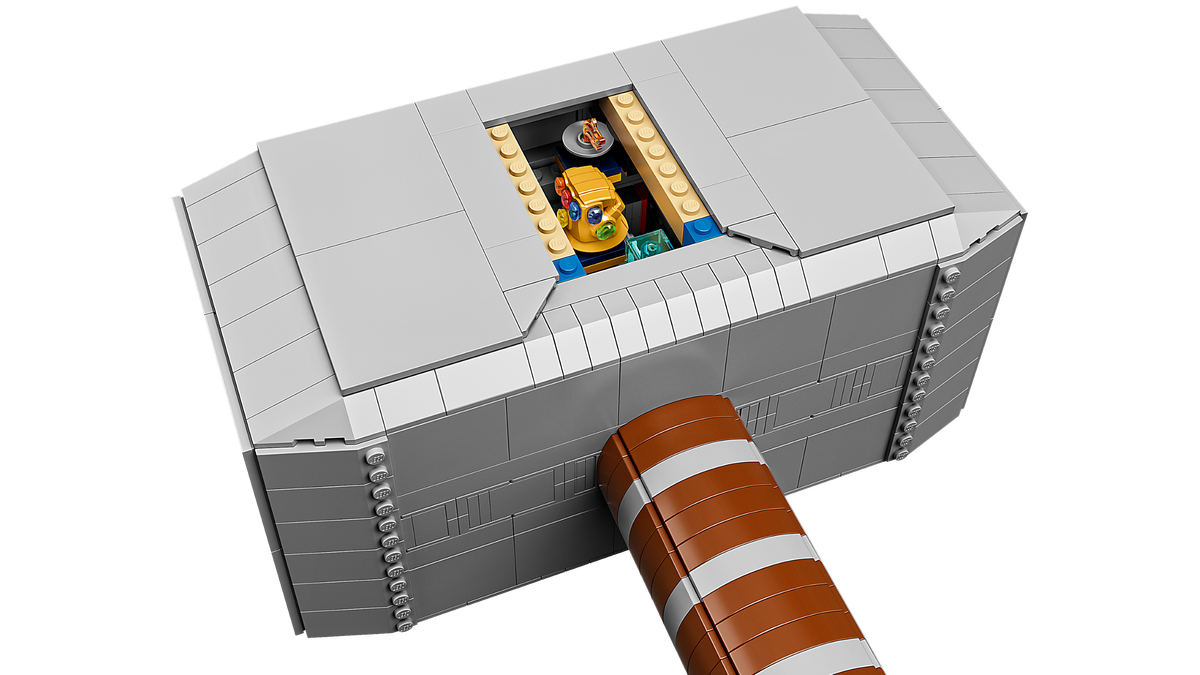 In case you weren’t a fan of the small extras, you can store it all inside the hammer. 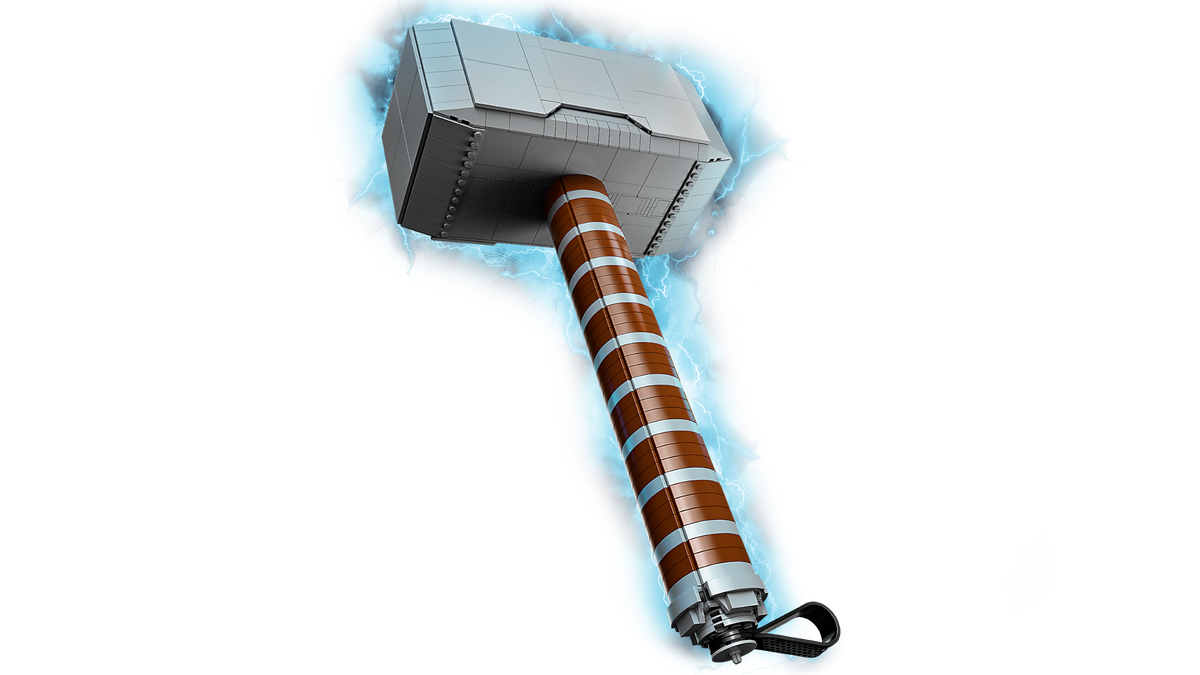 There’s also this odd element at the end of the handle that I’ve never seen before. It’s supposed to be a wrist strap but it looks like it’s a wrist strap for ants! Why so small? Everything looked great right up until that strap. For me, that’s a dealbreaker but I’m silly like that. Here’s the official MCU version for comparison: 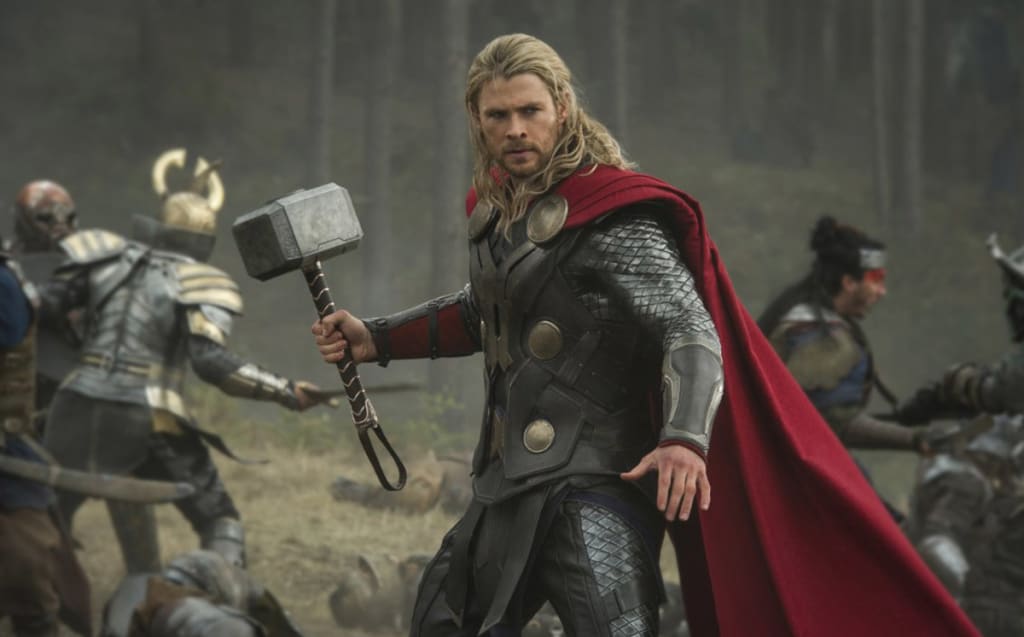 If it’s not a dealbreaker for you though, you can pre-order 76209 Thor’s Hammer right now directly from LEGO.com and also from Target.com ahead of its March 1 release date. Supposably it’s a Target exclusive. Price is $99.99 for 979 pieces. Click through those affiliate links and buy something to make me rich!

Now all we need is Captain America’s Shield as a buildable set. With tiny-ass straps of course.