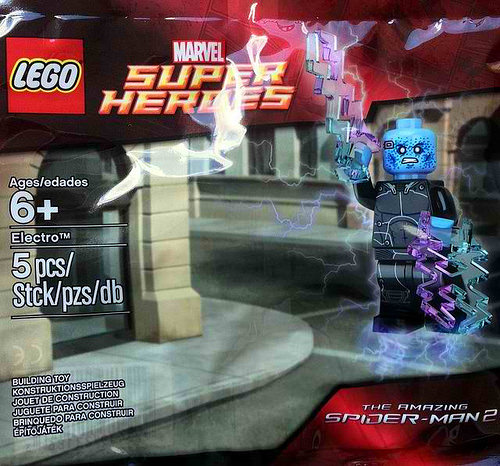 Don’t go wasting your money picking it up on eBay. I received confirmation from LEGO today that the Amazing Spider-Man 2 Electro minifigure polybag is scheduled to be a promotional figure at Toys’R’Us stores. There are no other details at this time about the promo other than it will be available later this year and that approximately 100,000 figures were made. There was no theme nor were there any sets made for the movie, which is a shame because a Gwen Stacy figure would have been great to have. Electro is it. The upcoming promotion is in addition to the the figure being given away at LEGO KidsFest events around the country. My fingers are crossed that it won’t cost an arm and a leg to get it.