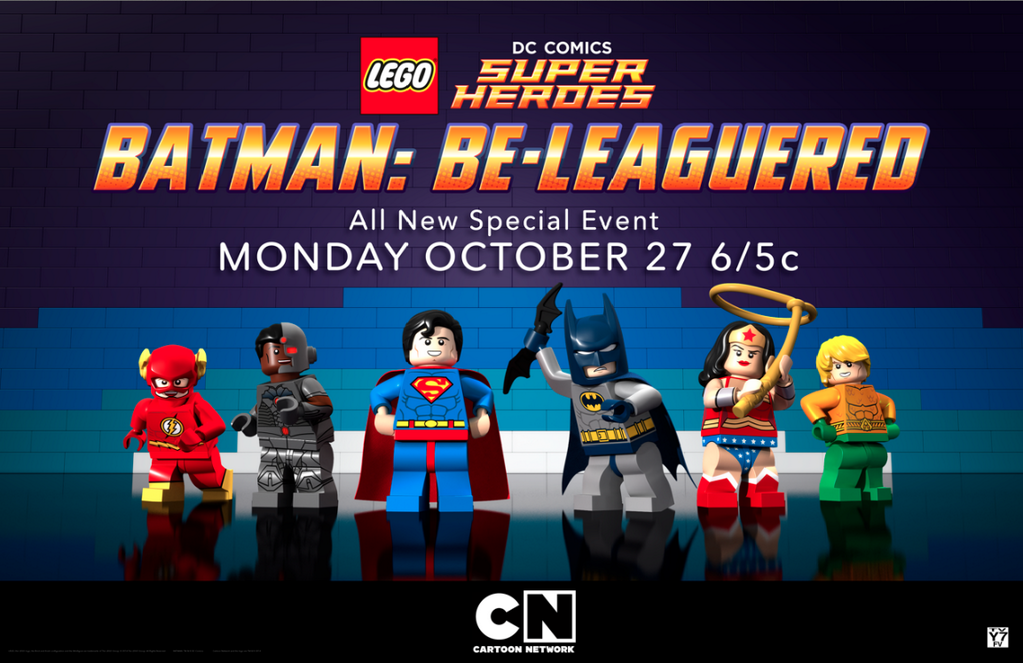 Apparently news broke about this a couple of days ago but nothing made it across my desk until earlier tonight. On Monday October 27th at 6pm/5pm Central, Cartoon Network will air a special one-shot LEGO DC Super Heroes special called Batman: Be-Leaguered. The listing has the synopsis as follows: “Superman wants Batman to join his new superhero team, but Batman prides himself on being a self-sufficient loner.” There’s a 30 second trailer for the 30 minute special posted below.

Remember that Batsignal build event at Toys’R’Us? I didn’t make it in time but managed to scrounge up enough parts to make one thanks to instructions being posted in eBay auctions. I guess there was a comic book giveaway as well. Anyways, the reason I bring this up is because that build event was a promotional event hyping up the upcoming special if this tweet is to be believed.