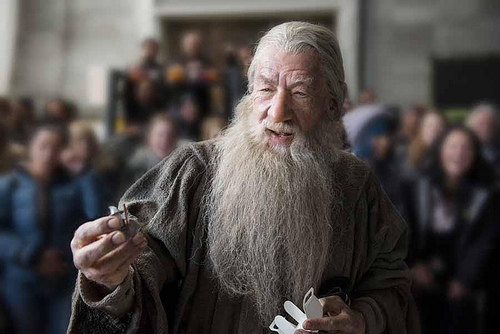 At some point in the near past, and I say that ambiguously because I honestly have no idea when this happened, the cast of The Hobbit all received little gifts and inside were their minifig counter parts. I imagine it happend while filming since everyone was in costuem… or at some type of release party since the people in the background appear to be regularly-dressed humans? I have no idea. In any case, the pics are fun to look at cause they look genuinely surprised and delighted. The Facebook gallery has more pictures of the rest of the cast; I’ve re-uploaed them to our flickr account.

The Hobbit: An Unexpected Journey comes out in theaters this Friday December 14th.