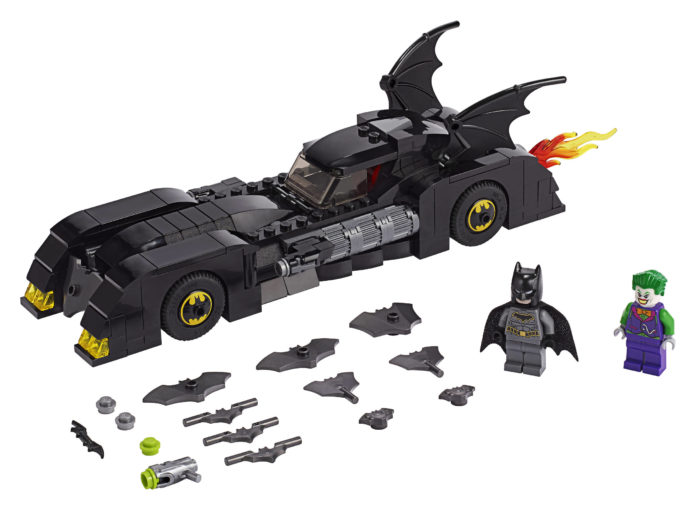 Batman’s turning 80, y’all. Can you believe it? And LEGO is celebrating by releasing not one, not two, but six new sets! They’re all set to release on August 1st, 2019 except for one which will be a timed exclusive for Walmart starting July 1st, 2019. The sets come in a variety of price points and target age range so there’s a little something for almost everyone. We only received a single picture for each set but have the full product description.

Interesting observation about the product description: the set names are preceded by “LEGO Batman” and not LEGO DC Super Heroes. Could it be a revival of the original LEGO Batman theme? I have to see a box shot to see for sure.

My pick of the litter would have to go to 76119 Batmobile: Pursuit of The Joker. It’s only $30 bucks but for that you a pretty cool looking Batmobile, Batman and Joker minifigs, and a ton of batcessories.

All assets are below.

Emergency! Mr. FreezeTM is turning GOTHAM CITYTM into ice! Ride to the rescue with LEGOÂ® BatmanTM and RobinTM on the Batcycle with this awesome playset. Fire the stud shooter at Mr. Freezeâ€™s snow scooter and steer clear of his freeze gun. Then split the Batman bike in two and ambush the super-villain. Attack with Robinâ€™s sword and target Mr. Freeze with Batmanâ€™s Batarang and grappling hook shooter. Only you can turn up the heat on this bad guy and save GOTHAM CITY!

76119 Batmobile: Pursuit of The Joker 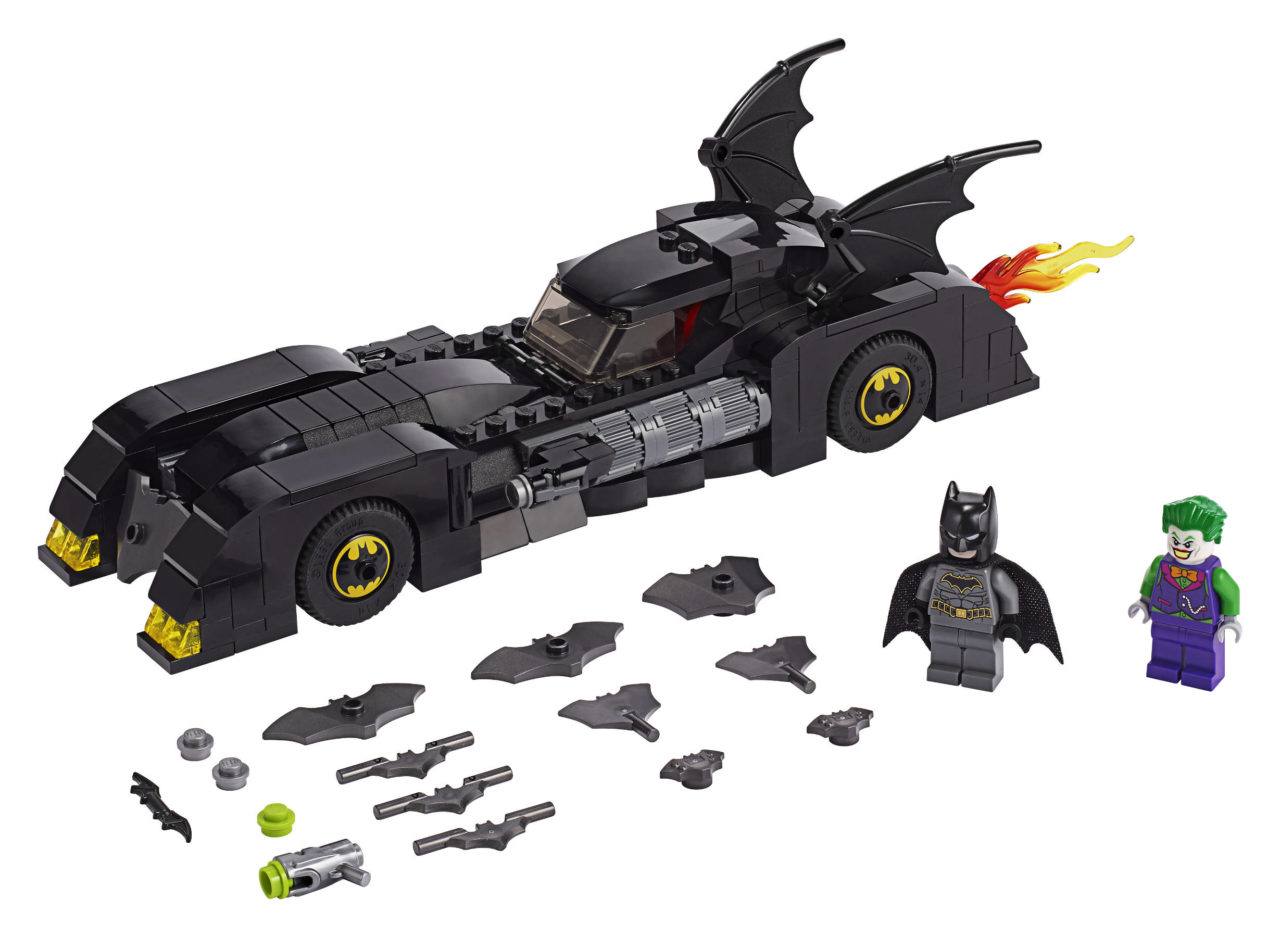 Red alert! The JokerTM is causing trouble in downtown GOTHAM CITYTM, so leap into the BatmobileTM cockpit with LEGOÂ® BatmanTM and chase him down. Hit top speed and make the flame exhaust and the Bat symbols on the wheels spin. Unfold the hidden stud shooters and fire. Swerve The Jokerâ€™s LEGO stud shooter then jump out of the Batmobile and chase him down the street. You must capture the grinning Super-Villain before he creates more chaos!

76120 Batwing and The Riddler Heist

Action-packed BatmanTM playset to role-play a pursuit of The RiddlerTM!

Dash to stop The Riddlerâ€™s robbery with LEGOÂ® BatmanTM, Commissioner GordonTM and SHAZAM!TM. The Super-Villain has unlocked the stolen safe, hooked it to his helicopter and is getting away. Give chase with Batmanâ€™s powerful Batwing and Commissioner Gordonâ€™s police car. Steer clear of the helicopterâ€™s flick missiles and fire back with the Batwingâ€™s city shooters and other cool weapons. The action never stops with this this brilliant building set. You must take down the helicopter and capture The RiddlerTM before he escapes with the stolen cash and gems! 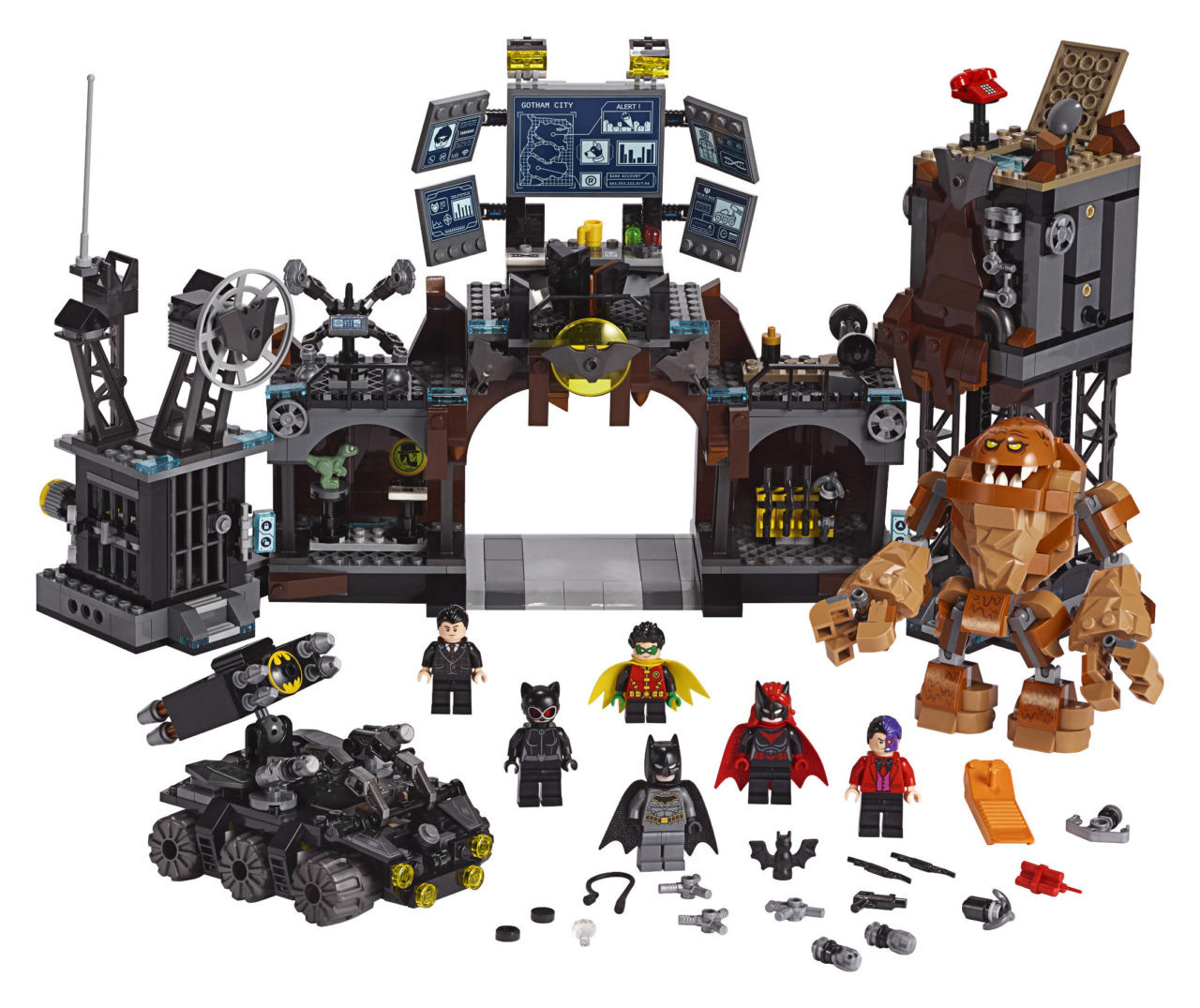 Quick! Transform Bruce WayneTM into BatmanTM to stop ClayfaceTM invading the LEGOÂ® Batcave! Check the Batcomputer and dash to the Bat-TankTM. Fire the Bat-Tankâ€™s flick missiles, hook and stud shooters at the monster. Team up with BatwomanTM to get Clayface to release RobinTM from its huge hands. But watch outâ€”Two-FaceTM is trying to break CatwomanTM out of the jail. You must capture these Super-Villain invaders before they destroy the Batcave! 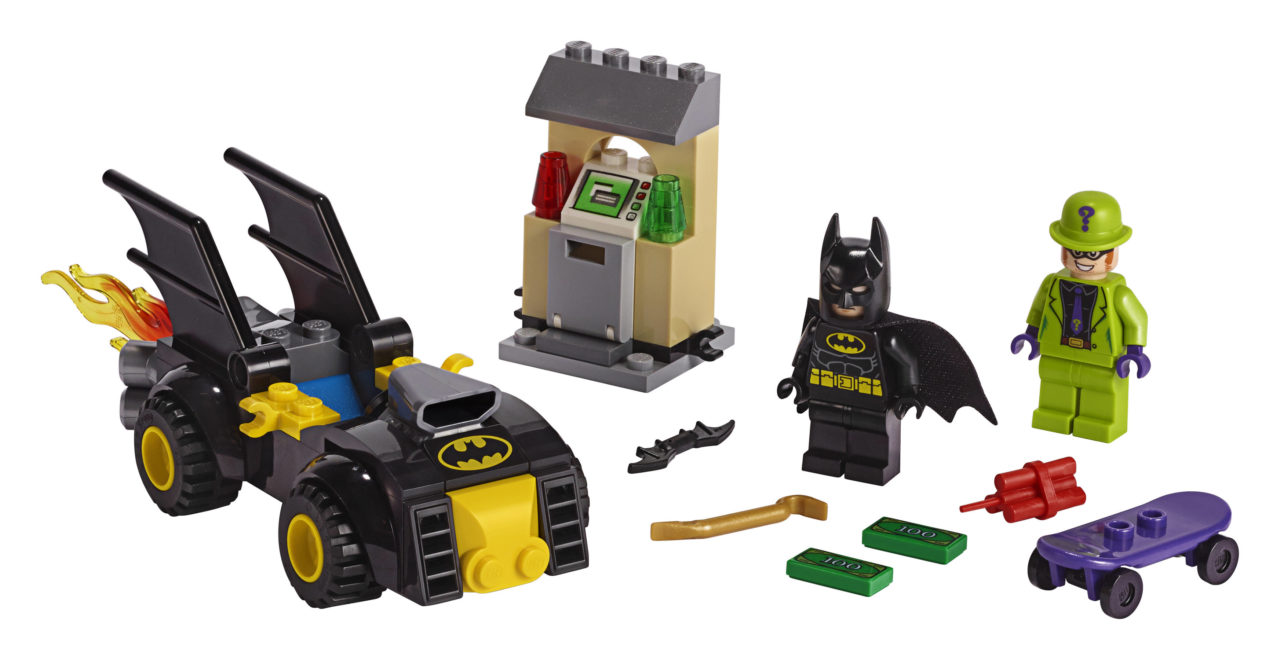 Fun-packed BatmobileTM toy playset for young kids aged 4 and over!

Help BatmanTM stop The RiddlerTM robbing a bank in GOTHAM CITYTM with this exciting LEGOÂ® DC Batman playset! The Super-Villain has stolen from the ATM cash machine and is getting away on his skateboard. Jump into Batmanâ€™s super-cool LEGO BatmobileTM and drive at top speed to stop him. Throw the Batarang to knock over The Riddler and take back the stolen money! 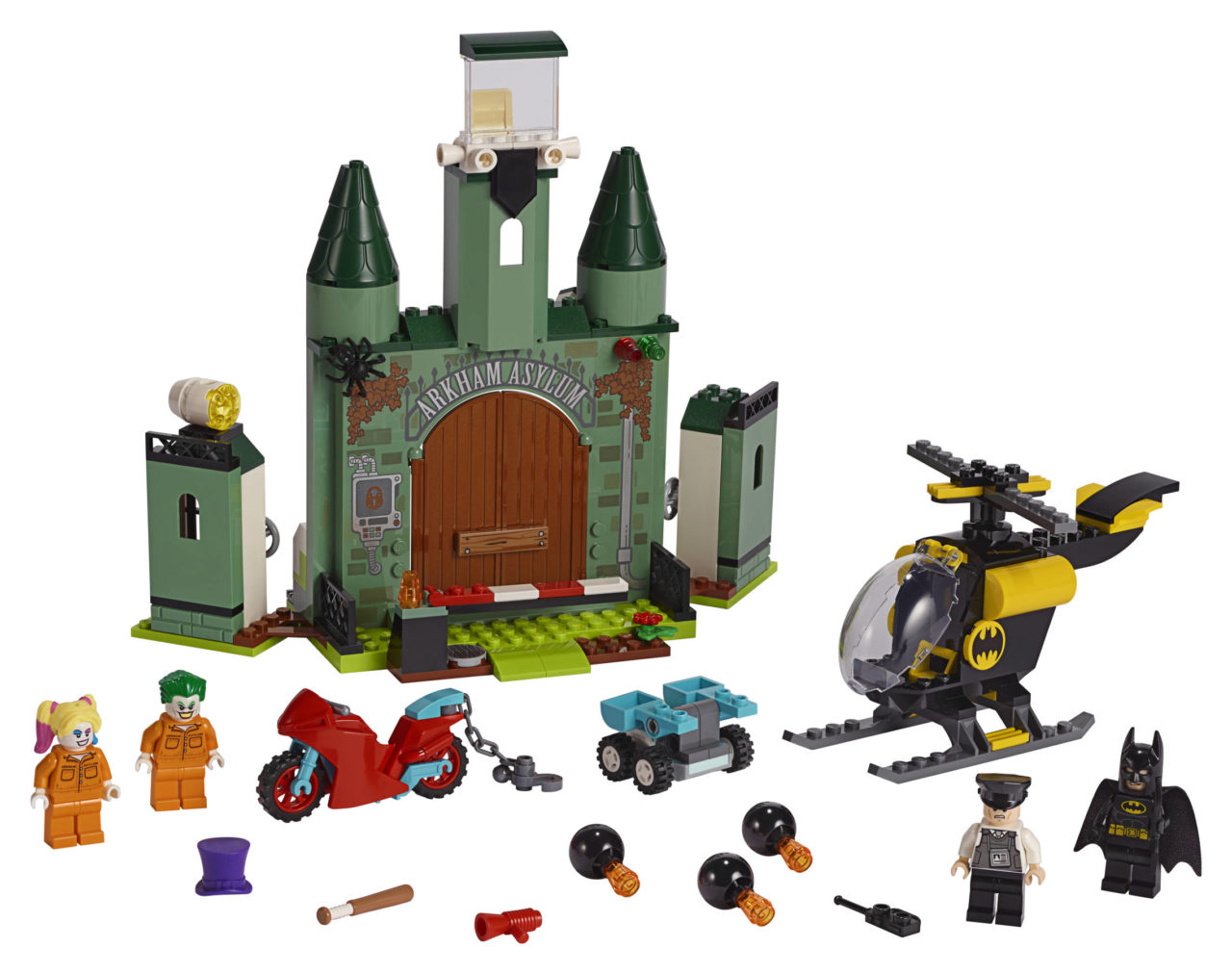 Give a youngster their first experience of fun LEGOÂ® BatmanTM adventures!

Emergency call for BatmanTM! Harley QuinnTM is helping The JokerTM to escape from Arkham prison. Fly to the scene in Batmanâ€™s helicopter. Watch out for bombs launched from the catapult. And stop Harley Quinn pulling down the walls with a chain and hook from her bike. The action never stops with this awesome LEGOÂ® Batman and The Joker building set. You must put those Super-Villains back in jail and save the day!