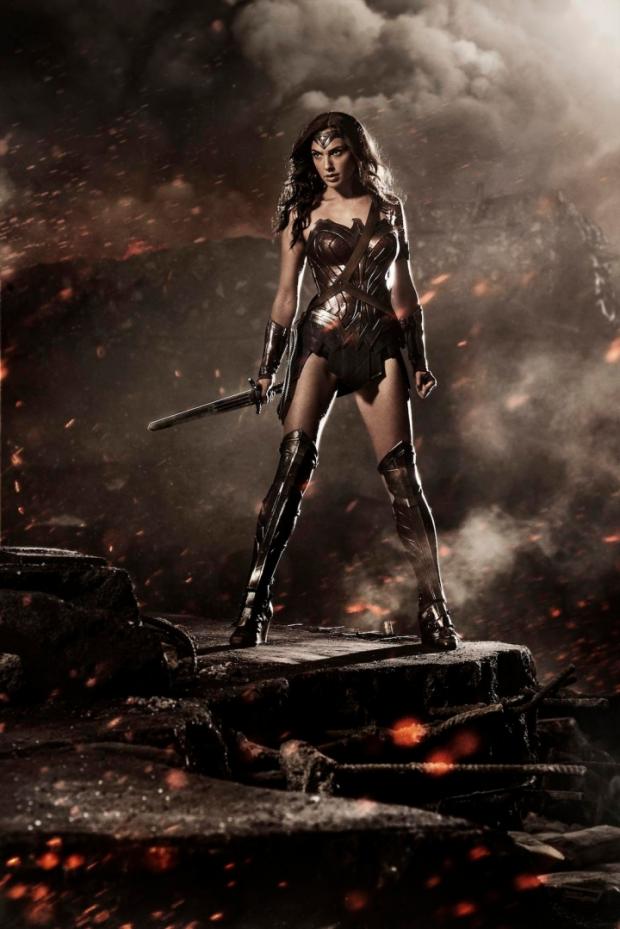 DC’s panel in Hall H today revealed the first image of Gal Gadot in her Wonder Woman costume. This version is more Amazonian battle armour and less stars and stripes, but that fits with where they seem to be going. They also showed the first teaser of from the film featuring Superman facing down Ben Affleck’s caped crusader in an armoured suit much like the one from The Dark Knight Returns. I’m not going to post the leaked cell phone pictures here, but they are out there if you look hard enough.