Let’s get right to it, shall we?

After catching Elekid last week after 764 SOS calls, I was hoping the rest of the line would be fruitful early or net me a Shiny Happiny. Well, neither of that happened. The next Elekid I caught which I turned into Electabuzz buff came at 229 SOS calls. Not too bad and more like a walk in the park after the previous catch. The next one though…

This one, this one pushed the envelop at 902 calls. I would have quit had it crested over 1,000 and gone to do something else but there it was at just over 900 and no Shiny Happiny in sight. These were the only two I caught in Ultra Sun and I think I’m okay with that pace. There’s only so many hours in the day and if two per week is the average, so be it.

Did you go to GameStop this weekend and try and get scratch card for Shiny Zacian? I finally got my code at the third GameStop I visited because the first two ran out and no one at any of those stores knew anything about printing out more codes. I wonder if they were just new and didn’t know how. Some claimed that they didn’t remember having to do this for previous distributions. It could be that the supply of scratch cards was much higher because every store said they didn’t get very many. This promotion is supposed to run until November 11th. Here’s hoping The Pokémon Company sends out more cards. Note to self: get Shiny Zamazenta during my lunch break on November 12th. 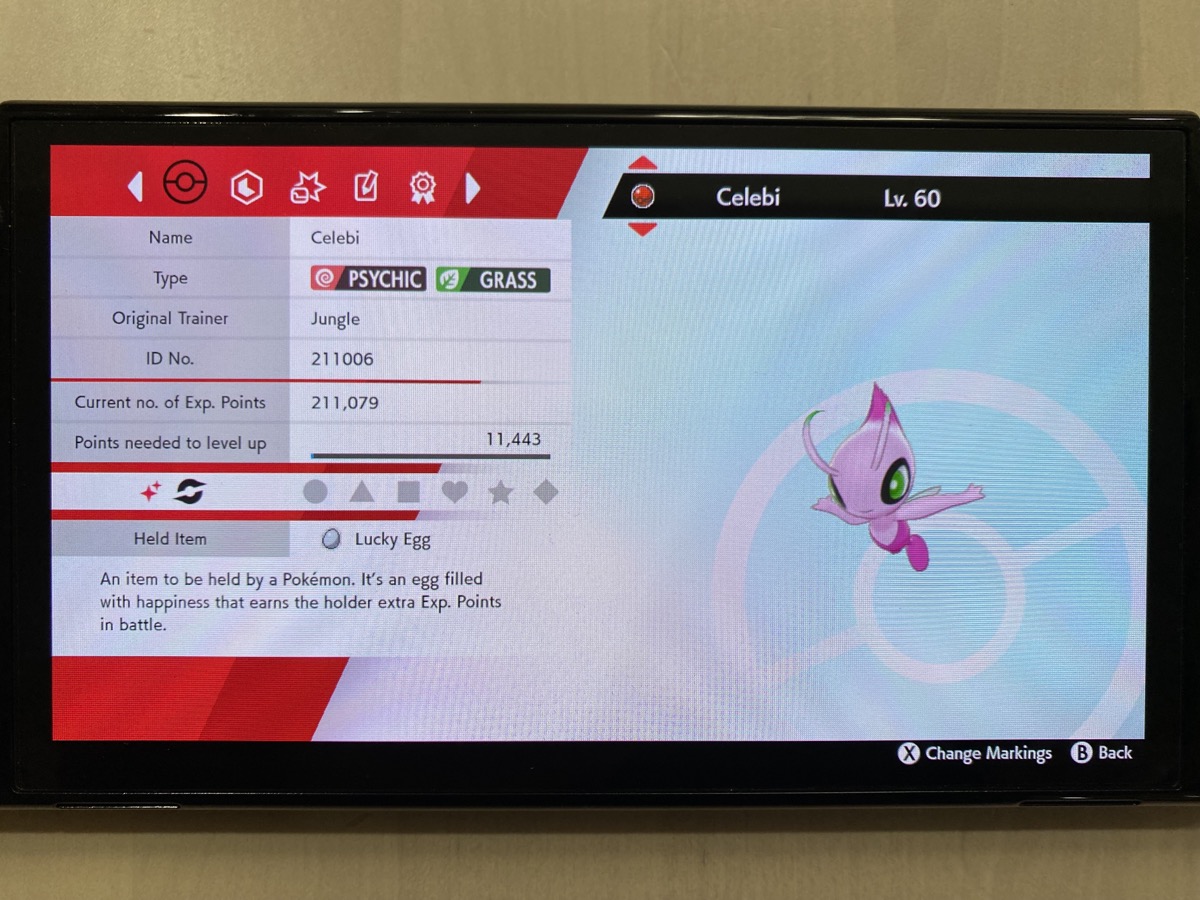 I got some codes a couple of weeks ago from the official Pokémon newsletter for the newest mythical Pokémon, Dada Zarude, and an old mythical Pokémon as a rare shiny, Celebi. I didn’t actually own Pokémon Sword or Pokémon Shield before this weekend. Getting the codes sort of fast-tracked those purchases for me. I have absolutely no business buying new games with my backlog and all. It was a total FOMO-driven purchase and I’m not proud of it but it happened and here we are.

Circling back on the Alolan living shiny dex count, I’m at one hundred fifty-nine down with two hundred thirty-four to go.