The opening weekend of E3, the biggest expo of corporations pretending they’re cool and a contingent of people saying you shouldn’t poke fun at corporations for being sketchy because they’re making games, has come and gone. This weekend brought us three big players, EA, Microsoft, and Bethesda. Next up, Microsoft!

We’re kind of bad at covering Microsoft here. The reason is kind of straight-forward… Ace doesn’t own an Xbox One. I do, but I rarely play games on it… there just isn’t much to bring you to the console that isn’t available elsewhere, in better forms. When there is an exclusive title, I can play it on my PC just fine, thanks to Microsoft’s cross-play, which makes my Xbox mostly a streaming platform for the rest of the family.

I’m admittedly not a big fan of the One, but was a huge fan of the Xbox 360, and still think it had one of the best UIs and user experiences in a console. With the One, though, Microsoft apparently saw every misstep that was made by Sony with the PS3 and Nintendo by the WiiU, and went “Hold My Beer.” It’s long struggled to find an identity, because Microsoft has no idea what they want it to be (hint, it’s a game console, maybe it should be about the games). Unless you’re a huge fan of Gears of War, Halo, and Forza (and I am, to a certain extend, fans of all of those), there’s little reason to get games on the system when you have other options.

All of that aside, Microsoft’s conference wasn’t bad at all; there weren’t any huge knockouts, but there was a lot of focus on games. A lot are games that will be available elsewhere, compounding the problem, but we got to see them first. The biggest, for me, has to be Shadow of the Tomb Raider. I know that Ace feels similarly about this game, but it’s exciting to see the third installment of what’s been a great series. It looks like it’s getting even deeper into the “Tomb Raiding” part of the game, and taking some queues from Uncharted… and those are actually great. Not sure what platform I’ll get it for yet, but I will be getting it.

Of course, when it comes to exclusive, nothing is bigger than Halo, and we got that with the announcement of Infinite. The last Halo was a fine, though not overly memorable (given that I’m having problems recalling what it was even about)… and the trailer doesn’t tell us all that much. There was also the sequel to Ori and the blind Forest,Â Ori and the Will of the Wisps, which had been announced previously, still looks great, and is still coming next year.

It did seem that they were leaning a lot more into the exclusive camp, given the announcement that they acquired four studios directly: Ninja Theory, Playground Games, Undead Labs and Compulsion Games. If you’re a fan of the Forza Horizon series (and you should be, it’s great), you’ve likely heard of playground. Ninja Theory is another one that people are probably familiar with through their work, if not their name. They did the loved/hated DmC release, and more recently, the incredibly designed Hellblade: Seluna’s Sacrifice (a game that deserved far more attention than it got… and should be played with headphones). Undead worked on State of Decay, which I can’t tell you much about, and Compulsion Games has been working on We Happy Few for some time, which looks really interesting, but is more of a niche title.

Crackdown 3 got announced, a game that’s silly like what Saint’s Row became (RIP, Saint’s Row, I loved you so), and now features 100% more Terry Crews. I’m fully on board with that. Forza Horizon 4, which had been leaked heavily before now and everyone knew was coming, was shown, taking the series to the UK. I love the Horizon games and will play it, though will also say that 3 was the weakest of the series. I’m hoping they can right the ship (and give me more rally races). 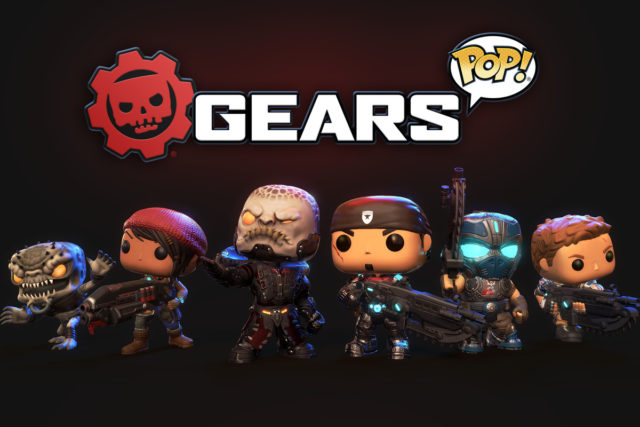 The big player at the event, though, was really Gears of War, Microsoft’s other “big” title. The first release was just bizarre… a Funko-themed Gears of War game. It looked like a joke at first, but apparently is entirely real. Everyone around here should be familiar with the premise, given the profile of LEGO games, but Gears will be a weird fit for it. There was also a strategy game announced, something that has failed to catch on before (see, Halo Wars) in Microsoft properties, as well as a new entry into the main-line Gears of War series, maybe named Gears of War 5. I know Microsoft wants Gears to be as big as Halo, but that will never happen. Gears is a great game, and one worth playing… but it’s simply not going to have that same draw that Master Chief has.

A lot of the other stuff wasn’t exclusive to the Xbox… Fallout 76 got some play, which I’ll cover more in the Bethesda stuff.Â Sekiro: Shadows Die Twice, is a game that looks like Nioh, which was Team Ninja’s attempt to make a Dark Souls game, except that it’s made by From, the makers of dark souls. So… Bloodborninja? I suck at From games, but I’d still probably try it. Metro and the Division are both getting sequels, and that’s all I can tell you about them.

I wouldn’t touch the Division with a 20′ pole after what they did to ruin Siege, the spiritual successor to one of my favorites of all time in Vegas/Vegas 2. Dying Light 2 made a showing, and also a tells-us-nothing sneak that Battletoads is coming back. For those who don’t know, Battletoads is a terrible game that people inexplicably love back from the waning days of the NES. Just Cause 4 also got an official trailer, but it had been leaked a couple of weeks ago.

There were three other big games, though I’ll admit, I only care about one of them. First up, Kingdom Hearts III. I’ve never played a KH game, but know enough about them to understand a few facts:

The game Jump Force, which is a terrible name, came out of nowhere as far as I know, but I bet a lot of people will be excited about it. I’m not one of them… anime isn’t my cup of tea, but a lot of people here do love it. Basically, a fighting crossover game on a lot of properties that make sense to have in a fighting game.

The last of the big ending trailers is the one I care about the most, Cyberpunk 2077. Not because I like Cyberpunk… I really don’t care about it one way or the other, but because it’s being made by CD Projekt RED. They made the Witcher III, and I’ll play almost anything else they make because of that. The game looks incredible, and they put love and care into what they make.

There were other things and trailers in there as well, but Microsoft did a pretty strong showing. Like I said, few surprises that just blew me away, but plenty of games I’ll want to play. It just remains to be seen if I want to play them on an Xbox…