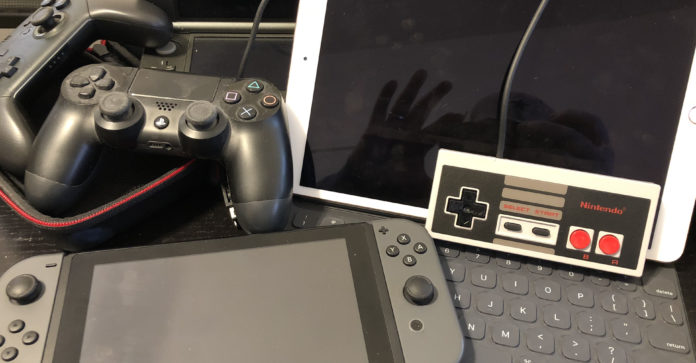 Ace and I shared a lot of experiences over the holidays, despite being in completely different parts of the country. We had time off, we spent time with the kids, we were both dying of some sort of plague, and we both spent a lot of our free time playing a lot of video games. Seriously, though, I questioned what power I offended with the cough and fever that has knocked me down the past week.

Luckily, I own several devices that let me play games on my back and out of one bloodshot eye, so I was able to maximize my unproductive time. This one will be all over, and shine a light on just how much of a video game problem I have, but hey, you should know what I’m like when I start writing by now!

Also, sorry Xbox One fans… I own one, but won’t be featuring any titles here. I don’t think I’ve spun up a game on it in the last six months, and not much that’s enticed me to go back at it.

Legend of Zelda: Breath of the Wild and its DLC (Switch)

I was a bit late to the Switch game, waiting for the library to develop out a little bit before I dropped money on the console. Maybe it was a mistake, maybe not… but what I saw of Super Mario Odyssey, along with the release of titles like Golf Story and Stardew Valley made it clear it was time to pick one of the consoles up.

When I picked it up, I bought Breath of the Wild (like pretty much everyone else with a Switch)… and played it for a bit. It didn’t grab me right away. Despite what aÂ very vocal segment of the internet says, it’s not the best Zelda game ever (that’s A Link to the Past in my book), and not even the best game on the system (see my next entry for that). But it is an excellent game that will eventually get its hooks into you.

For me, the problem was that the start of the game is slow and kind of painful, and the underlying mechanics of how weapons work and break needs a few more passes of refinement to make it work a bit better. Durability is an interesting constraint mechanic, but other games have done it far better (the Fallout series, for example). The mechanic in this game makes it so you never want to use your best stuff… you almost hate getting it because you’re going to hoard it unless you absolutely need to use it. I don’t think it ruins the game, but I think it could have taken some tweaking time.

When that gets mixed to your 3 hearts, stamina meter that makes no sense (he’s the hero of legend, but he tires out faster than my fat and old self), and weapons that break because a leaf fell off a tree three miles away… the game frustrates you at first. Play through that, and to the first Divine Beast, though, and you get a game that still has me playing it months later. 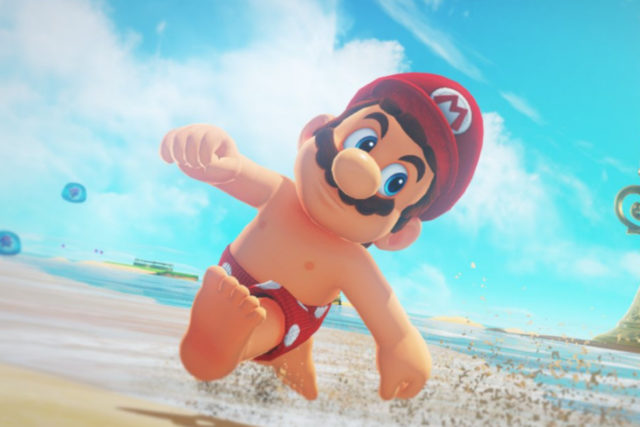 I’m far more of a 2D mario player. I wasn’t a huge fan of Super Mario 64 (I spent most of my time on that console with Smash Bros., GoldenEye, and Ocarina of Time), but I quite liked Sunshine on the GameCube in spite of all of its weirdness. After that, I skipped the Wii and WiiU entirely, only owning a portable Nintendo console and not playing much on it. My time with the mustached plumber has always been on the 2D side… dating back to the original on the NES (I still own my combo cartridge with Super Mario Bros. / Duck Hunt).

I hold Super Mario Bros. 3 and Super Mario World as two of the best games of all time… not just Mario games but all games. Those are probably two spots on my personal top 10. Super Mario Odyssey won’t ever displace those in my heart, but you can just see the reverence and spirit of those games, andÂ all other Mario titles, running through it. And unlike the frustration I saw with Breath of the Wild at first, Mario hits the ground running and rewards you for playing right out of the gate. At the same time, though, it never feels like you aren’t actually working for them… it’s just tied into the game at every level.

The primary rule when they designed the game seemed to be if you see something and think “I wonder if I can…” then you absolutely can and the game will reward you with something for it. It’s covered in charm and style, and is so tightly designed that it’s just a joy to play at every stage and step. More than that, there’s so much variety and differences between the different stages, you are constantly seeing new stuff. In short, this is the game that justifies having a Switch, and the game that made me fall in love with Nintendo again. 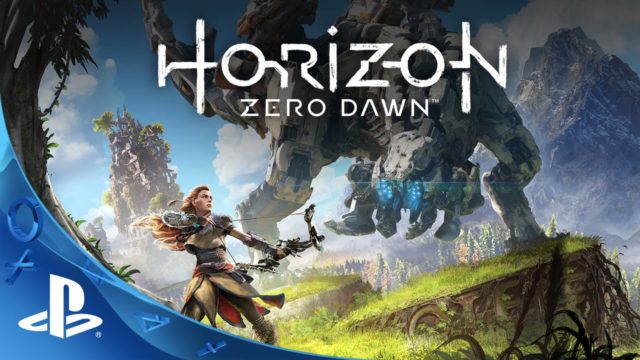 I purchased Horizon Zero Dawn immediately when it came out, and put a whole ton of time into it… but never finished the main story. I still haven’t, even getting some time off to play it. The problem is that the game is a wonderful mixture of addictive and beautiful… it’s an open-world game that doesn’t have you repeating the same thing over and over, and does enough to mix it up with enough to look at that you simply want to do every single quest that’s available.

It’s a stunning game with a good (but sometimes weird) story, that ultimately boils down to you fighting robot dinosaurs. It wasn’t a game that invented much new, but it took everything and just polished and assembled it into something more than the sum of its parts. If you own a PS4, you should absolutely have the system… and if you don’t, it’s a game worthy of getting the console for (plus there are a lot of other great titles to help justify that purchase). 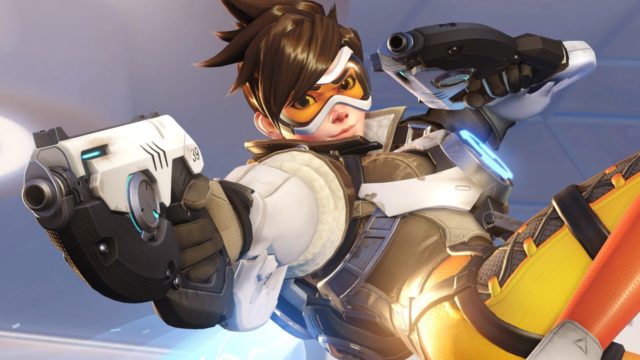 Sad reality of how I got into Overwatch… I purchased the PC Collector’s Edition of the game because I wanted the minipet in World of Warcraft, and a store near me had it on sale for a deep discount. Technically, I still play World of Warcraft (but didn’t feel like putting it on the list), but Overwatch has become a staple of my gaming time every week.

It’s certainly not a perfect game… the loot box thing is frustrating, and they are the ones who sort of opened that particular floodgate into the mainstream. At the same time, the game itself is still good without ever playing that game, unlike festering piles of garbage that were Shadow of War and Battlefront 2 – ruined by loot box mechanics. But it’s fun and fast, and the type of game that I can pop in for 10 or 20 minutes and get a few rounds in. 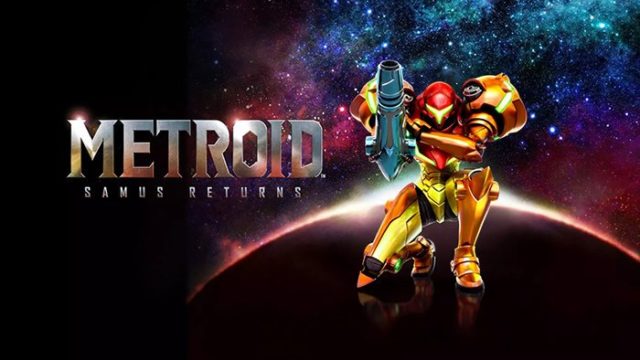 I had Metroid: Samus Returns for awhile but just hadn’t had the inkling or chance to play it until recently. If you are a fan of the classics on the NES or SNES, this is a game you’re going to immediately recognize and enjoy. It’s actually harder than either of those two, or I’ve just gotten old and don’t remember how to play games like this.

This is a remake of a Game Boy game that I know I played as a kid but really don’t remember. My Game Boy was mostly Tetris, Super Mario Land, and the Final Fantasy Legends / Final Fantasy Adventure games. It’s also kind of an odd duck in the series, in that it’s probably the least remembered, but it’s so crucial to setting up the story of one of my other favorite games of all time, Super Metroid. The whole plot of this is what sets up everything in the SNES game… yet far fewer people have played it than who played the NES and SNES titles.

Still, it’s a very solid 3DS platformer, and looks gorgeous in 2D or 3D (I almost always just opt for 2D)… plus gets some solid game play updates that make it feel a lot more modern and fresh than most classic Gameboy titles.

The Legend of Zelda (NES Classic and 3DS Virtual Console) 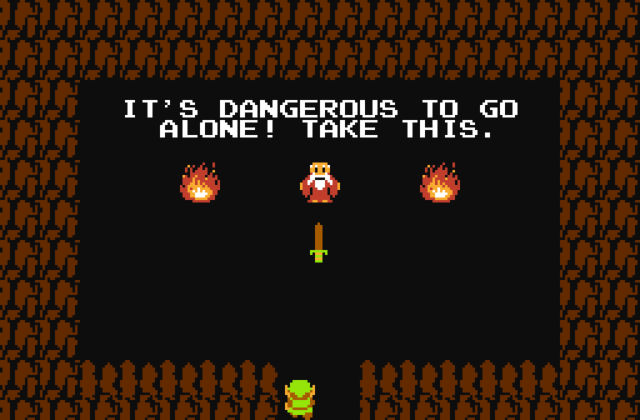 I didn’t get a Classic NES when it first came out… honestly I didn’t even really try to get one. I have a stack of Raspberry PIs and many adapters sitting around. Also, my wife still has the NES from her childhood in surprisingly good working condition, and I own this game (sadly its not my gold original). Yet I had the opportunity to get one from a friend who was eyeing one of my sealed LEGO sets I was looking to get rid of, and we made a trade.

It was my playing Breath of the Wild, and feeding an insidious affliction of Amiiboitus (not fatal, but expensive and sometimes frustrating), that got me playing some of the older titles. I played this when I wasn’t much older than my daughter, in the days when hints came in the form of friends during recess, Nintendo Power magazines, or 1-900 number calls and several weeks of lost allowances and yelling from your parents. It turns out the many, many,Â many hours I spent playing this game as a child left an impression, and I still know my way around most of the dungeons and where a lot of the secrets are.

NES-era games are known for being punishingly hard, and having put on a few decades since this came out hasn’t made me any better at it… but they were also fun and surprisingly deep in their complexity. I don’t remember what I ate for lunch two days ago, but I can still hum out the entire opening theme song for this and remember the letter and at least three hidden heart containers are once you find some bombs. 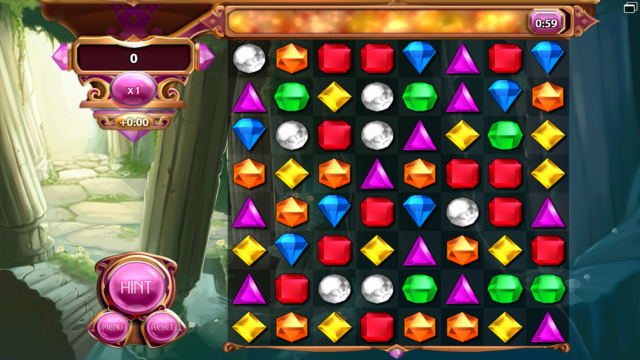 This is a bonus review that my daughter wanted to include. I’ve been trying to find a game she can play and enjoy without getting frustrated (she’s five). She loves playing games, but at her age, that usually means that I have to sit there and help her every couple of minutes (which means I can’t play whatever I’m trying to play). This game, however, she just latched on to and has a lot of fun playing it without getting upset.