Ah, Microfighters… I feel sorry for you. You’re like a rebound relationship, unfortunately, and so many of us aren’t over the sting of losing the Planets series for you. It’s not really your fault, it’s just that everything you do is always going to be compared to those glorious little orbs of swirly colors. It’s kind of a shame, really. If we weren’t so stung by the fact that we miss planets, we could look back and see that they weren’t really the right series for us. Sure, the minifigs were cool, but there weren’t hardly any cool parts and most of those spheres now sit in a bin that we totally swear we are going to use someday.

Okay, in truth, I wasn’t shocked at all to see Planets go. They languished on shelves, distribution was sketchy at best, and LEGO was hampered by poor distribution and marketing choices for it. Microfighters, as a line, makes a whole lot more sense. It capitalizes on the chibi look that the kids seem to love, it gives a better variety of parts, and there’s a lot more options for what these can do. With Dimensions showing up soon, I wouldn’t be shocked in the slightest to see these things suddenly morph into a Star Wars version of the game (and triple in price). There seems to be a tabletop game just screaming to get made with the existing line.

I reviewed a couple of these sets in the first wave, the Clone Turbo Tank and the X-Wing, while Ken handled the Falcon and the AAT, and the reviews basically ran the spectrum. Or, rather, droid sets bad, unique figures good, which I guess really isn’t a spectrum. The second waveÂ was a similarly interesting mix, but didn’t have any unique characters in it like Han, making all of these sets potential army builders. In reviewing 75074 Snowspeeder, I was struck by the absurdity that the $10 microfighter snowspeeder was probably a more accurate, and better value, than the minifigure scale version of the set that’s also out.

Okay, to be fair, I haven’t actually purchased the 75049 Snowspeeder, mostly because it looks ugly and seems expensive, and because as a collector since the start of Star Wars LEGO, I just have a bajillion snowspeeders. I probably have more than the Rebel Alliance had at this point. The small guy, however, had a new pilot design (who I assume isÂ Zev “I Found Them!” Senesca) and a couple of round grill bricks. Certain parts out there just get me to buy sets I normally wouldn’t, and round grill bricks (as well as the brick pattern regular bricks) are up there… I’m not exactly sure why. 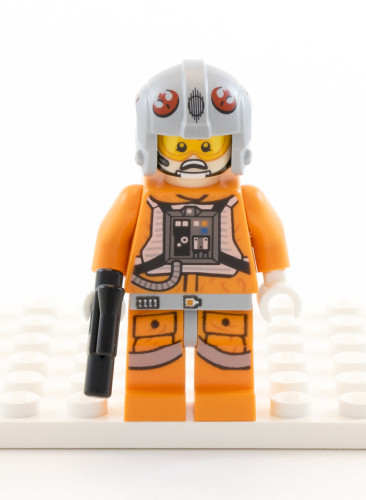 Someday, I should inventory how much of Red and Rogue squadron we have in minifigure form. I’m sure there’s a list, somewhere, but that’d take the fun away from me actually searching for them. I love Rebel Pilot minifigs (how can you not love these guys), so it’s cool to have variety in them. Some day, I will build that briefing MOC and all of these orange suit guys will have their place. 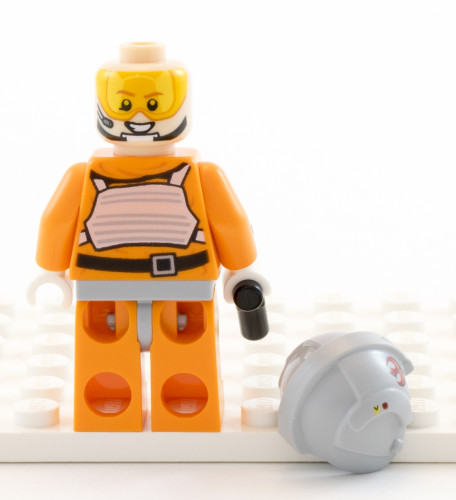 His face was done really well, actually, since somehow they managed to get him to look… stout (something I can appreciate)… without resorting to an absurd number of lines on the face. The helmet is great, with little details that make the rebel pilot helmets so much fun, and adding the straps to the legs is a good touch as well. 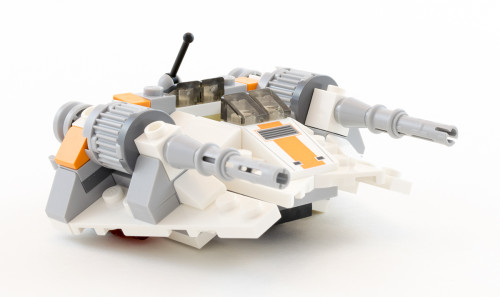 The snowspeeder itself isn’t bad, and probably does a lot more to give a classicÂ look/feel than any of the recent sets have done. That’s somewhat shocking, given that it is so stylized and Chibi-esque. Honestly, for most of these sets, I’m going to judge them based less on how I like them, since they’re never going to be displayed on my shelves, and more on how my daughter likes them. 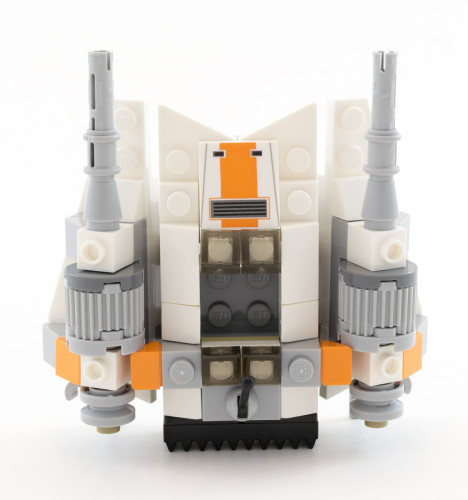 This particular set got zoomed around a little bit, called a rocket ship, and then put down. It lacks wheels, and she really likes wheels. More than that, though, the flick-fires are well hidden under the ship wings, which is good for display, but doesn’t work well as a play feature. There are a few decent parts here… the printed slope, the grill bricks (which aren’t nearly as rare), round plates, orange cheese slopes, a few wing wedges.

We’re going to review a few more of these, and they’ll be a bit short compared to our other reviews (mostly because they’re all $10 sets). This isn’t a bad set, but after building some of the others, it’s not the greatest.Â These work better than the Planets set did as impulse or filler buys, and feel like they have a lot more substance. There’s something inherently playable here, but compared to the others, this one sort of misses out. I like getting a custom feature, and for parts, it’s decent, but the Starships have all generally been better for play. The Resistance X-Wing was claimed by a four-year-old as soon as the pictures were done, and this shipÂ is still just sitting there waiting to be taken apart. I’m going to call this aÂ three out of five. Good, but not great.

Verdict: 3 out of 5. You can pick up 75074 Snowspeeder and the rest of the Microfighters line right now on Amazon.com, typically carrying a little bit of a discount. 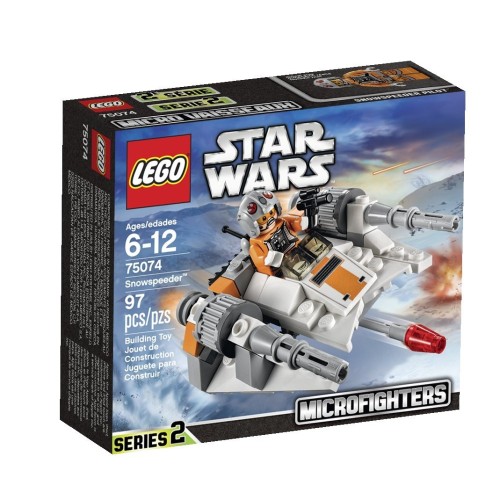