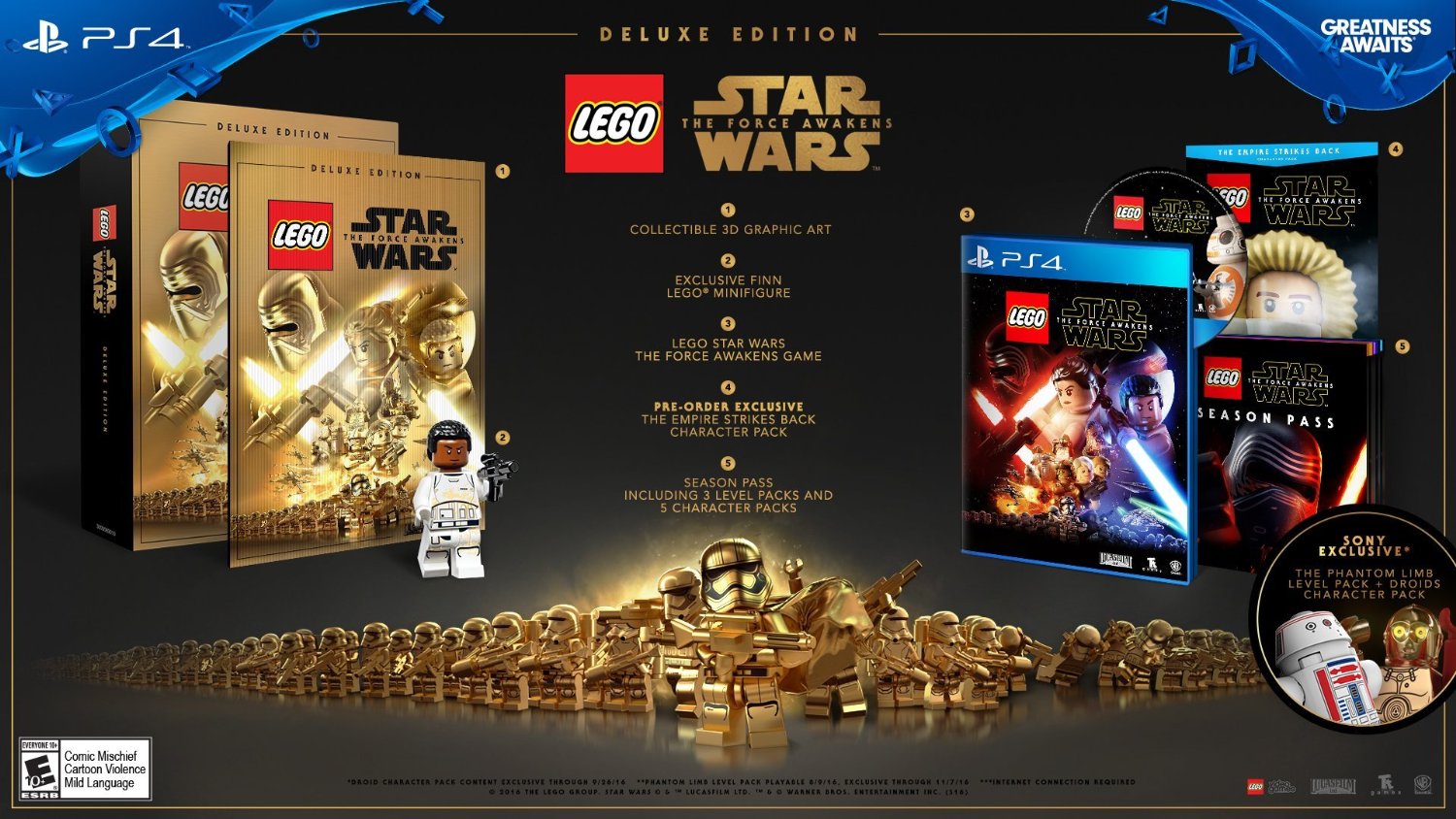 Playstation 4 owners: if you were on the fence about picking up LEGO Star Wars: The Force Awakens video game you can now try out a free demo of the game. Simply visit the game’s page on the Official US Playstation Store and click on the “Try Free Demo” button. You’ll need to sign in if you’re not already. Or search for the game from within the store interface on your PS4 console. The demo is also available on the Europe Playstation Store, and the Australia Playstation Store. I couldn’t find it on Japan’s store site, but then again I don’t speak the language.

The game comes out on June 28, 2016. You can pre-order the deluxe edition and get a free Finn as First Order Stormtrooper with dirty sand stains on his Stormtrooper armor because he just woke up on Jakku after crashlanding there polybag. And yes, that is the official title of the polybag. If you’re a Prime member, pre-order from Amazon to get 20% off the list price and free release day delivery. The deluxe edition will also net you fancy 3D packaging, season pass which will include all three level packs and five character packs, and immediate access to the Empire Strikes Back character pack. PS4 editions will also immediately get The Phantom Limb Level Pack and Droid Character Pack, something Xbox One owners do not get.