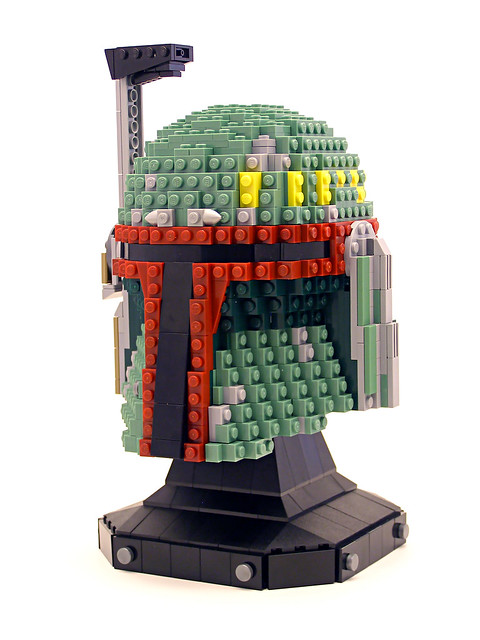 In some ways Boba Fett is the Elvis of the Star Wars Universe. His outfit is instantly recognizable, he partied like a rock star, died in a humiliating fashion and yet many of his fans refuse to believe that he’s really dead. Legohaulic’s Bust of the galaxy’s greatest bounty hunter is a excellent build at this small scale and a fitting tribute to the character who could also be looked at as the SWU equivalent of SchrÃ¶dinger’s cat.