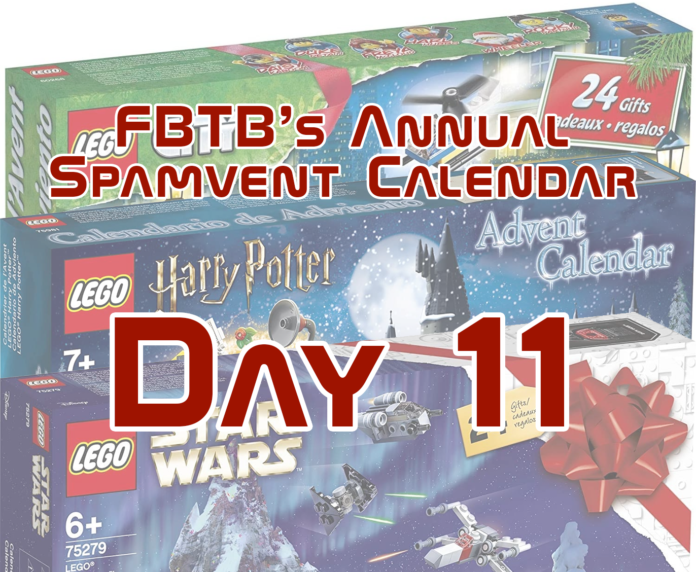 What goes up must come down? Let’s see what today has in store for us. 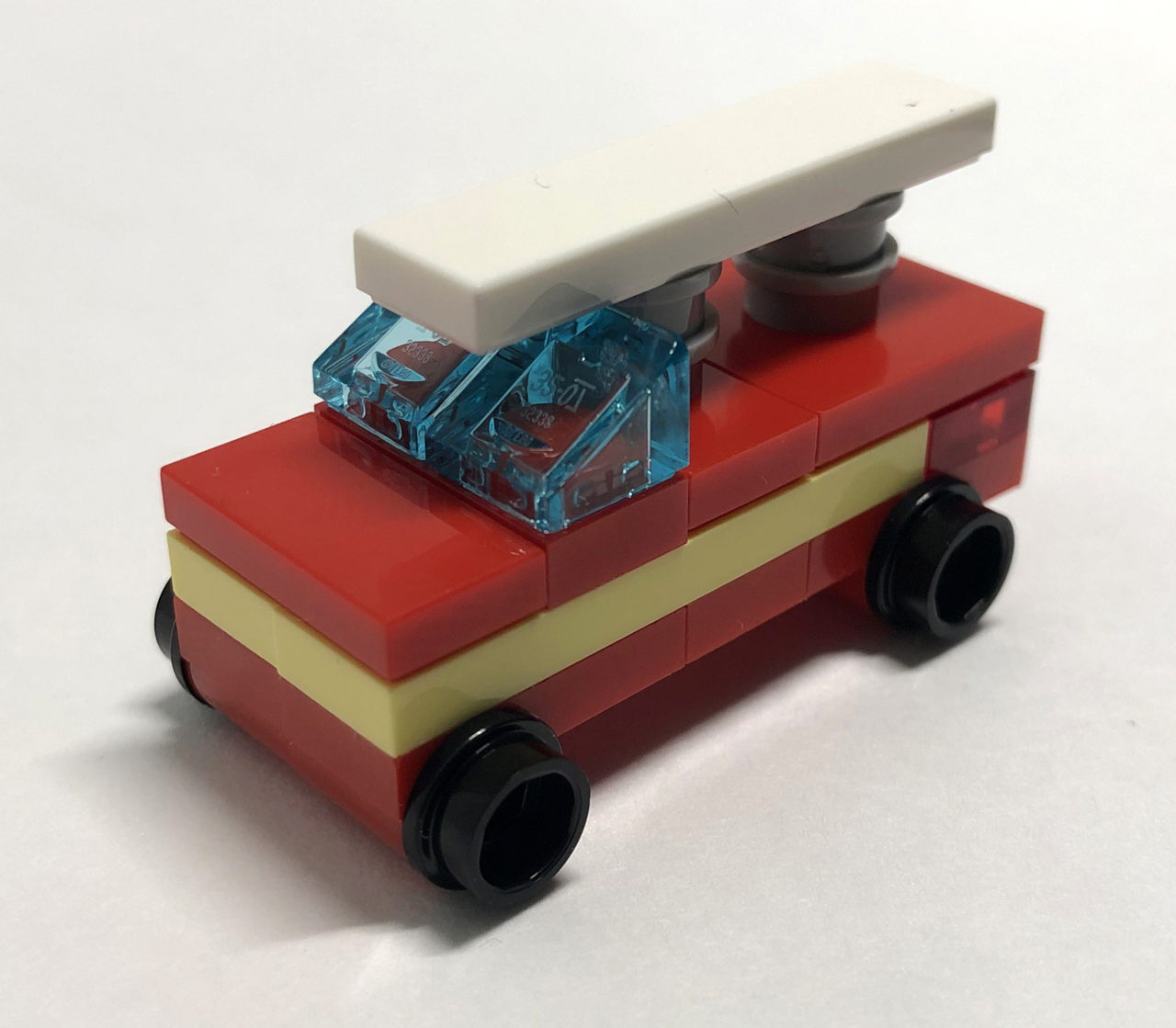 Okay, so… is this a firetruck, a 50s-era Woody holding a surfboard, or maybe one of those annoying trucks that drive around with a sign on the bed, wasting time, gas, and energy? Given the other things, I’d guess Firetruck… and it’s just kinda lame. The scale is wrong, the windshield is in the wrong place for basically anything but old-timey firetruck… and it’s just boring. This is probably the worst day thus far, and a big miss. 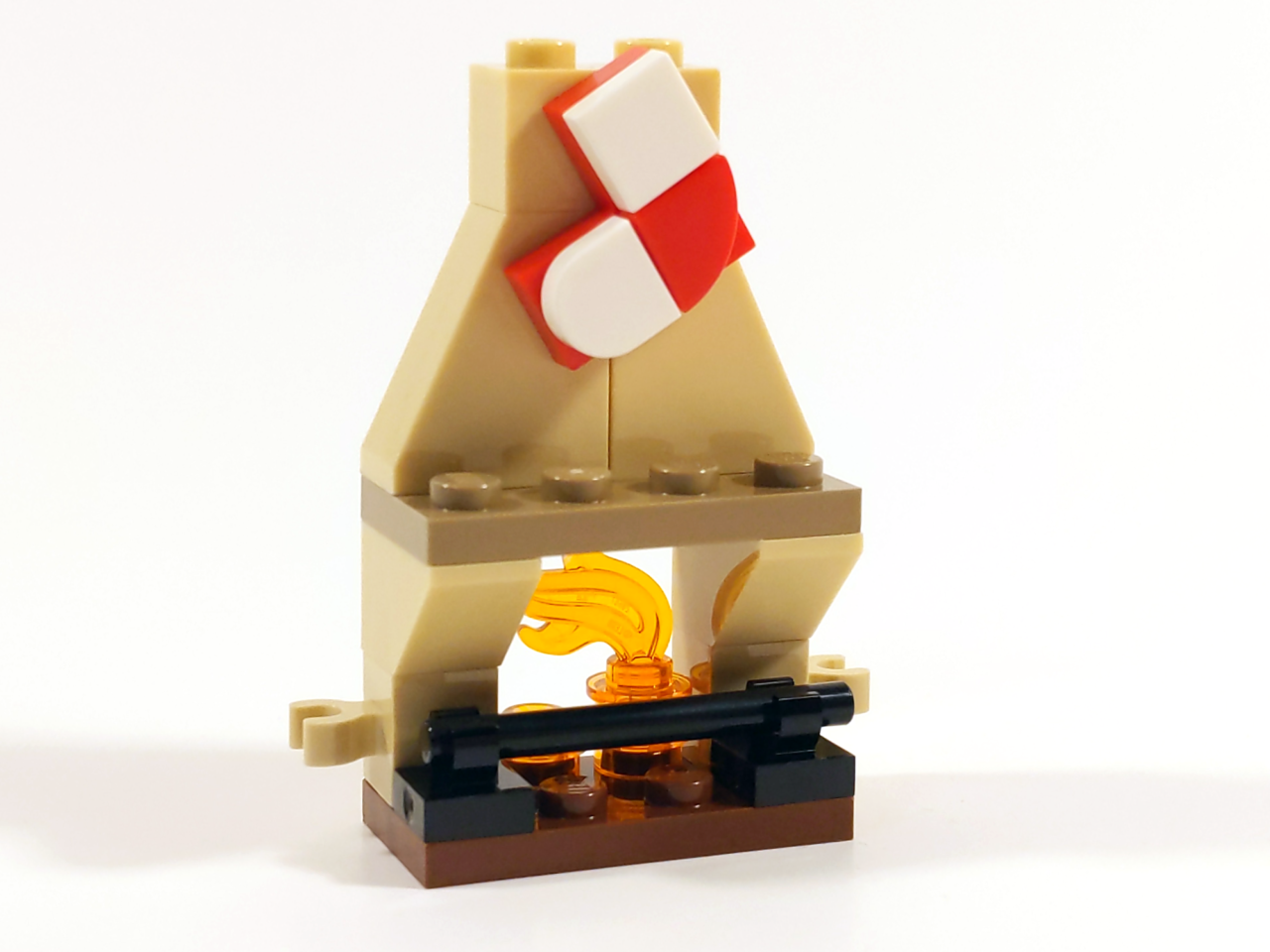 It’s a fireplace. I had to go back and check it wasn’t the same one as last year’s. They’re similiar…maybe a littleÂ tooÂ similar. I gave it a pass last year, but no longer. It’s been a tough year, and I feel a little mean. Do better, Lego! Don’t just put in a fireplace because you feel obligated! 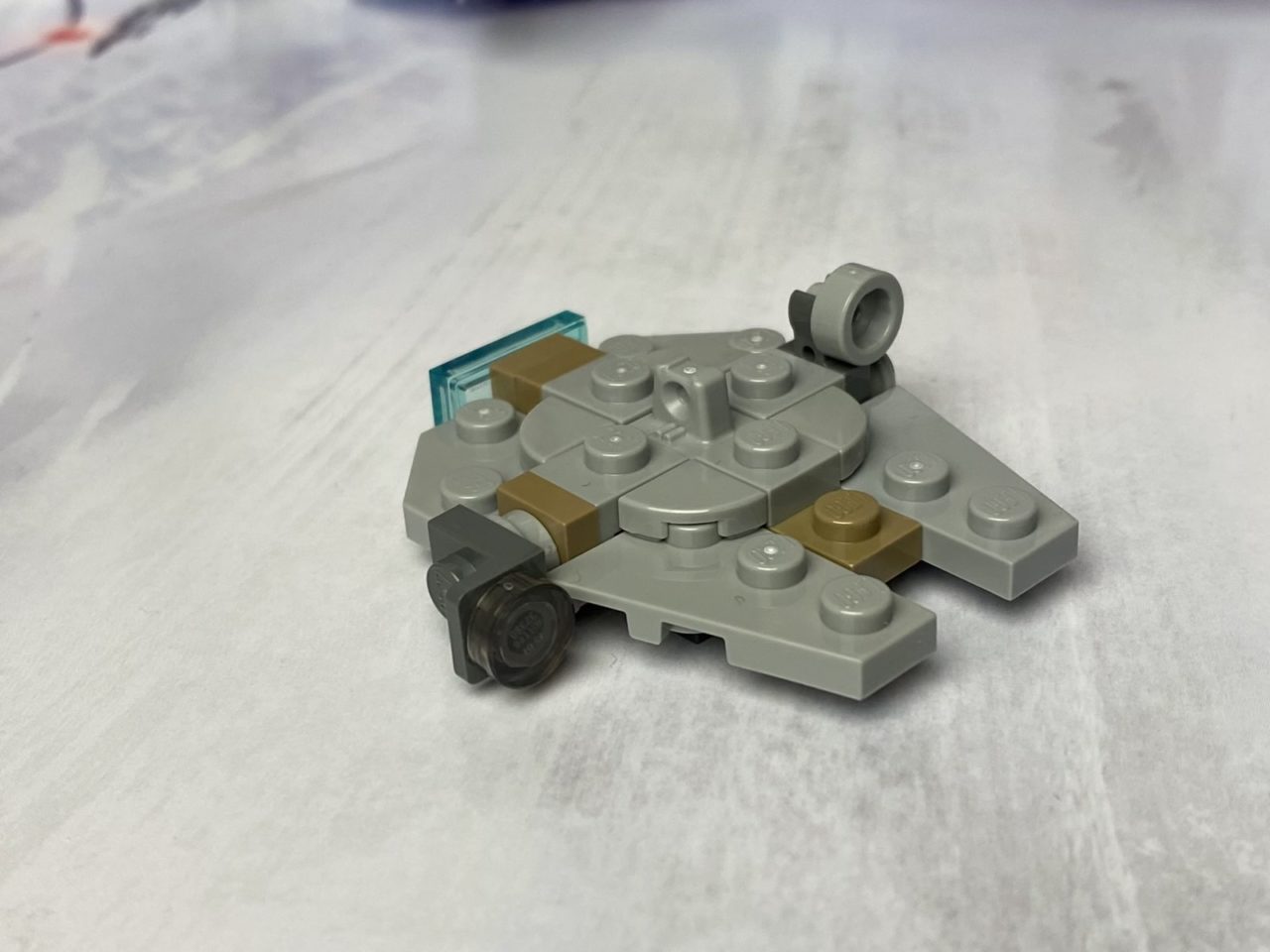 This is supposed to be the Falcon. It’s an ugly Falcon. As much as I like that ship, this is quite possibly the worst rendition ever. The dark tan? The cockpit protrusion could have benefited from a cheese slope. The main engine is pretty horrible. The radar dish is clever though but that’s about it. Yech.