Besides the three large statues and the retail space, LEGO had a pretty cool booth, leading to large crowds and wait times. Those things aren’t necessarily bad because I’d argue that if you aren’t waiting in line half the day while at Comic Con, you’re not having a good time. 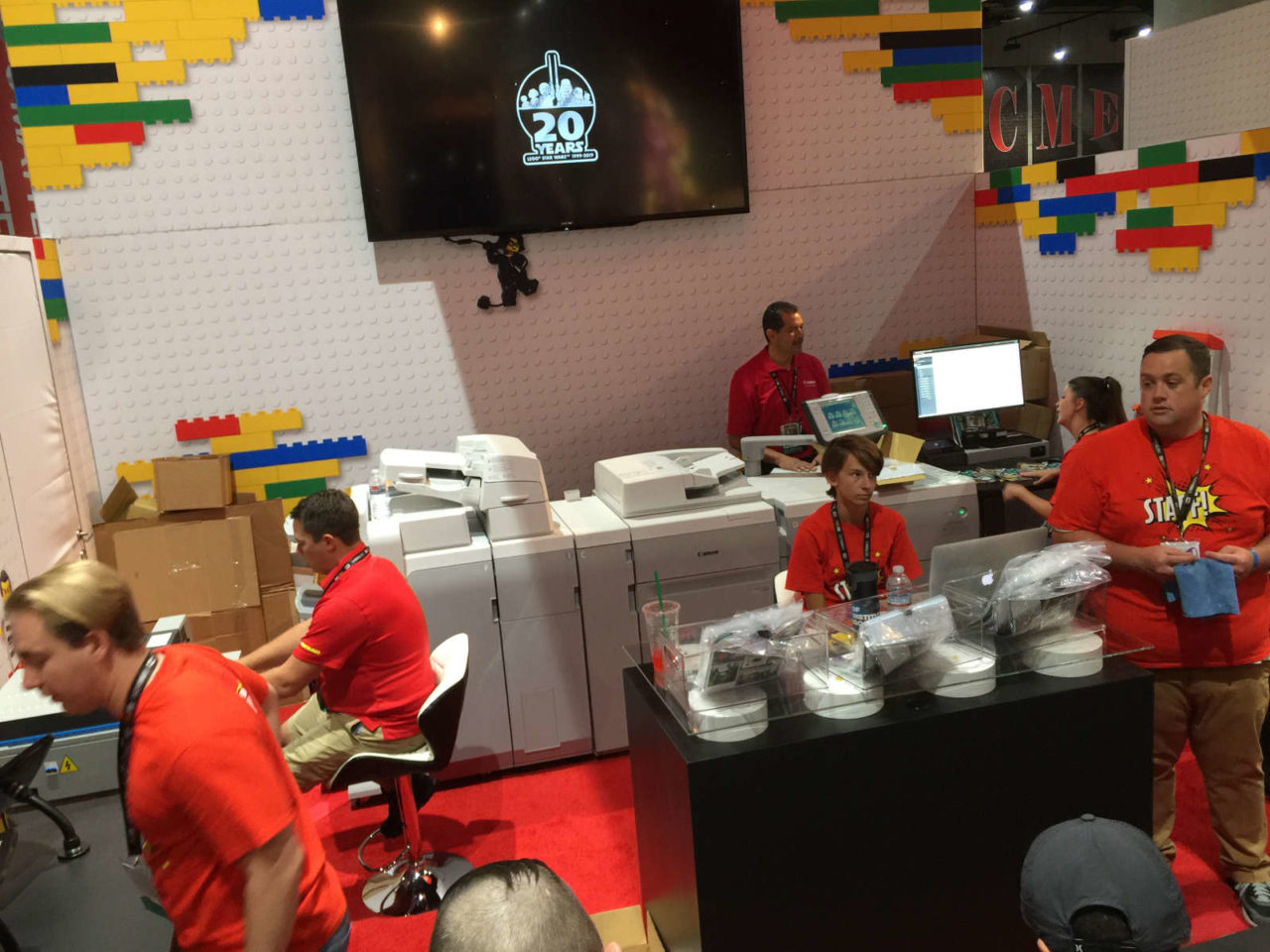 The booth was divided into two sections. The first was a comic book making section. Yes. You can make a comic book. It was a very basic comic where you design your own minifig superhero. After a couple of other personalization options, your story is complete and then you send it to the printer. The printer then prints and binds your book, and then it is handed to you in a plastic bag. 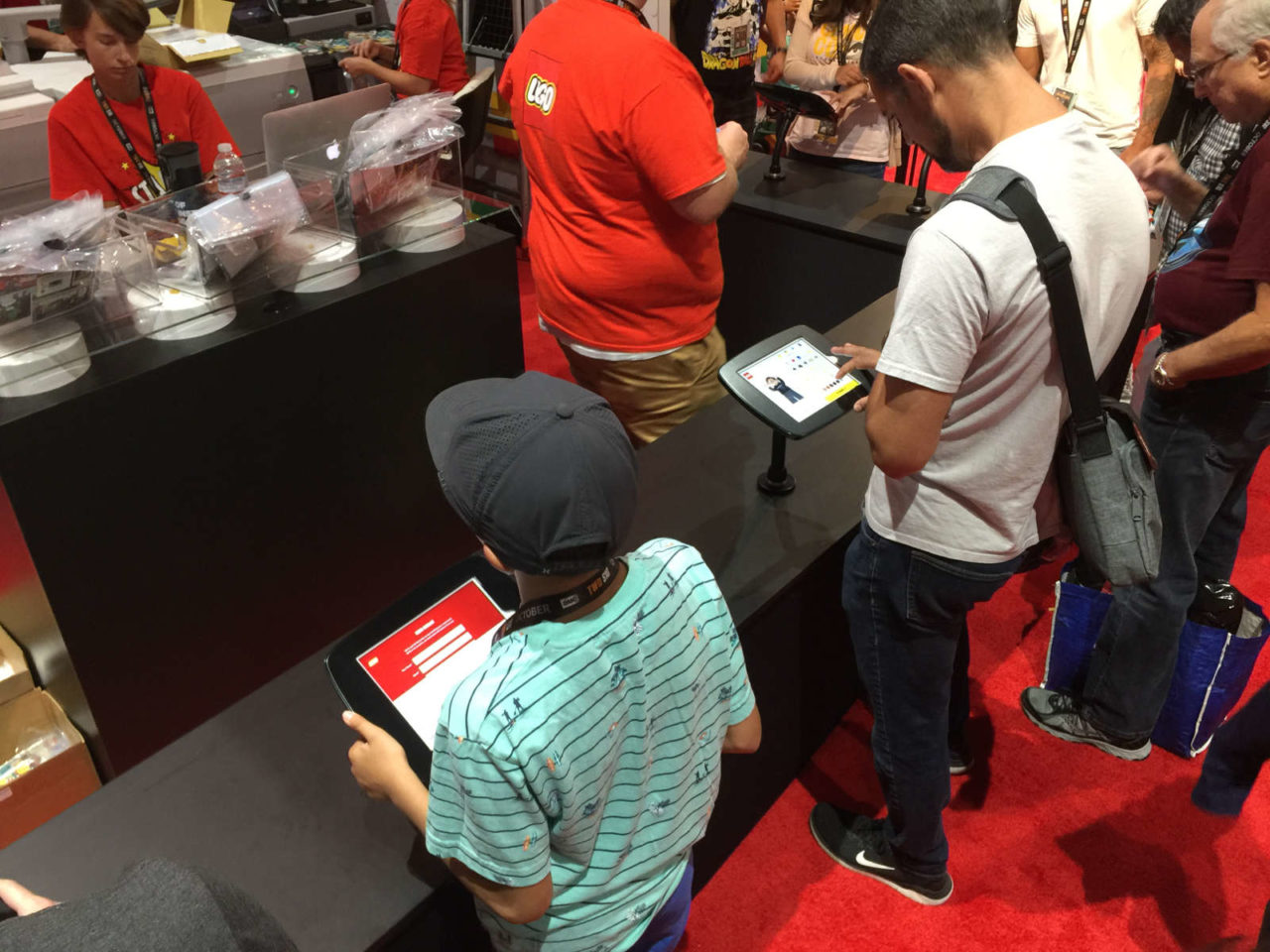 They had a couple of stations going at the same time but the bottle neck was the printer. It chugged along just fine though without any hiccups all weekend. I kinda regret not devoting more time to getting a comic book made. Or even getting a better picture of the final product. 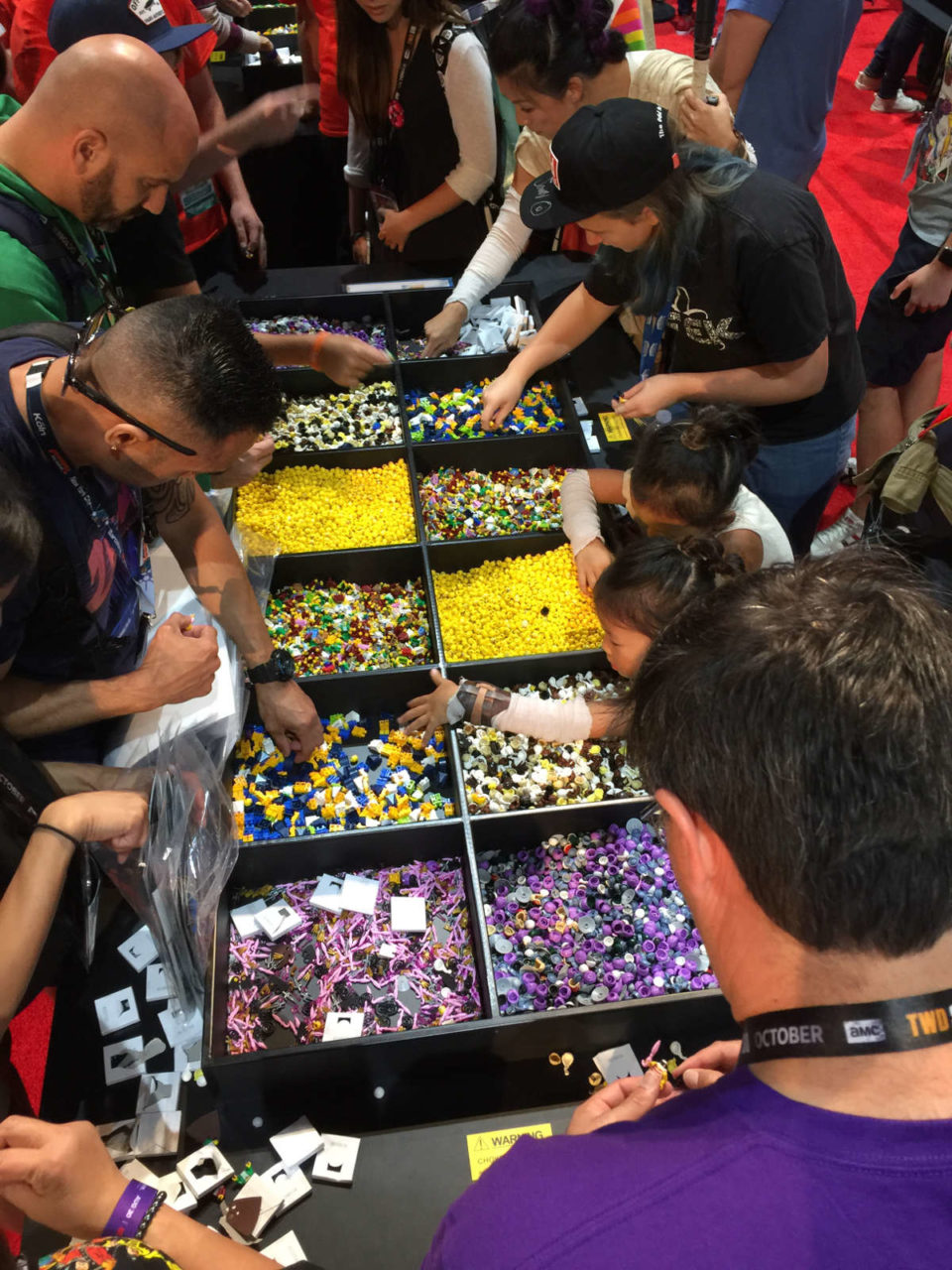 The second section was a two parter. The first part had you create a minifig from a selection of parts at their minifig bar. Then, you had the opportunity to take your minifig and place it in any of the pre-built dioramas and take a photo.

The dioramas were built by a panel of Master Model Builders and other artists including friend-to-the-site and artist Brandon Griffith and Certified Professional Nathan Sawaya. And you know what I really appreciate? I appreciate the fact that LEGO gave the artists credit and gave information to one of their social media accounts.

One of the biggest surprises of the minfig bar were the three Comic Con exclusive minifig torsos you could choose from. 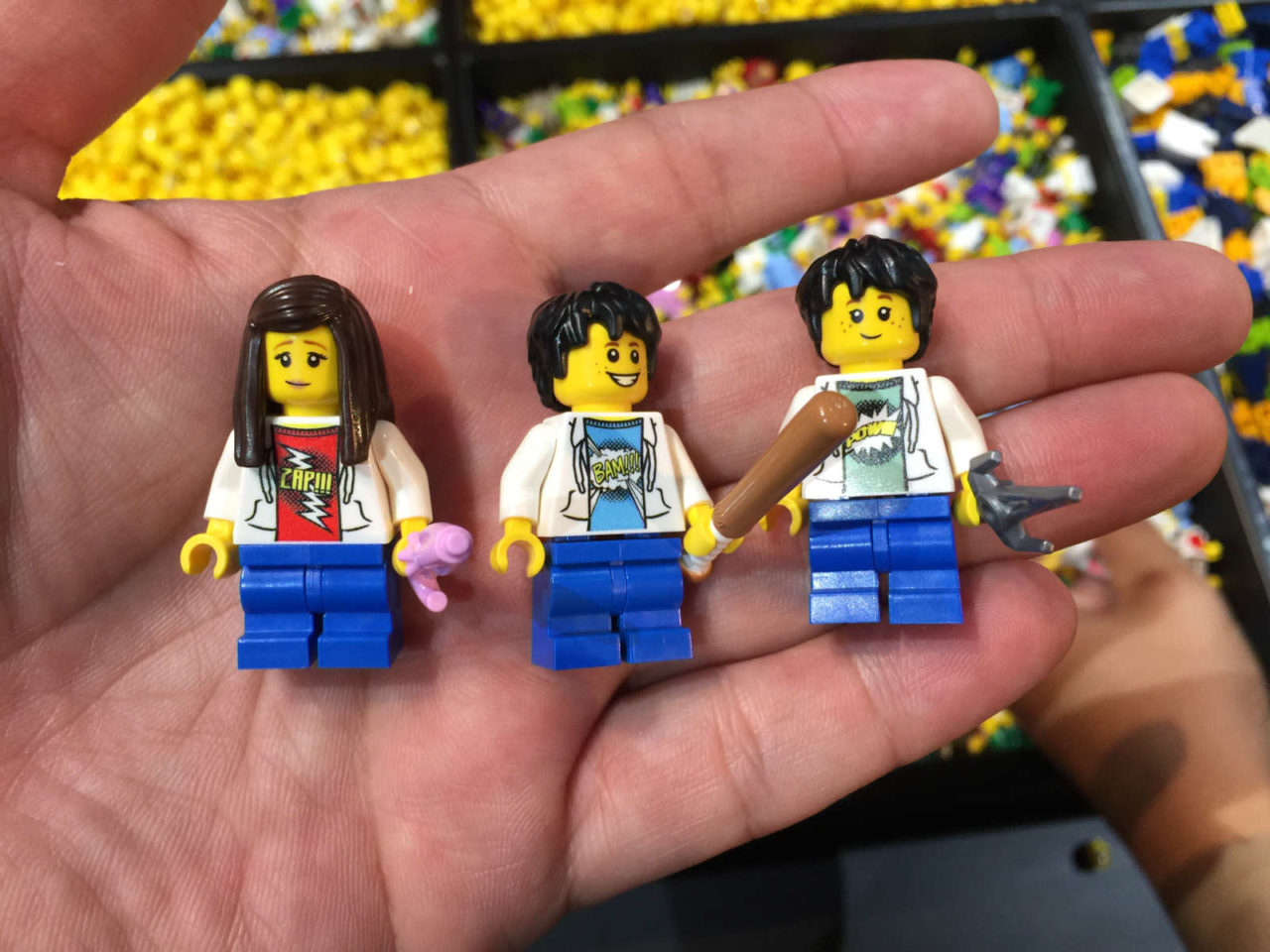 I didn’t really think too much of the dioramas and the minifig bar until I decided to make figs for my three kids. And then I made one for me and the wife. And then after that I looked at the dioramas and it all clicked and made total sense to me.

It’s hard to describe that moment of clarity of why anyone would want to spend the time to do this, but I got it and totally dug it.

The dioramas ranged from the abstract to familiar vignettes.

Oh, and did I mention that this was all free? The comic book and any minifig you created from the bar were free for the taking. Right? How awesome is that? So many booths selling stuff or showing off stuff they’re going to sell later. It’s quite refreshing to come across something that was free. Everything they offered was focused on YOU the customer. LEGO really knocked it out of the park. I’ve said it before and I’ll say it again: I’ll be the first to give LEGO honest criticism but their booth was awesome this year. Between this and the minifig giveaway, they did good! 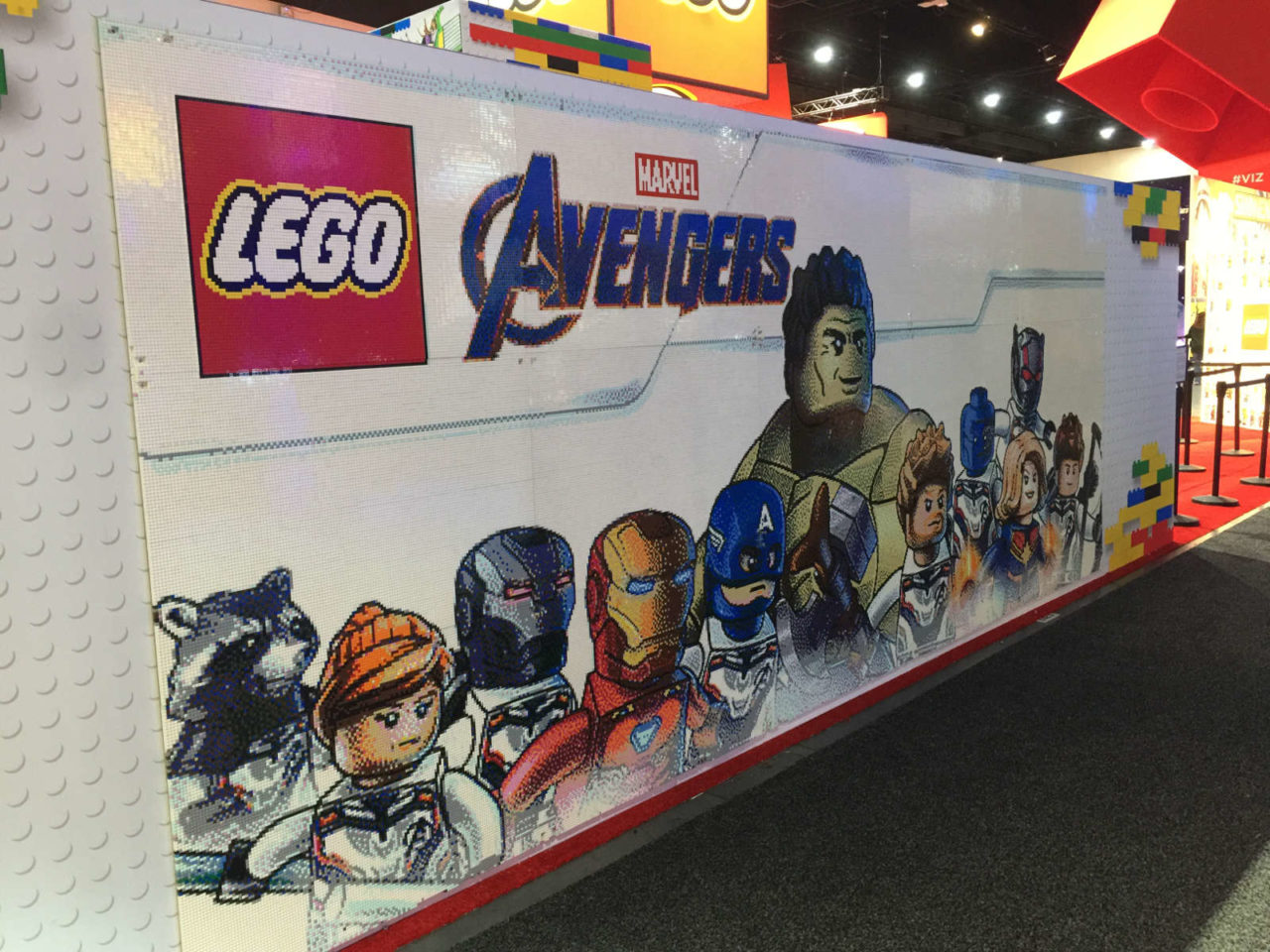