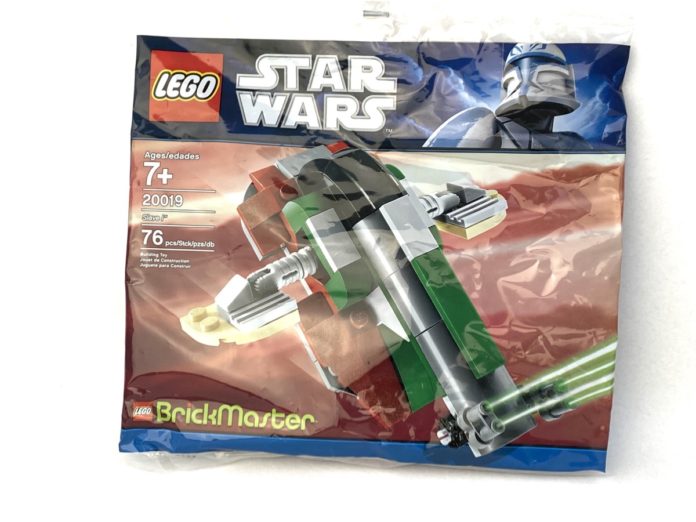 Today’s polybag, 20019 Slave I, was in no way intentionally picked for no reason whatsoever. Its appearance as the 30th polybag set to be reviewed during the same week as the finale to The Book of Boba Fett is purely coincidental. Also, my pants may be on fire. 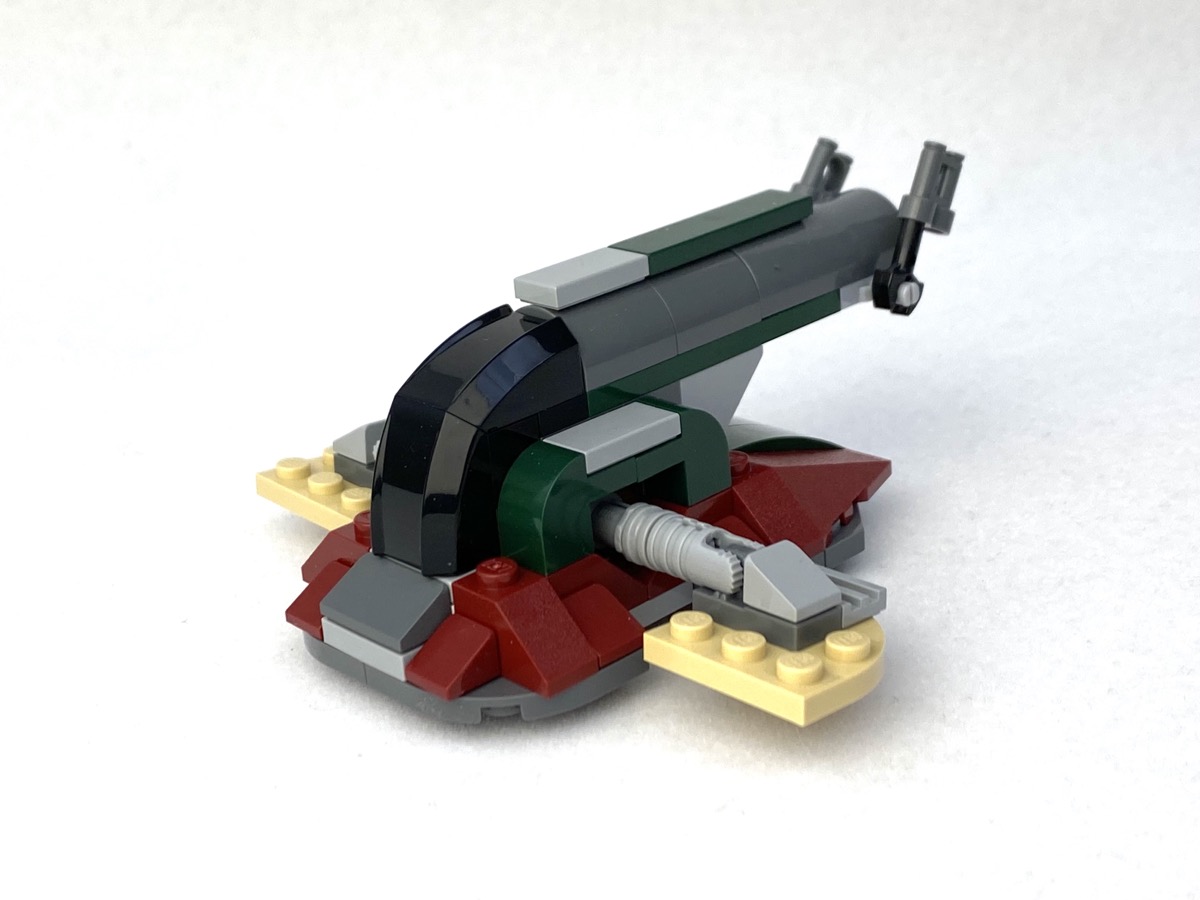 If I haven’t lost count, this is the third Brickmaster set to be reviewed and thankfully it meets the high bar set by the two previous sets, 20006 Clone Turbo Tank and 20018 AT-AT Walker, and even surpasses it. It’s not 100% perfect though, and all but one of the small imperfections can easily ignored. One of those is that for the canopy, it uses two “Black Slope, Curved 2 x 2 Lip” elements, one SNOTted in sideways to create the canopy. Trans-smoke would have been a better color choice but I’ll chalk this up to Boba being more rebellious in his youth and getting an illegal limo tint. Not a big deal; I rather like the limo tint look but I’m biased for reasons. A parts swap for this could be done easily enough. 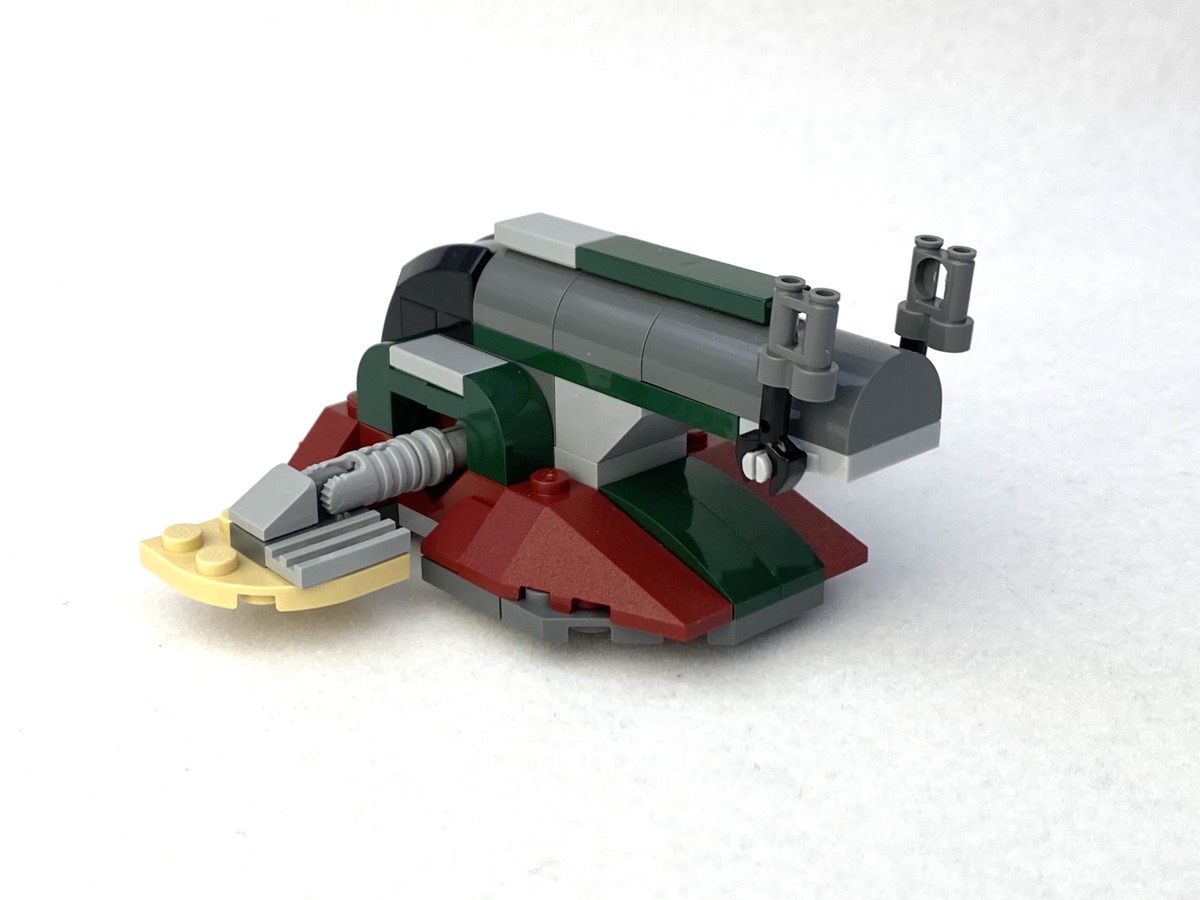 The second thing isn’t really a flaw, more of a wish list item. I kinda wish this thing had was a rear loading ramp. I kinda wonder if one could be finagled in there the way the loading ramp was done on 30279 Kylo Ren’s Command Shuttle with a bar plate and a flag element. 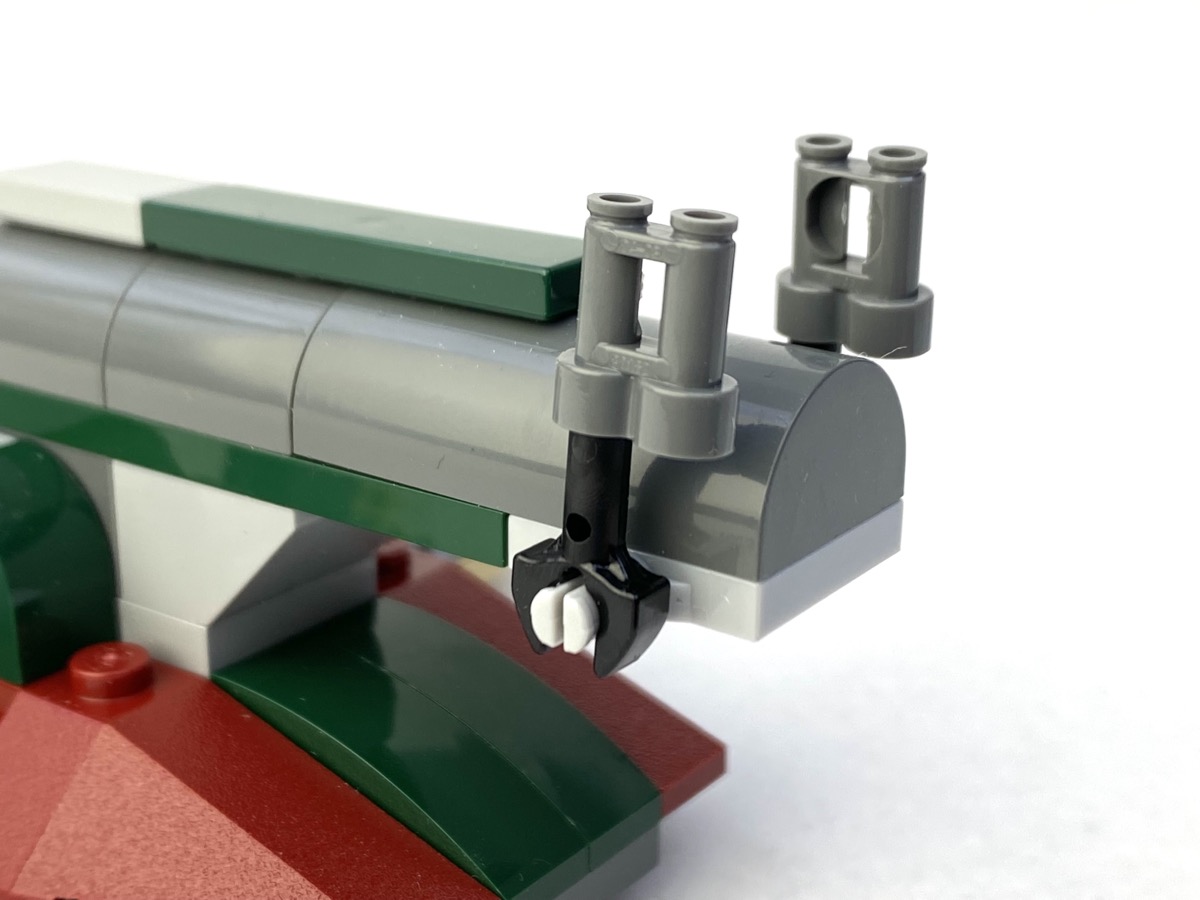 The third thing, and this is the most egregious, is the twin rotating blaster cannons. The binocular element jammed onto the end of the mechanical claw is a pretty weak connection. The mechanical claw clipped onto the wheel axles is a very strong connection. If you try and rotate the cannons you’ll end up nudging the binocular elements either out of alignment or completely off of the ends because of how much force is required. As long as you don’t touch these things, it looks fine I guess but it looks clunky and feels like an afterthought. And while I’m nitpicking, I do wish they were connected to each other so that rotating one would rotate both at the same time.

The repulsor lift stabilizers more than make up for the shoddiness of the tail cannons though. There’s an axle that crosses through the body of the ship and as long as you don’t clamp down the Technic Bushes too hard, it can freely rotate from grounded to flight mode. This, this is one of those things I look for in any Slave I model.

So really there’s only one real flaw to nitpick at, the other two are easily forgiveable. This is a great mini model of Slave I.

This set rocks! This may not be the last Slave I mini model we get, but it definitely sets a high bar for the next one. Highly swooshable with responsive repulsor lift stabilizers, it continues the high quality that we’ve come to expect from LEGO Brickmaster sets.