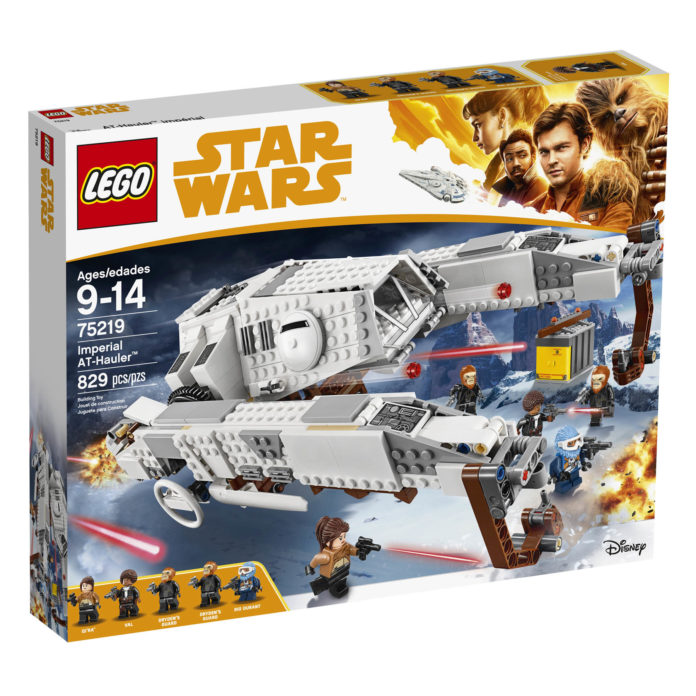 More sets from Solo: A Star Wars Story, a film FBTB didn’t like, have been officially revealed: 75215 Cloud-Rider Swoop Bikes ($29.99),Â 75217 Imperial Conveyex Transport ($89.99), and 75219 Imperial AT-Hauler ($99.99). Interesting thing about the Hauler set is that it appears it comes with another train car to complement the two-car Conveyex set. But I don’t think that’s the case. Based on the description, it looks like you can build a cargo container and that’s it. The train pictures that were included in that set’s image dump were probably included on the box for illustration purposes. So that you can combine the two sets and play with them together.

Yeah, ’cause that’s what fans of LEGO need to be taught: that the parts can be interchangeable.

All three sets will be available starting on August 1st. Those attending Comic Con may have a chance to buy them at the show as the retail booth has been able to get the August assortment early enough to sell there.

I got these pictures on Friday but I swear that I wasn’t banking these for the weekend when I might need to post during a slow day to keep the streak alive. Scouts honor. 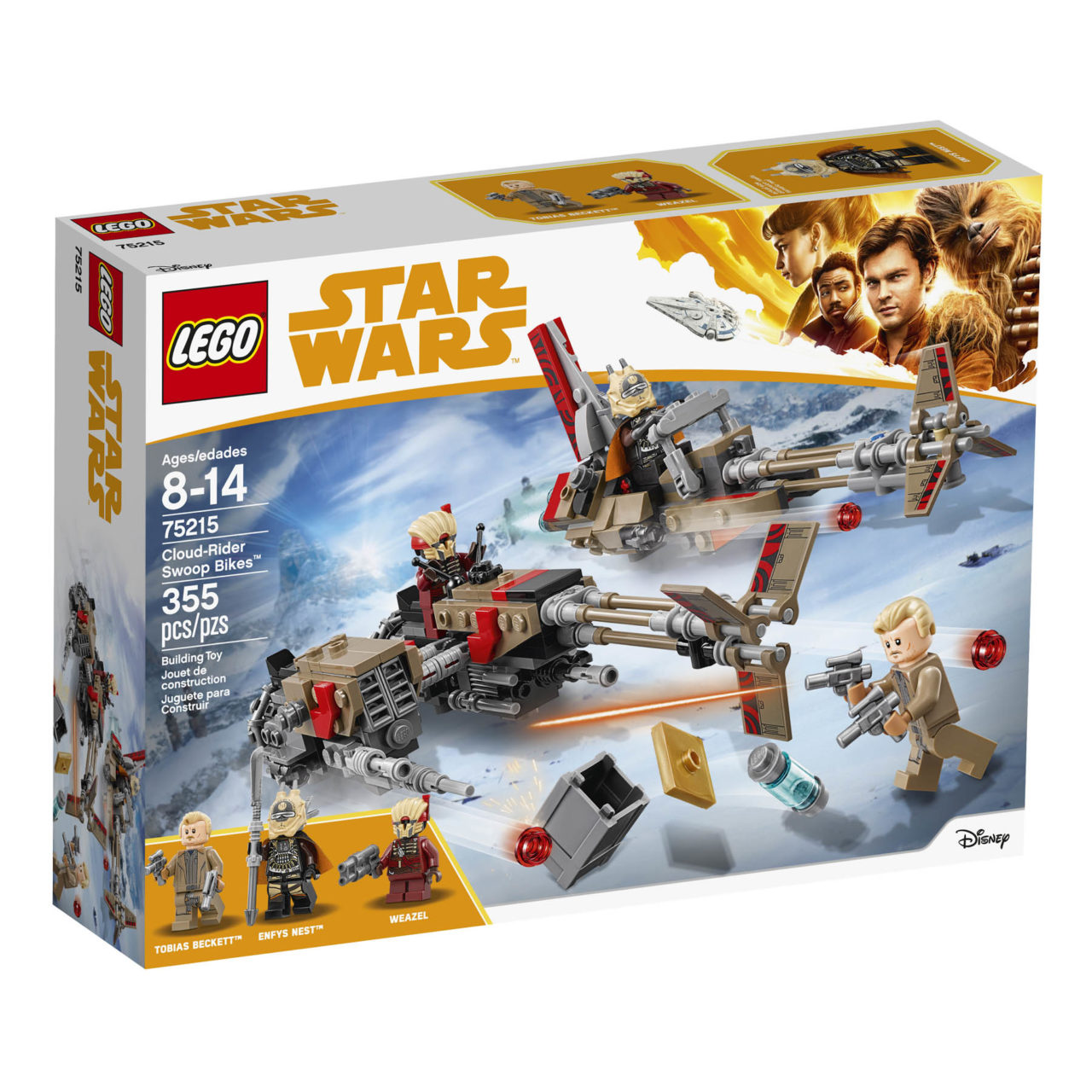 Help Tobias Beckett protect the precious coaxium from Enfys Nest and Weazel on their super-fast LEGOÂ® Star Wars 75215 Cloud-Rider Swoop Bikes! Each speeder has big engines for maximum speed and is armed with powerful stud shooters. Will Tobias escape before the greedy gangsters steal the coaxium? That’s for you to decide with this exciting LEGO Star Wars set! 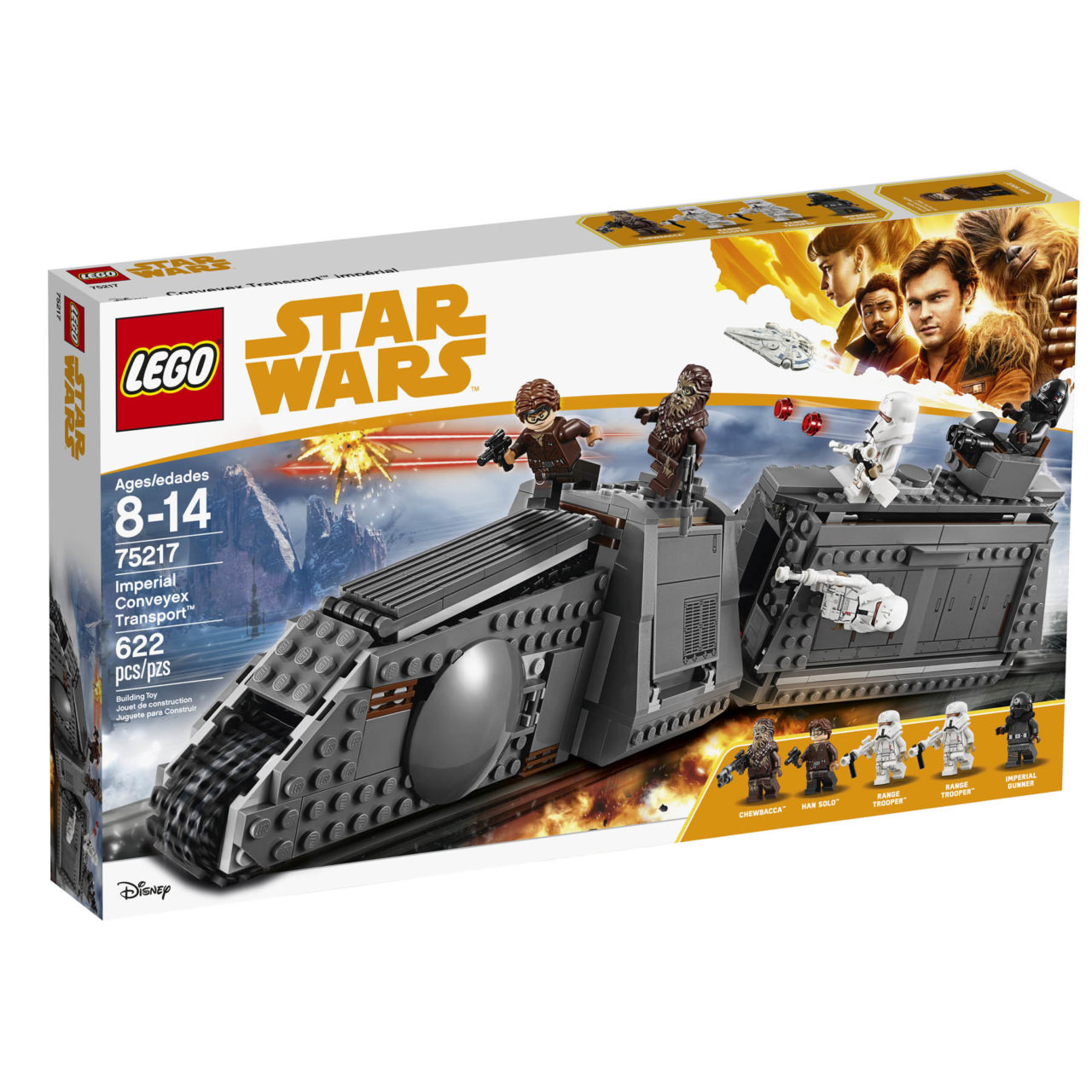 Jump aboard the speeding LEGOÂ® Star Wars 75217 Imperial Conveyex Transport with Han and Chewie for a daring raid! Dodge the gun on top and clamber onto the cargo wagon. Pop the sides to reveal the precious coaxium, but watch out for the Range Troopers with their magnetic bootsâ€”they could appear from anywhere! This LEGO Star Wars tracked locomotive is stopping for no one! 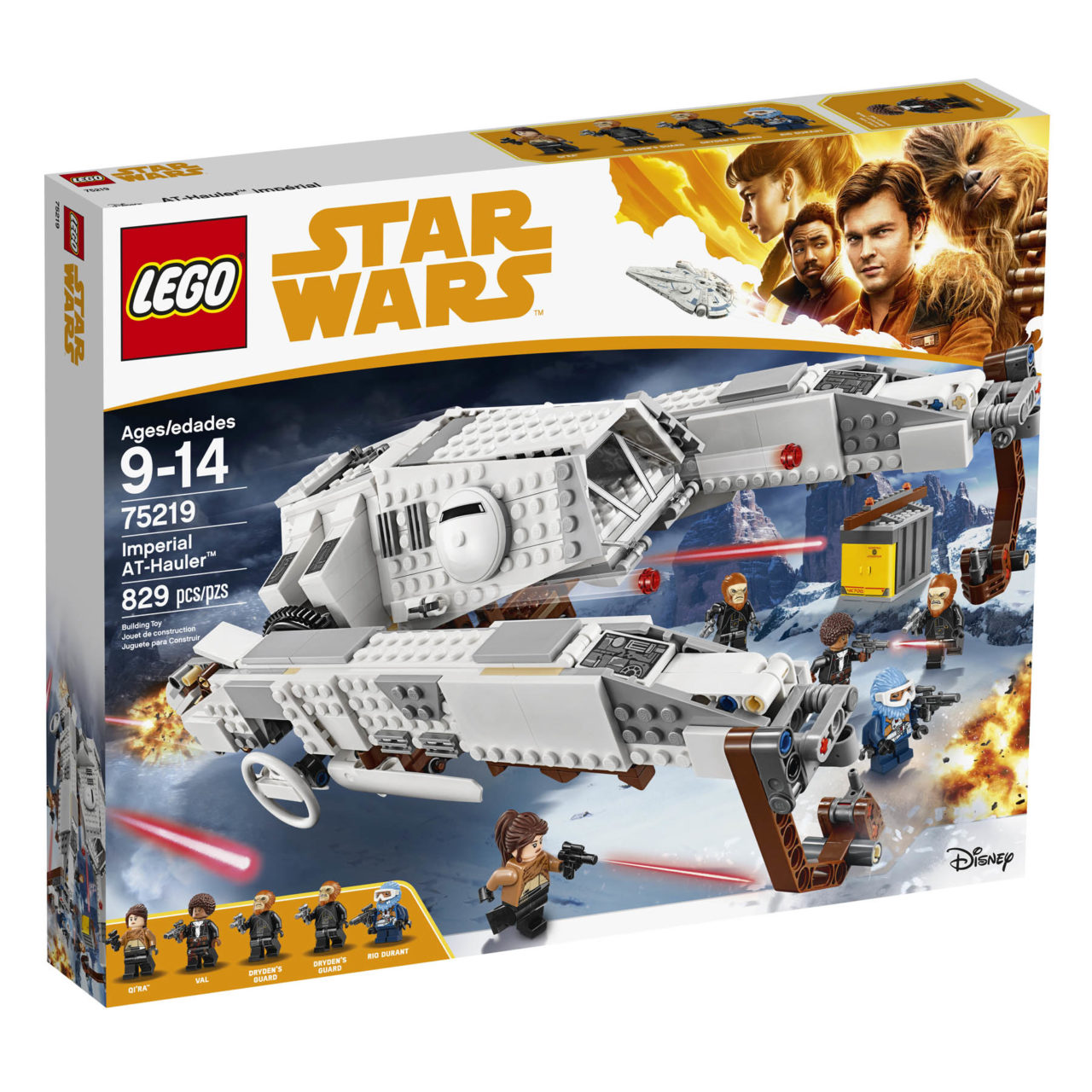 Transport heavy cargo with the LEGOÂ® Star Wars 75219 Imperial AT-Hauler! Sit Qiâ€™ra in the cockpit and Beckett crew members Val and Rio Durant on the platform underneath, fire up the engines and lift off. Rotate the lifter arms and fly into position above the cargo. Then latch on and lift it into the air for another on-time delivery. If Dryden’s guards try and hijack the precious cargo, fire the stud shooters to send them running!