So, guilty confession time… I have a very long history with a couple of types of tabletop gaming: miniature battle games (like Warhammer) and pen and paper RPGs (like Dungeons and Dragons). Often, tabletop gets linked directly to board games, which I’ve always looked at and thought “wow that looks like fun” but haven’t ever had a dedicated group or place to do it. When it comes to board games, I’m like that guy who really wants to get into rock climbing, and has a whole ton of gear but has never tried to actually go climb a wall.

I’ve been in a Dark Age for LEGO for a few years now; if I’m being honest with myself, it’s not really likely to end. That hobby was done in by having kids, other hobbies, and a very limited amount of space to display sets – and also some of the pricing and habits of LEGO. But the urge to build and make and make things my own is still strong, and that’s where things like miniatures and art have moved in to fill the void and attack my wallet.

The pandemic and related mess have me revisiting that again… there are a whole slew of single-player friendly* games, and my wife is trapped in the house too, so maybe I can convince her to play some of the games with me. I’ve wanted a fun “game night” get together with friends for ages, and was close to getting it set up before all this happened (coordinating activities when you all have kids isÂ hard).

For me, the ability to play single-player is the most attractive thing, mostly because tastes between all of us in the house vary so much. I like Sci-Fi and fantasy stuff, and I’ve gotten the rest of the family to watch a total of four Star Wars movies, none of them the same. I also tend to like things like miniatures games, mostly because I also play D&D and like to paint miniatures. It also supports my other hobby, having more miniatures than I will ever be able to reasonably paint in a lifetime.

So, I’m mostly going to talk about a bunch of games that I had and hadn’t really messed with, or that I’ve picked up since all of this started, and just go over them quickly. I’ll likely try to do some more in-depth reviews as well as I get more time with them. This is pretty unexplored waters for me, so I’m sure some of you are just shaking your head wondering “what took you so long,” but hopefully there are some others out there looking to get into a new hobby too.

Originally, I was going to do this as an all-in-one post, with a whole bunch of games, but as I was writing it, I had more than enough to say just about single games, or was looking at different things, so it made sense to focus in on the games. First up is Zombicide Black Plague and Green Horde, which I swear I was interested in well before we got into Real World Zombicide 2020, a tabletop miniatures game that supports between 1 and 6 players, perfect for lockdown fun time.

Okay, yeah… maybe getting into Zombie stuff, which usually has a tinge of “global outbreak” in the plot, as a hobby during a global pandemic sounds a bit weird, but I’d had my eye on this game for a long time. I still haven’t bought the actual base Zombicide game, which is set in modern day settings and plays out like a board game version of Dead Rising or things like that, just without all the glitches.

I was attracted to Zombicide for its offshoot Fantasy settings Black Plague (yeah, still, I know) and Green Horde. I wanted them mostly because the miniatures looked interesting and would be fun to paint and use in some D&D campaigns. Once I had that little hit, I had to jump into the sci-fi side as well and pick up Invader. After that, things got kind of fuzzy, I spent a bit too much time on eBay, and let’s just say…

The big draw in these games is that they’re cooperative and not competitive; you can only win by working together, not working against one another. There’s enough selfish in the world, so it’s more fun to focus on solving something together. Also, the rules easily extended to allowing me to play it alone, or with my wife (who would begrudgingly play it… despite not liking Sci-Fi or Fantasy).

It’s a fun game, though it can be a bit overwhelming. The horde mechanic, where the game can just get entirely out of hand, can happen quickly. If I was playing in a group, that’s the sort of thing you start laughing hysterically over and talk about for the next few weeks. By yourself… it’s kind of a bummer. It’s a fun challenge, but that’s all it is. There’s a social aspect that’s important in games that the pandemic has really shown a spotlight on.

Miniature board games are interesting because they can hit a couple of different markets… both tabletop or miniature collectors. Black Plague comes with a staggering 71 miniatures (6 heroes, the rest zombies), dashboards and hero cards for 6 characters, 9 big terrain tiles, and the dice, cards, and tokens you’ll need to play… oh, and a rulebook, which is also available for free as a PDF download.

Even if you’re not going to play the game, it’s hard to discount the value that you’re getting just from a miniature point of view (not to mention useful things like tokens and the terrain cards). These are highly detailed miniature sculpts… and while they’re not going to match something like Games Workshop for quality, they can easily hang with Wizkid’s Nolzur’s (D&D) and Deep Cuts (Pathfinder) stuff. There are little gaps in them, and they’re mostly all one-piece that includes a base, but the detail is fantastic and they’re comparable size to the stuff mentioned.

They use a 32mm scale (same as Games Workshop’s Warhammer 40k and Age of Sigmar), compared to the ~28mm in the other, but the difference is so small that they work perfectly next to one another. It’s better than Crisis Protocol’s 35mm scale, anyway. The majority of the creatures are going to be monsters, as well, which is typically more useful for role playing games… you only need so many characters and NPCs, but there’s no such thing as too many monsters.

For the value, these figures can do a lot to build up a horde of interesting undead and zombies while giving you a lot of characters that can be dropped into a game. The game also comes with plenty of scenarios and tiles, and there are others you can go and find (official and unofficial). Plus, switching up heroes and available zombies can keep the scenarios fresh, add new challenges, or just give some fun new spins to the game.

The board elements are what give the variety to games like this, and the tiles are all double-sided sturdy cardboard. The scenarios in the rulebook, and available in the expansions or on their website, take combinations of a few, so there’s variety between them. The tiles have the various rooms, roads, and markers that all make sense, and are mixed with the cardboard tokens that come along with the game.

For Black Plague and Green Horde, especially, there are a lot of additional things you can pick up. There are three expansions No Rest for the Wicked for Green Horde (sadly out of stock everywhere), Wulfsburg for Black Plague, and Friends & Foes for both (harder to get, but not impossible). There are also several character and hero packs, of varying difficulty to find, if you want to build up an excessive amount of miniatures you have to find a spot for.

There are also plenty of upgrades available for sale, even if a lot of the monsters and characters were tied up on Kickstarter. There are a lot of “Special Guest” boxes, with heroes and other characters designed by artists and illustrators. While not quite the value of the base box, they add variety, and several of them will have cards that can be used as heroes or necromancers. There are also extra packs for monsters, like Deadeye Archers and Zombie bosses. In short, if you enjoy the game, there will be plenty of stuff to keep you playing even once you get through everything that comes in the box, as long as you want to keep investing.

I look forward to being able to play this once getting into a gaming group is only a risk of spilling something on the table or being the one getting all the grief for making a bad play instead of… you know… covid. 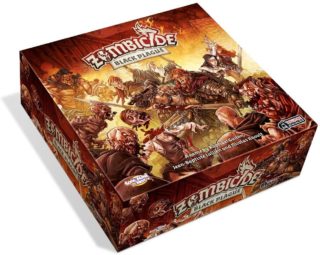 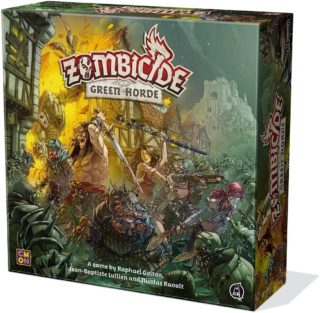 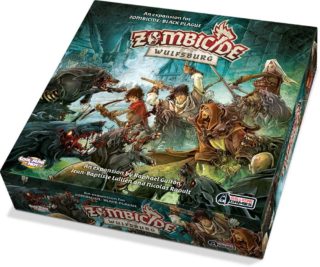 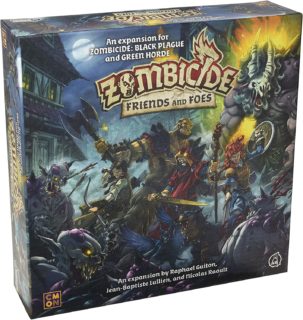