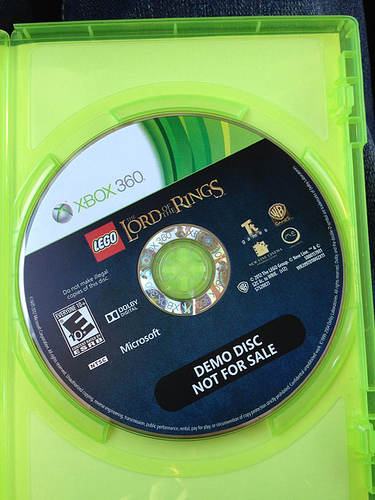 Update: It has been confirmed by IGN that even though the disc is labeled as a demo, it does contain a fully playable copy of the game. The demo disc is a result of a labeling error. Also, WB is issuing a recall for those consumers that wish to get a non-error disc. You may contact customer service by email at support@wbgames.com or phone at 410-568-3680.

GameInformer is reporting that some shipments of the Xbox 360 version of the LEGO Lord of the Rings game contains a demo disc instead of the actual game disc. Some Gamestop locations are opening up the jewel cases to make sure customers get the correct product. If you’re planning on picking up the game for the Xbox, be sure to open it at the store so you’re not surprised in a bad way when you get home.

Barnes&Noble Has BOGO 50% All LEGO