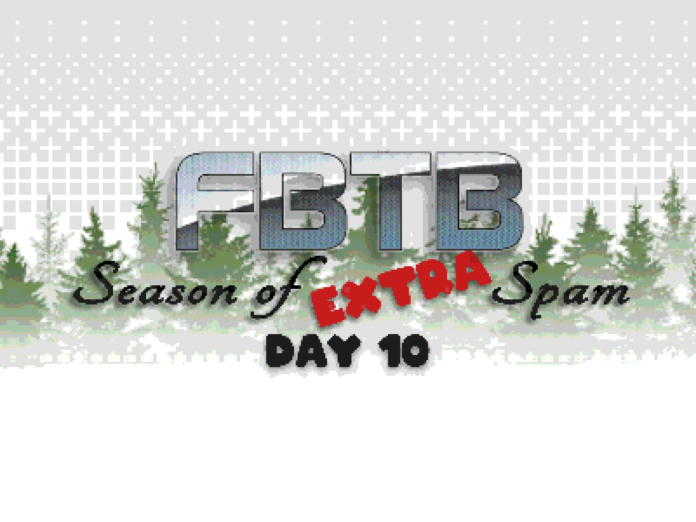 Ten days in and Star Wars is ahead by a couple of parsecs. I’m going to go out on a limb here and say that Star Wars will maintain its lead until the end. Let’s see how the numbers stack up: 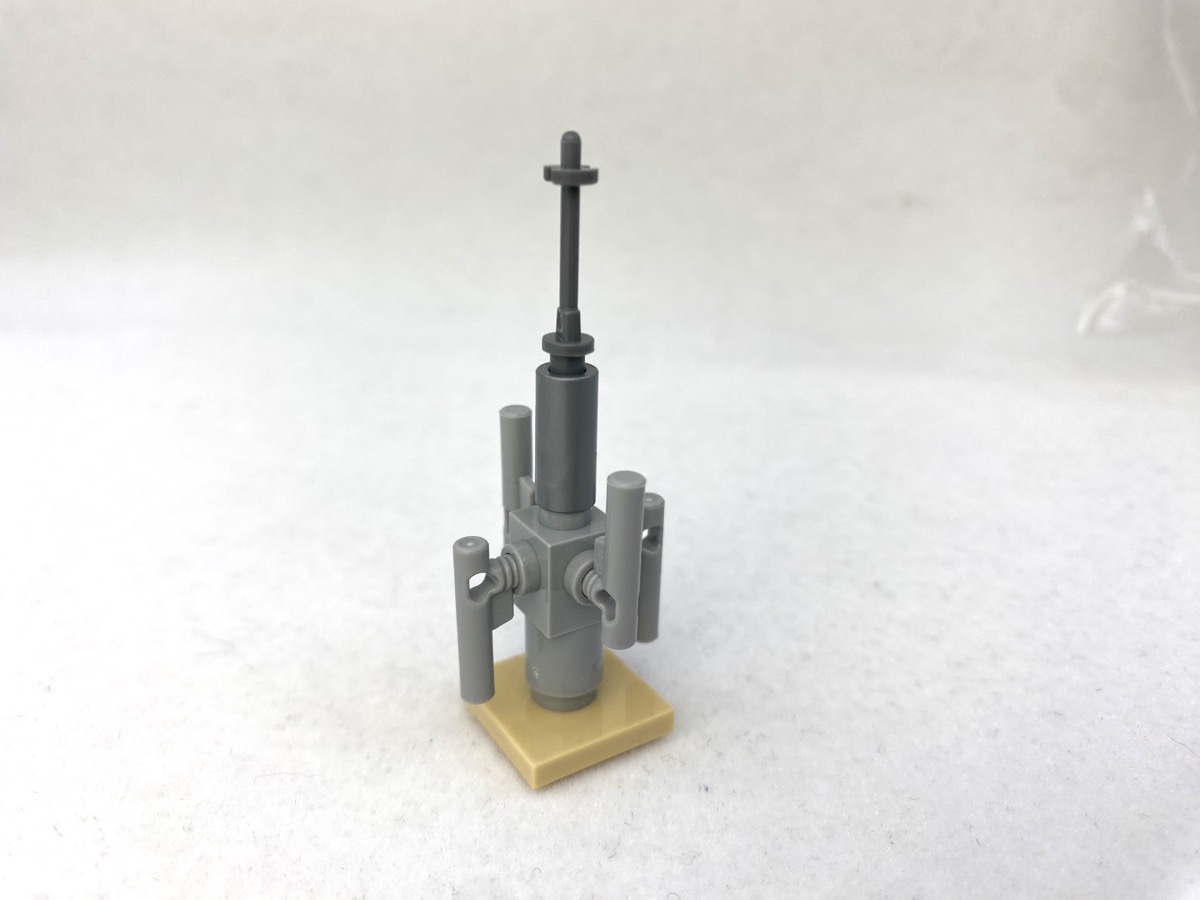 I guess the Star Wars winning streak had to end at some point. Today’s build is a moisture vaporator. It’s okay, I guess. I do remember that sometimes if not most of the time the LEGO Star Wars Advent Calendar tends to do thematic builds in pairs. But they were one after the other. Yesterday’s build was Yuletide C-3PO so that kinda doesn’t really go with this thing. and I’m not sure what tomorrow’s going to bring so it could still be a themed pair situation here. It does go really well with Day 7’s Luke’s Landspeeder build, though, like almost too perfectly. Still, not that exciting by itself. I suppose it could be worse but it could have definitely been better.

So far I’ve been largely unimpressed with this calendar. Does that change today?

Aside from getting a Hogwarts Dining Table every year, it’s rare that we get a repeat build. Except this year, since I guess LEGO couldn’t think of anything better to use for the Goblet of Fire…than this. 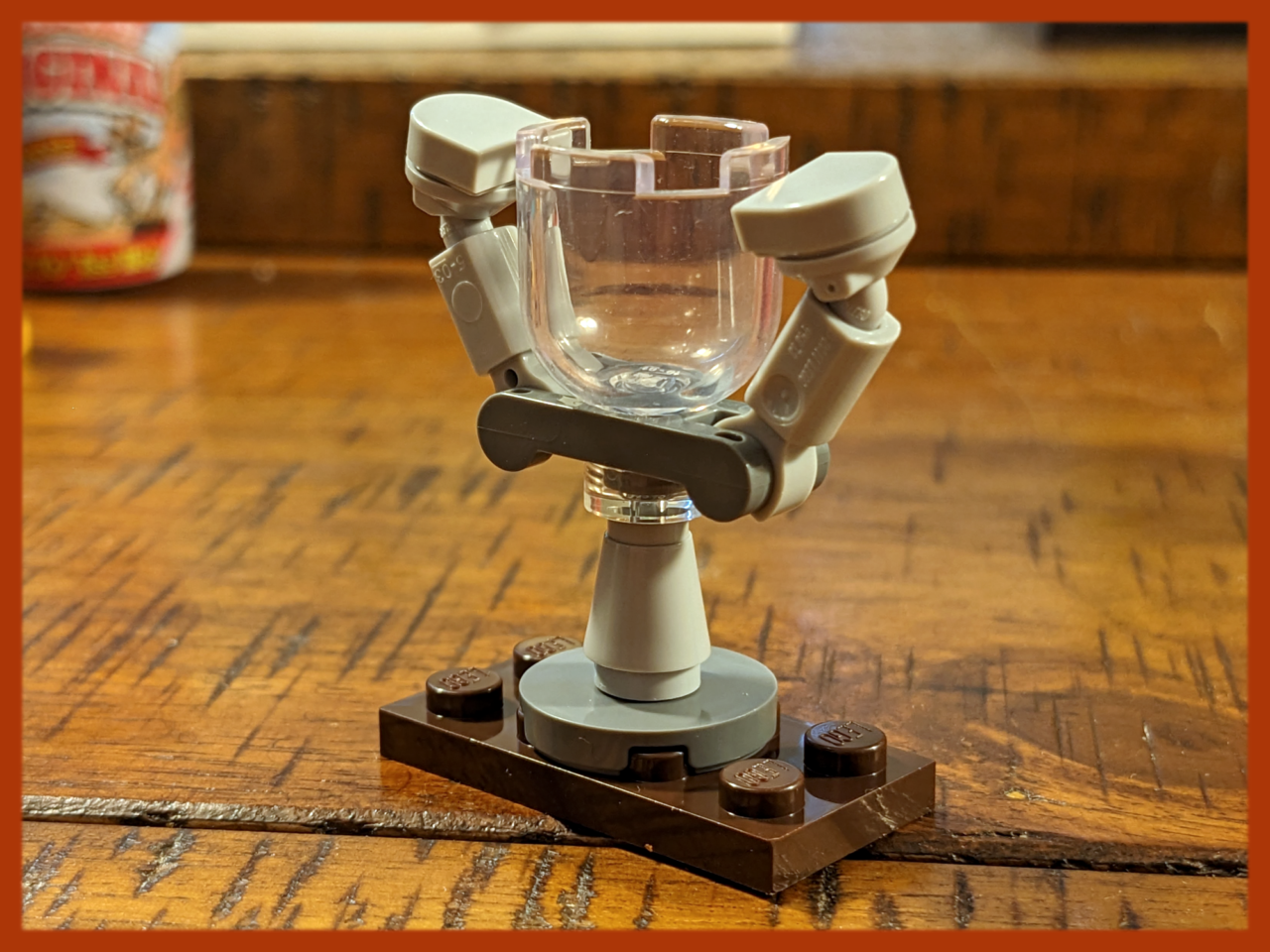 There it is. Okay, small note – this isn’t the Goblet of Fire. The Goblet looks just like a stone cup. This is – I believe – the Triwizard Cup. Still, we did get this same thing in 2020. I threw up a comparison to the 2020 version in the video, but in case you missed it, here it is.

I guess this could be something else, but I really don’t know what. I’m open to ideas. I prefer just turning the Cup into this: 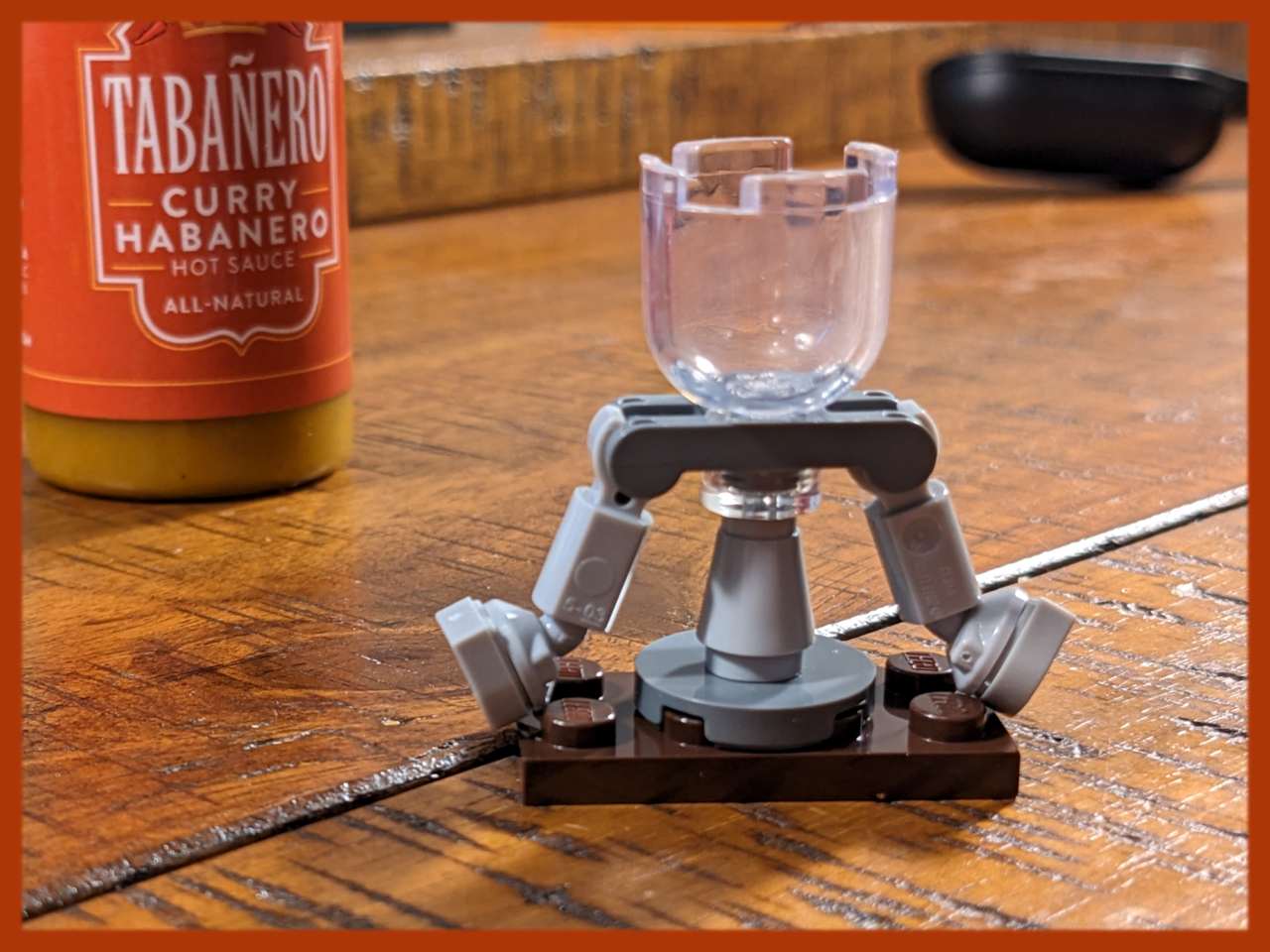 A little robot friend. Also, you see that hot sauce in the background – CURRY HABANERO? The most delicious one yet. Can’t recommend it enough.

Too bad the build sucks, though. 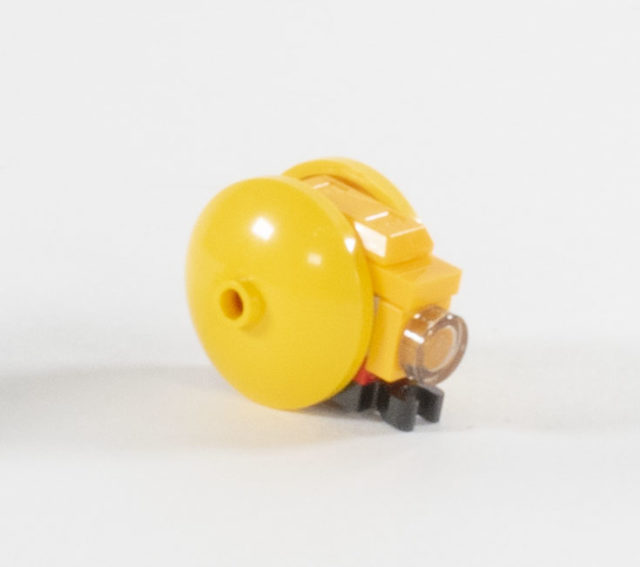 Oh, hey, an actually little micro-buld. We’re finally getting those standard part of the Advent Calendars in this thing on *checks notes* Day 10 of this whole mess. It’s a good little build, but also kind of shows off a fundamental problem with the designs of Guardians of the Galaxy, in that originally I thought this was the mining pods from the original film that Gamora and Peter went out too far from Nowhere in.

It’s a fine little thing, and nice that we are finally getting on theme.

Ah, the Iron Hands, the sons of the Medusa, the chapter that probably got the shortest end of the stick in the stories of the Horus Heresy because their Primarch is mostly known for being a chump and having the noteriety of being literally the first one to die after having his head removed by his closest friend and brother Fulgrim after he turned traitor. And this was after said Primarch spared said traitor brother because he was the “good” guy (though 40k doesn’t really have those).

Of course, all of this was happening during a battle called “The Drop Site Massacre” where three whole legions were being wiped out, the Iron Hands among them (the Raven Guard and the Salamanders were also there – technically, another Primarch died that day, but he got better). So, you know, maybe things were bound to get pretty bad.

With a name like the Iron Hands, you might think they like machines. And you’d be right, but see, they also like being machines. The name comes from the fact that their primarch, Ferrus Manus (yeah, which is Latin for “Iron Hand” – this is not a game that believes in “subtlety”) had hands covered in living metal. He was a talented smith and skilled designer, and could literally work a forge directly with his hands. So his soldiers would go about replacing things, anything, with cybernetics, replacements, and the like. To be more “perfect.”

Absolutely nothing could ever go wrong with that.

After his death, they were greatly reduced in number, to the point they became one of the Shattered Legions, and have never, even in 10,000 years, truly recovered. They still survive, led by a council of Iron Fathers, Chapter Masters and captains of other Space Marine Chapters, who guide and lead the Chapter, but have never formed more than a couple dozen successors (compared to the hundreds from chapters like the Ultramrines, Imperial Fists, or Blood Angels).

Unlike any of the others, they also don’t hold a deep reverence for their founding Primarch, since they view flesh as weakness, and it was his flesh that ultimately cost him his life. This may have something to do with the fact that shortly after they were Shattered, the Mechanicum, the robot cult on Mars who believe in the “Machine God” (who may or may not be an ancient mechanical dragon defeated on Earth in the Sumerian period by the Emperor of Man, imprisoned there, and then set up as a future way to manipulate the cult – 40k, it’s just kinda bonkers), sort of rewrote their whole history and decided that they were gonna have their pet Space Marine legion now by lying to them about stuff.