Well, it’s come and gone. BrickCon 2009, the best Lego convention this side of the Mississippi (until “Bricks by the Border” in SoCal in 2011, mark your calendars) was a blur that I’m still recovering from. And so I bring you a belated recap post.

First, the sad news. There was no BothCon this year. The absence of Mike “Count Blockula” Crowley and Don “Don Solo” Solo took quite a bit of wind out of the sails for any potential plans, and we had to pass on the festivities this year. If you want another BothCon, send them your money so they can help me run our little private FBTB party again! 😉

But oh! Good news! Lego presented us with some Toy Story set news and stills. This not-so-intrepid photographer doesn’t have great pictures of the slideshow itself, but I bear gifts of set numbers (with links to the aforementioned not-so-great shots) and followed by much nicer shots of the sets in their display case (photography by Sean Forbes used with permission) 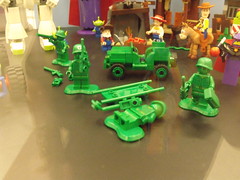 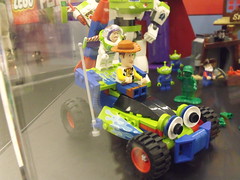 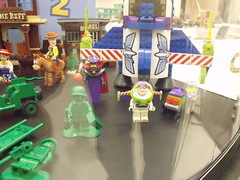 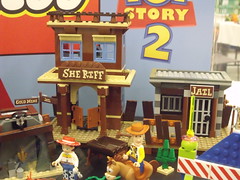 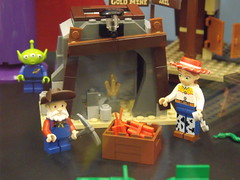 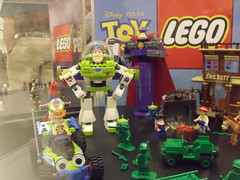 Random tidbit: Toy Story 1 and 2 sets will be branded “Toy Story” with a unified box design. When Toy Story 3 premieres later next year, it will feature its own branding and box design.

at the 50% off “scratch n’ dent” sale. Others luckier than me got their hot little hands on them first.

Excellent news: as per Steve Witt’s Q&A, the Star Wars line is going nowhere. Someone on the other side of the room who mumbled like my toothless grandma asked an indecipherable question about the fate of our beloved Star Wars sets when the license ends. The intrepid Witt responded with comments about SW being one of Lego’s most stable and profitable lines, and no one need fear it’s departure anytime soon.