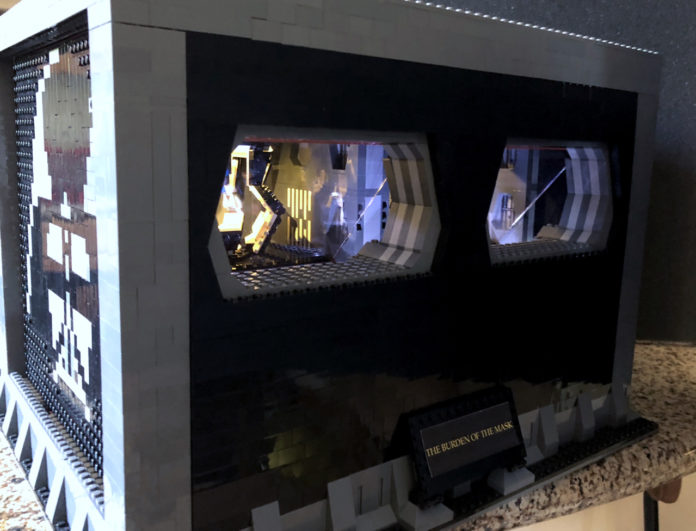 In all the E3 madness, I haven’t forgotten to post LEGO stuff. This post is going to focus on last weekend’s Best in Show winner, The Burden of the Mask by Travis Hiner.

The Burden of the Mask is basically a big box made to look like a mask. On each side is a mosaic, one of Darth Vader and the other of Kylo Ren:

In each eye is a small vignette of those two characters pondering their life choices while staring at a mask a la Hamlet and his skull.

But once he flips the switch, the real magic happens. The ghosts of their past victims appear:

If you’ve ever been on the Haunted Mansion ride at Disneyland, this works on the same principle. A pane of glass is propped at a 45 degree angle and a light is cast on ghosts that are built at a 90 degree angle in front and below the main scene:

It’s kind of hard to show the way it’s constructed but hopefully you get the idea because the end result is pretty great. 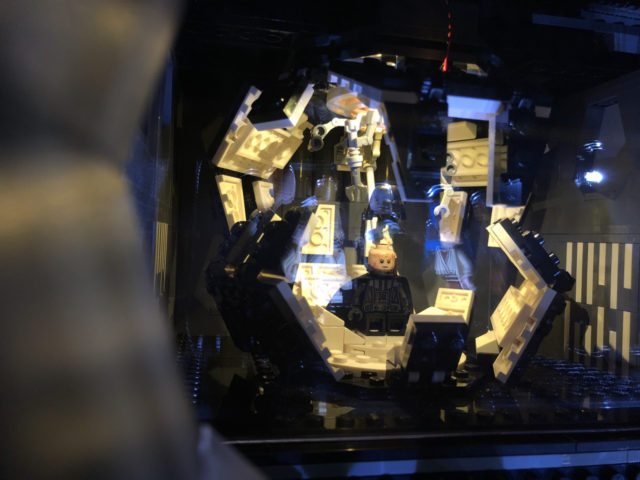 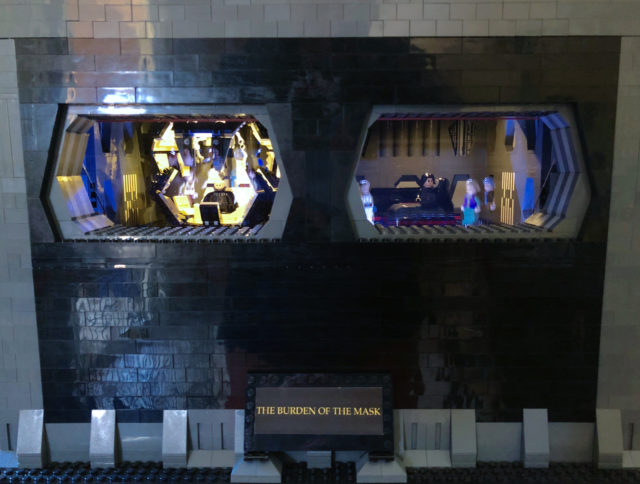